Friends are forever asking me about the surf on the great beach and whether I am not sometimes troubled or haunted by its sound. To this I reply that I have grown unconscious of the roar, and though it sounds all day long in my waking ears and all night long in my sleeping ones, my ears seldom send on the long tumult to the mind. I hear the roar the instant I wake in the morning and return to consciousness; I listen to it awhile consciously and then accept and forget it; I hear it during the day only when I stop again to listen, or when some change in the nature of the sound breaks through my acceptance of it to my curiosity.

They say here that great waves reach this coast in threes. Three great waves, then an indeterminate run of lesser rhythms, then three great waves again. On Celtic coasts it is the seventh wave that is seen coming like a king out of the gray, cold sea. The Cape tradition, however, is no half-real, half-mystical fancy, but the truth itself. Great waves do indeed approach this beach by threes. Again and again have I watched three giants roll in one after the other out of the Atlantic, cross the outer bar, break, form again, and follow each other in to fulfilment and destruction on this solitary beach. Coast Guard crews are all well aware of this triple rhythm and take advantage of the lull that follows the last wave to launch their boats.

It is true that there are single giants as well. I have been roused by them in the night. Waked by their tremendous and unexpected crash, I have sometimes heard the last of the heavy overspill, sometimes only the loud, withdrawing roar. After the roar came the briefest pause, and after the pause the return of ocean to the night’s long cadences. Such solitary titans, flinging their green tons down upon a quiet world, shake beach and dune. Late one September night, as I sat reading, the very father of all waves must have flung himself down before the house, for the quiet of the night was suddenly overturned by a gigantic tumbling crash and an earthquake rumbling; the beach trembled beneath the avalanche, the dune shook, and my house so shook in its dune that the flame of a lamp quivered and pictures jarred on the wall. 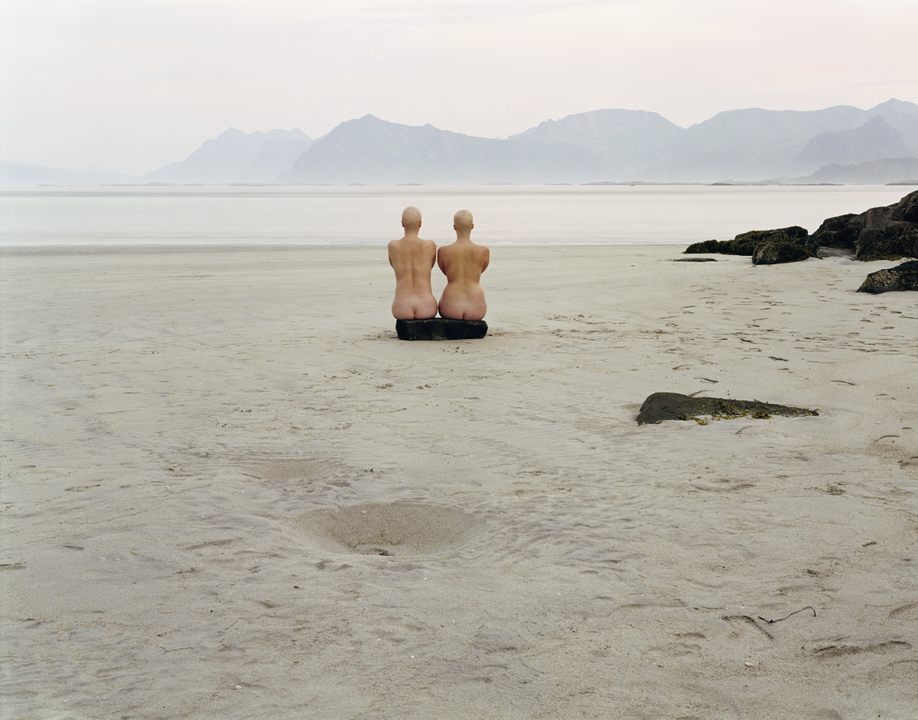 The three great elemental sounds in nature are the sound of rain, the sound of wind in a primeval wood, and the sound of outer ocean on a beach. I have heard them all, and of the three elemental voices, that of ocean is the most awesome, beautiful, and varied. For it is a mistake to talk of the monotone of ocean or of the monotonous nature of its sound. The sea has many voices. Listen to the surf—really lend it your ears—and you will hear in it a world of sounds: hollow boomings and heavy roarings, great watery tumblings and tramplings, long hissing seethes, sharp rifle-shot reports, splashes, whispers, the grinding undertone of stones, and sometimes vocal sounds that might be the half-heard talk of people in the sea. And not only is the great sound varied in the manner of its making, it is also constantly changing its tempo, its pitch, its accent, and its rhythm, being now loud and thundering, now almost placid, now furious, now grave and solemn-slow, now a simple measure, now a rhythm monstrous with a sense of purpose and elemental will.

Take back your golden fiddles, and we’ll beat to open sea.

Every mood of the wind, every change in the day’s weather, every phase of the tide—all these have subtle sea musics all their own. Surf of the ebb, for instance, is one music, surf of the flood another, the change in the two musics being most clearly marked during the first hour of a rising tide. With the renewal of the tidal energy, the sound of the surf grows louder, the fury of battle returns to it as it turns again on the land, and beat and sound change with the renewal of the war.

The seas are the heart’s blood of the earth. Plucked up and kneaded by the sun and the moon, the tides are systole and diastole of earth’s veins.

The rhythm of waves beats in the sea like a pulse in living flesh. It is pure force, forever embodying itself in a succession of watery shapes which vanish on its passing.

I stand on my dune top watching a great wave coursing in from the sea and know that I am watching an illusion, that the distant water has not left its place in the ocean to advance upon me, but only a force shaped in water, a bodiless pulse-beat, a vibration.

Consider the marvel of what we see. Somewhere in the ocean, perhaps a thousand miles and more from this beach, the pulse beat of earth liberates a vibration, an ocean wave. Is the original force circular, I wonder? And do ocean waves ring out from the creative beat as they do on a quiet surface broken by a stone? Are there, perhaps, ocean circles so great and so intricate that they are unperceived? Once created, the wave, or the arc of a wave, begins its journey through the sea. Countless vibrations precede it, countless vibrations follow after. It approaches the continent, swings into the coast line, courses ashore, breaks, dissolves, is gone. The innermost waters it last inhabited flow back in marbly foam to become a body to another beat, and to be again flung down. So it goes night and day, and will go till the secret heart of earth strikes out its last slow beat and the last wave dissolves upon the last forsaken shore.

From The Outermost House. Having received his MA from Harvard University in 1911, Beston traveled to France—“the first place in which I encountered and knew and loved the earth”—and served in World War I as an ambulance driver. In 1926 he went to the Cape Cod cottage that he designed and named Fo’castle, realizing that “the longer I stayed, the more eager was I to know this coast and to share its mysterious and elemental life.” Beston died at the age of seventy-nine in 1968; ten years later Fo’castle was swept out to sea in a storm.