Having learned which way the Guerrière was steering when last seen, we crowded all sail in that direction. We steered a northeast course for several hours, until the morning of August 19. This was the day of the battle.

We now changed our course and steered southeast, with a good breeze. At ten o’clock, the lookout cried, “Sail ho!”

“Where away?” inquired the lieutenant in command.

“Two points off the larboard bow, sir!” was the reply.

Commander Hull had now come on deck. His first order was to a midshipman. “Mr. German! Take the glass and go aloft. See if you can make out what she is.”

German was soon above us, looking intently in the direction named.

“What do you think?” asked Hull, with animation.

“Never mind,” added Hull. “You can come down, sir, Mr. Adams.” Addressing another officer: “Call all hands. Make sail for her!”

But before all hands could be called, there was a general rush on deck. The word had passed like lightning from man to man, and all who could be spared came flocking up like pigeons from a net bed. From the spar deck to the gun deck, from that to the berth deck, every man was roused and on his feet. All eyes were turned in the direction of the strange sail, and quick as thought, studding sails were out fore and aft.

The stranger hauled his wind and laid to for us. It was evident that he was an English man-of-war, of a large class, and all ready for action. In one of her topsails we read these words: not the little belt.

We understood this to mean that the ship we were now approaching was not the Little Belt, which had been previously attacked. But we knew that very well, and subsequent events proved that they might have saved themselves the trouble of telling us of it. We saw it was the vessel we wanted to meet, not the Little Belt but the big Guerrière, of thirty-nine guns.

As we came up, she began to fire. They were evidently trying to rake us. But we continued on our course, tacking and half-tacking, taking good care to avoid being raked. We came so near on one tack that an eighteen-pound shot came through us under the larboard knight-head, striking just abaft the breech of the gun to which I belonged. The splinters flew in all directions, but no one was hurt.

Another stray shot hit our foremast, cutting one of the hoops in two. But the mast was not otherwise injured, and the slight damage was soon repaired.

Hull was now all animation. He saw that the decisive moment had come. With great energy, yet calmness of manner, he passed around among the officers and men, addressing to them words of confidence and encouragement. “Men!” he said, “now do your duty. Your officers cannot have entire command over you now. Each man must do all in his power for his country.”

At this moment a man was killed on our spar deck. He fell by the side of long tom, a large gun loose on deck, and never rose again.

Hull determined on closing with the enemy.

“We can’t get our guns to bear, as she now lies,” was the answer.

“Never mind, my boys!” he said to the men. “You shall have her as close as you please. Sailing master! Lay her alongside!”

Being thus arrived in good harbor, and brought safe to land, they fell upon their knees and blessed the God of heaven who had brought them over the vast and furious ocean and delivered them from all the perils and miseries thereof, again to set their feet on the firm and stale earth, their proper element.

We came up into the wind in gallant style. As we fell off a little, the Guerrière ranged by us her whole length.

The Stars and Stripes never floated more proudly than they did at that moment. All was silent beneath them, save the occasional order from an officer or the low sound of the movement of our implements of war. Every man stood firm at his post.

“No firing at random!” cried Hull in a subdued tone of voice. “Let every man look well to his aim.”

This was the pride of American seamen. Correctness in taking aim did more than anything else in securing the naval victories of the war.

“Now close with them!” cried Hull, raising his voice to its sternest note of command so that it could be heard on the enemy’s decks.

“Alongside with her, sailing master.”

A whole broadside from our guns followed this command. The Constitution shook from stem to stern. Every spar and yard in her was on a tremble. But no one was hurt by the recoil of the guns, though several were made deaf by the noise. We instantly followed the thunder of our cannon with three loud cheers, which rang along the ship like the roar of waters and floated away rapidly to the ears of the enemy.

When the smoke cleared away after the first broadside, we saw that we had cut off the mizzen-mast of the Guerrière, and that her main yard had been shot from the slings. Her mast and rigging were hanging in great confusion over her sides and dashing against her on the waves.

This discovery was followed by cheers from the Constitution and the cry, “Huzzah, boys! We’ve made a brig of her! Next time we’ll make her a sloop!”

The Guerrière returned our fire with spirit—but it passed too high and spent its force among our light spars, rigging, and sails. Our fore-royal truck was shot away, with two pairs of halyards; the flag was hanging down on the shivered mast in the presence of the enemy.

Several shots now entered our hull. One of the largest the enemy could command struck us, but the plank was so hard it fell out and sank in the waters. This was afterward noticed, and the cry arose, “Huzzah! Her sides are made of iron! See where the shot fell out!”

From that circumstance the name of the Constitution was garnished with the familiar title “Old Ironsides.” By this she is known around the world.

The braces of both ships were now shot off. The Guerrière swung round into our mizzen rigging, so that a part of her laid right over our taffrail. One might see the whites of the eyes and count the teeth of the enemy. Our stern guns were pouring in upon them so that we raked the ship fore and aft. Every shot told well. In a few moments the foremast was gone, and our prediction was fulfilled. The great Guerrière had become a sloop. Soon after, the mainmast followed, rendering her a complete wreck. In the fall of the masts some of our boats were swept off, but the Constitution herself was hardly touched except in some of the yards and sails. Both ships kept firing constantly, our guns continuing to do the most fearful execution. 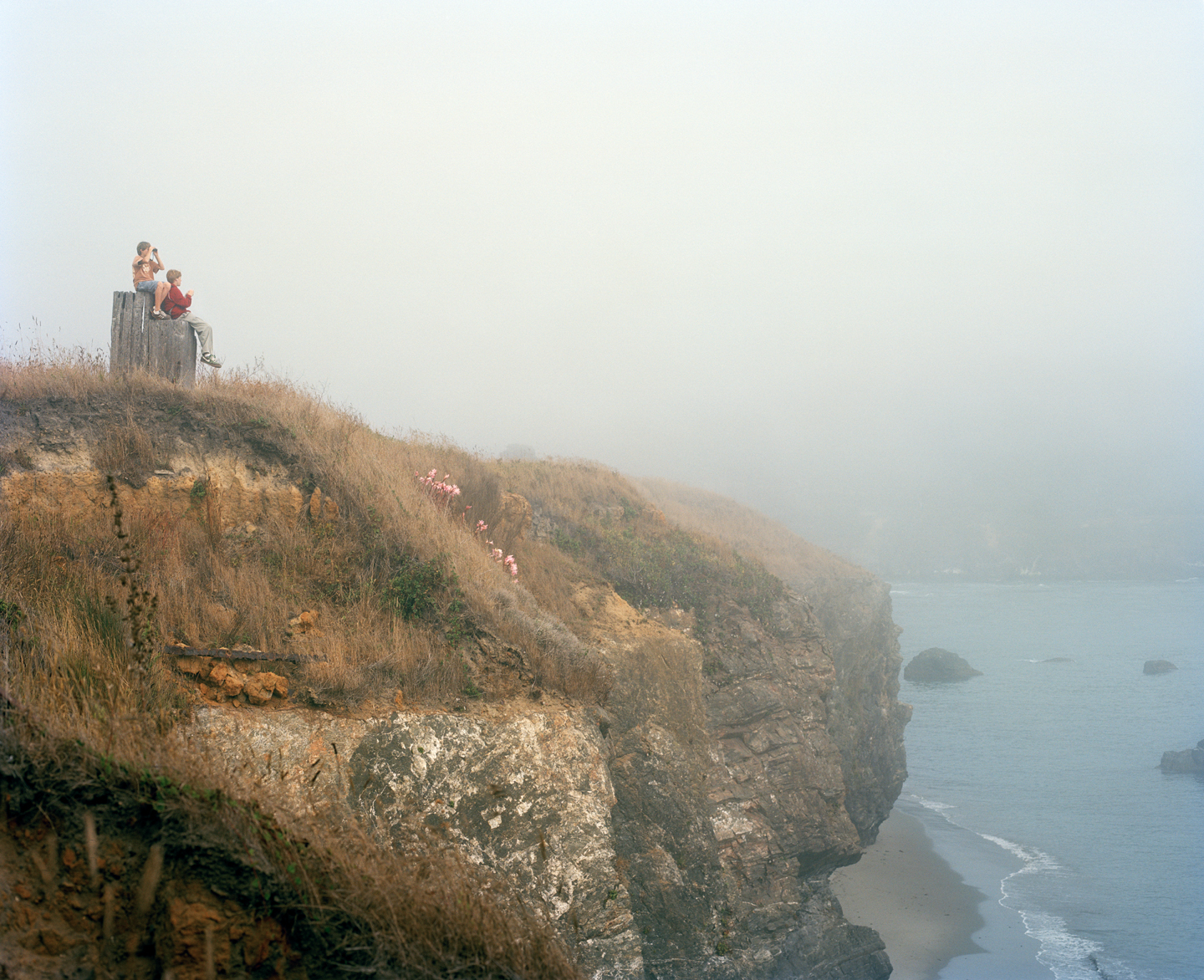 One of the lieutenants now asked the captain if he should call the boarders.

“No!” replied Hull. “No! We can take her without losing so many lives.”

The action was now nearly at its close. The firing had become less frequent on both sides. All felt the necessity of proceeding at once to repair damages. But we dare not trust the enemy. Notwithstanding his disabled condition, it was evident he would attack us again, the first opportunity. His men were still numerous—his ammunition was but partly spent, and his guns had been cleared away from the lower decks, so as to work to the best advantage.

We sent a boat on board but could get no satisfaction. His colors were down—but still there was danger of his attacking us unawares. This inspired a determined spirit on board the Constitution.

“Let’s sink them!” was the cry that ran along our decks—for we felt that we were deceived.

At this moment Captain Dacres, the commander of the Guerrière, appeared in one of our boats, and immediately surrendered himself as a prisoner of war.

The delivery of his sword to Hull was a scene never to be forgotten by those who witnessed it. As Dacres placed the hilt in the hand of Hull, his first remark was, “Captain Hull! What have you got for men?”

“Oh,” replied Hull, with a sly smile, “only a parcel of green bushwhackers, Captain Dacres!”

“Bushwhackers! They are more like tigers than men. I never saw men fight so. They fairly drove us from our quarters.”

We remained by the Guerrière all night. In spite of all the efforts to keep her afloat, we now saw that the Guerrière was rapidly sinking. A council of war was held on board the Constitution, and the decision was that she should be blown up. It was a moment of the deepest interest. After removing everything thought necessary to be saved, we put a slow match to the magazine and left her.

There was something melancholy and grand in the sight. For years the frigate had withstood the shocks of the winds, the billows, and the battle; for years she had borne the insignia of English valor to different and distant climes. But her years were now ended; her course was run; she was about to sink into the deep ocean forever.

At the distance of about three miles, we hove to and awaited the result. Hundreds of eyes were stretched in that one direction, where the ill-fated Guerrière moved heavily on the deep. It was like waiting for the uncapping of a volcano—or the bursting up of a crater. Scarcely a word was spoken on board the Constitution, so breathless was the interest felt in the scene.

The first intimation we had that the fire was at work was the discharge of the guns. One after another, as the flame advanced, they came booming toward us. Roar followed roar, flash followed flash, until the whole mass was enveloped in clouds of smoke. We could see but little of the direct progress of the work, and therefore we looked the more earnestly for the explosion—not knowing how soon it might occur. Presently there was a dead silence; then followed a vibratory, shuddering motion, and streams of light, like streaks of lightning running along the sides—and the grand crash came! The quarterdeck, which was immediately over the magazine, lifted in a mass, broke into fragments, and flew in every direction. The hull, parted in the center by the shock, and loaded with such masses of iron and spars, reeled, staggered, plunged forward a few feet, and sank out of sight.

It was a grand and awful scene. Nearly every floating thing around her went down with the Guerrière. Scarcely a vestige remained to tell the world that such a frigate had even swept the seas. We immediately squared away and were again under a crowd of sail for our native land.

Thus ended the capture of the Guerrière.

From Naval Scenes in the Last War. The War of 1812 was precipitated by various causes, among them the British impressment of American seamen and the maritime trade restrictions imposed on the U.S. The entire U.S. Navy consisted of only seventeen ships: the Constitution was one of six frigates. The Treaty of Ghent, signed in late December 1814, concluded the conflict, but news had not reached the British troops near New Orleans by January 8, 1815, when their attack on the city was repulsed by an army commanded by Andrew Jackson.

In the Mouth of a Whale