Laws, in their most general signification, are the necessary relations arising from the nature of things. In this sense, all beings have their law: the Deity his laws, the material world its laws, the intelligences superior to man their laws, the beasts their laws, man his laws.

There is then a prime reason; and laws are the relations subsisting between it and different beings, and the relations of these to one another.

Since we observe that the world, though formed by the motion of matter, and void of understanding, subsists through so long a succession of ages, its motions must certainly be directed by invariable laws; and could we imagine another world, it must also have constant rules or it would inevitably perish.

Avoid the law—the first loss is generally the least.

Thus the creation, which seems an arbitrary act, supposes laws as invariable as those of the fatality of the atheists. It would be absurd to say that the Creator might govern the world without those rules since without them it could not subsist.

These rules are a fixed and invariable relation. In bodies moved, the motion is received, increased, diminished, or lost according to the relations of the quantity of matter and velocity: each diversity is uniformity; each change is constancy.

Particular intelligent beings may have laws of their own making, but they have some likewise that they never made. Before there were intelligent beings, they were possible; they had therefore possible relations, and consequently possible laws. Before laws were made, there were relations of possible justice. To say that there is nothing just or unjust but what is commanded or forbidden by positive laws is the same as saying that, before the describing of a circle, all the radii were not equal.

But the intelligent world is far from being so well governed as the physical. For though the former has also its laws, which of their own nature are invariable, it does not conform to them so exactly as the physical world. This is because, on the one hand, particular intelligent beings are of a finite nature and consequently liable to error, and on the other, their nature requires them to be free agents. Hence, they do not steadily conform to their primitive laws; and even those of their own instituting they frequently infringe.

Whether brutes be governed by the general laws of motion, or by a particular movement, we cannot determine. Be that as it may, they have not a more intimate relation to God than the rest of the material world; and sensation is of no other use to them than in the relation they have either to other particular beings or to themselves. 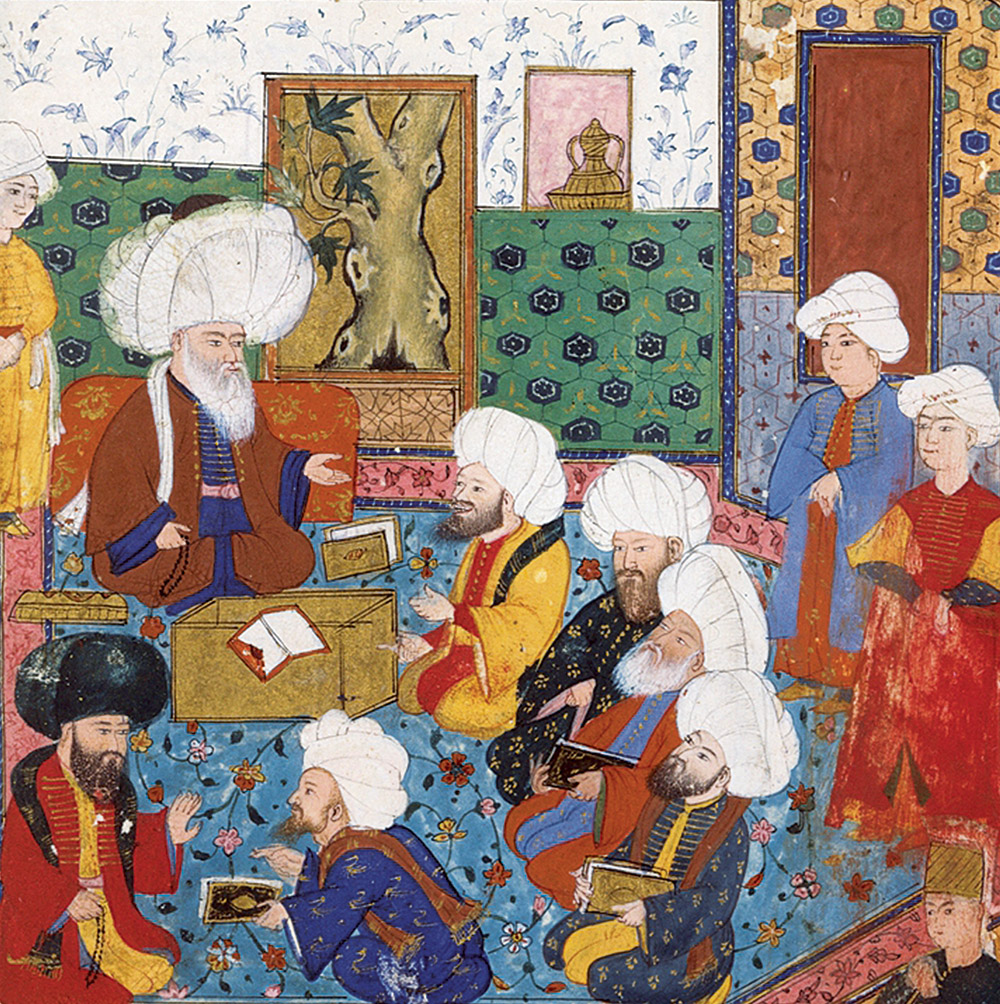 The Great Ebussuud Teaching Law, miniature from a divan by Mahmud Abd-al Baqi, mid-sixteenth century. The jurist and theologian Ebussuud Efendi greatly contributed to the shaping of classical Ottoman law. The Metropolitan Museum of Art, Gift of George D. Pratt, 1925.

By the allurement of pleasure, they preserve the individual, and by the same allurement, they preserve their species. They have natural laws because they are united by sensation; positive laws they have none because they are not connected by knowledge. And yet they do not invariably conform to their natural laws; these are better observed by vegetables, which have neither understanding nor sense.

Brutes are deprived of the high advantages that we have; but they have some which we have not. They have not our hopes, but they are without our fears; they are subject, like us, to death but without knowing it; even most of them are more attentive than we to self-preservation and do not make so bad a use of their passions.

Man, as a physical being, is, like other bodies, governed by invariable laws. As an intelligent being, he incessantly transgresses the laws established by God and changes those of his own instituting. He is left to his private direction, though a limited being, and subject, like all finite intelligences, to ignorance and error; even his imperfect knowledge he loses; and as a sensible creature, he is hurried away by a thousand impetuous passions. Such a being might every instant forget his Creator. God has therefore reminded him of his duty by the laws of religion. Such a being is liable every moment to forget himself; philosophy has provided against this by the laws of morality. Formed to live in society, he might forget his fellow creatures; legislators have, therefore, by political and civil laws, confined him to his duty.

From The Spirit of Laws. After graduating from the University of Bordeaux in 1708, Charles-Louis de Secondat spent five years studying law in Paris (though reports indicate he mostly socialized and made connections) before returning home to manage his family’s estates and, in 1716, inheriting the title of Baron de Montesquieu from his uncle. This work, a comprehensive study of law and politics—later cited as a major influence by Catherine the Great, Alexander Hamilton, and Hannah Arendt—was banned by the Catholic Church in 1751.