By way of summary, we may say that Franz Schlegelberger supported the pretension of Hitler in his assumption of power to deal with life and death in disregard of even the pretense of judicial process. By his exhortations and directives, Schlegelberger contributed to the destruction of judicial independence. It was his signature on the decree of February 7, 1942, that imposed on the Ministry of Justice and the courts the burden of the prosecution, trial, and disposal of the victims of Hitler’s Night and Fog Decree. For this he must be charged with primary responsibility.

He was guilty of instituting and supporting procedures for the wholesale persecution of Jews and Poles. Concerning Jews, his ideas were less brutal than those of his associates, but they can scarcely be called humane.

Schlegelberger presents an interesting defense, which is also claimed in some measure by most of the defendants. He asserts that the administration of justice was under persistent assault by Himmler and other advocates of the police state. This is true. He contends that if the functions of the administration of justice were usurped by the lawless forces under Hitler and Himmler, the last state of the nation would be worse than the first. He feared that if he were to resign, a worse man would take his place. As the event proved, there is much truth in this also. Under Justice Minister Thierack the police did usurp the functions of the administration of justice and murdered untold thousands of Jews and political prisoners. Upon analysis this plausible claim of the defense squares neither with the truth, logic, or the circumstances.

The evidence conclusively shows that in order to maintain the Ministry of Justice in the good graces of Hitler and to prevent its utter defeat by Himmler’s police, Schlegelberger and the other defendants who joined in this claim of justification took over the dirty work that the leaders of the state demanded, and employed the Ministry of Justice as a means for exterminating the Jewish and Polish populations, terrorizing the inhabitants of occupied countries, and wiping out political opposition at home.

That their program of racial extermination under the guise of law failed to attain the proportions which were reached by the pogroms, deportations, and mass murders by the police is cold comfort to the survivors of the “judicial” process and constitutes a poor excuse before this tribunal. The prostitution of a judicial system for the accomplishment of criminal ends involves an element of evil to the state that is not found in frank atrocities which do not sully judicial robes. 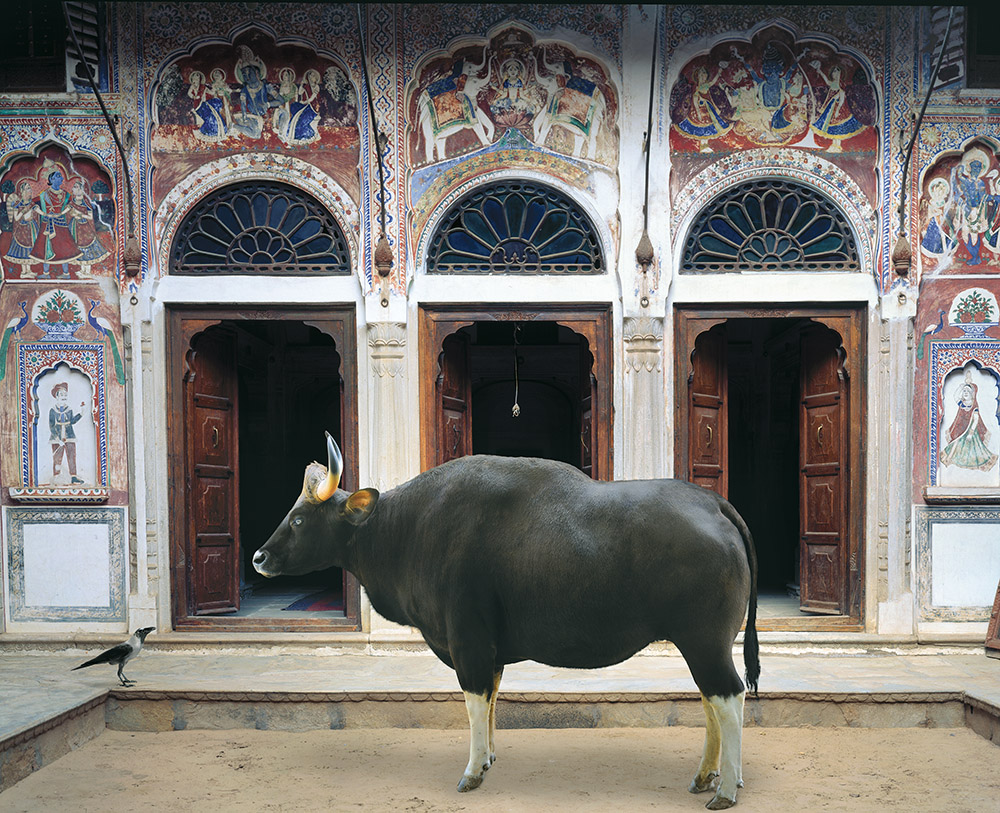 The Law of Dharma, by Karen Knorr, 2008–15. Print on Hahnemühle FineArt Pearl paper. © Karen Knorr, courtesy of the artist.

Schlegelberger resigned. The cruelties of the system that he had helped to develop were too much for him, but he resigned too late. The damage was done. If the judiciary could slay their thousands, why couldn’t the police slay their tens of thousands? The consequences that Schlegelberger feared were realized. The police, aided by Thierack, prevailed. Schlegelberger had failed. His hesitant injustices no longer satisfied the urgent demands of the hour. He retired under fire. In spite of all that he had done, he still bore an unmerited reputation as the last of the German jurists, and so Hitler gave him his blessing and 100,000 reichsmarks as a parting gift. We are under no misapprehension. Schlegelberger is a tragic character. He loved the life of intellect, the work of the scholar. We believe that he loathed the evil that he did, but he sold that intellect and that scholarship to Hitler for a mess of political pottage and for the vain hope of personal security. He is guilty under counts two and three of the indictment.

From an opinion by the International Military Tribunal at Nuremberg. While overseeing the Third Reich’s Ministry of Justice in 1931, Schlegelberger supported the regime with tailor-made legislation, arguing in a March 1936 speech for “justice in harmony with the moral concepts of the new Reich,” even when a deed was not against the law but still worked against “the sound instincts of the people.” Schlegelberger’s gift after his resignation was equivalent to more than $400,000 today. Sentenced by the Nuremberg tribunal to life in prison, he served only five years.