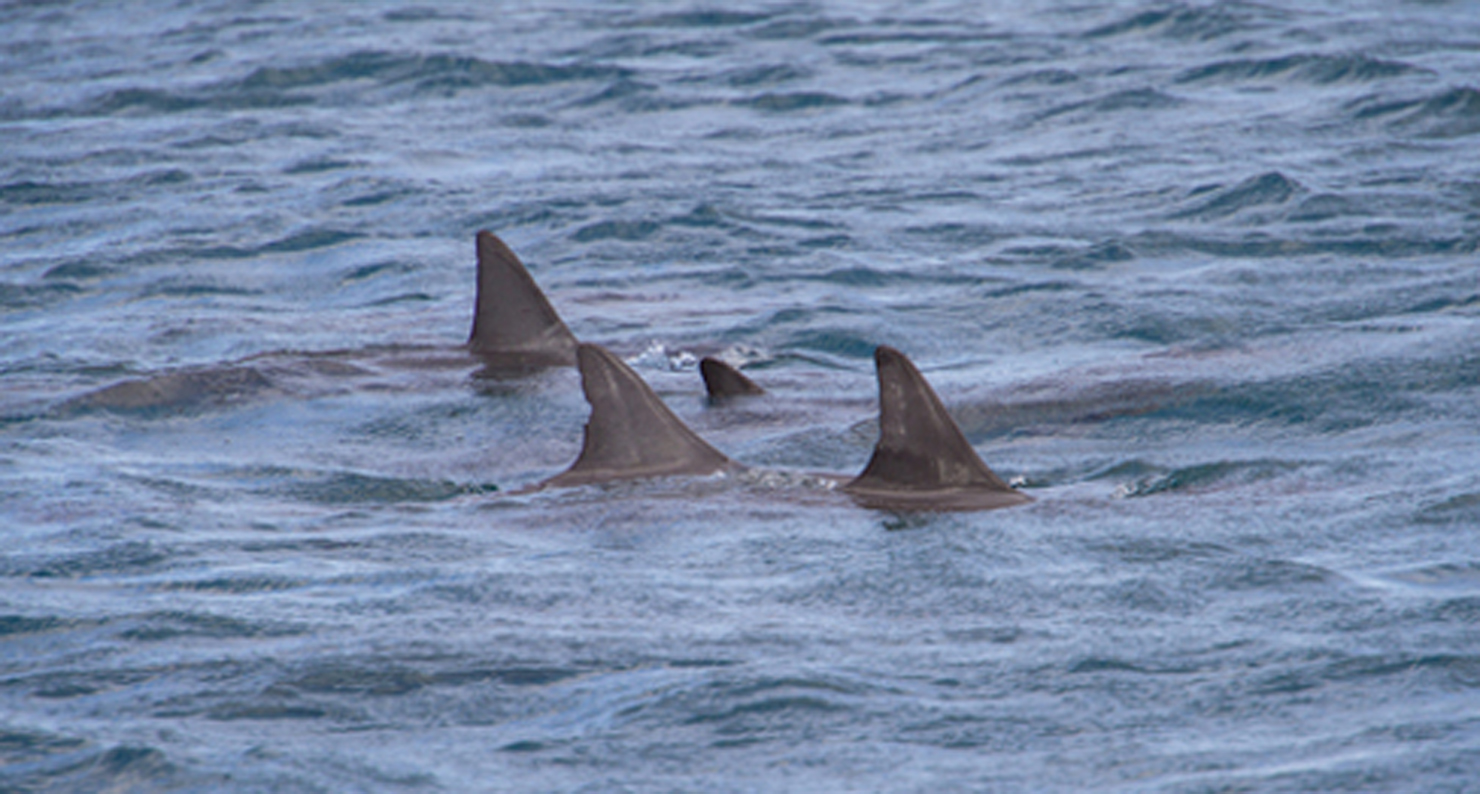 In 1891, Herman Oelrichs, a multimillionaire with a thirst for adventure, made a peculiar offer in the pages of the New York Sun. Oelrichs said he would provide a reward of five hundred dollars for “such proof as a court would accept that in temperate waters even one man, woman, or child, while alive, was ever attacked by a shark.” Fond of diving off yachts to swim with whatever creatures might be lurking in the deep, Oelrichs conducted an annual “shark-chasing” swim off the coast of New Jersey's most fashionable resorts. Like his friend Theodore Roosevelt, Oelrichs believed sharks were merely part of a larger ecosystem that had been conquered by science and American enthusiasm. In a time when men could vacation in Africa and come back with hunting trophies twice their size, how could we have anything to fear from the natural world?

Nature, though, is not so easily tamed.

In July of 1916, a series of shark attacks along the New Jersey coast challenged everything Americans thought we knew about sharks and their victims, scaring whole generations out of the water for good.

The first attack happened on July 1 at Beach Haven, New Jersey. Twenty-five-year-old Charles Vansant was swimming in the ocean with his dog when a shark began biting his legs. Vansant was dragged out of the sea by a lifeguard, but it was too late—most of his left leg was gone, and he bled to death in a local hotel.

New Jersey beaches stayed open—sharks were still no real threat to humans, especially not so close to shore—and Vansant's death didn't make the front pages of big-city newspapers. A week later, though, a second attack occurred, and this one made beachgoers significantly more nervous.

Charles Bruder, a Swiss bellboy at the Essex and Sussex Hotel in Spring Lake, New Jersey, was swimming just over a hundred yards from shore when a shark appeared and began biting his abdomen and legs. Bruder, like Vansant, was rescued but later bled to death, only he remained conscious long enough to tell those who saved him that his attacker had been a shark. The New-York Tribune described Bruder's injuries:

Examination of the body showed that the shark had bitten Bruder in the side before taking his legs off. The left leg was cut off above the knee and the right leg just below then knee.

Even with Bruder's statement and the physical evidence left behind, many were reluctant to believe the two deaths were the work of a shark. On July 8th, the New York Times offered an alternate theory:

It was suggested that a huge mackerel had killed the bather and not a shark at all, and in support of that theory it was pointed out that Bruder's legs were torn and chewed as though the fish had hacked them and not bitten with the clean, shark bite supposed to be characteristic of the shark.

Or perhaps, a letter-to-the-editor suggested, it was a sea turtle?

Having read with much interest the account of the fatality off Spring Lake, N.J., I should like to offer a suggestion somewhat at variance with the shark theory. In my opinion it is most unlikely that a shark was responsible, and I believe it much more likely that the attack was made by a sea turtle. I have spent much time at sea and along shore, and have several times seen turtles large enough to inflict just such wounds. These creatures are of a vicious disposition, and when annoyed are extremely dangerous to approach, and it is my idea that Bruder may have disturbed one while it was asleep on or close to the surface.

Whatever readers (and tourists descending upon the Jersey shore that summer) suspected was responsible for the deaths of Vansant and Bruder, the incidents were proving expensive for hotel owners, who fielded a slew of vacation cancellations amidst fears of man-eating somethings terrorizing the coast.

The next attack put to rest any doubts about what kind of monster was feasting on the limbs of swimmers.

On July 12, 1916, Lester Stillwell, an eleven-year-old boy, was swimming inMatawan Creek, an inland body of brackish water some thirty miles north of the earlier attacks. Before Stilwell knew what was happening, the shark was dragging him underwater. His friends ran into town calling for help, and Stanley Fisher, a twenty-four-year-old local tailor, ran to the creek and dove in. Unable to locate Stilwell's body, Fisher, too, was attacked by the shark, and bled to death from wounds to the upper thigh later that night.

Not a half-hour after the attacks on Stilwell and Fisher, a fourteen-year-old boy was bitten as he swam in an area roughly half a mile from the earlier attacks. This time, his friends were able to pull him from the water in time, and the boy was successfully treated at a local hospital.

The public could no longer deny that sharks were a nearer threat than anyone had imagined. How, though, did they come to the Eastern Seaboard? And what made them, all of the sudden, so hungry for humans?

One letter to the editor of the Times offered an idea:

These sharks may have devoured human bodies in the waters of the German war zone and followed liners to this coast, or even followed the Deutschland herself, expecting the usual toll of drowning men, women, and children. This would account for their boldness and their craving for human flesh.

Shark behavior, too, was questioned. Did they have preferences for young versus old, small versus large humans? A former sea captain, writing to theTimes on July 8, proffered:

The Malays in the East Indies will dive into the water with a knife between their teeth, and fight a shark to the death, and the bronze natives have got the big fish in those waters so scared that they will not bite a black man, but will attack a white man without any tedious preliminaries.

Sharks, in reality, are not especially keen on meals made of humans. We're much too bony, for one, and when bitten we try as hard as we can to get away, forcing a shark to exert much more energy than it would like.

In Close to Shore: The Terrifying Shark Attacks of 1916, Michael Capuzzo hypothesizes that the 1916 attacks were indeed carried out by one shark (an inspiration for for Peter Benchley’s 1974 novel, Jaws). Far from being a deranged lover of human flesh, Capuzzo suggests that the shark, possibly a juvenile, simply got swept north and had trouble finding the fish and seals it would prefer to dine on. Hungry and unsure of itself, the shark's anxiety would have increased the longer it swam in brackish water, far from an ideal habitat. A wild animal with no natural predators, its default response would have been to try and eat whatever it could.

Atlantic coast residents of the teens saw it differently. In the days after the attacks, shark sightings off the New York and New Jersey coast seem to have tripled. This shark was interested in one thing (eating human flesh), and man had only one job to do (find the shark and kill it). Bounties were offered for whoever could catch the “Jersey man-eater,” and hundreds of fishermen eagerly slit open the bellies of their hauls, hoping to find evidence of swallowed men inside.

On July 14, a Harlem taxidermist and lion-tamer named Michael Schleisser battled a shark he met while fishing. Schleisser used a broken rowing oar to kill the shark, which he then dragged back to shore. When the shark was gutted, evidence of human bones spilled out. Schliesser quickly went to work preserving and mounting the shark, which he then put on display in a local shop window.

Had Schleisser caught the shark responsible for the deaths of Charles Vansant, Charles Bruder, Lester Stilwell, and Stanley Fisher?

The public certainly thought so, and many breathed a sigh of relief at the idea of the dead monster hanging in a shop window on Broadway.

Scientists, though, were still troubled. In early 1916, Frederic Lucas, director of the American Museum of Natural History, questioned whether or not a shark bite even had the capacity to significantly injure a human. The point, scientists thought, was moot—what creature as docile as the shark would even bother to bite a man? After the July attacks, Lucas and his colleagues were forced to admit that they had been wrong about sharks, and, perhaps more seriously, still knew very little about them. For shark research at that time was skimpy at best, and continued to be so for decades after the 1916 attacks. What were these mysterious swimmers? What were they capable of?

The New Jersey man-eater and its legacy would terrorize bathers for years to come, but it also planted a much more insidious idea into the minds of all who dare to consider it: that there are things in the deep that even man cannot be sure of.