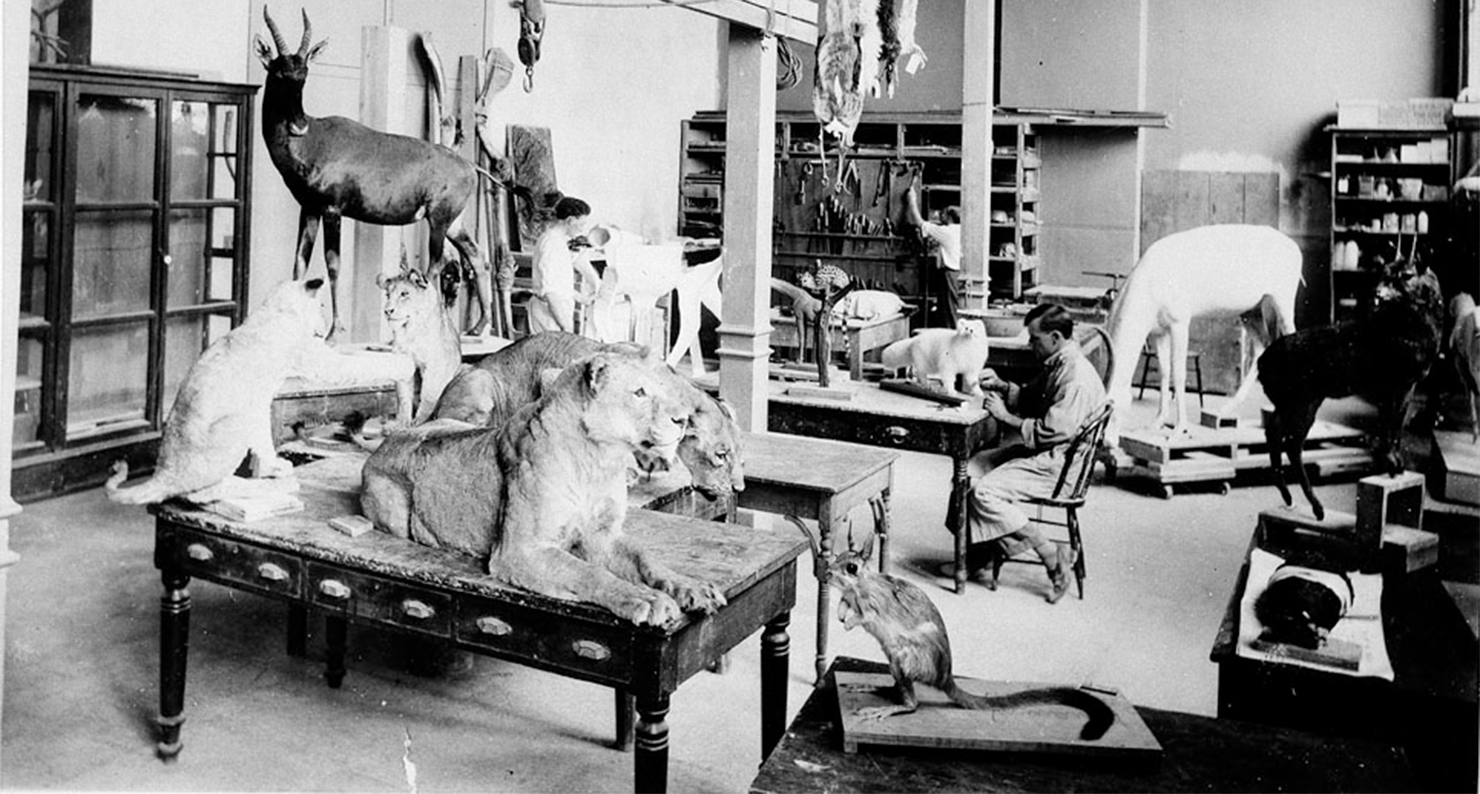 In 1893, Theodore Roosevelt wrote that it “has been my good luck to kill every kind of game properly belonging to the United States.” Having exhausted the animal resources of his own wide country, it had always remained a deep desire to bring his distinctly American attitude towards hunting to the African continent, where “in these greatest of the world's great hunting-grounds there are mountain peaks whose snows are dazzling under the equatorial sun; swamps where the slime oozes and bubbles and festers in the steaming heat…where death broods in the dark and silent depths.”

Sixteen years later, less than a month out of his term as president and looking for a more ferocious animal than the U.S. government to do battle with, Roosevelt set off on a year-long safari to Africa, contracted by the Smithsonian to act as a kind of ambassador of game. The much documented 1909 trip included camera reels among the luggage—preserving short clips of Roosevelt being carried imperiously on the shoulders of a guide through a waist deep river, a cinematic view of the countryside from the roof of a train, and the ceremonial parades and dances of local tribes. But these anthropological asides were mere souvenirs compared to the real purpose of the journey—the huge bounty of dead animals, fish, and birds Roosevelt sent back to the Smithsonian, cataloged and taxidermied and many rendered in diorama.

Roosevelt—listed in the manifest not with any ex-presidential status, but instead simply as bwana, Swahili for master—would chronicle the experience in African Game Trails (“the African wanderings of an American Hunter-Naturalist”). The Smithsonian recognized the trip as an unequivocal success, the collection of species vastly expanding the museum’s holdings. The $100,000 trip, financed by the Smithsonian, Andrew Carnegie, and Roosevelt himself, would have cost about $2.34 million today, but the size of the quarry was so vast it was nearly priceless. In a letter to the museum, Roosevelt listed the huge menagerie of spoils:

The details of the big game list were as follows, Roosevelt keeping only about twenty-four animals for himself: