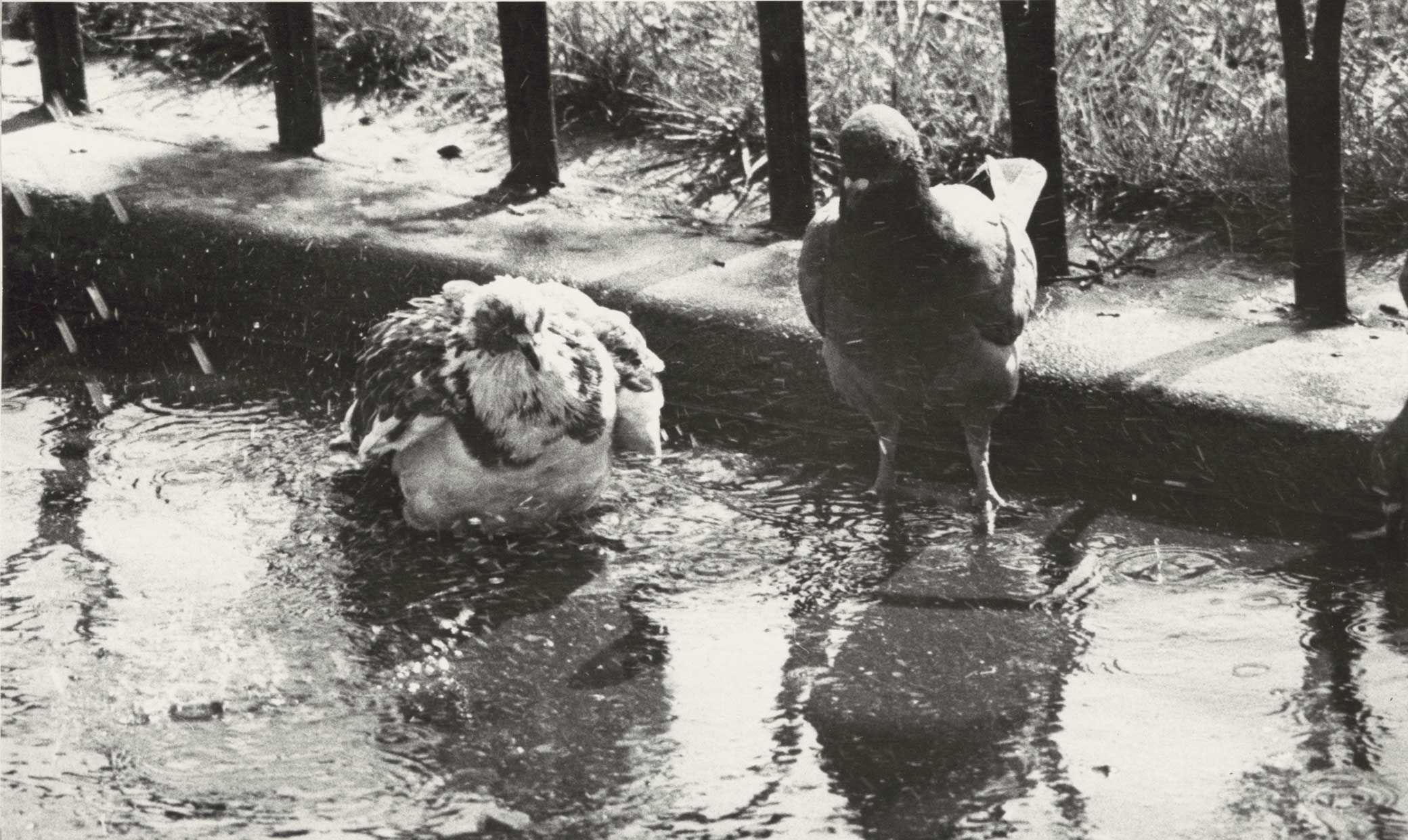 Birds in a puddle of water, 1953. Photograph by Angelo Rizzuto. Library of Congress, Prints and Photographs Division.

• On the Smithsonian Institution’s new collections policy, which “requires Smithsonian museums to collaborate with the communities represented by their holdings and to return or share ownership of items that might have been previously stolen or acquired under duress. It directs them to make their collections publicly accessible and to fully vet future acquisitions to prevent items with questionable provenance from entering the collection. It also focuses on the treatment of human remains, some of which are subject to federal law and represent most of the institution’s past repatriation work. The policy requires human remains ‘be treated with dignity and respect, as those once living, and not objectified as a scientific resource.’ ” (Washington Post)

• Remembering when cars were considered a menace by much more of the American populace. (The MIT Press Reader)

• The history of manufactured outrage about what children are learning in school: “The panics have unfolded like clockwork, in just about every decade of the twentieth and twenty-first centuries. You can see it in the titles of books and pamphlets going back a hundred years: Hell and the High School (1923); They Want Your Child! (1948); Brainwashing in the High Schools: An Examination of Eleven American History Textbooks (1958); What They Are Doing to Your Children (1964); Is the Schoolhouse the Proper Place to Teach Raw Sex? (1968).” (The Forum)

• “In 1964 Saul Alinsky and the Woodlawn Organization planned a ‘shit-in’ at O’Hare Airport to pressure Chicago mayor Richard Daley to follow through on his promise to fund more infrastructure in the city’s South Side neighborhood. They extensively mapped and tallied the airport’s bathrooms and estimated that it would require some 2,500 supporters to occupy its stalls indefinitely.” (Lux)

• The story behind Go Ask Alice, “which reads like a collaboration by Dr. Phil, Darren Aronofsky, and McGruff the Crime Dog.” (The New Yorker)

• On the politics of poet and novelist Claude McKay. (Dissent)

• Considering the past and future of local governance in Brookside, Alabama, whose “recent history could very well become the future of many U.S. towns.” (The New Inquiry)