Born in Jamaica to peasant farmers, Claude McKay immigrated to the U.S. in 1912 to study at the Tuskegee Institute. Two years later he arrived in New York City, where the militant spirit of his poetry distinguished him from his Harlem Renaissance contemporaries. Over the next two decades, McKay published three novels, including the best-selling Home to Harlem, a frank portrayal of what he called “the semi-underworld” of the community’s black working class. 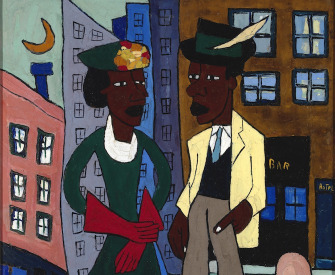 “Our Precious Blood May Not Be Shed”

A Harlem Renaissance poet on the value of Black lives. More