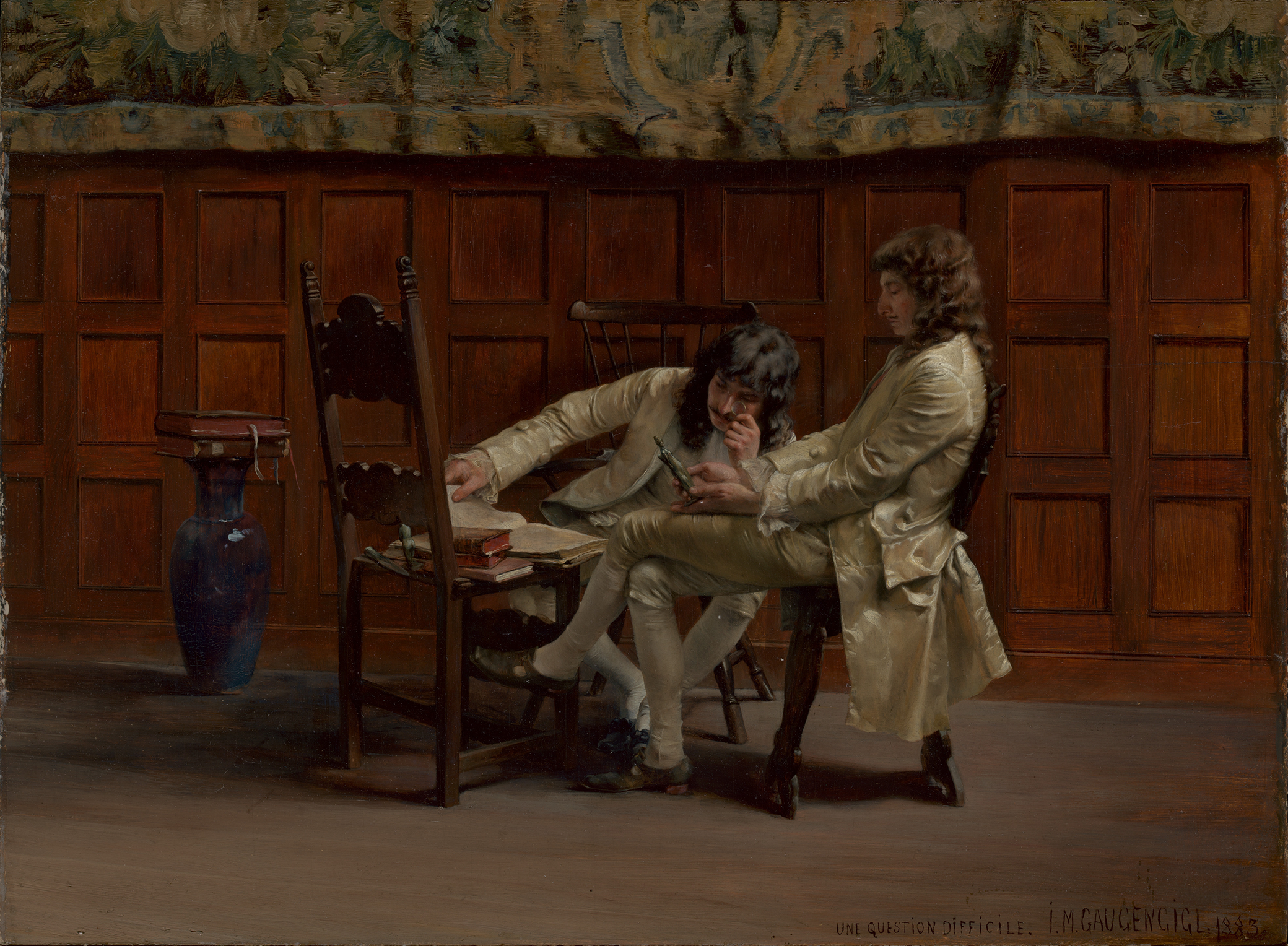 In his book The Main Questions of Modern Culture from 1914, the German philosopher Emil Hammacher wrote about the questions of his time—among them the social, woman, and worker questions—their causes, and the longstanding desire to solve them and others, tracing their causes and solution-seeking back to Immanuel Kant and other eighteenth-century idealists. “Since people began to be surprised by that which was once considered self-evident, there have been questions and tasks whose solution is felt as a need and a necessity,” Hammacher wrote on the eve of the Great War. “Never before have there been so many riddles storming the people as there are today.”

Emil Hammacher did not survive the war. He was killed at the front in France, but The Main Questions of Modern Culture was celebrated by no less a figure than Thomas Mann, who in 1918 praised Hammacher as “the young philosopher from Bonn…whom I would very much like to call my posthumous friend” in his conservative defense of Germany’s involvement in the war, Reflections of a Nonpolitical Man. In spite of Mann’s posthumous blessing, Hammacher did not even attain that moderate amount of fame required to be included in the German Biographical Encyclopedia. But his thought was as steeped in the problem of action (What is to be done?) as the leftist György Lukács’, and constitutes a more accurate summation of what the age of questions had wrought: namely, doubt and despair, and a loss of faith in the Lösung (solution).

When Hammacher wrote that “never before have there been so many riddles coming at people as there are today,” the passage continues: “It’s not so much that now a question appears with unprecedented intensity, but rather that absolutely all handed-down solutions of world- and life-problems have become doubtful.” This loss of faith in solutions did not devolve into pessimism for Hammacher, however. In the place of the Lösung, he fantasized about Auflösung (dissolution, or giving over). “The self-same conditions that pave the way to the end also lead to the highest maturation of mystical experience; it is in the state of dissolution that individuals can achieve a higher perfection than ever.” 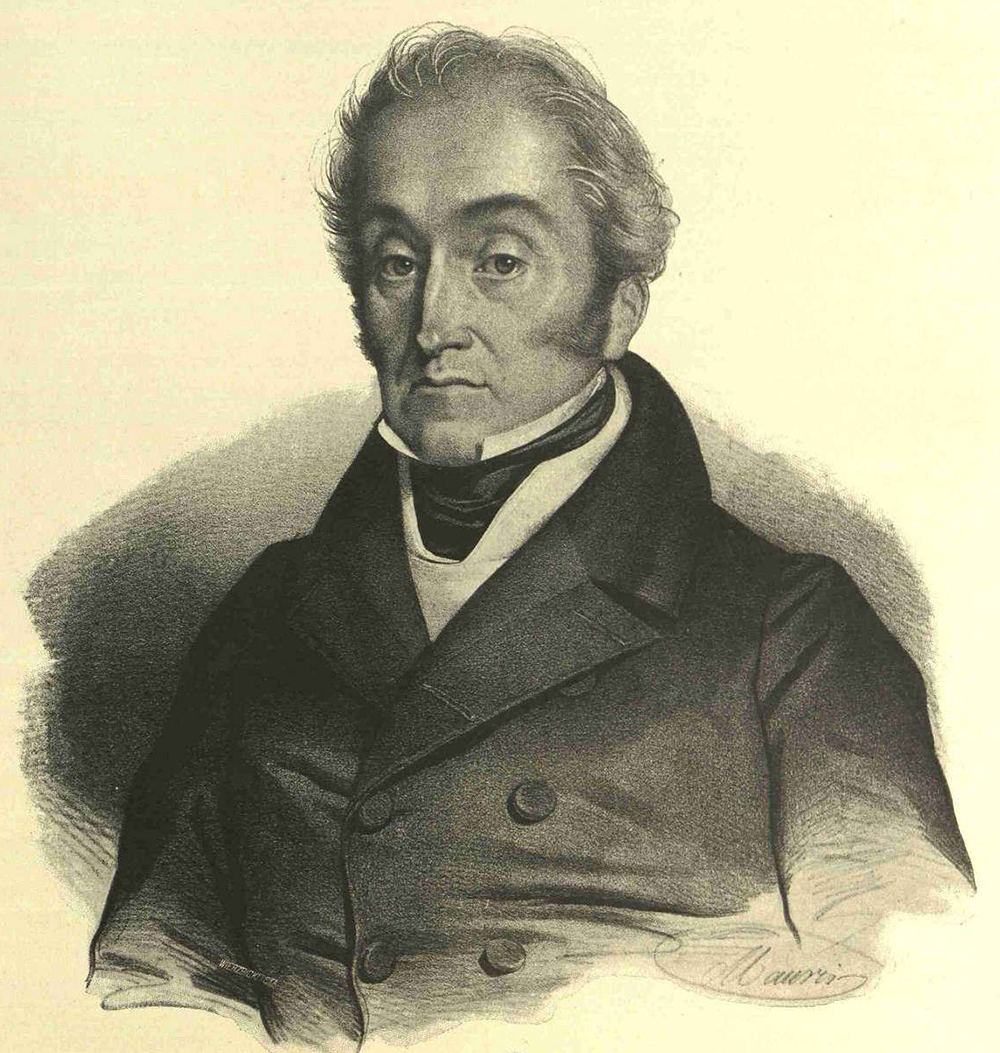 When we juxtapose the Polish nobleman and statesman Adam Czartoryski with Hammacher, we see Hammacher engaged in an interrogation rather than a reaffirmation of the Polish statesman’s ideals and assumptions. Whereas Czartoryski believed that states were effectively “masses of personified individuals” and therefore subject to natural law and entitled to the same forms of liberty and equality as individuals, Hammacher wondered, “What right does a state have vis-à-vis others and to what extent are its citizens more than a coincidental legal community, a nation? Does the morality of the state operate under fundamentally different norms than those of the individual?” Whereas Czartoryski favored an order that was rational, just, and above all peaceful, Hammacher asked, “Is the war that [a state] fights for its own self-assertion or aggrandizement an amoral or at least fatuous residue of barbarism; is international spiritual culture [internationale Geisteskultur] and eternal peace the highest ideal?” His answer to both was no.

It might be argued that Hammacher’s perspective was uniquely German, colored by the German idealist and romantic traditions. And indeed Thomas Mann—in his Reflections of a Nonpolitical Man, part of a protracted argument with his liberal-progressive and politically engaged brother Heinrich—dubbed Hammacher’s book “an astounding synthesis” of “the Germany that had to enter the war.” So perhaps in seeking to fathom the age of questions with Hammacher as our starting point, we must conclude either that it came to be dominated by German thought or that we have traced only a specifically German trajectory through the age. Is it not possible that each nation charted its own course through that age, like the Russians with their “accursed questions” and incessant What is to be done? 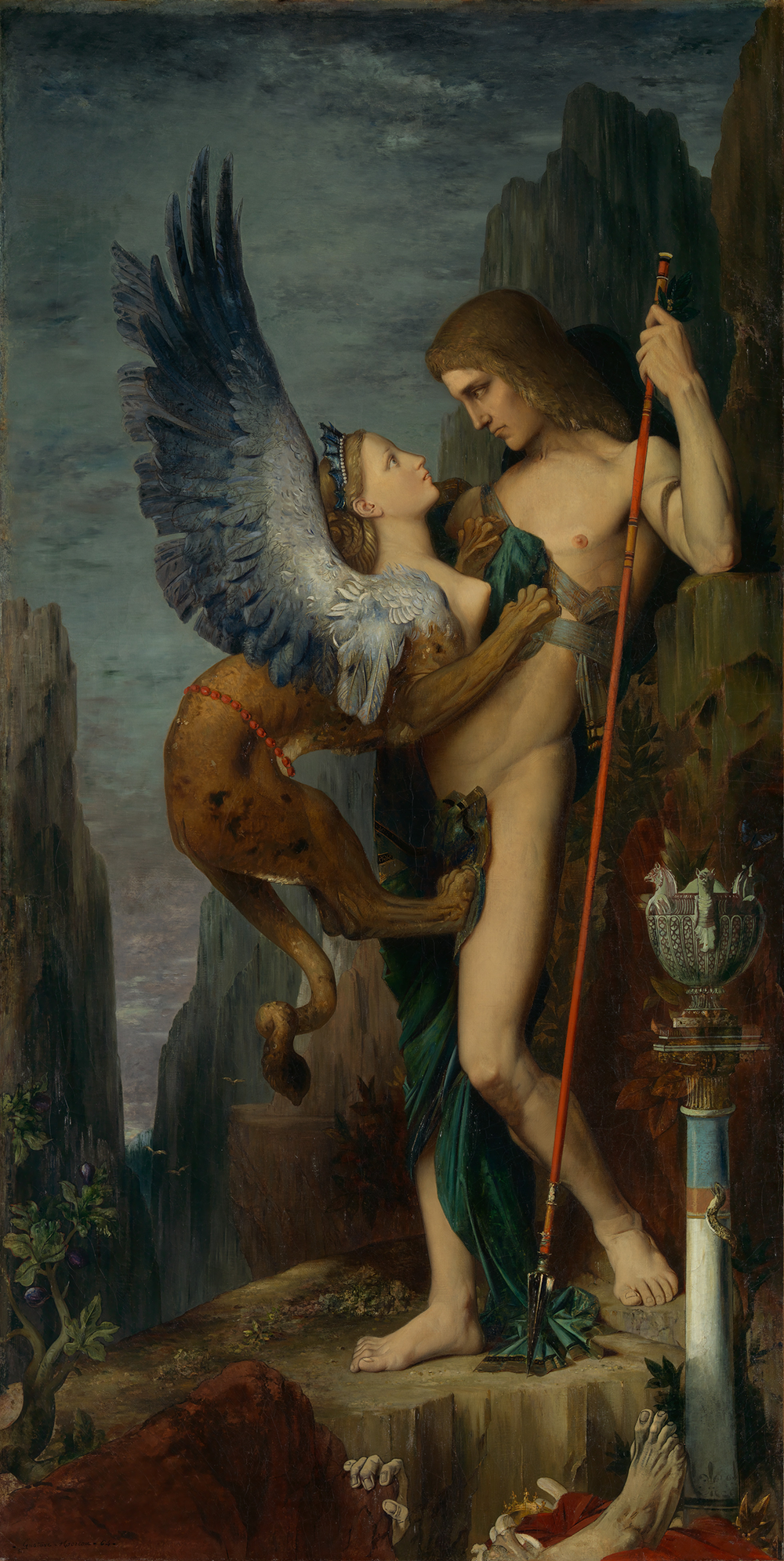 But the ideas in Hammacher’s thesis were not uniquely German. The loss of faith in solutions was a more generalized phenomenon. Already in 1853, Marx and Engels wrote of the “eternal ‘Eastern question,’ ” a designation that was repeated by an anonymous pamphleteer in 1860. In 1865, the Hungarian statesman József Eötvös wrote in his book on the nationality question:

If some question is left open for a longer time, there is no shortage of proposed solutions, and sometimes it is precisely their number that makes for the greatest difficulty of certain questions; partly because—as in other cases, so herein, too—after the barrage of unsuccessful attempts at solution, the question becomes more complicated, and partly because political debates over means [to a solution] push the goal into the background such that those who agree on the goal nonetheless disagree on the means and face each other as enemies.

The possibility that some questions were therefore unsolvable moving targets troubled commentators on questions as much in Hungary as in Germany. “It is said that the question is settled,” the English archaeologist and statesman Austen Henry Layard said of the Eastern question in an 1853 speech before the House of Commons. “I contend that it is only a question deferred.”

Of the Irish question, the American attorney David Bennett King wrote in 1882: “I have not ventured to suggest a settlement of the Irish Question, nor even to predict very confidently what form it will next assume. One who has read Irish history is not likely to venture on so rash an undertaking.” Later the founder of modern Zionism, Theodor Herzl, wrote that the solution to the Jewish question should be sought in constant movement, like a plane held up by the motion of air around its wings. Richard Suschka, who worked in the financial directorship of the Hungarian Agricultural Academy’s branch in Magyar-Óvár, noted in 1897 that whenever it seemed as though the tuberculosis question had been solved, upon closer examination it turned out that it was not. 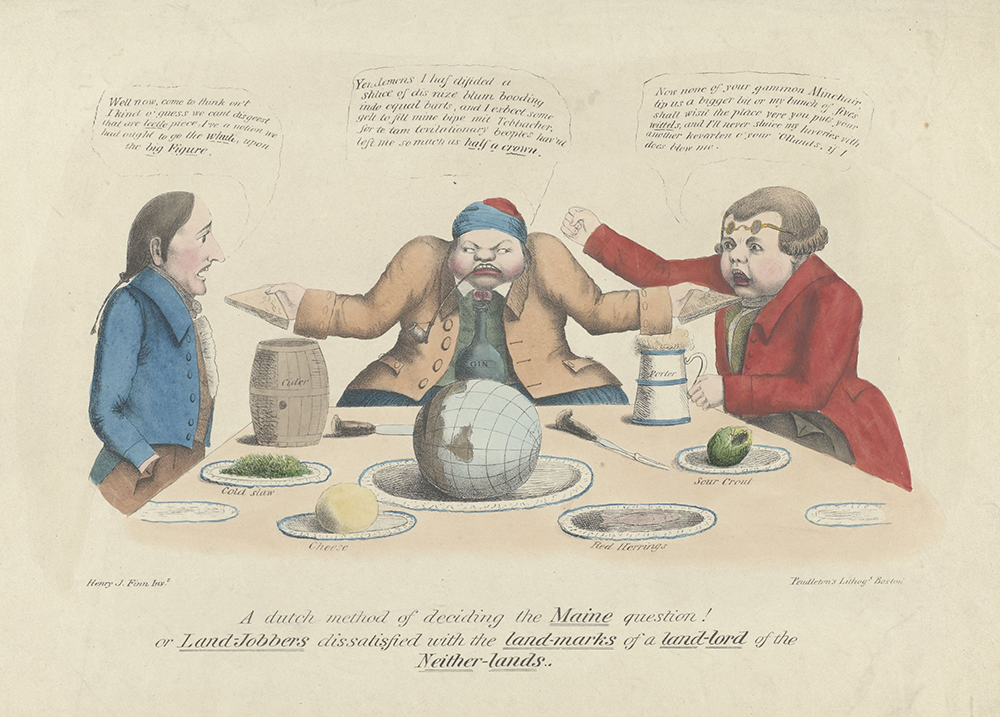 In the years to come, similar assertions of insoluability would be made for the woman, sugar, Jewish, and maid questions, to name just a few. And though the Great War seemed to promise a solution to questions, in the eyes of many it merely exacerbated them. The German philosopher and historian Oswald Spengler, writing in 1918, lamented that “one was always endeavoring to find the solution to the question, rather than accepting that many questioners will have many answers, that a philosophical question is merely a thinly veiled desire to receive a particular answer that is already implied in the question itself, that the ephemerality of the time’s great questions is beyond measure.” Even the featured philosopher from the progressive argument, György Lukács, was less hopeful of finding solutions by the end of his life. At war’s end, Lukács weighed in when one of the premier Hungarian journals, Twentieth Century, ran a discussion forum on the nationality question. Prominent thinkers from different parts of Hungary were asked to respond to a provocative essay by the Hungarian political scientist Mihály Réz. The unfolding Bolshevik revolution in Hungary prevented some from submitting their views, but Lukács—though he was a minister in the revolutionary government—handed in a long essay refuting Réz’s racialized understanding of the nationality question, offering instead a materialist interpretation in line with the views of the Austro-Marxist Otto Bauer, who felt that national hatred is but transformed class hatred. The nationality question, Lukács argued, was one that would benefit from the approach of the “new philosophy,” which showed how apparent contradictions and unresolvable problems, when viewed from a different level, actually disappear.

But decades later, in his Ontology, Lukács argued that even a teleological progression could be interrupted by practical action and taken in a new direction. There was no automatic disappearance of the problem. The shift in Lukács’ own thinking is remarkable, and perhaps traceable to the spectacular failure of the Republic of Soviets he served in 1919, after which his position came closer to that of Réz’s original essay in Twentieth Century. Réz had characterized the nationality question as an “organic mistake” that could not be solved by “single measures.” He noted that the reason the question seemed so intractable was that it was forever changing: as one national goal was achieved, a new one emerged on the horizon, and no matter how modest and reasonable their aims appeared initially, those aims would become broader with time until they finally demand to rule. Lukács’ ideas about practical action dealt a similar blow—albeit from the left—to the idea that questions could be solved once and for all.

Holly Case is an associate professor of history at Brown University. She is the author of The Age of Questions: Or, A First Attempt at an Aggregate History of the Eastern, Social, Woman, American, Jewish, Polish, Bullion, Tuberculosis, and Many Other Questions over the Nineteenth Century, and Beyond and Between States: The Transylvanian Question and the European Idea during World War II.