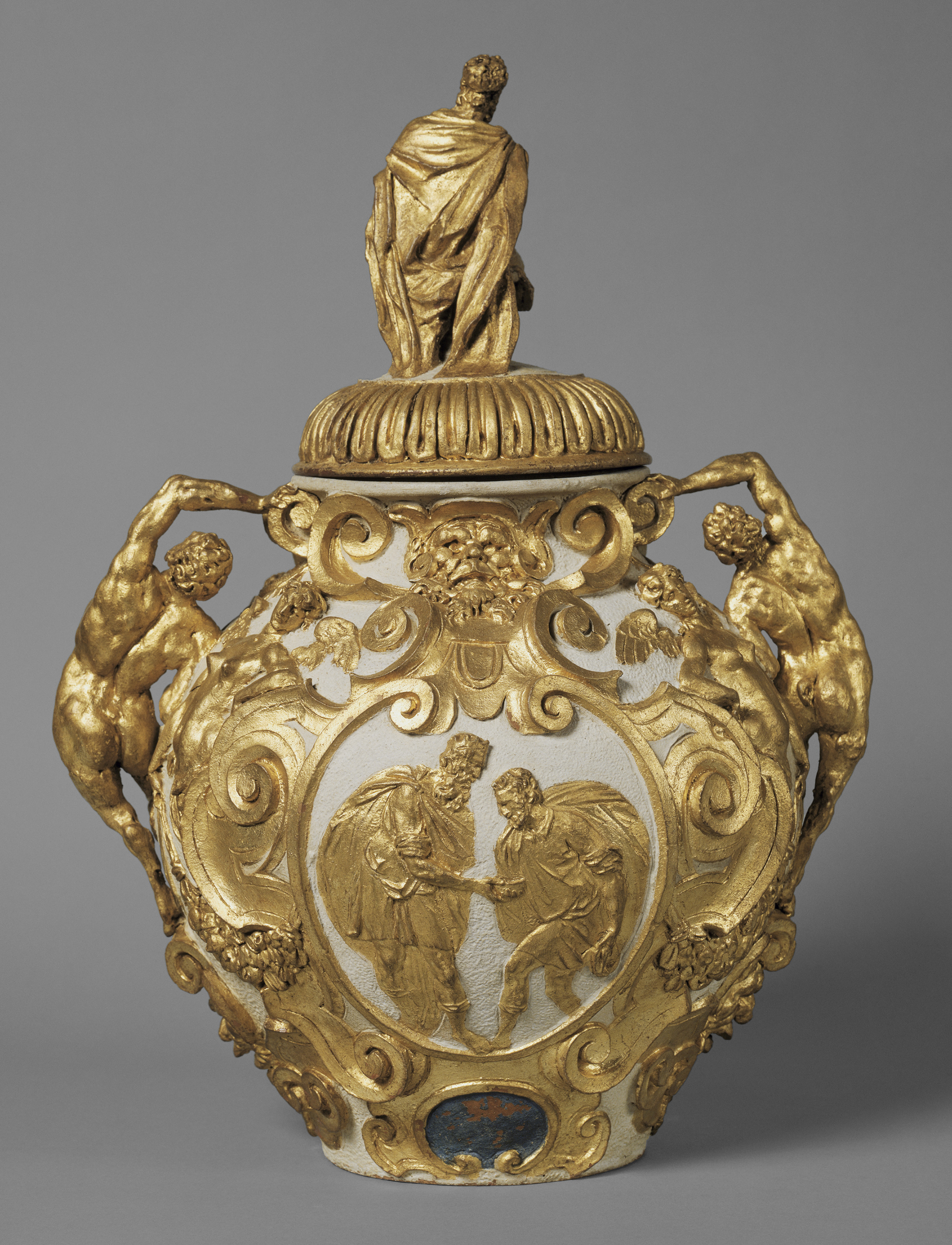 Drug jar for mithridate, attributed to Annibale Fontana, c. 1580. The relief shows Mithridates VI being given either his daily antidote or a dose of poison. The J. Paul Getty Museum. Digital image courtesy of the Getty’s Open Content Program.

Around 120 bc the last and greatest of the Hellenistic kings of Pontos—a territory that included most of the Black Sea coast—came to the throne. Mithridates VI Eupator Dionysos would rule for about fifty-seven years, substantially longer than any of his seven predecessors, and even though his kingdom would largely be assimilated by the Romans or broken up into lesser states, his direct descendants would rule part of his realm—under Roman supervision—until at least the third century. One of the major dynasts of the late Hellenistic era, Mithridates VI would generate interest among Greeks and Romans alike for hundreds of years after his death. Moreover, he would have a vigorous afterlife in the arts and music into modern times. His accomplishments were not limited to the political and military world; he would create an intellectual and artistic presence at his court, including his own scholarly profile. Like other great opponents of Roman expansionism, his achievements would be preserved by those who defeated him.

Mithridates VI was educated in Greek learning and was especially interested in cultic matters and music. He wrote on the interpretation of dreams, both his own and those of members of his family. But the most important scholarly activity for both the king and members of his court was medical research. The king himself took the lead, even being a practicing physician, although this may have been more a political activity than a medical one. Prominent at the court was the herbalist Krateuas, known as the “root cutter,” who wrote an alphabetized herbal, noted for its colored representations of plants. He also wrote extensively on botany. The empiricist physician Zopyros, most of whose career was in Alexandria at the court of Ptolemy XII (he may have been a teacher of Cleopatra VII), exchanged information with the king about antidotes for poison and may have visited Pontos. The king had an extensive medical library, and he collected specimens and information from his territories and corresponded with physicians throughout the Mediterranean world. He urged the Greek physician Asclepiades of Bithynia, who lived in Rome, to come to the court, but their contact was limited to exchanging treatises. Since Asclepiades was dead by 91 bc, Mithridates’ medical interests must have begun early in life. 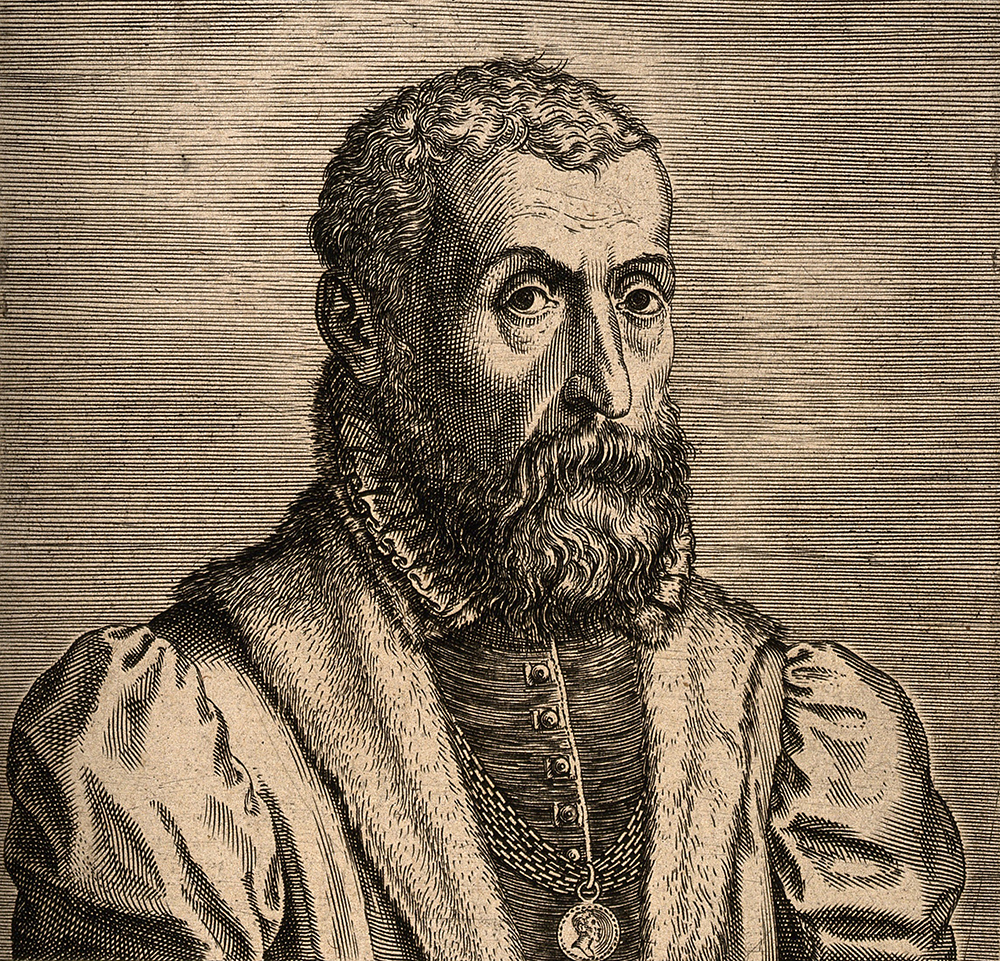 Interest in pharmacology was a particular concern of Hellenistic royalty: the danger of poisoning by one’s intimates was always present and could be successful. Attalus III of Pergamon (reigned 138–133 bc) was a noted agriculturalist—so much so that it was said he neglected his royal duties and hastened the end of his kingdom—who wrote on medicine and pharmacology. The Seleucid king Antiochus VIII (reigned c. 125–96 bc) created a compound effective against venoms as well as other remedies. Nicomedes IV of Bithynia (reigned c. 94–74 bc) was also a practicing pharmacologist.

Mithridates created a number of antidotes, generally based on herbs and other botanical materials. The most simple used walnuts, figs, and rue; others had dozens of ingredients. It was said that he successfully tested an antidote on a prisoner condemned to death. Although a similar story was told about Cleopatra VII (merely involving the poison, not the antidote), in Mithridates’ case the story was probably true. Eventually the name mithridatios (or mithridatum) was attached to one or more of these antidotes; the word mithridate is still used today to mean a remedy against poison and disease. The Mithridatic antidotes became popular in Rome, especially among the Roman elite, although in time they evolved away from the originals. In the Renaissance, antidotes called mithridatum were used against the plague, and a fine gilded terra-cotta drug jar, created to hold such compounds and with a representation of the death of the king, is attributed to Annibale Fontana and is on display in the Getty Museum.

Mithridates also experimented with scientific gardening, especially during his final exile in the Bosporus, attempting (unsuccessfully) to bring Mediterranean plants into that northern region. His name became attached to a number of plants that he identified, including one that Krateuas named mithridatia, with rosy flowers whose leaves were similar to an acanthus. There was another called scordotis or scordion, about a cubit in height with downy leaves like those of the oak, which was indigenous to Pontos. Neither of these can be identified with certainty today. There was a third, eupatoria (probably Agrimonia eupatoria); its seeds could relieve dysentery. Mithridates also developed some remedies for sore throats. Many of the king’s writings were discovered by Pompey at the collapse of the kingdom, including notebooks and other material in his own hand. He wrote in Greek, and some of his treatises and notes were translated into Latin by Pompeius Lenaeus, one of Pompey’s freedmen and a medical authority in his own right.

Ironically, the reputation of the king as a master gardener would have an impact after his death on his two conquerors, Lucullus and Pompey. Even over a century later, Lucullus’ gardens on the Pincian Hill in Rome and near Naples were famed for their opulence and Eastern quality. He imported plants from Pontos, especially the cherry tree. Pompey dedicated his theater and portico in the Campus Martius in Rome a few years after his triumph, one of the most innovative architectural complexes of the era. It included an elaborate garden with trees from Asia, a visible remnant of Pompey’s overseas career. The complex may also have had a statue of Mithridates brought from Pontos. The famous garden paintings from the dining room of the villa of Livia at Prima Porta, just north of Rome, now in the Museo Nazionale Romano, are perhaps the best extant example of the type of garden that aristocratic Romans cultivated, and perhaps even that of Mithridates himself. The spirit of the king was visible in Rome long after his death.

Perhaps unsurprisingly, Mithridates’ lifelong study of poisons seems to have played a major role in his eventual demise.

One day in early 63 bc Mithridates looked out from the portico of his palace and saw his son Pharnaces II being proclaimed king in the courtyard below. Mithridates was afraid that he would be handed over to the Romans and appear in a triumph. He had poison available, and first gave it to two of his daughters, Mithridatis and Nyssa, who had once been betrothed, respectively, to Ptolemy XII of Egypt and his brother Ptolemy of Cyprus. Both died immediately. But the poison was said to have had no effect on the king, who for many years had been constantly testing antidotes to protect himself. He thus asked a Celtic officer in his entourage, a certain Bituitus, to kill him, who complied. A less dramatic, and probably less reliable, tradition is that he was the victim of a rebellion in his army, a reaction against a planned European expedition. 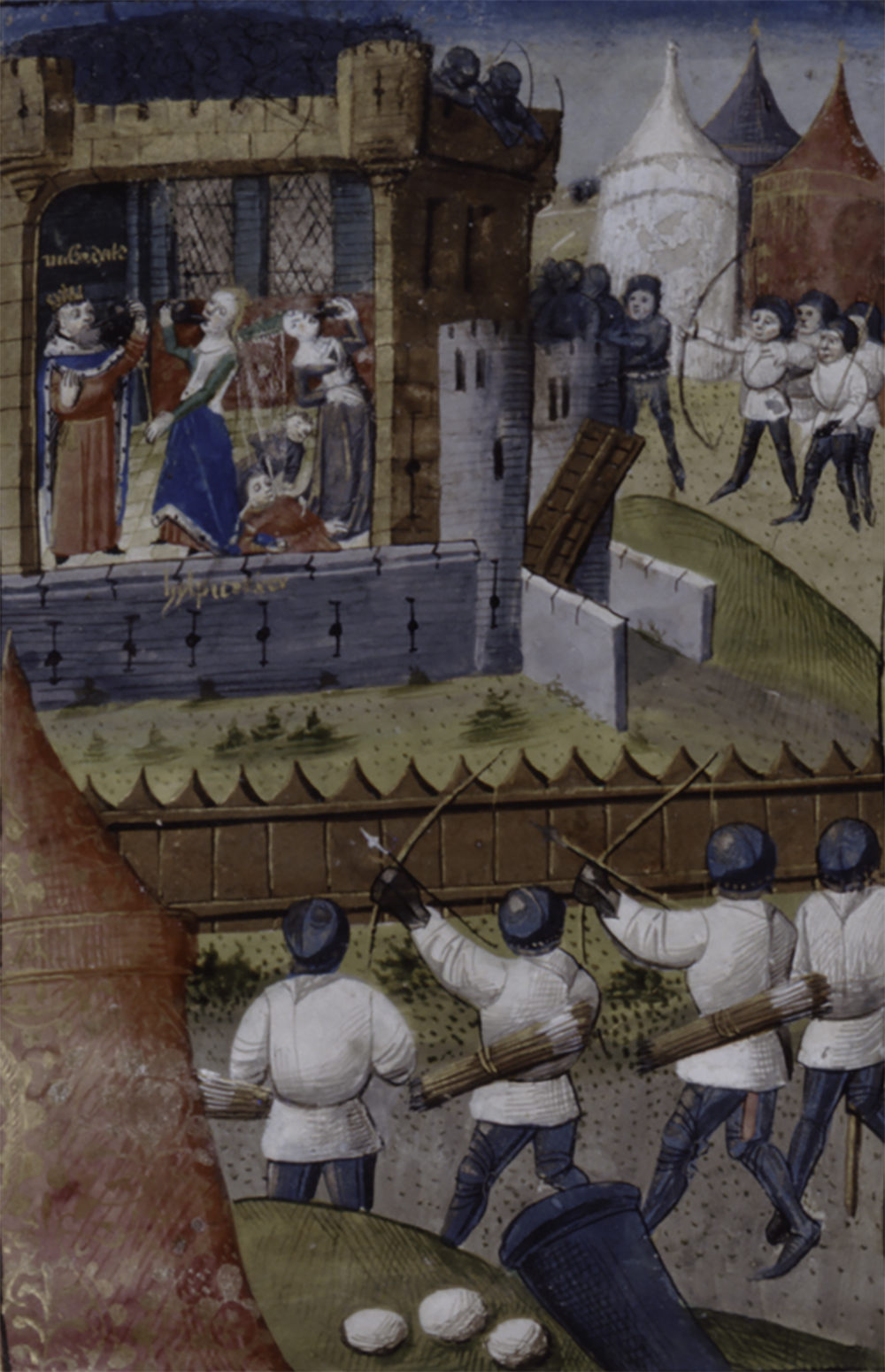 The story of the poison is suspicious, although commonly reported, with the most complete account by Galen. Galen’s report, written at least two centuries later, is introduced by “they say,” a way in Greek to indicate something that the author has reservations about. The most obvious concern is that the king, who was an expert on antidotes, would have been unlikely to take a poison that he had every reason to believe would not work. It is more probable that the tale was a created romantic version of the king’s death, similar to that of Cleopatra VII and the asp, which glossed over the fact that at the last moment, physically weak and politically destroyed, he was unable to do away with himself and, like Marcus Antonius thirty years later, had to call upon a slave.

Two decades after his death, Cicero called Mithridates VI “the greatest king since Alexander.” Although Cleopatra VII is often seen as the last great opponent of the Roman Republic, her opposition only occupied the last period of her life, yet Mithridates contended with it for nearly thirty years. As the Republic evolved into an empire, the kings and queens around its fringes, such as Herod the Great of Judaea, Archelaus of Cappadocia, Dynamis of Bosporos, and Juba II and Cleopatra Selene of Mauretania, sought accommodation with Rome as allied monarchs rather than confrontation. Duane W. Roller is professor emeritus of classics at Ohio State University. He is the author of numerous books, including Empire of the Black Sea: The Rise and Fall of the Mithridatic World, Cleopatra’s Daughter: And Other Royal Women of the Augustan Era, Ancient Geography: The Discovery of the World in Classical Greece and Rome, and Cleopatra: A Biography.