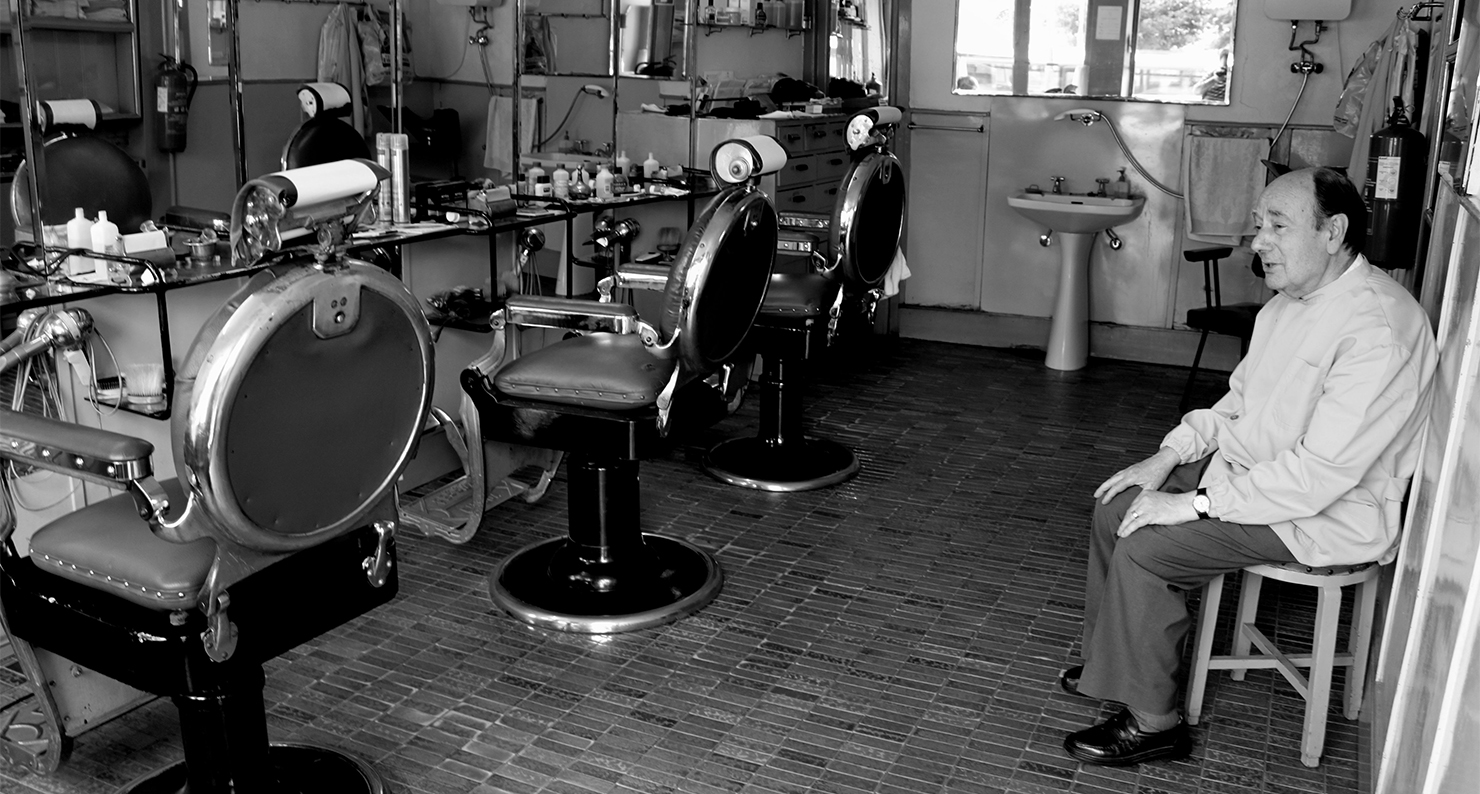 It’s a Saturday at the start of term, and I spend most of the day in bed, reading Hayden White’s once-scandalous Metahistory for my graduate seminar on historical methods. What a thing. A mountain of a book, relentless and mad. Truth is, I’ve never really read it before (only cribbed the first chapter), so there is a certain sense of penance in submitting to the many pages, a sense of just deserts in subjecting myself to a sweeping theory about history as literature built out of detailed studies of every major historian and philosopher of the nineteenth century. Nevertheless, about midway through the Hegel chapter I’m in despair (Hegel? A “comic emplotment”? How the hell am I going to teach this?), but I rally on Michelet, and am sailing by the time I hit Benedetto Croce. Aristocratic pessimism as ironic comedy! Historiography as the apotheosis of aesthetics! Oh the exquisite glories of the mind!

As is often the case these days, though, my mounting euphoria drags in its train an end-of-the-universe melancholy: Will my students even be able to read this thing? It’s thumping, erudite, theoretically unforgiving, a whole cosmology carved across four disciplines and four hundred years—a book from the early 1970s, a different age. An age of, well, books. All that is basically over, of course. One of the first-years students was using an iPad in our introductory session, white earbuds tossed casually around his neck like Isadora Duncan’s fateful scarf. I try to picture him lying still for seven hours reading about the historical imagination in nineteenth-century Germany. Impossible. Very bright guy, to be sure. He’ll do something with those smarts. But the world in which he will be a scholar is one I cannot really imagine. Will historians write comic books? Build navigable and interactive representations of the past? Probably. I’ll be dead.

Oh well. Who cares? Civilizations come and go. That’s what history is all about.

By four o’clock my posterior is good and numb, and I have Nietzsche coming out my ears. Time for a stroll. A haircut, I decide—the perfect way to mark the new academic year.

So I make my way down Amsterdam Avenue on a glorious autumn afternoon, leaving the well-heeled precincts of Columbia University and descending into the neighborhood known as “Manhattan Valley”—the not-especially-elegant Hispanic enclave between the top of the Upper West Side proper (96th street) and the southern edge of the campus (114th). Laundromats. Vans parked on the street playing loud salsa music. Storefront Tai Kwon Do academy. There is a good sized rat pressed into the pavement at the corner of 109th street, and a few hustlers hanging around an ill-kept tenement on 108th. A double-decker bus goes by, open on the top and filled with tourists snapping photos. These blocks are on the “Harlem Loop” of the tour companies that send their lorry-galleons in endless circuits of Manhattan.

As usual, Rafael is sitting in his chair, reading the Spanish-language daily paper. He is the oldest barber at Michael’s, and has the place of honor at the window, though one hardly ever sees him employed in actual barbering. The lemon-colored place hums with young men—cutting and being cut beneath incongruous crystal chandeliers. The styles tend toward Dominican-rakish: closely shaved hairlines in unlikely face-framing patterns. Very odd. Arawakan in their artifice, and requiring nearly daily attention to remain crisp and clean. Not the sort of thing Rafael does. So he reads the paper, enjoying the sociability of passing acquaintances—old men. He greets me and rises, offering me the chair, and we embark on the familiar ritual: the neck tissue; the plastic apron; the banter. His granddaughters are well. And my girls? Fine.

And he starts snipping, unguided. I want a haircut. Simple enough. Nothing to explain.

What have I been up to, he asks in Spanish. I say I’ve been preparing for my classes. And what am I teaching? History. Historia. La filosofía de la historia.

Very interesting, he says, nodding. Interesante. There is a lot of work in that area these days, he notes. I have no idea what he might mean, so I ask. “People are interested in history,” he replies, squinting behind my ear: “They want to understand the past.”

Silence. He pushes my head to the side, and I find myself looking out the window at the street—the people passing: a bum, three small girls playing with a toy stroller, a dark-skinned woman in shorts and boots and an open-knit thing like a trenchcoat made of lingerie.

They do? It seems so unlikely. We are quiet for a while. In the mirror I can see the large plasma televisions that hang on the youthful side of the room. One is showing a Yankees game; the other an MTV-like Hispanic variety show in which the camera orbits the callipygian contours of women in spandex mini-skirts. On the stage, fat men in dark glasses ogle their dancers casually, and hide behind stumpy microphones held at strangely phallic angles. It’s a bad world. Ugly. Stupid. I look away from the screens, dropping my eyes, and notice the little hooks from which Rafael hangs his clippers. All crooked. He probably screwed them in himself. Sad. It’s a sad world too. Ugly, stupid, bad, and sad.

“Uno no puede cruzar dos veces el mismo río,” Rafael offers suddenly, seemingly apropos of nothing, brushing out the stubble from his clipper. But then I see what he’s referring to: philosophy of history. And so I nod: right, right; exactly. Heraclitus. The river is always changing. You are always changing. Upshot: neither you nor the river is what it was by the time you make your way back across. The flow of time. Time is all flow. The present moment is everything (Bergson) or nothing (McTaggart). I am trying to encourage further conversation, but am aware that I am doing the thing that professors do: lecturing. I wind down. Rafael takes a straight razor to the back of my neck. Silence again. Scrape scrape. A tingle down my spine.

Hmm. Heraclitus didn’t talk about thesis and antithesis. The old man is confused. But where the hell did Rafael learn about Hegel?

He was? Maybe. I’ll have to check that. Hmm. Not impossible. I make some noncommittal noises.

We look at each other in the glass, and I nod slowly, totally perplexed, entranced. He’s got it all wrong—scrambled. The antithesis before the thesis? Time backwards. Hegel via Heraclitus. The river running in reverse. Rafael goes back to my head, shaving behind my left ear. “Eso influenció mucho a Karl Marx, ” he explains, and blows lightly on my neck, undoing the snap and showing me the back of my head in a small hand-held mirror. I look strangely young, and nod again, rising, brushing myself off.

As I hand him the green bills, I ask where he learned all the stuff about Hegel and Heraclitus, and he gestures vaguely—school, a school in Guatemala, back before he was a barber, a political school, international. All that was a long time ago. He smiles and waves me off, “¡Adiós! ¡Hasta la vista!”

Back outside, walking up the avenue, I Google “Heraclitus and Hegel” on my phone, and, sure enough, find quotes galore attesting to the German’s avowed debt to the presocratic sage. Huh. Raphael was right. Then I look up “Marxism and Guatemala,” and figure out that before the CIA coup in 1954 the place was understood to be a communist beachhead in the Caribbean. So there it is: Raphael, in the early 1950s, must have been an up-and-coming star of the Dominican leftist youth—one with it enough to get sent for training in neighboring Guatemala. All that, before the fall of Batista. Back when Che was rafting down the Amazon. We never cross the same river twice.

And in the end, we can’t even figure out which way the thing is flowing. Confused old man. Quiet now. Sitting all day in the window. The fragments of what he knew. The fragments of a whole world: first the antithesis, then the synthesis, together they give rise to the thesis. Voilà. The flotsam of German idealism on 107th and Amsterdam. Sad sad sad.

Unless, of course, he was…joking.

Hmm. Review. Orthodox Marxist analysis? First the thesis (feudalism), then the antithesis (capitalism), and out of that ineluctable dialectic, the synthesis (communism). Raphael’s version? First the antithesis (capitalism), then the synthesis (communism), out of which conflict is produced, finally, the thesis (feudalism).

And at this point I actually stop dead on the sidewalk. Capitalism, confronting communism, out of which emerges feudalism. But this is the twentieth century history of Latin America! This is dialectical materialism in the Caribbean! Colonial capitalism, confronted by Marxist insurgency, implodes, leaving primitive strongmen atop agrarian serfs. Modernization theory plus collectivization yields Assyrian despotism! Raphael wasn’t confused, he was offering me, offhand, an analysis of the structural inversions of Cold War geopolitics.

And with that, I am back to the Hayden White: Hegel. A comic emplotment. Indeed. My Monday seminar is falling into place. I slip into a café, and send myself this piece as an email. So I won’t forget.

D. Graham Burnett is an editor at Cabinet Magazine and a historian of science at Princeton University. His most recent book is The Sounding of the Whale: Science and Cetaceans in the Twentieth Century.