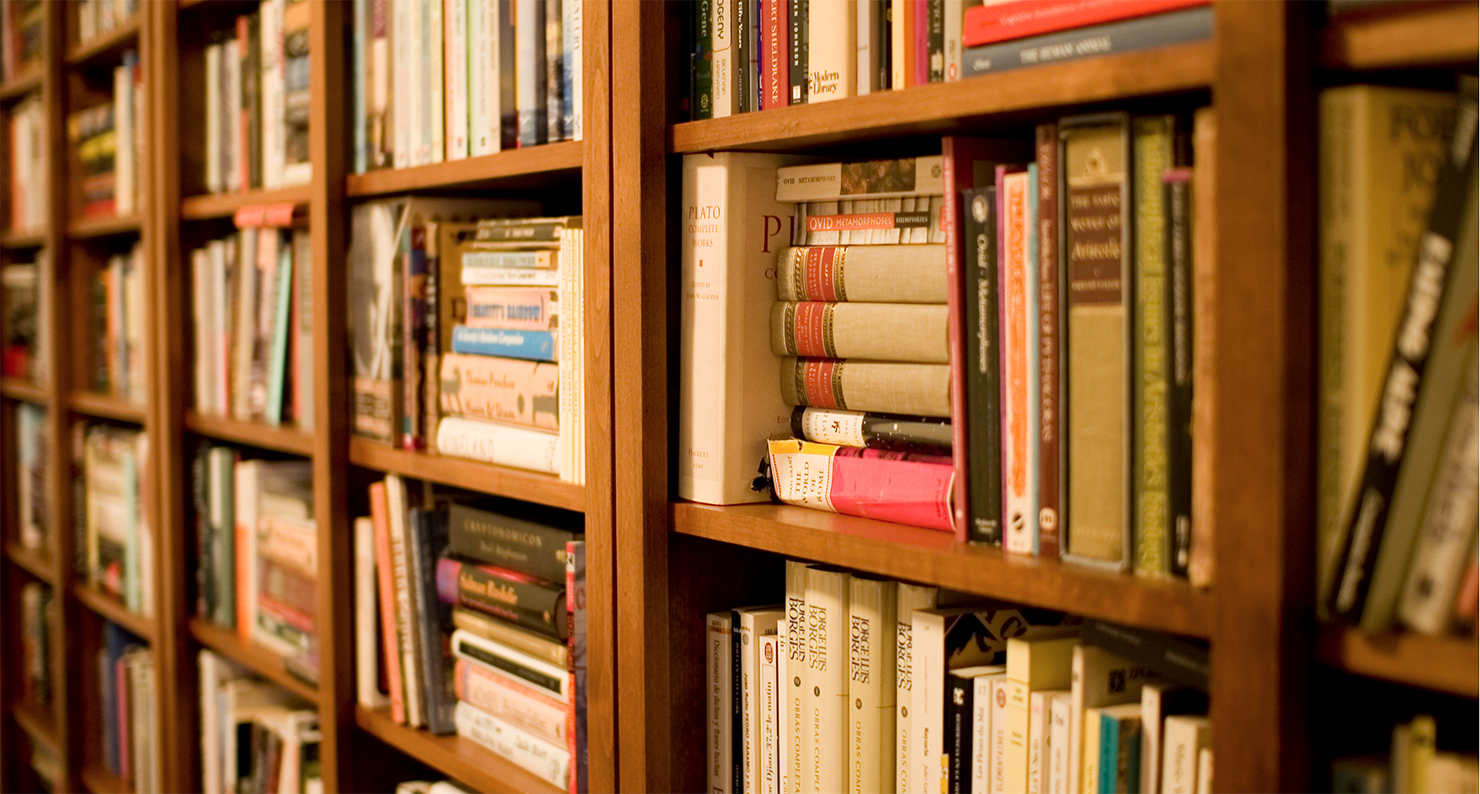 A bookshelf, 2006. Photograph by Stewart Butterfield.

Imagine an industry where seventy percent of your products lose money. You knit ten different types of wool socks. Seven don’t sell enough to cover the cost of the wool, while the other three are so popular they’re capable of keeping the whole enterprise afloat. This is the basic math of book publishing, a business model that’s evolved over the course of the last couple centuries and has alternately baffled, unnerved, and outraged the long list of hugely intelligent people who have given their lives to it. The “worst business in the world,” Doubleday’s cofounder Walter Hines Page called it, and even in flush times, the refrain is usually the same. It’s hard to think of another industry so perpetually prone to grumbling and self-hatred. As early as 1896, Publisher’s Weekly wondered whether the book business was “A Doomed Calling”—a question that, by the late nineteenth century, had already become a cliché.

Recently, the doomsaying has reached a fever pitch over the threat posed by e-books. Publishers fear that companies like Amazon will erode their margins by setting unreasonably low prices for digital books. Even more frightening is the possibility that the handful of bestselling authors who keep the industry solvent will start self-publishing through digital platforms, leaving publishers out in the cold. The apocalypse of American book publishing, after a hundred or so years of false alarms, seems finally to have arrived.

But there is another scenario. This is the possibility that book publishing, despite its many antiquated practices and inefficiencies, is more adaptive than its critics give it credit for; and that the current convulsions, far from being unprecedented, are only the most recent phase in a centuries-long story of radical reinvention. The production and distribution of books have changed dramatically over the last twenty decades, and whenever they do, the publishing landscape endures another of those wrenching spasms that periodically clobber anyone adventurous enough to build a business on such quaky ground.

After the Civil War, American publishing endured a similar upheaval. New technology made paper and printing much cheaper. Railroads, canals, and steamboats improved distribution. Rising literacy rates stoked demand. The result was a reading revolution, as millions of new readers—educated in public schools and libraries, many of them immigrants or former slaves—began buying books for the first time. In 1853, fewer than eight hundred new books appeared in the United States; by 1880, the number had almost tripled. By the close of the century, The Bookman, a New York magazine, was publishing a monthly list of “best sellers.”

Traditional publishers reacted cautiously. They had historically been small, family-owned enterprises, usually linked to a printing or bookselling shop. The company that became Harper & Brothers started in 1817 as a one-room printer’s office; by the late 1840s, it was the largest publisher in the United States. Even as modest firms scaled into bigger corporations, they often retained family ownership, and the industry as a whole prided itself on a genteel sensibility starkly at odds with the era’s aggressive entrepreneurialism. The great publishers of the late nineteenth century couldn’t be further removed from cutthroat contemporaries like Andrew Carnegie and J. P. Morgan. They seemed less like businessmen than “business men of letters,” in the words of one historian: members of an elite gentlemen’s club tasked with elevating the country’s culture and enriching the mind of the American reader.

They cared deeply about the idea of publishing as a public service. The books they sold were supposed to be ennobling works of art. What dismayed them about America’s rapidly expanding readership—those newly literate masses hungry for the printed word in all its bound and broadsheet varieties—was that the newcomers didn’t always appreciate the finer things. Popular taste ran more to entertainment than enrichment. Cheap, sensational books flooded the market, especially those precursors of pulp fiction known as “dime novels,” which readers devoured in great quantities.

What really upset the traditionalists, however, was the industrywide menace known as “subscription” publishing. Back then, like today, publishers wholesaled to retailers (bookstores), which in turn sold to customers. Subscription houses cut out the middleman—in today’s jargon, “disintermediated”—by sending agents door-to-door with samples of upcoming titles. Customers would pay to have the book delivered when it appeared. The model was almost as old as bookselling itself—Napoleon Bonaparte and George Washington both worked as subscription agents for a time—but it returned with a vengeance after the Civil War. An army of subscription men canvassed the country, knocking on doors, hawking everything from encyclopedias to cookbooks, Bibles to self-help manuals—often tricked out with fancy binding and gaudy illustrations to justify steep prices. They lied, overcharged, hustled their wares as if their lives depended on it. “They tried to kill a book agent in Omaha last week,” joked the New Orleans Picayune in 1873. “He was robbed, thrown into the river, knocked off the cars, tossed from a high bridge into the river again, and in two hours was around with Cassell’s Illustrated Bible, trying to get a subscription from the head of the attacking party.”

Their persistence paid off. From 1870 until 1900, subscription agents accounted for more than two thirds of the country’s book sales. Predictably, the traditional publishers cried bloody murder. These upstarts didn’t play by the rules. They were ungentlemanly: rather than putting books on a shelf and waiting for them to sell, they pushed the product directly to the consumer. Worse, one of the most popular authors in the country became a poster boy for the subscription model: Mark Twain. He published his first major book, The Innocents Abroad, in 1869 through a subscription house, and its success made him an obscene amount of money by contemporary standards. Within the first eighteen months, the book sold 82,524 copies. Twain’s take was $16,504—or about $217,762 in today’s dollars. “Anything but subscription publication is printing for private circulation,” Twain crowed to his friend William Dean Howells.

Traditional publishers took the hint. Beginning in the 1870s, they built their own subscription departments. They gradually embraced promotion, advertising, and other strategies for making their products stand out in a saturated media marketplace. They accommodated themselves to the new realities of mass America. The industry that emerged from the turmoil of the late nineteenth century was a hybrid: a composite of continuities and innovations, archaic in certain respects and modern in others, like a new house grafted onto old foundations.

The industry that comes out of the current crisis seems likely to take the same form. E-books are to publishers today what subscription houses were to publishers then: ingenious, earth-shattering ideas beloved by ordinary readers. Both make distribution more efficient by putting content into the hands of millions of Americans who don’t live near bookstores. The fact that someone living in Keokuk, Iowa can download a new novel in less than a minute is indisputably a good thing. But it also entails certain consequences that will be hard to reconcile with publishing in its present state. The inevitable restructuring will, like many previous ones, be painful; but afterwards, the industry will still exist, and among the many timeworn traditions preserved in its next incarnation will be an obsessive need to predict its imminent demise.

Ben Tarnoff is the author of A Counterfeiter’s Paradise: The Wicked Lives and Surprising Adventures of Three Early American Moneymakers and The Bohemians: Mark Twain and the San Francisco Writers Who Reinvented American Literature.