Article I
The people have triumphed over tyranny and superstition; a monument will consecrate this memory.

Article II
The monument will be colossal.

Article III
The people will be represented by a statue.

Article V
It will hold in one hand the figures of Liberty and Equality; it will lean with the other hand on its truncheon; on its forehead will be the word light; on its breast nature and truth; on its arms, strength; on its hands, labor.

Article VI
The statue will be fifteen meters, or forty-six feet, tall.

Article VII
It will be erected on the debris of the idols of Tyranny and Superstition, built up to create a foundation.

Article VIII
The monument will be erected at the westernmost point of the Île de Paris.

Article IX
The nation calls on all the artists of the Republic to present, within two months, models that will give an idea of the form, the attitude, and the character of this statue, following the decrees which will serve as a plan.

Article X
These models will be sent to the minister of the interior, who will deposit them in the museum, where they will be exhibited for twenty days. 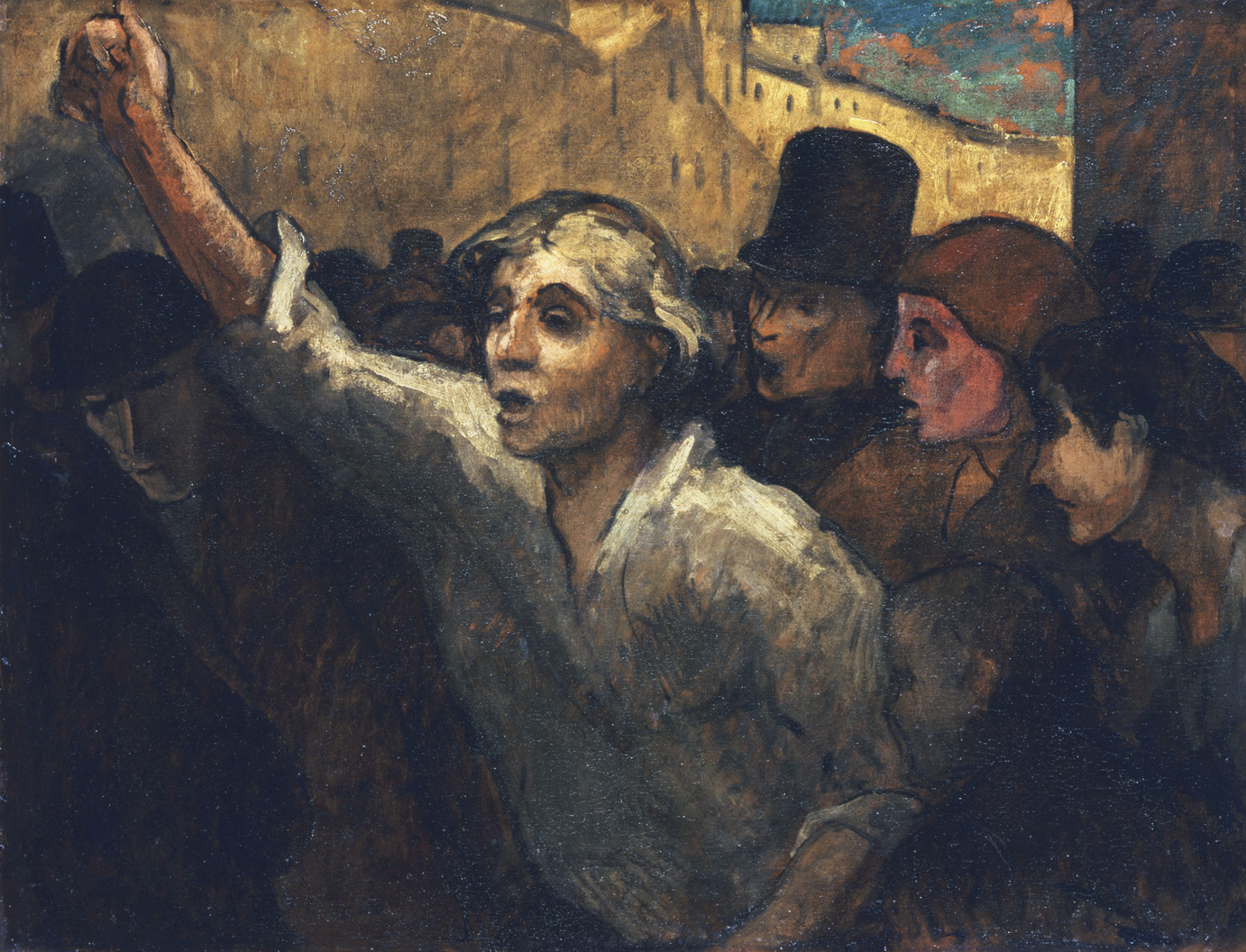 Article XI
A jury, nominated by the Assembly of the Representatives of the People, will publicly judge the competition in the ten days following the exhibition.

Article XII
The four competitors who are most successful in the competition will compete with one another for the execution.

Article XIII
The statue made in plaster or clay in the proportions prescribed by Article VI, will be the required test for the second competition.

Article XV
He who wins the prize will be entrusted with the execution.

Article XVI
The other three competitors will be indemnified by the state.

Massacre Under the Triumvirate, allusion to the massacre of Protestants by the League of Catholics during the French Wars of Religion, by Antoine Caron, 1566. Louvre, Paris, France.

Article XVII
The declaration of rights, the constitutional act engraved on steel, the medal of August 10, and this decree will be deposited in the truncheon of the statue.

Article XVIII
This decree, as well as the report, will be inserted in the bulletin and sent to the armies.

From a decree presented to the National Convention. Nicknamed the “Robespierre of the brush,” David as a member of the Committee of Public Instruction called for this monument to be built using dismantled old statues so a traveler might remark, “‘I once saw kings in Paris, the objects of a humiliating idolatry; I went there again, and they were there no more.’” The project was never carried out. After Napoleon Bonaparte’s coup d’état in 1799, David was commissioned to paint the canvas that became Napoleon Crossing the Great Saint Bernard Pass.