America, said Horace, the office temp, was a rundown and demented pimp. Our republic’s whoremaster days were through. Whither that frost-nerved, diamond-fanged hustler who’d stormed Normandy, dick-smacked the Soviets, turned out such firm emerging-market flesh? Now our nation slumped in the corner of the pool hall, some gummy coot with a pint of Mad Dog and soggy yellow eyes, just another mark for the juvenile wolves.

“We’re the bitches of the First World,” said Horace, his own eyes braziers of delight.

We all loved Horace, his clownish pronouncements. He was a white kid from Armonk who had learned to speak and feel from a half-dozen VHS tapes in his father’s garage. Besides, here at our desks with our turkey wraps, I did not disagree.

But I let him have it. It was my duty. We were in what they call a university setting. A bastion of, et cetera. Little did I know this was my last normal day at said bastion, that my old friend Purdy was about to butt back into my world, mangle it. I just figured this was what my worst teachers used to call a teachable moment. 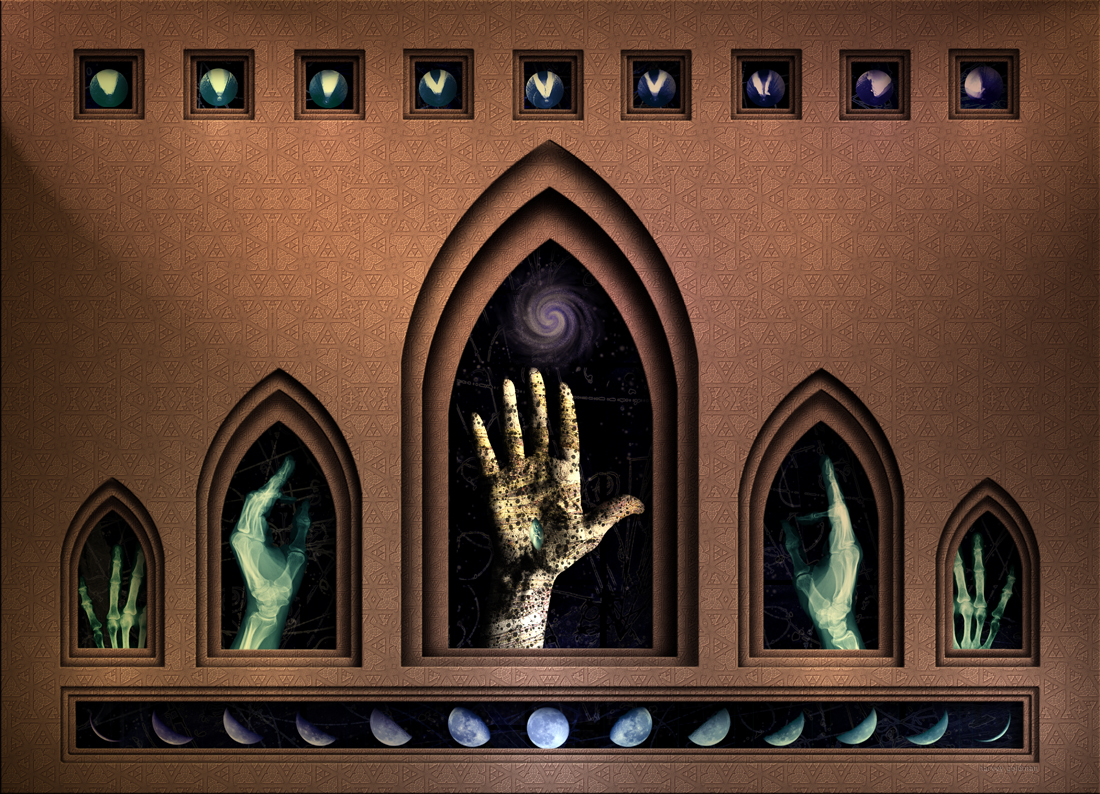 “Horace,” I said. “That’s a pretty sexist way to frame a discussion of America’s decline, don’t you think? Not to mention racist.”

“Did you get avocado on yours?”

“What about hairy ones?” I said, parted my shirt to air my nipple fuzz. Horace let me be a cretin with him. You could call him my infantilism provider, though you’d sound like an idiot. Otherwise, I was ostensibly upstanding, a bald husband, a slabbellied father.

“Gentlemen,” said our supervisor, Vargina, coming out from her command nook. “Did you send off those emails about the Belgian art exchange?”

Horace swiveled back to his monitor with the mock panic of a sitcom serf. Vargina took scant notice of our talk, tolerated foul banter for purposes of morale. But the fact remained, we had forgotten the afternoon’s assignment. The gods of task flow did not easily forgive.

Where we worked was in the development office of a mediocre university in New York City. It was an expensive and strangely obscure institution, named for its syphilitic Whig founder, but we often called it, with what we considered a certain panache, the Mediocre University at New York City. By we, I mean Horace and I. By often, I mean once.

I have found that among its other benefits, giving liberates the soul of the giver.

Our group raised funds and materials for the university’s arts programs. People paid vast sums so their spawn could take hard drugs in suitable company, draw from life on their laptops, do radical things with video cameras and caulk. Still, the sums didn’t quite do the trick. Not in the cutthroat world of arts education. Our job was to grovel for more money. We could always use more video cameras, more caulk, or a dance studio, or a gala for more groveling. The asks liked galas, openings, recitals, shows. They liked dinner with a famous filmmaker for them to fawn over or else dismiss as frivolous.

An ask could be a person, or what we wanted from that person. If they gave it to us, that was a give. The asks knew little about the student work they funded. Who could blame them? Some of the art these brats produced wouldn’t stand up to the dreck my three-year-old demanded we tack to the kitchen wall. But I was biased, and not just because I often loved my son. Thing was, I’d been just like these wretches once. Now they stared through me, as though I were merely some drone in their sight line, a pathetic object momentarily obstructing their fabulous horizon. They were right. That’s exactly what I was.

A solitudinous roil, my bitterness. Horace, after all, was their age. He had no health insurance, just hope. Our rainmaker, Llewellyn, seemed born to this job, keen for any chance to tickle the rectal bristles of the rich with his Tidewater tongue. He was almost never in the office, instead sealing the deal on a Gulfstream IV to Bucharest, or lying topside on a Corfu yacht, slathered in bronzer.

Llewellyn delivered endowed chairs, editing suites, sculpture gardens. My record was not so impressive. My last big ask, for example, had failed to yield a few plasma TVs from the father of a recent film graduate.

Mr. Ramadathan had mortgaged his electronics store so his son could craft affecting screenplays about an emotionally distant, workaholic immigrant’s quest for the American dream. But the father’s giddiness had begun to wear off. The boy was unemployable. Now Mr. Ramadathan was maybe not so eager to relinquish his showroom models.

I’d made the hot, khaki-moistening hike past all the car dealerships and muffler shops on Northern Boulevard in Queens, stood in the sleek, dingy cool of the store. Mr. Ramadathan sat near the register in a wicker chair. The plasmas were not on display. Sold or hidden, I had no idea. Mr. Ramadathan stared at me, at the sweat patches on my crotch. He pointed toward some old video game consoles, a used floor fan, dregs of the dream.

“Please,” he said, “take those. So that others may learn.”

Unlike the time Llewellyn secured a Foley stage for the film department, there was no cele­bration on the Mediocre patio. No sour chardonnay got guzzled in my honor, nor did any lithe director of communications flick her tongue in my ear, vow to put me on the splash page of Excellence, the university’s public relations blog.

If not so ecstatic in her position as Llewellyn, Vargina seemed happy enough, or at least adopted a mode of wise, unruffled decency in the office. She’d been a crack baby, apparently due to her mother being a crackhead, one of the early ones, the baking soda vanguard. Vargina was a miracle, and that’s maybe the only time I have used the word sincerely. Her mother had named her the word her name resembled. A sympathetic nurse added the “r.”

“Milo,” she said now. “How is the Teitelbaum ask going?” 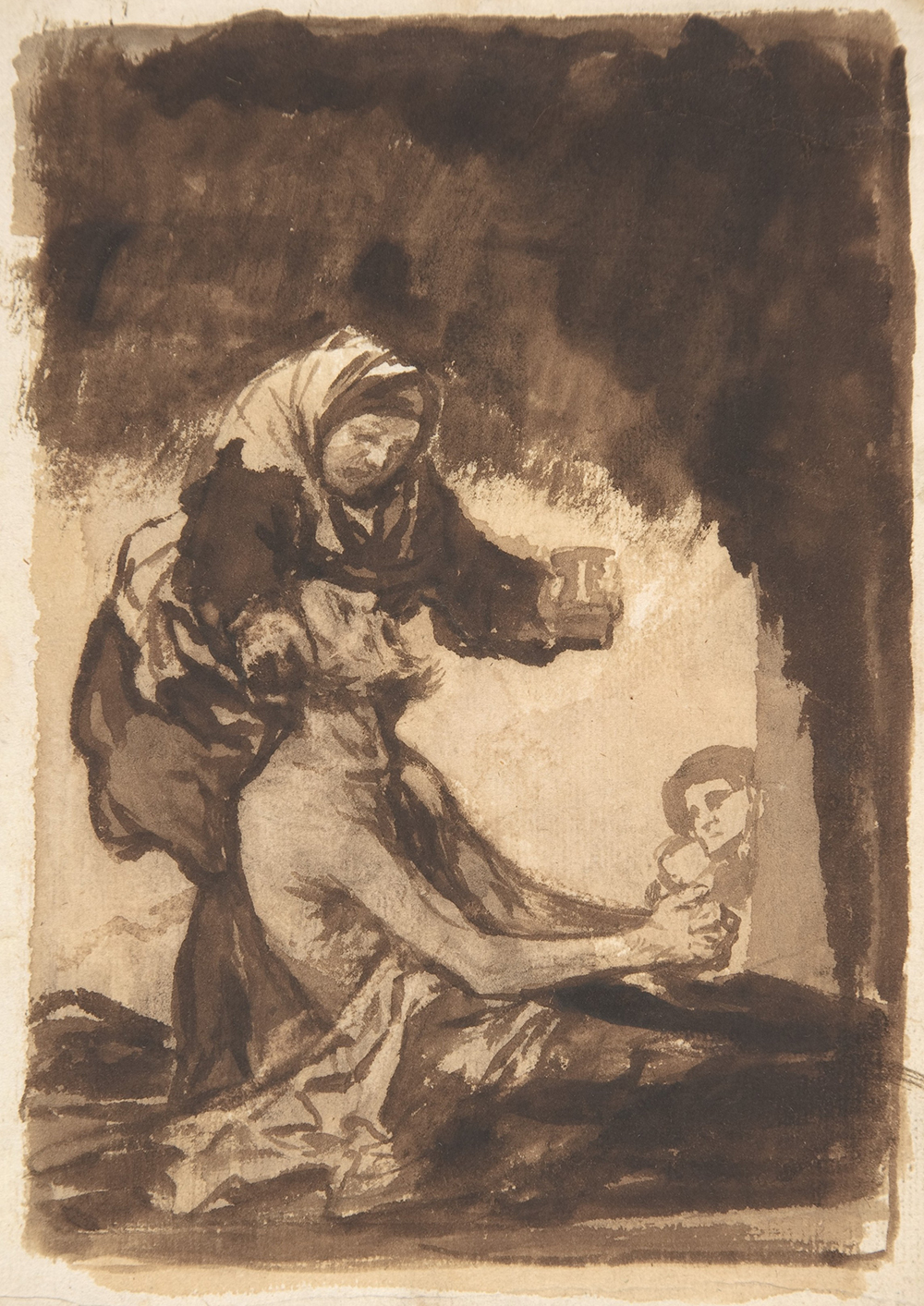 A Woman Handing a Mug to an Old Man, by Francisco de Goya, c. 1815. The Metropolitan Museum of Art, Harris Brisbane Dick Fund, 1935.

Vargina had enormous breasts I liked to picture flopping out of a sheer burgundy bra. Sometimes they just burst out in slow motion. Sometimes she scooped them out with her slender hands, asked me to join her reading group.

“Making progress,” I said. “Chipping away.”

“Maybe you need a larger tool,” said Vargina, appeared to shudder slightly, perhaps worried her innocent metaphor would be misconstrued as sexual. Her words, however, were not misconstrued at all. I had already begun to picture my cock in high quiver, sliding up the lubed swell of her chest. We were in a library of lacquered wood. Viola tones rose from a carved alcove. Baby oil beaded on rare folios.

“Well,” said Vargina, tapped the plastic parapet of my cube wall. “Just stick with it.”

Truth was, the Teitelbaum ask was going nowhere. I was barely hanging on here in development. I wasn’t developing. I’d done some good work at a nonprofit a few years ago, but the South Bronx Restoration Comedy Project never really took off. The university snapped me up at a bargain rate. I’d become one of those mistakes you sometimes find in an office, a not unpleasant but mostly unproductive presence bobbing along on the energy tides of others, a walking reminder of somebody’s error in judgment.

From The Ask. Mediocre University of The Ask is based on Columbia University, where Lipsyte serves as chair of the MFA Writing Program at the School of the Arts. “Interesting to me about this idea of ‘asks,’ ” said Lipsyte in 2012, “is the way that it would leak into everyday life, personal relationships, dynamics of family.”