Now, there was an orphan boy in the village who sat with the humble people over the entranceway of the kashim. He was despised by everyone. When the magic of the shamans failed to bring back the sun and moon into the sky, the boy mocked them. He said, “What fine shamans you must be. You cannot bring back the light, but I can.” Then the shamans were angry and beat that boy and drove him out of the kashim. Now, this boy was like any other boy until he put on a raven coat he had. Then he became Raven.

Now, the boy went to his aunt’s house. He told her the shamans had failed to bring back the light, and they had beaten him when he mocked them. The boy said, “Where are the sun and moon?”

The boy said, “I am sure you know. Look what a finely sewn coat you wear. You could not sew it that way if you did not know where the light is.”

Then the aunt said, “If you wish to find the light, go far to the south. Go on snowshoes. You will know the place when you get there.”

The boy put on his snowshoes and set off toward the south. Many days he traveled, and the darkness was always the same. When he had gone a very long way, he saw far in front of him a ray of light. Then the boy hurried on. As he went farther, the light showed again, plainer than before. Then it vanished for a time. Thus it kept appearing and vanishing.

The boy stopped and began to plan how to steal the ball of light.

Then the boy walked up to the man. He said, “Why do you throw up the snow? It hides the light from our village.”

The man said, “I am not hiding the light. I am cleaning away the snow. Who are you? Where did you come from?”

The boy said, “It is so dark at our village, I do not want to stay there. I came here to live with you.”

“All the time?” asked the man. 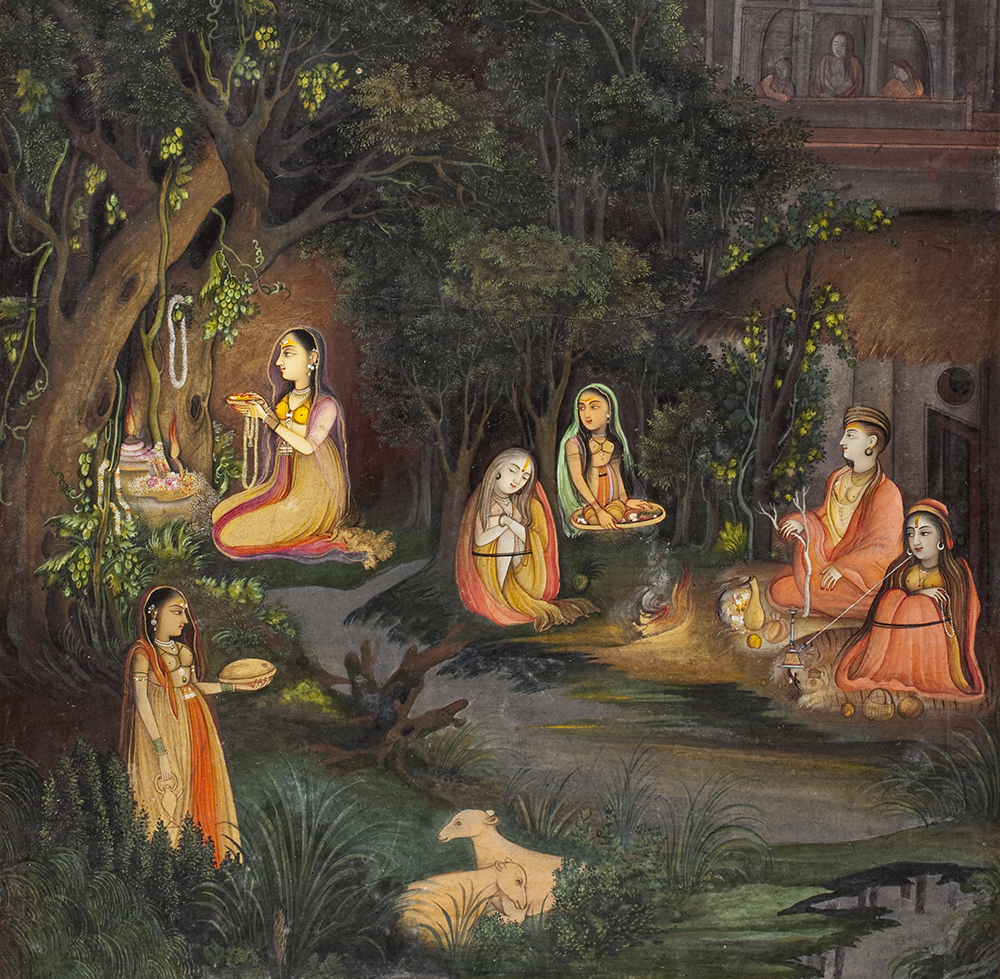 The man said, “All right. Come into the house with me.” Then he dropped his shovel on the ground. He stooped down to lead the way through the underground passage into the house. He let the curtain fall in front of the door as he passed, because he thought the boy was close beside him.

Then the boy caught up the ball of light. He put it in the turned-up flap of his fur coat. Then he picked up the shovel and ran away toward the north. He ran until his feet were tired. Then he put on his raven coat and flew away. He flew rapidly to the north. Raven could hear the man shriek behind him. The man was pursuing him. But Raven flew faster. Then the man cried, “Keep the light, but give me my shovel.”

Raven said, “No, you cannot have your shovel. You made our village dark.” So Raven flew faster.

Now as Raven flew, he broke off a little piece of the light. This made day. Then he went on a long time in darkness until he broke off another piece of light. Thus it was day again. So as Raven flew to the village, he broke off the pieces of light. When Raven reached the kashim of his own village he threw away the last piece. He went into the kashim and said to the shamans, “I have brought back the light. It will be light and then dark, so as to make day and night.”

After this, Raven went out upon the ice because his home was on the seacoast. Then a great wind arose, and the ice drifted with him across the sea to the land on the other side. Thus Raven brought back the light. It is night and day, as he said it would be. But sometimes the nights are very long because Raven traveled a long way without throwing away a piece of the light.

An Inuit myth. In 1906 librarian and folklorist Katharine Berry Judson moved to Seattle to enter the University of Washington’s graduate program in history and began to write down stories from various Native American oral traditions. “She would have agreed, I think, that there is always room for a new character in the stories,” wrote historian Peter Iverson in his introduction to a 1993 edition of one of the seven such collections of legends Judson published, “for there are always new lessons to be learned, new beings to be fooled or taught.”