Ganglieri, speaking to three men named High, Just-as-High, and Third, asked, “What is to be said about Ragnarok? I have not heard it spoken of before.”

High replied, “There are many important things to be said about it. First will come the Fimbulvetr [Extreme Winter]. Snow will drive in from all directions; the cold will be severe, and the winds will be fierce. The sun will be of no use. Three of these winters will come, one after the other, with no summer in between. But before that there will have been another three winters with great battles taking place throughout the world. Brothers will kill brothers for the sake of greed, and neither father nor son will be spared in the killings and the collapse of kinship.

“Next will come an event thought to be of much importance. The wolf will swallow the sun, and mankind will think it has suffered a terrible disaster. Then the other wolf will catch the moon, and he too will cause much ruin. The stars will disappear from the heavens.

“So also there is this to be told: the whole earth, together with the mountains, will start to shake so that the trees will loosen from the ground, the mountains will fall, and all fetters and bonds will sever and break. Then the Fenriswolf will break free. The sea will surge onto the land as the Midgard Serpent writhes in giant fury and advances up on the land. Then it also will happen that the ship Naglfar loosens from its moorings. It is made from the nails of dead men, and for this reason it is worth considering the warning that if a person dies with untrimmed nails, he contributes crucial material to Naglfar, a ship that both gods and men would prefer not to see built. On the flooding sea, Naglfar comes floating. The giant steering Naglfar is named Hrym. Meanwhile, the Fenriswolf advances with its mouth gaping: its upper jaw reaches to the heavens and the lower one drops down to the earth. He would open it still wider, if only there were room. Flames shoot out of his eyes and nostrils. The Midgard Serpent spews out so much venom that it spatters throughout the air and into the sea. He is terrible and will be on one side of the wolf.

“The Aesir and all the einherjar dress for war and advance on to the field. Odin rides in front of them. He wears a gold helmet and a magnificent coat of mail, and he carries his spear called Gungnir. He goes against the Fenriswolf with Thor advancing at his side. Thor will be unable to assist Odin because he will have his hands full fighting the Midgard Serpent.

Time will reveal everything. It is a babbler and speaks even when not asked.

“Thor will kill the Midgard Serpent, and then he will step back nine feet. Because of the poison the serpent spits on him, he will fall to the earth, dead. The wolf will swallow Odin, and that will be his death. But immediately afterward the god Vidar will stride forward and thrust one of his feet into the lower jaw of the wolf. With one hand he takes hold of the wolf’s upper jaw and rips apart its mouth, and this will be the wolf’s death.

Then Ganglieri asked, “What will be after heaven and earth and the whole world are burned? All the gods will be dead, together with the einherjar and the whole of mankind. Didn’t you say earlier that each person will live in some world throughout all ages?”

And Third replied, “There will be, at that time, many good places to live. So also there will be many evil ones. It is best to be in Gimle in heaven. For those who take pleasure in good drink, plenty will be found in the hall called Brimir. There is likewise a splendid hall standing on Nidafjoll [Dark Mountains]. In this hall, good and virtuous men will live. On Nastrandir [Corpse Strands] there is a large, foul hall whose doors look to the north. It is constructed from the spines of snakes like a house with walls woven from branches. The heads of all the snakes turn into the house, spitting venom so that a river of poison runs through the hall, and down it must wade those who are oath breakers and murderers.

Then Ganglieri asked, “Will any of the gods be living then? Or will there be anything of the earth or the sky?”

High said, “The earth will shoot up from the sea, and it will be green and beautiful. Self-sown acres of crops will then grow. Vidar and Vali survive, and they will inhabit Idavoll. To there will come Thor’s sons Modi and Magni, and they will have Mjollnir, the hammer of Thor, with them. Next Baldr and Hod will arrive from Hel. They will all sit together and talk among themselves, remembering mysteries and speaking of what had been, of the Midgard Serpent and the Fenriswolf.

“In the place called Hoddmimir’s Wood, two people will have hidden themselves. Called Lif and Leifthrasir [Life and Life Yearner], they have the morning dew for their food. From these will come so many descendants that the whole world will be inhabited.

“There is something else that you will find amazing. The sun will have had a daughter no less beautiful than she, and this daughter will follow the path of her mother.

© 2005 by Jesse Byock. Used with permission of Penguin Books Ltd.

From The Prose Edda. Descended from Egill Skallagrímsson, a tenth-century poet and hero of the Egils Saga, Snorri began amassing power and land after marrying an heiress in 1199, serving as the “lawspeaker” of the high Icelandic court intermittenly from 1215 to 1232. The Edda is among Scandinavia’s best-known literary works and is a vast source for Norse mythology, its influence evident in J. R. R. Tolkien’s The Lord of the Rings and Richard Wagner’s Ring cycle. 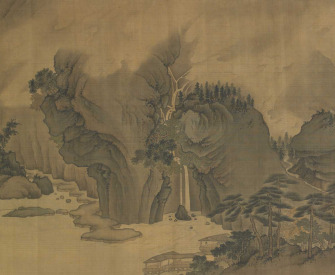 Mary Shelley on the arduous quest to reanimate matter.More