Human Rights Watch urges you to immediately halt the execution of Fawza Falih Muhammad Ali, currently imprisoned in Quraiyat Prison. Fawza Falih has exhausted her appeals, and her relatives in Jordan believe the papers are currently in your office awaiting your approval of the execution.

The court in Quraiyat, on April 2, 2006, sentenced her to death by beheading for the alleged crimes of “witchcraft, recourse to jinn, and slaughter of animals.”

We remain convinced that Fawza Falih has not committed any crime at all. First, it is not clear what the actual elements if any of the crime of “witchcraft” are, and the offense is not defined in Saudi law. As you know, Saudi Arabia does not have a written penal code that spells out the elements of a given crime. The accusation of witchcraft appears to have been based upon a broad, vague concept, which cannot be said to constitute “law.”

In addition to the lack of a clear definition of “witchcraft” in Saudi law and the absence of a written penal code in which to search for such a definition, the judges in the court of Quraiyat did not define the meaning of “witchcraft,” but instead cited a variety of alleged actions, stated intentions, and “tools” for “witchcraft” in a weak attempt to suggest that “witchcraft” had indeed taken place. The court cited one instance in which a man allegedly became impotent after being “bewitched.” In another, a divorced woman reportedly returned to her ex-husband during the month predicted by the witch said to have cast the spell. The court failed to probe alternative explanations for these developments which appear to be ordinary phenomena. Indeed, drawing on the illustrations cited by the courts, it is evident that the practice of “witchcraft,” if it exists, is by its nature impossible to prove, since it involves the alleged use of supernatural powers. 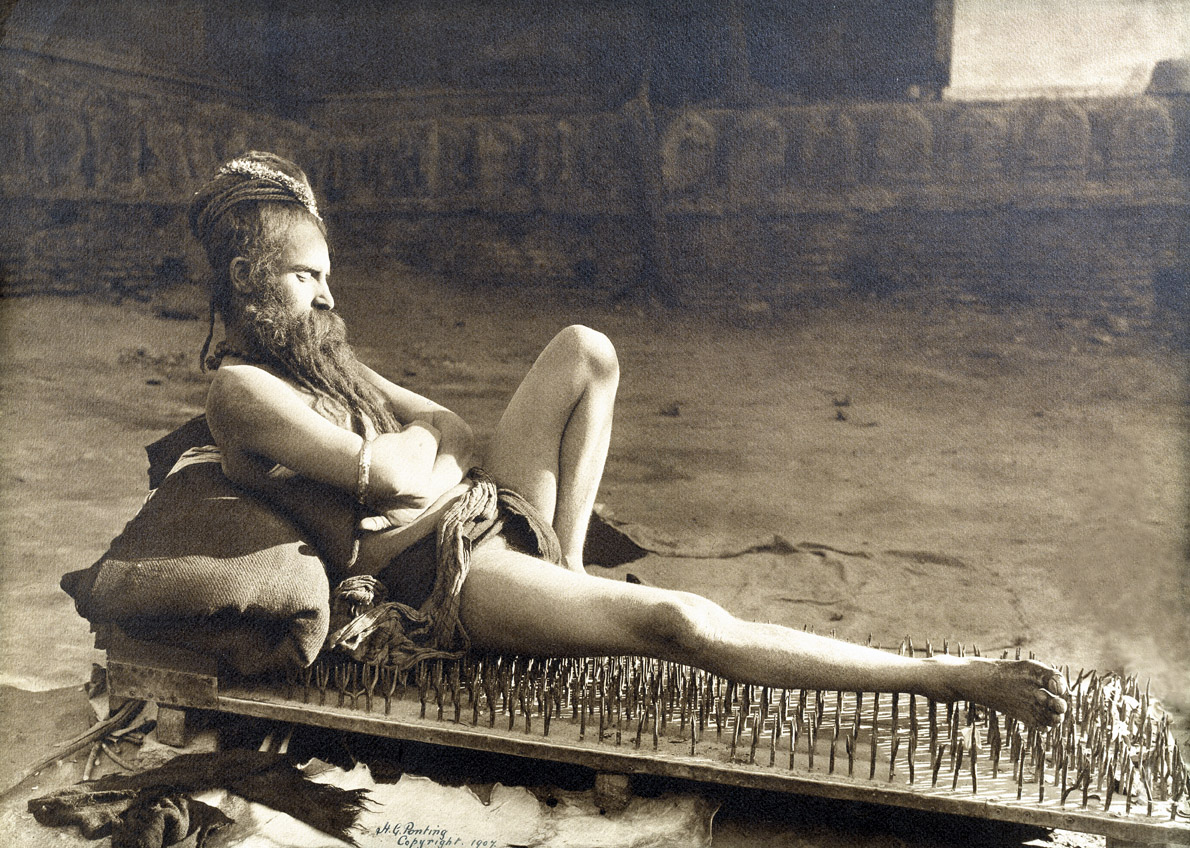 Fakir on a bed of nails, Varanasi, India, 1907. Photograph by Herbert Ponting.

The court record itself reveals significant doubt about the truth of the “witchcraft” accusations, which are substantiated solely on the basis of statements by persons who believed they had been “bewitched” and by “strange” objects reportedly found in the house of the accused and on a tree.

In addition, there were numerous procedural and legal errors throughout the course of this trial. Judges of the court appear to have both disregarded established laws and made up new law as the trial proceeded. Their first verdict sentenced Fawza Falih to death for “witchcraft” as an “offense against God” (hadd) with a prescribed punishment of death. The legal basis for this decision includes the statement that witches “are not given the opportunity to repent, because witchcraft is not eradicable by penitence.”

Your Highness, Human Rights Watch is deeply troubled by the miscarriage of justice that has occurred in the case of Fawza Falih. We urge you to halt immediately all proceedings for her execution, to void her sentence, and to instruct officials to preserve the facts of the case so that the prosecution may initiate proceedings against the members of the Commission for the Promotion of Virtue and Prevention of Vice and the governorate who wrongfully arrested and mistreated Fawza Falih, and so that the inspector of the judiciary is able to initiate disciplinary proceedings against the judges who violated her rights under Saudi and international law.

From a Human Rights Watch letter. Seven months after the date of this plea, the Islamic Human Rights Commission released an urgent statement that Fawza Falih “is currently in very bad health and is unable to stand up in her prison cell.” Saudi authorities reported in April 2011 that she had died while in jail. More recently, in December 2011, another Saudi woman, Amina bint Abdulhalim Nassar, was beheaded for practicing witchcraft and sorcery.