In order to enter into a real knowledge of your condition, consider it in this image: a man was cast by a tempest onto an unknown island, the inhabitants of which were in trouble to find their king, who was lost.

Having a strong resemblance both in form and face to this king, he was taken for him, and acknowledged in this capacity by all the people. At first he knew not what course to take, but finally he resolved to give himself up to his good fortune. He received all the homage that they chose to render him, and suffered himself to be treated as a king.

But as he could not forget his real condition, he was conscious, at the same time that he was receiving this homage, that he was not the king whom this people had sought, and that this kingdom did not belong to him. Thus he had a double thought: the one by which he acted as king, the other by which he recognized his true state, and that it was accident alone that had placed him in his present condition. He concealed the latter thought, and revealed the other. It was by the former that he treated with the people, and by the latter that he treated with himself.

Do not imagine that it is less an accident by which you find yourself master of the wealth that you possess than that by which this man found himself king. You have no right to it of yourself and by your own nature any more than he; and not only do you find yourself the son of a duke, but also do you find yourself in the world at all, only through an infinity of chances. Your birth depends on a marriage, or rather on the marriages of all those from whom you descend. But upon what do these marriages depend? A visit made by chance, an idle word, a thousand unforeseen occasions.

Those who trust to chance must abide by the results of chance.

You hold, you say, your wealth from your ancestors; but was it not by a thousand accidents that your ancestors acquired it and that they preserved it? A thousand others, as capable as they, have either been unable to acquire it, or have lost it after having gained it. Do you imagine, too, that it may have been by some natural way that this wealth has passed from your ancestors to you? This is not true. This order is founded only upon the mere will of legislators who may have had good reasons, but none of which was drawn from a natural right that you have over these things. If it had pleased them to order that this wealth, after having been possessed by fathers during their life, should return to the republic after their death, you would have no reason to complain of it.

Thus the whole title by which you possess your property is not a title of nature but of a human institution. Another turn of imagination in those who made the laws would have rendered you poor; and it is only this concurrence of chance that caused your birth with the caprice of laws favorable in your behalf that puts you in possession of all this property.

I will not say that it does not legitimately belong to you, and that it is permissible for another to wrest it from you; for God, who is its master, has permitted communities to make laws for its division, and when these laws are once established, it is unjust to violate them. This it is that distinguishes you somewhat from the man who possessed his kingdom only through the error of the people; because God did not authorize this possession, and required him to renounce it, while he authorizes yours. But what you have wholly in common with him is that this right which you have is not founded any more than his upon any quality or any merit in yourself which renders you worthy of it. Your soul and your body are, of themselves, indifferent to the state of boatman or that of duke, and there is no natural bond that attaches them to one condition rather than to another.

What follows from this? That you should have a double thought, like the man of whom we have spoken, and that if you act externally with men in conformity with your rank, you should recognize, by a more secret but truer thought, that you have nothing naturally superior to them. If the public thought elevates you above the generality of men, let the other humble you and hold you in a perfect equality with all mankind, for this is your natural condition. 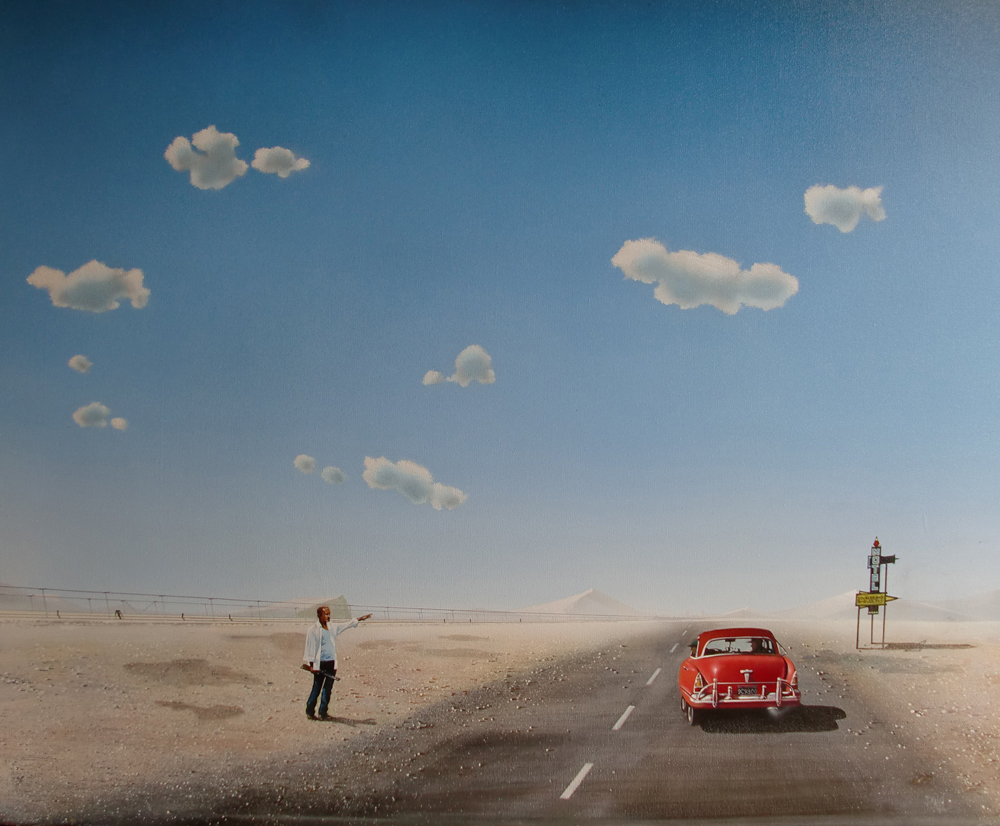 20 Miles If You’re Lucky, by Mike Francis. Acrylic on canvas, 39 ⅓ x 47 ¼ inches. © Mike Francis, courtesy the artist and Plus One Gallery, London.

The populace that admires you knows not, perhaps, this secret. It believes that nobility is real greatness, and it almost considers the great as being of a different nature from others. Do not discover to them this error, unless you choose; but do not abuse this elevation with insolence, and above all do not mistake yourself by believing that your being has something in it more exalted than that of others.

What would you say of that man who was made king by the error of the people, if he had so far forgotten his natural condition as to imagine that this kingdom was due to him, that he deserved it, and that it belonged to him of right? You would marvel at his stupidity and folly. But is there less in the people of rank who live in so strange a forgetfulness of their natural condition?

From “Discourses on the Condition of the Great.” In 1646, while involved in experiments to prove the existence of vacuums in nature, Pascal began to identify as a Jansenist. Although much of his work afterward deviated from the mathematical focus of his youth, Pascal studied randomness and probability in dice throws in a 1654 correspondence with Pierre de Fermat. In March 1662 the city of Paris implemented his idea for a public horse-drawn bus system. Pascal died a few months later, at the age of thirty-nine.

To catch a Robin Hood. More