One of the phenomena which had peculiarly attracted my attention was the structure of the human frame, and indeed, any animal endued with life. Whence, I often asked myself, did the principle of life proceed? It was a bold question, and one which has ever been considered as a mystery; yet with how many things are we upon the brink of becoming acquainted if cowardice or carelessness did not restrain our inquiries? I revolved these circumstances in my mind and determined thenceforth to apply myself more particularly to those branches of natural philosophy which relate to physiology. Unless I had been animated by an almost supernatural enthusiasm, my application to this study would have been irksome and almost intolerable. To examine the causes of life, we must first have recourse to death. I became acquainted with the science of anatomy, but this was not sufficient: I must also observe the natural decay and corruption of the human body. In my education my father had taken the greatest precautions that my mind should be impressed with no supernatural horrors. I do not ever remember to have trembled at a tale of superstition or to have feared the apparition of a spirit. Darkness had no effect upon my fancy, and a churchyard was to me merely the receptacle of bodies deprived of life, which, from being the seat of beauty and strength, had become food for the worm. Now I was led to examine the cause and progress of this decay and forced to spend days and nights in vaults and charnel houses. My attention fixed upon every object was the most insupportable to the delicacy of the human feelings. I saw how the fine form of man was degraded and wasted; I beheld the corruption of death succeed to the blooming cheek of life; I saw how the worm inherited the wonders of the eye and brain. I paused, examining and analyzing all the minutiae of causation, as exemplified in the change from life to death and death to life, until from the midst of this darkness a sudden light broke in upon me—a light so brilliant and wondrous, yet so simple, that while I became dizzy with the immensity of the prospect which it illustrated, I was surprised, that among so many men of gen­ius who had directed their inquiries toward the same science, that I alone should be reserved to discover so astonishing a secret.

Remember, I am not recording the vision of a madman. The sun does not more certainly shine in the heavens than that which I now affirm is true. Some miracle might have produced it, yet the stages of the discovery were distinct and probable. After days and nights of incredible labor and fatigue, I succeeded in discovering the cause of generation and life—nay, more, I became myself capable of bestowing animation upon lifeless matter.

The astonishment which I had at first experienced on this discovery soon gave place to delight and rapture. After so much time spent in painful labor, to arrive at once at the summit of my desires was the most gratifying consummation of my toils. But this discovery was so great and overwhelming that all the steps by which I had been progressively led to it were obliterated, and I beheld only the result. What had been the study and desire of the wisest men since the creation of the world was now within my grasp.

When I found so astonishing a power placed within my hands, I hesitated a long time concerning the manner in which I should employ it. Although I possessed the capacity of bestowing animation, yet to prepare a frame for the reception of it, with all its intricacies of fibers, muscles, and veins still remained a work of inconceivable difficulty and labor. I doubted at first whether I should attempt the creation of a being like myself or one of simpler organization, but my imagination was too much exalted by my first success to permit me to doubt of my ability to give life to an animal as complex and wonderful as man. The materials at present within my command hardly appeared adequate to so arduous an undertaking, but I doubted not that I should ultimately succeed. I prepared myself for a multitude of reverses; my operations might be incessantly baffled, and at last my work be imperfect—yet, when I considered the improvement which every day takes place in science and mechanics, I was encouraged to hope my present attempts would at least lay the foundations of future success. Nor could I consider the magnitude and complexity of my plan as any argument of its impracticability. It was with these feelings that I began the creation of a human being. As the minuteness of the parts formed a great hindrance to my speed, I resolved, contrary to my first intention, to make the being of a gigantic stature, that is to say, about eight feet in height, and proportionately large. After having formed this determination, and having spent some months in successfully collecting and arranging my materials, I began.

No one can conceive the variety of feelings which bore me onward like a hurricane in the first enthusiasm of success. Life and death appeared to me ideal bounds which I should first break through and pour a torrent of light into our dark world. A new species would bless me as its creator and source; many happy and excellent natures would owe their being to me. No father could claim the gratitude of his child so completely as I should deserve theirs. Pursuing these reflections, I thought that if I could bestow animation upon lifeless matter, I might in process of time (although I now found it impossible) renew life where death had apparently devoted the body to corruption.

Sick, irritated, and the prey to a thousand discomforts, I go on with my labor like a true workingman, who, with sleeves rolled up, in the sweat of his brow, beats away at his anvil, not caring whether it rains or blows, hails or thunders.

These thoughts supported my spirits, while I pursued my undertaking with unremitting ardor. My cheek had grown pale with study, and my person had become emaciated with confinement. Sometimes, on the very brink of certainty, I failed, yet still I clung to the hope which the next day or the next hour might realize. One secret which I alone possessed was the hope to which I had dedicated myself, and the moon gazed on my midnight labors, while, with unrelaxed and breathless eagerness, I pursued nature to her hiding places. Who shall conceive the horrors of my secret toil as I dabbled among the unhallowed damps of the grave or tortured the living animal to animate the lifeless clay? My limbs now tremble and my eyes swim with the remembrance, but then a resistless, and almost frantic, impulse urged me forward; I seemed to have lost all soul or sensation but for this one pursuit. It was indeed but a passing trance that only made me feel with renewed acuteness so soon as—the unnatural stimulus ceasing to operate—I had returned to my old habits. I collected bones from charnel houses and disturbed with profane fingers the tremendous secrets of the human frame. In a solitary chamber, or rather cell, at the top of the house, and separated from all the other apartments by a gallery and staircase, I kept my workshop of filthy creation: my eyeballs were starting from their sockets in attending to the details of my employment. The dissecting room and the slaughterhouse furnished many of my materials, and often did my human nature turn with loathing from my occupation, whilst, still urged on by an eagerness which perpetually increased, I brought my work near to a conclusion.

The summer months passed while I was thus engaged, heart and soul, in one pursuit. It was a most beautiful season; never did the fields bestow a more plentiful harvest, or the vines yield a more luxuriant vintage—but my eyes were insensible to the charms of nature. And the same feelings which made me neglect the scenes around me caused me also to forget those friends who were so many miles absent, and whom I had not seen for so long a time.

Winter, spring, and summer passed away during my labors, but I did not watch the blossom or the expanding leaves—sights which before always yielded me supreme delight—so deeply was I engrossed in my occupation. The leaves of that year had withered before my work drew near to a close; and now every day showed me more plainly how well I had succeeded. But my enthusiasm was checked by my anxiety, and I appeared rather like one doomed by slavery to toil in the mines, or any other unwholesome trade, than an artist occupied by his favorite employment. Every night I was oppressed by a slow fever, and I became nervous to a most painful degree; the fall of a leaf startled me, and I shunned my fellow creatures as if I had been guilty of a crime. Sometimes I grew alarmed at the wreck I perceived that I had become; the energy of my purpose alone sustained me: my labors would soon end, and I believed that exercise and amusement would then drive away incipient disease, and I promised myself both of these when my creation should be complete. 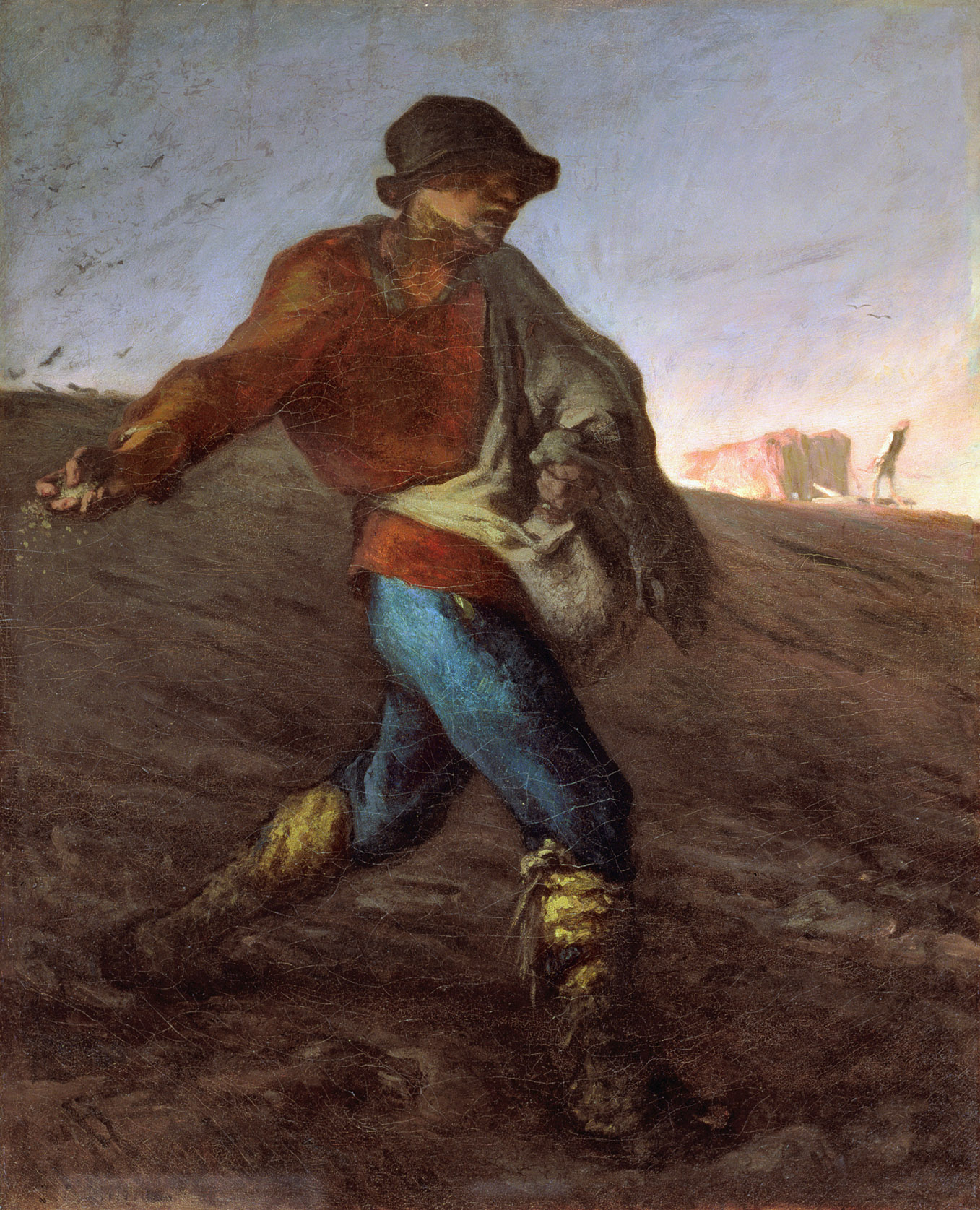 It was on a dreary night of November that I beheld the accomplishment of my toils. With an anxiety that almost amounted to agony, I collected the instruments of life around me, that I might infuse a spark of being into the lifeless thing that lay at my feet. It was already one in the morning; the rain pattered dismally against the panes, and my candle was nearly burnt out, when, by the glimmer of the half-extinguished light, I saw the dull yellow eye of the creature open; it breathed hard, and a convulsive motion agitated its limbs.

How can I describe my emotions at this catastrophe, or how delineate the wretch whom with such infinite pains and care I had endeavored to form? His limbs were in proportion, and I had selected his features as beautiful. Beautiful!—Great God! His yellow skin scarcely covered the work of muscles and arteries beneath; his hair was of a lustrous black, and flowing, his teeth of a pearly whiteness; but these luxuriances only formed a more horrid contrast with his watery eyes that seemed almost of the same color as the dun-white sockets in which they were set, his shriveled complexion and straight black lips.

The different accidents of life are not so changeable as the feelings of human nature. I had worked hard for nearly two years, for the sole purpose of infusing life into an inanimate body. For this I had deprived myself of rest and health. I had desired it with an ardor that far exceeded moderation, but now that I had finished, the beauty of the dream vanished, and breathless horror and disgust filled my heart.

From Frankenstein. The daughter of Mary Wollstonecraft and William Godwin, Shelley took her surname from Percy Bysshe Shelley, whom she married in 1816, after having eloped with him two years earlier at the age of sixteen. In the 1831 preface to Frankenstein—orginally published in 1818—she recalls that the impetus for her novel came during a summer spent near Lake Geneva: “‘We will each write a ghost story,’ said Lord Byron; and his proposition was acceded to.” 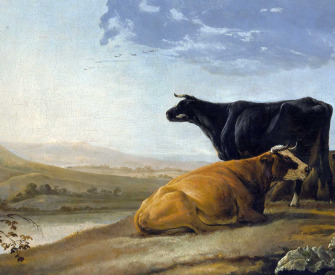