We came to the whorehouse. It was a magnificent establishment of stucco in the golden sun. In the street, and leaning on the windowsills that opened into the whorehouse, were two cops, saggy-trousered, drowsy, bored, who gave us brief interested looks as we walked in, and stayed there the entire three hours that we cavorted under their noses, until we came out at dusk and at Victor’s bidding gave them the equivalent of twenty-four cents each, just for the sake of form.

And in there we found the girls. Some of them were reclining on couches across the dance floor, some of them were boozing at the long bar to the right. In the center an arch led into small cubicle shacks that looked like the places where you put on your bathing suit at public municipal beaches. These shacks were in the sun of the court. Behind the bar was the proprietor, a young fellow who instantly ran out when we told him we wanted to hear mambo music and came back with a stack of records, mostly by Perez Prado, and put them on over the loudspeaker. In an instant all the city of Gregoria could hear the good times going on at the Sala de Baile. In the hall itself the din of the music—for this is the real way to play a jukebox and what it was originally for—was so tremendous that it shattered Dean and Stan and me for a moment in the realization that we had never dared to play music as loud as we wanted, and this was how loud we wanted. It blew and shuddered directly at us. In a few minutes half that portion of town was at the windows, watching the Americanos dance with the gals. They all stood, side by side with the cops, on the dirt sidewalk, leaning in with indifference and casualness. “More Mambo Jambo,” “Chattanooga de Mambo,” “Mambo Numero Ocho”—all these tremendous numbers resounded and flared in the golden, mysterious afternoon like the sounds you expect to hear on the last day of the world and the Second Coming. The trumpets seemed so loud I thought they could hear them clear out in the desert, where the trumpets had originated anyway. The drums were mad. The mambo beat is the conga beat from Congo, the river of Africa and the world; it’s really the world beat. Oom-ta, ta-poo-poom—oom-ta, ta-poo-poom. The piano montunos showered down on us from the speaker. The cries of the leader were like great gasps in the air. The final trumpet choruses that came with drum climaxes on conga and bongo drums, on the great mad “Chattanooga” record, froze Dean in his tracks for a moment till he shuddered and sweated; then when the trumpets bit the drowsy air with their quivering echoes, like a cavern’s or a cave’s, his eyes grew large and round, as though seeing the devil, and he closed them tight. I myself was shaken like a puppet by it; I heard the trumpets flail the light I had seen and trembled in my boots.

A true German can’t stand the French, / Yet willingly he drinks their wines.

On the fast “Mambo Jambo” we danced frantically with the girls. Through our deliriums we began to discern their varying personalities. They were great girls. Strangely, the wildest one was half Indian, half white, and came from Venezuela, and was only eighteen. She looked as if she came from a good family. What she was doing whoring in Mexico at that age and with that tender cheek and fair aspect, God knows. Some awful grief had driven her to it. She drank beyond all bounds. She threw down drinks when it seemed she was about to chuck up the last. She overturned glasses continually, the idea also being to make us spend as much money as possible. Wearing her flimsy housecoat in broad afternoon, she frantically danced with Dean and clung about his neck and begged and begged for everything. Dean was so stoned he didn’t know what to start with, girls or mambo. They ran off to the lockers. I was set upon by a fat and uninteresting girl with a puppy dog, who got sore at me when I took a dislike to the dog because it kept trying to bite me. She compromised by putting it away in the back, but by the time she returned I had been hooked by another girl, better looking, but not the best, who clung to my neck like a leech. I was trying to break loose to get at a sixteen-year-old colored girl who sat gloomily inspecting her navel through an opening in her short, shirty dress across the hall. I couldn’t do it. Stan had a fifteen-year-old girl with almond-colored skin and a dress that was buttoned halfway down and halfway up. It was mad. A good twenty men leaned in that window, watching.

At one point the mother of the little colored girl—not colored, but dark—came in to hold a brief and mournful convocation with her daughter. When I saw that, I was too ashamed to try for the one I really wanted. I let the leech take me off to the back, where, as in a dream, to the din and roar of more loudspeakers inside, we made the bed bounce a half hour. It was just a square room with wooden slats and no ceiling, icon in a corner, a washbasin in another. All up and down the dark hall the girls were calling, “Agua, agua caliente!” which means “hot water.” Stan and Dean were also out of sight. My girl charged thirty pesos, or about three and a half dollars, and begged for an extra ten pesos and gave a long story about something. I didn’t know the value of Mexican money; for all I knew I had a million pesos. I threw money at her. We rushed back to dance. A greater crowd was gathered in the street. The cops looked as bored as usual. Dean’s pretty Venezue­lan dragged me through a door and into another strange bar that apparently belonged to the whorehouse. Here a young bartender was talking and wiping glasses and an old man with handlebar mustache sat discussing something earnestly. And here, too, the mambo roared over another loudspeaker. It seemed the whole world was turned on. Venezuela clung about my neck and begged for drinks. The bartender wouldn’t give her one. She begged and begged, and when he gave it to her she spilled it and this time not on purpose, for I saw the chagrin in her poor sunken lost eyes. “Take it easy, baby,” I told her. I had to support her on the stool; she kept slipping off. I’ve never seen a drunker woman, and only eighteen. I bought her another drink; she was tugging at my pants for mercy. She gulped it up. I didn’t have the heart to try her. My own girl was about thirty and took care of herself better. With Venezuela writhing and suffering in my arms, I had a longing to take her in the back and undress her and only talk to her—this I told myself. I was delirious with want of her and the other little dark girl.

Poor Victor, all this time he stood on the brass rail of the bar with his back to the counter and jumped up and down gladly to see his three American friends cavort. We bought him drinks. His eyes gleamed for a woman, but he wouldn’t accept any, being faithful to his wife. Dean thrust money at him. In this welter of madness I had an opportunity to see what Dean was up to. He was so out of his mind he didn’t know who I was when I peered at his face. “Yeah, yeah!” is all he said. It seemed it would never end. It was like a long, spectral Arabian dream in the afternoon in another life—Ali Baba and the alleys and the courtesans. Again I rushed off with my girl to her room; Dean and Stan switched the girls they’d had before, and we were out of sight a moment, and the spectators had to wait for the show to go on. The afternoon grew long and cool. 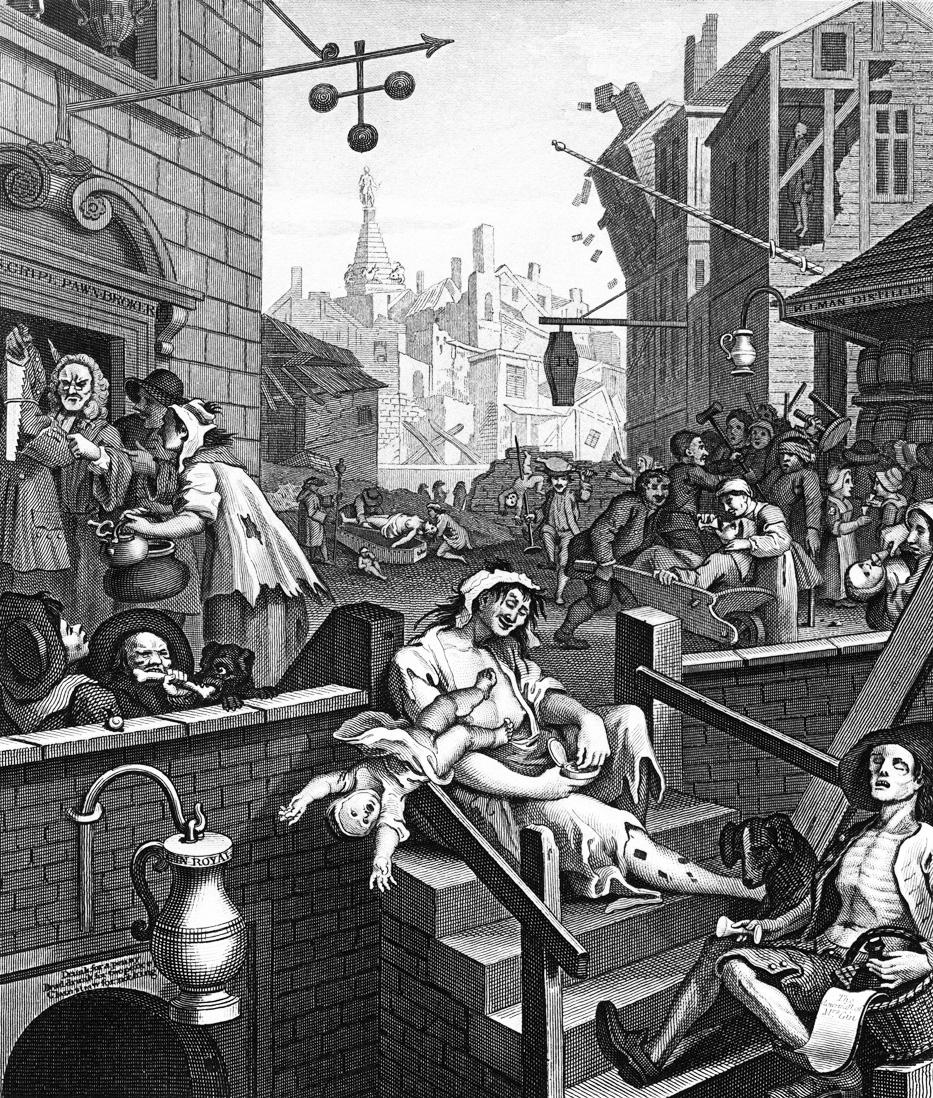 Soon it would be mysterious night in old gone Gregoria. The mambo never let up for a moment, it frenzied on like an endless journey in the jungle. I couldn’t take my eyes off the little dark girl and the way, like a queen, she walked around and was even reduced by the sullen bartender to menial tasks such as bringing us drinks and sweeping the back. Of all the girls in there, she needed the money most; maybe her mother had come to get money from her for her little infant sisters and brothers. Mexicans are poor. It never, never occurred to me just to approach her and give her some money. I have a feeling she would have taken it with a degree of scorn, and scorn from the likes of her made me flinch. In my madness I was actually in love with her for the few hours it all lasted; it was the same unmistakable ache and stab across the mind, the same sighs, the same pain, and above all the same reluctance and fear to approach. Strange that Dean and Stan also failed to approach her; her unimpeachable dignity was the thing that made her poor in a wild old whorehouse, and think of that. At one point I saw Dean leaning like a statue toward her, ready to fly, and befuddlement cross his face as she glanced coolly and imperiously his way, and he stopped rubbing his belly and gaped and finally bowed his head. For she was the queen.

From On the Road. Relying on his ample notes, Kerouac typed this novel on a one-hundred-and-twenty-foot scroll in a three-week period in 1951. Allen Ginsberg called his friend’s style “spontaneous bop prosody.” Kerouac based Moriarty on Neal Cassady, who in 1964 drove Ken Kesey and the Merry Pranksters across the country in a DayGlo-painted bus. When they arrived in New York City, Kerouac attended a party with them: Robert Stone recalled, “Kerouac was eloquent on what jerkabouts we were.” He died at the age of forty-seven in 1969.

Andreas the Chaplain lays out the rules of conversation.More