It is supposed that tobacco cheers one up, clears the thoughts, and attracts one merely like any other habit—without at all producing the deadening of conscience produced by wine. But you need only observe attentively the conditions under which a special desire to smoke arises, and you will be convinced that stupefying with tobacco acts on the conscience as wine does, and that people consciously have recourse to this method of stupefaction just when they require it for that purpose. If tobacco merely cleared the thoughts and cheered one up, there would not be such a passionate craving for it, a craving showing itself just on certain definite occasions. People would not say that they would rather go without bread than without tobacco, and would not often actually prefer tobacco to food.

A man who murdered his mistress said that when he entered the bedroom and had gashed her throat with his knife and she had fallen with a rattle in her throat and the blood had gushed out in a torrent, he lost his courage. “I could not finish her off,” he said, “but I went back from the bedroom to the sitting room, and there sat down and smoked a cigarette.” Only after stupefying himself with tobacco was he able to return to the bedroom, finish cutting the old lady’s throat, and begin examining her things.

Evidently the desire to smoke at that moment was evoked in him not by a wish to clear his thoughts or be merry but by the need to stifle something that prevented him from completing what he had planned to do.

Any smoker may detect in himself the same definite desire to stupefy himself with tobacco at certain, especially difficult, moments. I look back at the days when I used to smoke: when was it that I felt a special need of tobacco? It was always at moments when I did not wish to remember certain things that presented themselves to my recollection, when I wished to forget—not to think. I sit by myself doing nothing and know I ought to set to work, but don’t feel inclined to, so I smoke and go on sitting. I get vexed, and say unpleasant things to someone and know I am doing wrong, and see that I ought to stop, but I want to give vent to my irritability—so I smoke and continue to be irritable. I play at cards and lose more than I intended to risk—so I smoke. I write something and am not quite satisfied with what I have written. I ought to abandon it, but I wish to finish what I have planned to do—so I smoke.

What distinguishes tobacco from most other stupefiers, besides the ease with which one can stupefy oneself with it, and its apparent harmlessness, is its portability and the possibility of applying it to meet small, isolated occurrences that disturb one. Not to mention that the use of opium, wine, and hashish involves the use of certain appliances not always at hand, while one can always carry tobacco and paper with one; and that the opium smoker and the drunkard evoke horror, while a tobacco smoker does not seem at all repulsive—the advantage of tobacco over other stupefiers is that the stupefaction of opium, hashish, or wine extends to all the sensations and acts received or produced during a certain somewhat extended period of time—while the stupefaction from tobacco can be directed to any separate occurrence. You wish to do what you ought not to, so you smoke a cigarette and stupefy yourself sufficiently to enable you to do what should not be done, and then you are again fresh and can think and speak clearly.

A man who exposes himself when he is intoxicated has not the art of getting drunk.

When do lads begin to smoke? Usually when they lose their childish innocence. How is it that smokers can abandon smoking when they come among more moral conditions of life and again start smoking as soon as they fall among a depraved set? Why do gamblers almost all smoke? Why among women do those who lead a regular life smoke least? Why do prostitutes and madmen all smoke? Habit is habit, but evidently smoking stands in some definite connection with the craving to stifle conscience, and achieves the end required of it.

One may observe in the case of almost every smoker to what an extent smoking drowns the voice of conscience. Every smoker when yielding to his desire forgets, or sets at naught, the very first demands of social life—demands he expects others to observe, and which he observes in all other cases until his conscience is stifled by tobacco. Everyone of average education considers it inadmissible, ill-bred, and inhumane to infringe the peace, comfort, and yet more the health of others for his own pleasure. No one would allow himself to wet a room in which people are sitting, or to make a noise, shout, let in cold, hot, or ill-smelling air, or commit acts that incommode or harm others. But out of a thousand smokers not one will shrink from producing unwholesome smoke in a room where the air is breathed by nonsmoking women and children.

If smokers do usually say to those present: “You don’t object?” everyone knows that the customary answer is, “Not at all” (although it cannot be pleasant to a nonsmoker to breathe tainted air and to find stinking cigar ends in glasses and cups, or on plates and candlesticks, or even in ash pans). But even if nonsmoking adults did not object to tobacco smoke, it could not be pleasant or good for the children whose consent no one asks. Yet people who are honorable and humane in all other respects smoke in the presence of children at dinner in small rooms, vitiating the air with tobacco smoke, without feeling the slightest twinge of conscience.

It is usually said (and I used to say) that smoking facilitates mental work. And that is undoubtedly true if one considers only the quantity of one’s mental output. To a man who smokes, and who consequently ceases strictly to appraise and weigh his thoughts, it seems as if he suddenly had many thoughts. But this is not because he really has many thoughts, but only because he has lost control of his thoughts. 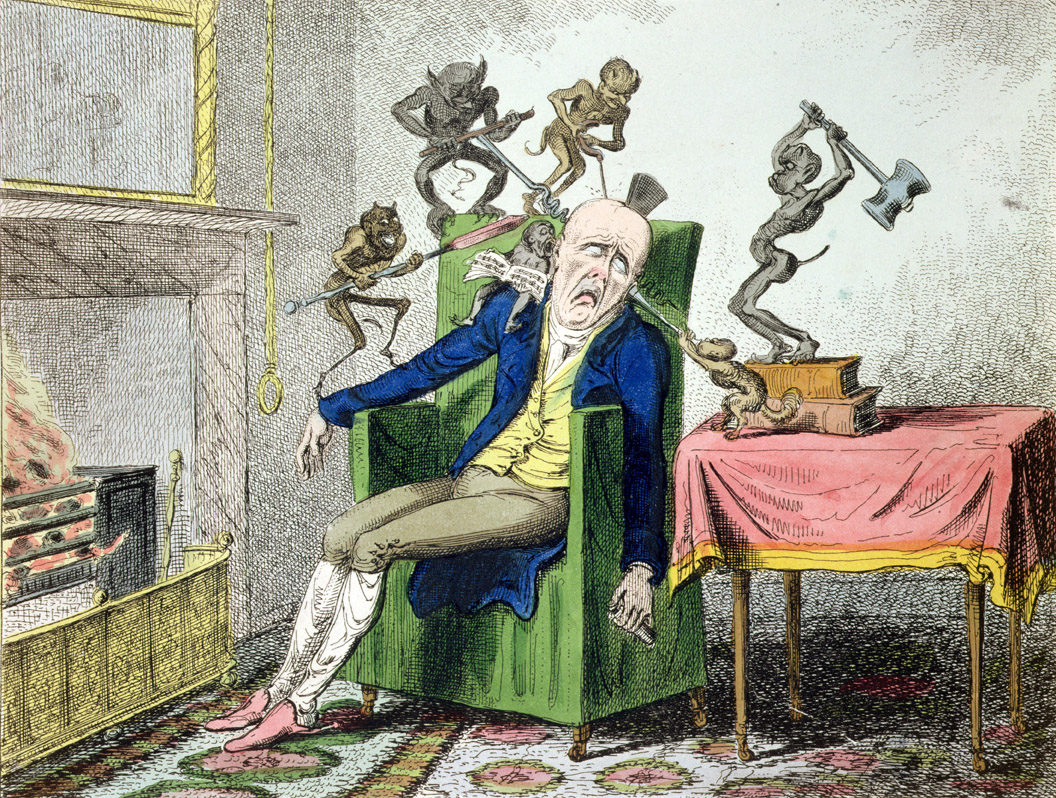 “If I do not smoke, I cannot write. I cannot get on; I begin and cannot continue,” is what is usually said, and what I used to say. What does it really mean? It means either that you have nothing to write, or that what you wish to write has not yet matured in your consciousness but is only beginning dimly to present itself to you, and the appraising critic within, when not stupefied with tobacco, tells you so. If you did not smoke you would either abandon what you have begun, or you would wait until your thought had cleared itself in your mind; you would try to penetrate into what presented itself dimly to you, would consider the objections that offered themselves, and would turn all your attention to the elucidation of the thought. But you smoke, the critic within you is stupefied, and the hindrance to your work is removed. What to you when not inebriated by tobacco seemed insignificant again seems important; what seemed obscure no longer seems so; the objections that presented themselves vanish, and you continue to write, and write much and rapidly.

From “Why Do Men Stupefy Themselves?” Later in the essay, discussing whether slight intoxications could have important consequences, Tolstoy wrote that “true life is not lived where great external changes take place—where people move about, crash, fight, and slay one another—but it is lived only where these tiny, tiny, infinitesimally small changes occur.” He published War and Peace serially from 1865 to 1869. Starting in the winter of 1870, Tolstoy began to study ancient Greek and soon concluded to a friend, “I shall write no more gossipy twaddle of the War and Peace type.”

For all your anxieties, known and unknown.More