The crack pipe was a tube of glass half as thick as a finger, jaggedly broken at both ends because the prostitute had dropped it. She kept talking about the man down the hall whose pipe still wore a bowl. She said that that special pipe was for sale, but the john figured that he’d already spent enough.

The john was of the all-night species, family Blattidae. Having reached that age when a man’s virility begins to wilt flabbily, he admitted that his lust for women grew yearly more slobbery and desperate. Every year now he fell a little further from what he had been. In his youth he had not considered himself to be anything special. Now he recollected with awe how his penis had once leaped eagerly up at the merest thought or touch, how his orgasms had gushed as fluently as Lincoln’s speeches; those were the nights when ten minutes between two trash cans or beneath a parked car had sufficed. His joy now required patience and closeness. That was why he’d paid the twenty-nine dollars to share with this woman, whose brown body was as skinny as a grasshopper’s, this stinking room whose carpet was scattered with crumbs of taco shells and rotting cheese; among his possessions he now counted the sheet which someone had used to wipe diarrhea, the science-fiction book called The Metal Smile, a gold mine of empty matchboxes, and all the wads of used toilet paper that anyone would ever need to start a new life. He’d bought the room for the night, and after that he was going to go back to work and the prostitute would live there. Maybe that was why she worked so hard at cleaning up, hanging the diarrhea sheet over the window for a curtain, picking up the hunks of spoiled food and throwing them out the window, sweeping with the broom without bristles, sprinkling the carpet with water from the sink (which had doubled as a urinal) so that the filth would stick better to the broom. Maybe that was why she cleaned, or maybe it was because she had once had a home where she’d raised her children as well as she could until jail became her home, and although they took her children and turned them into somebody else’s (or more likely, nobody’s), it was too late for her to shuck the habit of making her surroundings decent; or maybe she worked so hard just because she was fond of the john (who was generous), because she wanted him to be happy and comfortable with her.

If it wasn’t for whoever left this mess, there’d be no roaches, she said. I’ve lived in this hotel all the time and never had no roaches.

He sat on the mattress with his arm around her while they smoked a rock, and a cockroach rushed across his leg.

Better sleep with a sober cannibal than a drunken Christian.

I’m not afraid of any human being, the prostitute said. I’m a single female out there, so I gotta be ferocious so they be respectin’ me. And I’m not afraid of any animal. But insects gimme the jitters. All them roaches in here, it’s ’cause whoever was in here before was such a slob. If I ever meet that motherfucker and he pisses me off, I’ll say to him: You know what? You remind me of your room. Ooh, look at that big fat roach!

Certainly the big fat roach was blameless for being what it was. And the prostitute was likewise faultless for not wanting that roach to crawl across them later that night, once they turned out the bare bulb which reflected itself in the greasy window. Biting her lip with disgust, she slammed her shoe against the wall over and over until the bug was nothing but a stain among stains.

I really hate them roaches, she sighed, loading her blackened pipe with more whiteness. They just gimme the creeps. You know, in the projects, you catch ’em with crack. If you cleaned up your place too good and stuff and you can’t find ’em, just lay a rock out on the table and they’ll be swarmin’! Shit, there’s another one!

She snatched up her shoe and pounded the wall.

She was picking bits of rancid cheese out of the chest of drawers with three drawers gone while the john lay watching the roaches. They seemed to be accustomed to the light. They scurried up and down the walls on frantic errands, ran across the carpet, whose water stains and burns resembled the abscesses of half-Korean Molly down the hall (another whore said she kept picking at herself); and one roach even climbed that foul bedsheet draped over the window.

The prostitute celebrated whenever she got a big rock by buying a lighter whose color matched her dress. She held a red lighter tonight to keep her red dress company. She was wearing red shoes and a red headband; red was her favorite shade. He’d seen her in the black cocktail dress that she put on when he knocked at her door, and she was embarrassed because she thought she looked old; he didn’t care how old or young she looked because he loved her, but she closed the door and wouldn’t let him in until she was beautiful for him in the black dress, which thirty seconds later he was urgently helping her pull off; and he’d seen her in the foxtail outfit that reminded him of women he knew at the horse races, but most often he’d seen her wearing the hue of vibrant blood. She lit the rock and breathed in even though the tube of glass had been broken so short that it burned her lips and tongue when the rock was only half cooked; she breathed in because when she was eighteen her first husband had brought a two-by-four smashing down on the crown of her head, and after that she’d never had very good balance; that was twenty years ago now. And one of her daughters (she’d been very little then) had said, Mama, don’t ever worry about falling, ’cause I’ll always be next to you, and if I see you start to go down, I’ll throw myself right down on the sidewalk so you can fall on me!—It made her cry sometimes to remember that. Her daughter didn’t walk beside her anymore, and so she smoked crack. 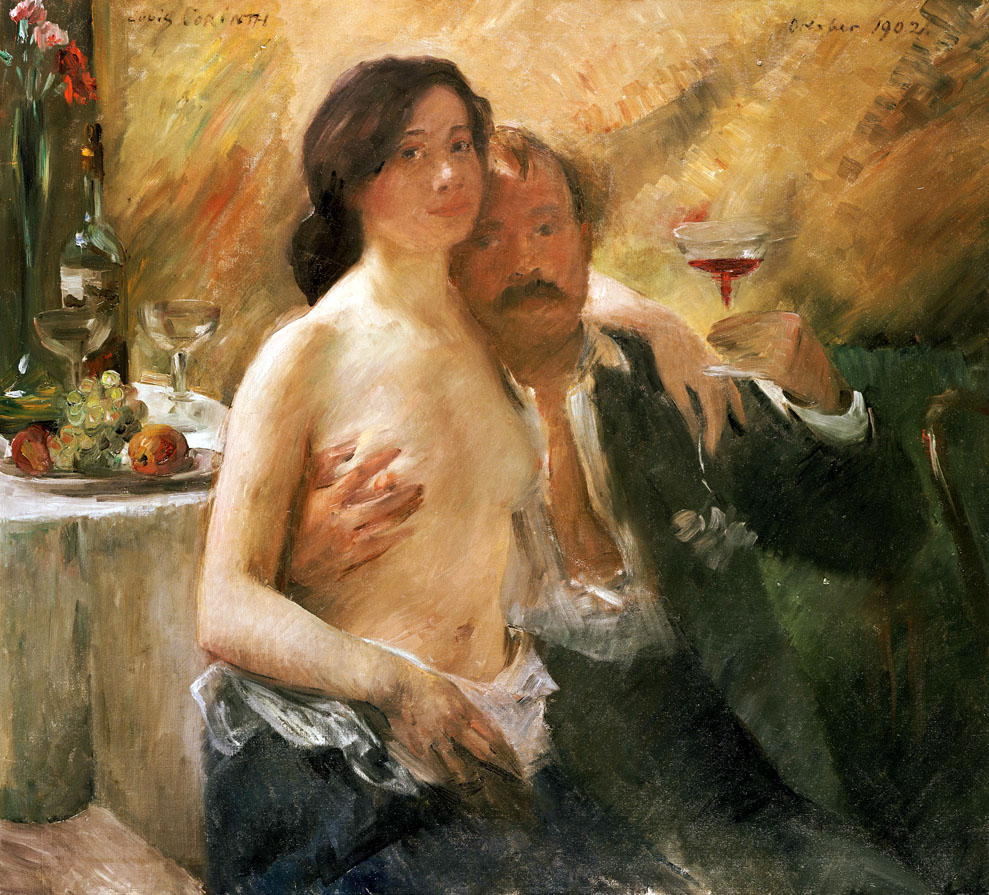 The john was looking worried. Crack isn’t addictive, now, is it? he said.

And later, in the night, when she spread her legs for him and he worried about AIDS, she said to him, Oh, don’t worry, honey. You can only get AIDS if you’re two homosexuals.

There were two roaches on the wall, and she got them both with her shoe in a slamming blow like the one three months ago that had left her permanently blind in her right eye when she was being raped; now she couldn’t read a menu anymore.

Inhale it slowly, hold five or six seconds, expel it through the nose. That was her way; that way was more mellow. If you did it too fast you might get tweaked. First the head rush, then the body rush.

Don’t inhale so hard, she said. That’s the difference between white boys and black boys. White boys always inhale too fast, ’cause they think if they do they’ll get more high. You white boys are just greedy sometimes. Black boys know better.

If you were to ask me if I’d ever had the bad luck to miss my daily cocktail, I’d have to say that I doubt it; where certain things are concerned, I plan ahead.

Ahead waited the long night of her going in and out to do her business which she pretended not to be doing, believing that pretending would keep him from feeling hurt, when actually he wasn’t hurt at all; she was trying to be loving by protecting him from what she was doing, while he was trying to be loving by letting her do whatever she needed to do. Meanwhile they both smoked crack. Ahead of that night loomed the night when he took her out for dinner with his friends and she was late because she had to smoke crack, and then at dinner she excused herself to go to the ladies’ room where she smoked crack and came out weeping as though her heart would break because she was convinced that all his friends looked down on her, so he embraced her outside as she soaked him with tears begging him to return with her to that hotel on Mission Street whose gratings and buzzers were like airlocks, so later that night he did come to her, and when he lay beside her on the dirty mattress and took her into his arms her face was burning hot! Her forehead steamed with sweat that smelled like crack, that delicious bitter-clean smell even more healthy and elegant than eucalyptus or Swiss herbal lozenges; she ground her face into his chest and whispered something about the Bible as her sick and glowing face burned its way to his heart. There was a woman whom he loved who was a scientist. When he told her what had happened, the woman said, That fever, that night sweat, that dementia about your friends, well, it sounds to me like AIDS, particularly the very early stages. But another friend just rubbed his stubble and said, Her sweat smelled like crack, huh? She must be OD’ing on crack. Happens all the time! Ahead of that night crouched the night when the john woke up in his own bed wanting crack. It was the middle of a moonless time. He had no crack. He said to himself, If only the moon was here maybe that would cheer me so that I could sleep again. But ahead of that night laughed the night when he woke up from a dream of crack with the moon outside his window as big and round as the abscess on the prostitute’s foot which would not heal, and he lay wide awake needing crack.

From The Atlas. A year after publishing his 3,500-plus-page book on violence, Rising Up and Rising Down, in 2003, Vollmann published a 726-page abridgment. He explained why he shortened the work: “I did it for the money. In other words, I can’t pretend (although you may disagree) that a one-volume reduction is any improvement upon the full version. All the same, it’s not necessarily worse. For one thing, the possibility now exists that someone might read it.” His novel Europe Central, published in 2005, won a National Book Award.