While everyone was pleasantly tattling on the subject of drinking, Gargamelle began to feel disturbed in her lower parts. Whereupon Grandgousier got up from the grass and comforted her kindly, thinking that these were birth pangs and telling her that since she had been resting under the willows she would soon be in a good state. She ought to take new heart, he said, at the coming of her new baby. For although the pains would be somewhat severe, they would nevertheless be quickly over, and the joy that would follow after would banish all her pain, so that only the memory of it would be left.

“Have a sheep’s courage,” he said. “Bring this boy into the world, and we’ll make another.”

“My member?” he said. “By the blood of all the goats, send for a knife if that’s what you want.”

“Oh,” she said. “God forbid! God forgive me, I didn’t really mean it. Don’t do anything to it on account of anything I say. But I shall have trouble enough today, unless God helps me, all on account of your member, and just because I wanted to please you.”

“Take heart,” he said. “Don’t you worry, but let the four leading oxen do the work. I’ll go and take another swig. If any pain comes on you in the meantime, I shan’t be far off. Give me a shout and I’ll be with you.”

A little while later she began to groan and wail and shout. Then suddenly swarms of midwives came up from every side, and feeling her underneath found some rather ill-smelling excrescences, which they thought were the child, but it was her fundament slipping out, because of the softening of her right intestine—which you call the bum gut—owing to her having eaten too much tripe. 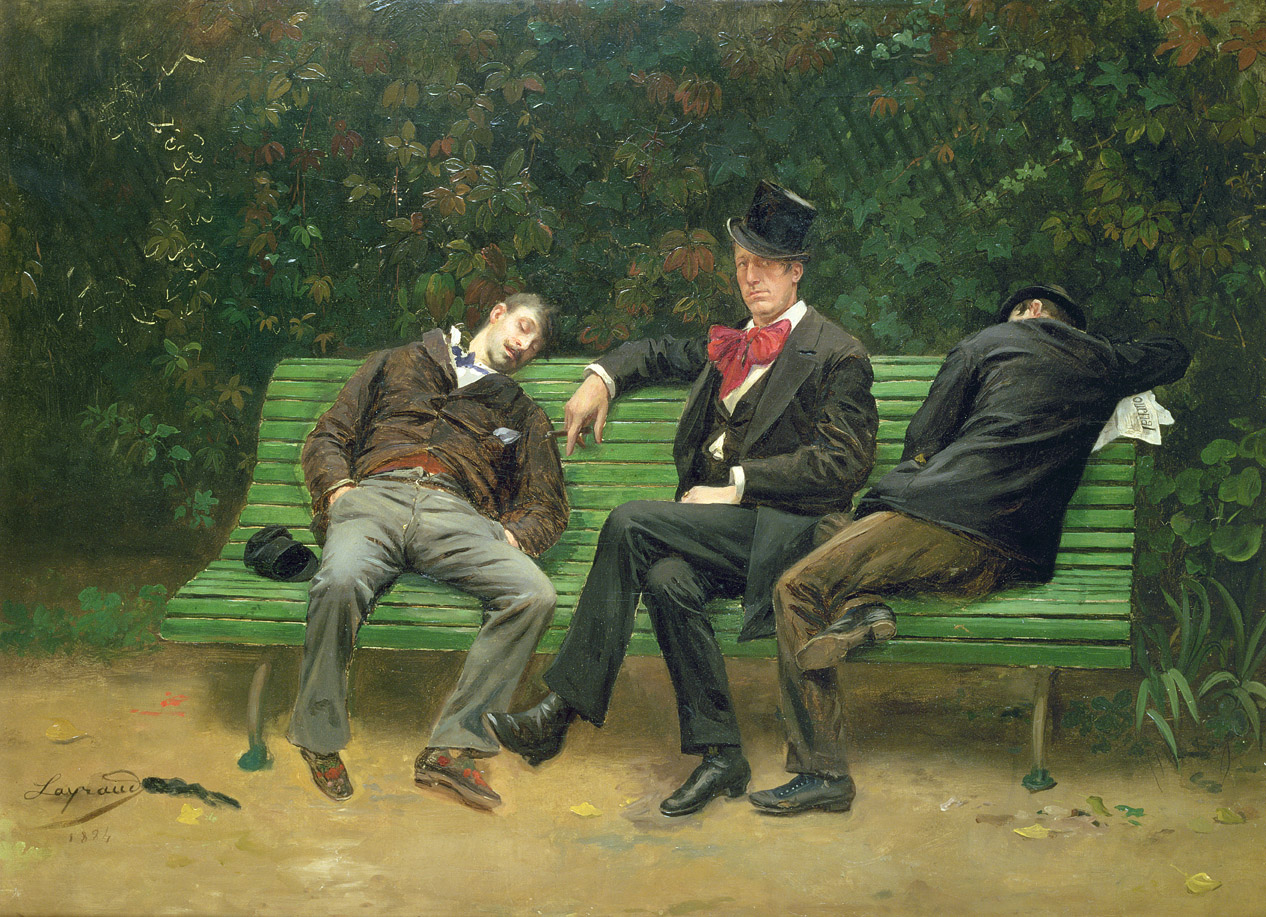 At this point a dirty old hag of the company, who had the reputation of being a good she-doctor and had come from Brizepaille, near Saint Genou, sixty years before, made her an astringent so horrible that all her sphincter muscles were stopped and constricted. Indeed you could hardly have relaxed them with your teeth—which is a most horrible thought—even if you had copied the method of the devil at the Mass of St. Martin, when he wrote down the chatter of two local girls and stretched his parchment by tugging with his teeth.

By this misfortune the cotyledons of the matrix were loosened at the top, and the child leapt up through them to enter the hollow vein. Then climbing through the diaphragm to a point above the shoulders where this vein divides in two, he took the left fork and came out by the left ear.

As soon as he was born he cried out, not like other children, “Mies! Mies!” but “Drink! Drink! Drink!” as if inviting the whole world to drink, and so loud that he was heard through all the lands of Booze and Bibulous.

I doubt whether you will truly believe in this strange nativity. I don’t care if you don’t. But an honest man, a man of good sense, always believes what he is told and what he finds written down. Is this a violation of our law or our faith? Is it against reason or against Holy Scripture? For my part I find nothing written in the Holy Bible which contradicts it. If this had been the will of God, would you say that he could not have performed it? For goodness’ sake, do not obfuscate your brains with such an idle thought.

While that good man Grandgousier was drinking and joking with the others, he heard the horrible cry made by his son as he entered the world, and bawled out for “Drink! Drink! Drink!” Whereupon he said, “Que grand tu as.”—What a big one you’ve got!—(the gullet being understood); and when they heard this the company said that the child ought properly to be called Gargantua—after the example of the ancient Hebrew custom—since that had been the first word pronounced by his father at his birth. The father graciously agreed to their suggestion; it was most pleasing to the mother as well—and to quiet the child, they gave him enough drink to break his larynx. Then he was carried to the font and there baptized, as is the habit of all good Christians.

And they ordered for him 17,913 cows from Pontille and Bréhémont for his everyday supplies of milk. For it was impossible to find a nurse to satisfy him anywhere in the country, considering the great quantity of nourishment that he required. Certain Scotist doctors have nevertheless affirmed that his mother suckled him, and that she could draw from her breasts 1,402 pipes and nine pails of milk at a time. But this is improbable, and the proposition has been declared mammalianly scandalous, offensive to pious ears, and distantly redolent of heresy.

In this state he lived till he was a year and ten months old, at which time, by the advice of physicians, they began to take him out, and a fine ox-wagon was made for him. In this he traveled around most merrily to one place and another, and they made a great show of him. For he had a fine face and almost eighteen chins, and he cried very seldom. But he shat himself every hour. For he was amazingly phlegmatic in his actions, partly from natural character and partly for accidental reasons connected with overindulgence in the new wines of September. But he never drank a drop without reason. For if by chance he was vexed, angry, displeased, or peeved, if he stamped, if he wept or if he screamed, they always brought him drink to restore his temper, and immediately he became quiet and happy.

One of his governesses told me, on her Bible oath, that he was so accustomed to this treatment, that at the mere sound of pint pots and flagons, he would fall into an ecstasy as if tasting the joys of paradise. Taking this divine disposition of his into account, therefore, in order to cheer him up in the mornings they would have glasses chinked for him with a knife or flagons tapped with their stoppers, and at this sound he would become merry, leap up, and rock himself his cradle, nodding his head, playing scales with his fingers, and beating slow time with his bottom.

From Gargantua and Pantagruel. Interested in classically oriented humanism, Rabelais grew disaffected by monastic life in 1524 after his and a friend’s Greek books were seized by superiors. He joined the medical faculty at the University of Montpellier in 1530, practicing at the Hôtel-Dieu and publishing Pantagruel in 1532. “Rabelaisian” as an adjective first appeared in English in a preface to the works of novelist Laurence Sterne: “He decently lived a becoming ornament of the Church, till his Rabelaisian spirit…immersed him into the gaieties and frivolities of the world.”