The first tenement New York knew bore the mark of Cain from its birth, though a generation passed before the writing was deciphered. It was the “rear house,” infamous ever after in our city’s history. There had been tenant houses before, but they were not built for the purpose. Nothing would probably have shocked their original owners more than the idea of their harboring a promiscuous crowd; for they were the decorous homes of the old Knickerbockers, the proud aristocracy of Manhattan in the early days.

It was the stir and bustle of trade, together with the tremendous immigration that followed upon the War of 1812, that dislodged them. In thirty-five years the city of less than a hundred thousand came to harbor half a million souls, for whom homes had to be found. Within the memory of men not yet in their prime, Washington had moved from his house on Cherry Hill as too far out of town to be easily reached. Now the old residents followed his example; but they moved in a different direction and for a different reason. Their comfortable dwellings in the once fashionable streets along the East River front fell into the hands of real estate agents and boardinghouse keepers; and here, says the report to the legislature of 1857, when the evils engendered had excited just alarm, “in its beginning, the tenant house became a real blessing to that class of industrious poor whose small earnings limited their expenses, and whose employment in workshops, stores, or about the warehouses and thoroughfares, render a near residence of much importance.” Not for long, however. As business increased, and the city grew with rapid strides, the necessities of the poor became the opportunity of their wealthier neighbors, and the stamp was set upon the old houses, suddenly become valuable, which the best thought and effort of a later age has vainly struggled to efface. Their “large rooms were partitioned into several smaller ones, without regard to light or ventilation, the rate of rent being lower in proportion to space or height from the street; and they soon became filled from cellar to garret with a class of tenantry living from hand to mouth, loose in morals, improvident in habits, degraded, and squalid as beggary itself.” It was thus the dark bedroom, prolific of untold depravities, came into the world. It was destined to survive the old houses. In their new role, says the old report, eloquent in its indignant denunciation of “evils more destructive than wars,” “they were not intended to last. Rents were fixed high enough to cover damage and abuse from this class, from whom nothing was expected, and the most was made of them while they lasted. Neatness, order, cleanliness were never dreamed of in connection with the tenant house system, as it spread its localities from year to year; while reckless slovenliness, discontent, privation, and ignorance were left to work out their invariable results, until the entire premises reached the level of tenant house dilapidation, containing, but sheltering not, the miserable hordes that crowded beneath moldering, water-rotted roofs or burrowed among the rats of clammy cellars.” Yet so illogical is human greed that at a later day, when called to account, “the proprietors frequently urged the filthy habits of the tenants as an excuse for the condition of their property, utterly losing sight of the fact that it was the tolerance of those habits which was the real evil, and that for this they themselves were alone responsible.” 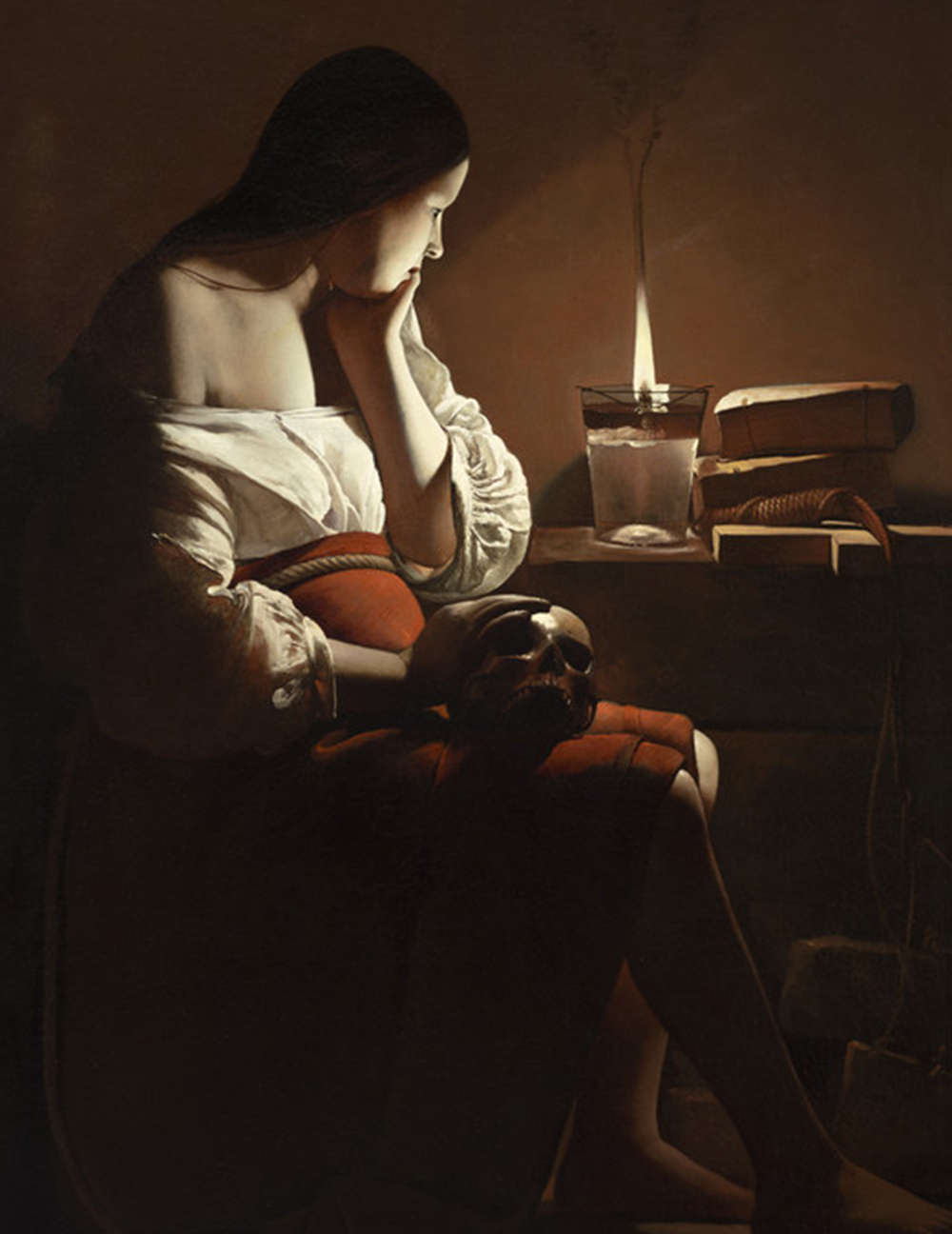 The Magdalene with the Smoking Flame, by Georges de La Tour, c. 1638. © The Los Angeles County Museum of Art.

Still the pressure of the crowds did not abate, and in the old garden where the stolid Dutch burgher grew his tulips or early cabbages a rear house was built, generally of wood, two stories high at first. Presently it was carried up another story, and another. Where two families had lived ten moved in. It was rent the owner was after; nothing was said in the contract about either the safety or the comfort of the tenants. The garden gate no longer swung on its rusty hinges. The shell-paved walk had become an alley; what the rear house had left of the garden, a “court.”

Swine roamed the streets and gutters as their principal scavengers. The death of a child in a tenement was registered at the Bureau of Vital Statistics as “plainly due to suffocation in the foul air of an unventilated apartment,” and the senators, who had come down from Albany to find out what was the matter with New York, reported that “there are annually cut off from the population by disease and death enough human beings to people a city, and enough human labor to sustain it.” And yet experts had testified that, as compared with uptown, rents were from 25 to 30 percent higher in the worst slums of the lower wards, with such accommodations as were enjoyed, for instance, by a “family with boarders” in Cedar Street, who fed hogs in the cellar that contained eight or ten loads of manure; or “one room twelve by twelve with five families living in it, comprising twenty persons of both sexes and all ages, with only two beds, without partition, screen, chair, or table.” The rate of rent has been successfully maintained to the present day, though the hog at least has been eliminated.

While working as a police reporter for the New York Tribune, the Danish-born Jacob Riis began to take a camera with him on his nightly tours of Lower East Side slums. Riis’ calls for reform led to the passage in 1901 of the Tenement House Act, mandating improved access to air, light, and water in all tenement buildings.

Friedrich Engels on the conditions inflicted upon the working class.More