O foolish nation! Why haven’t you renounced your vain babbling and followed the advice of your friend, armed yourself with rope, with daggers, and ended the days of those of your defeated enemies who would have the audacity to rise up again.

Yes, freedom is lost among us, and lost without a chance of return. But while waiting for the tyrant to be reestablished in his power, cast a glimpse on the excesses of despotism that the fall of our current tyrants will soon bring about.

It is certain that the tyrant will burn to reestablish the nobility, but he won’t reestablish the high clergy or the robe, two redoubtable barriers that limited his authority. As long as the public treasury, for which he has the keys, will be filled from the sale of national goods, and as long as the confidence in paper money is not destroyed, Louis Capet [Louis XVI] will have in his pay a numberless army of satellites formed of all the embezzlers, informers, and cutthroats ready to sell themselves, as well as all the intriguers jealous to share his power. It is they who will, for a certain time, support his tyrannical rule. But as soon as his resources are used up—and the time for this is not distant­—a shameful bankruptcy will lose him all the creditors of the state, who will join the mass of the oppressed. Soon the onerous taxes that will weigh down citizens in order to satisfy the bought-off satellites will repel the artisans, the merchants, and the cultivators, who will augment the party of the oppressed and denuded citizens with a mass of the discontented. 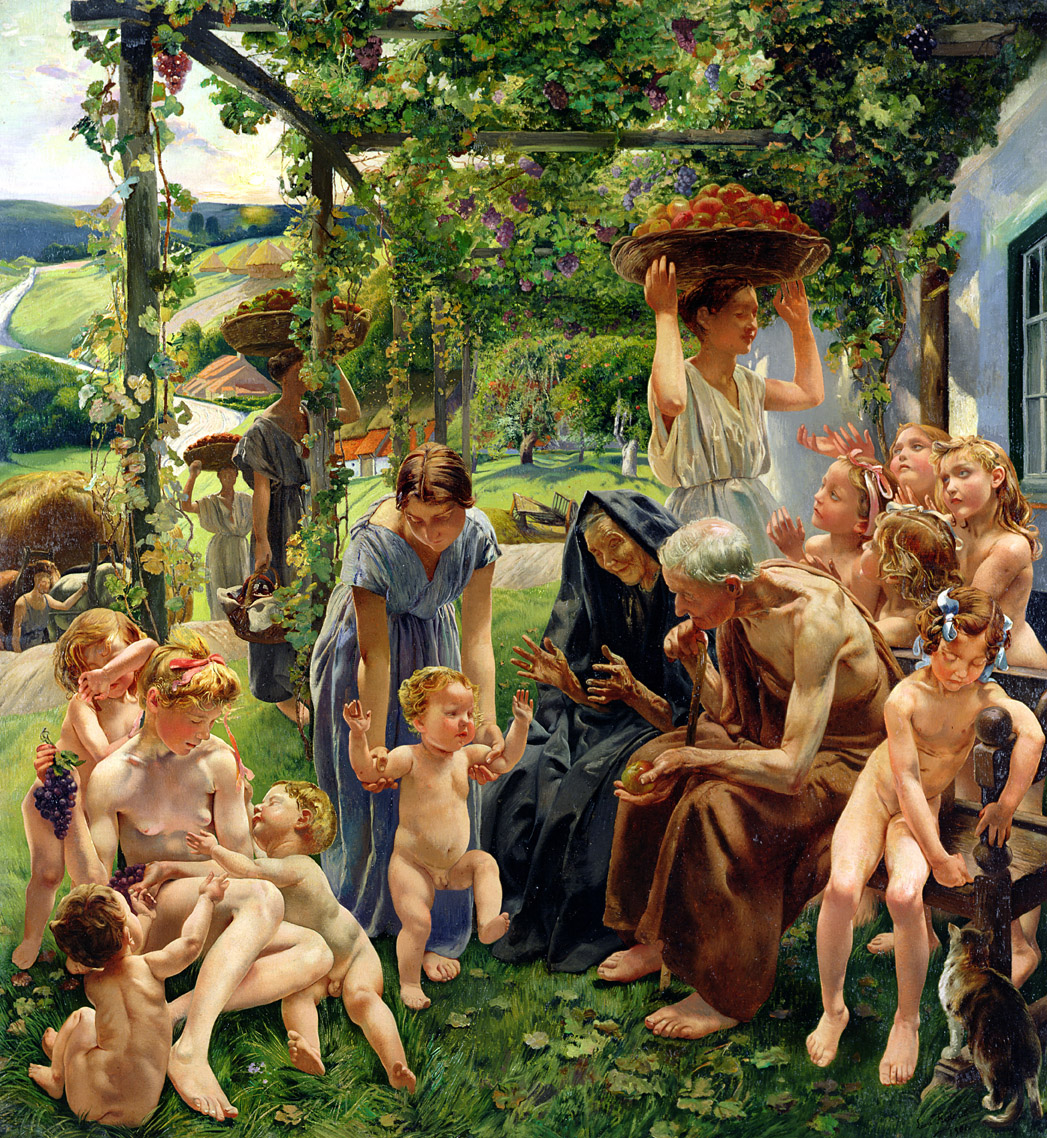 “The Evening,” right panel from the triptych The Golden Age, by Léon Fréderic, 1901.

All the ambitious, whom the cupidity of the court can no longer satisfy and the public functionaries it can no longer corrupt, will throw themselves into this party. The successive uprisings will be followed by a general uprising, and the satellites and the privileged henchmen of the prince will fall beneath the blows of the discontented; he himself will be thrown from the throne and proscribed along with his unworthy family. The kingdom will be torn apart by different factions. From the fire of civil dissension, several federated republics will be born; the most audacious and skillful citizens will usurp the empire, will subject the multitude to a new yoke, and the government will have changed form without having reestablished freedom.

O my fatherland! What a terrible fate the future reserves for you! A fatal decree of pitiless destiny will always tie over your eyes the blindfold of illusion and error in order to prevent you from profiting from your resources and to deliver you, defenselessly, into the hands of your cruel enemies! What haven’t I done to make the scales fall from your eyes? Today there remains no means of putting off your ruin, and your faithful friend has no other obligation to you than that of deploring your sad destiny, than that of shedding, over your too-great disasters, tears of blood.

From “Freedom Is Lost.” Marat was a successful doctor in London in the 1770s while also publishing philosophical and scientific works. As the editor of the newspaper The Friend of the People, he emerged as one of the most radical leaders of the revolution, chiding his readers in 1790, “Five or six hundred heads cut off would have assured your repose, freedom, and happiness.” He was stabbed to death in his bath in 1793; Jacques-Louis David began painting The Death of Marat days after the murder.

The Impulse to Preserve