“Ever since I have been at court,” exclaimed the vidame, “the queen has always treated me with much distinction and amiability, and I have reason to believe she has had a kindly feeling for me. Yet there was nothing marked about it, and I had never dreamed of other feelings toward me than those of respect. I was even much in love with Madame de Themines. The sight of her is enough to prove that a man can have a great deal of love for her when she loves him—and she loved me.

“Nearly two years ago, when the court was at Fontaine­bleau, I happened to talk with the queen two or three times when very few people were there. It seemed to me that I pleased her and that she was interested in all I said. One day especially we were talking about confidence. I said I did not confide wholly in anyone; that one always repented absolute unreserve sooner or later; and that I knew a number of things of which I had never spoken to anyone. The queen said she thought better of me for that; that she had not found anyone in France who had any reserve; and that this had troubled her greatly, because it had prevented her confiding in anyone; that one must have somebody to talk to, especially persons of her rank. The following days she several times resumed the same conversation and told me many tolerably secret things that were happening. At last it seemed to me that she wanted to test my reserve and wished to entrust me with some of her own secrets. This thought attached me to her. I was flattered by the distinction, and I paid her my court with more assiduity than usual. One evening, when the king and all the ladies had gone out to ride in the forest, she remained at home, because she did not feel well, and I stayed with her. She went down to the edge of the pond and let go of the equerry’s hand, to walk more freely. After she had made a few turns, she came near me and bade me follow her. ‘I want to speak to you,’ she said, ‘and you will see from what I wish to say that I am a friend of yours.’ Then she stopped and gazed at me intently. ‘You are in love,’ she went on, ‘and because you do not confide in anyone, you think your love is not known. But it is known even to the persons interested. You are watched. It is known where you see your mistress; a plan has been made to surprise you. I do not know who she is, I do not ask you. I only wish to save you from the misfortunes into which you may fall.’ Observe, please, the snare the queen set for me, and how difficult it was to escape it. She wanted to find out whether I was in love, and by not asking with whom, and by showing that her sole intention was to aid me, she prevented my thinking that she was speaking to me from curiosity or with premeditation.

I count myself in nothing else so happy / As in a soul remembering my good friends.

“Nevertheless, in the face of all appearances, I made out the truth. I was in love with Madame de Themines, but though she loved me, I was not fortunate enough to meet her in any private place where we could be surprised. Hence I saw that it was not she whom the queen meant. I knew, too, that I had a love affair with a woman less beautiful and less severe than Madame de Themines, and it was not impossible that the place where I used to meet her had been discovered. But since I took but little interest in her, it was easy for me to escape from perils of that sort by ceasing to see her. Hence I decided to confess nothing to the queen, but to assure her that I had long since given up the desire to win the love of such women as might smile on me, because I deemed them unworthy of an honorable man’s devotion, and it would take women far above them to fascinate me. ‘You are not frank,’ replied the queen. ‘I know the opposite of what you say. The way in which I speak to you binds you to conceal nothing from me. I want you to be one of my friends,’ she went on, ‘but when I give you that place, I must know all your ties. Consider whether you care to purchase it at the price of informing me. I give you two days to think it over. But be careful what you say to me at the expiration of that time, and remember that if I find out afterward you have deceived me, I shall never pardon you so long as I live.’ Thereupon the queen left me, without awaiting my reply.

“You may well imagine that I was much impressed by what she had just said. The two days she had given me for consideration did not seem to me too long. I perceived that she wished to know whether I was in love and hoped I was not. I saw the importance of the decision I was about to make. My vanity was not a little flattered by a love affair with a queen, and a queen who was still so charming. To be sure, I love Madame de Themines, and although I was unfaithful to her in a way with that other woman I mentioned, I could not make up my mind to break with her. I also saw the danger to which I exposed myself in deceiving the queen, and how hard it would be to deceive her. Yet I could not decide to refuse what fortune offered me, and I determined to risk the consequences of my evil conduct. I broke with that woman with whom my relations might be discovered, and I hoped to conceal those I had with Madame de Themines.

“At the expiration of the two days that the queen had granted me, as I was entering a room where all her ladies were assembled, she said to me aloud, with a seriousness that surprised me—

“ ‘Have you thought over that matter of which I spoke to you, and do you know the truth about it?’

“ ‘Come this evening at the hour that I shall write to you, and I will give you the rest of my orders.’

“I made a deep bow, without answering, and did not fail to appear at the hour set. I found her in the gallery with her secretary and some of her ladies. As she soon as she saw me, she came up to me and led me to the other end of the gallery.

“ ‘Well!’ she said. ‘Is it after due reflection that you have nothing to say to me, and does not my treatment of you deserve that you should speak to me frankly?’

“ ‘It is because I am frank with you, Madame,’ I replied, ‘that I have nothing to tell you, and I swear to Your Majesty, with all the respect I owe you, that I am not in love with any lady of the court.’ 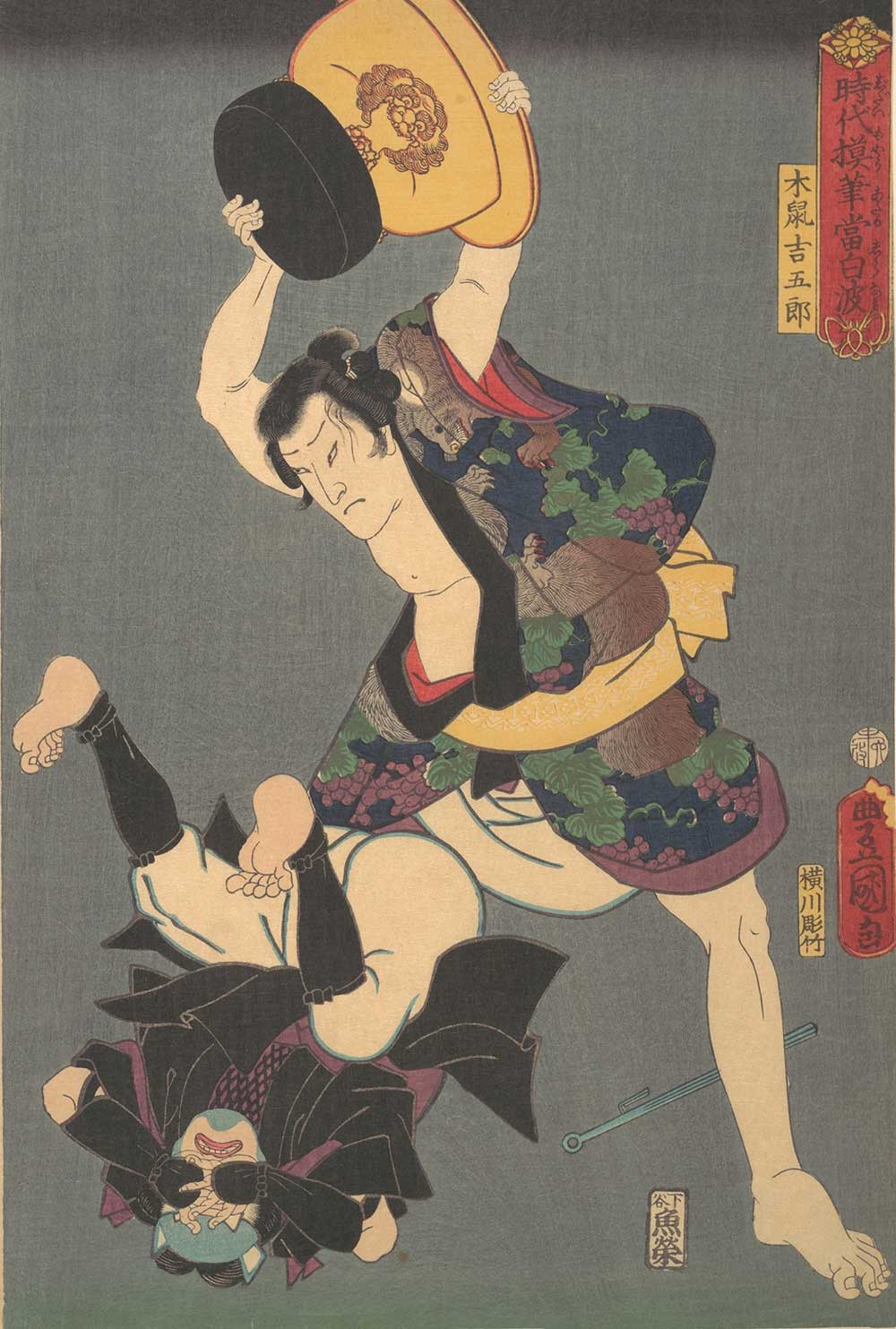 “ ‘I am willing to believe it,’ resumed the queen, ‘because I wish to, and I wish it because I desire that you should be unreservedly attached to me. I could not possibly be satisfied with your friendship if you were in love. One may trust those who are, but it is impossible to have confidence in their secrecy. They are too inattentive and have too many distractions. Their mistress is their main interest—and that would not suit the way in which I want you to be attached to me. Remember, it is on account of your oath that you are free that I choose you for the recipient of my confidence. Remember that I wish yours without reserve, that I want you to have no friend, man or woman, except such as shall be agreeable to me, and that you will give up every aim except pleasing me. I shall not let harm come to your fortune—I shall look after that more zealously than you do. And whatever I do for you, I shall consider myself more than paid if I find that you are to me what I hope. I choose you in order to confide in you all my anxieties and to help me endure them. You will see they are not light. To all appearance I suffer no pain from the king’s attachment to Madame de Valentinois, but I can scarcely bear it. She controls the king; she is false to him; she despises me; all my people are devoted to her. My daughter-in-law, the crown princess, is vain of her beauty and of her uncle’s power and pays no respect to me. The constable of Montmorency is master of the king and of the kingdom. He hates me and has given me tokens of his hatred that I can never forget. The marshal of Saint-André is an audacious young favorite, who treats me no better than do the others. The full list of my sufferings would arouse your compassion. Hitherto I have not dared to trust anyone. I do put confidence in you; act in such a way that I shall not repent of it, and be my sole consolation.’

“The queen’s eyes filled with tears as she said these last words, and I was on the point of throwing myself at her feet, so deeply was I moved by the kindness she showed me. Since that day she has had perfect confidence in me. She never takes a step without talking it over with me, and my alliance with her still lasts.”

From The Princess of Clèves. Born in Paris around 1634, Marie-Madeleine Pioche de la Vergne married François Motier, comte de La Fayette, in 1655. Four years later she separated from him, moving to Paris and publishing her first novel, The Princess of Montpensier. She spent the following two decades writing and developing a distinguished literary circle. Published anonymously in 1678, The Princess of Clèves, regarded as one of the first historical and psychological novels, proved controversial for its depiction of a married woman confessing adulterous feelings to her husband.

Walt Whitman and the body of love.More