The human body is a machine that winds its own springs. It is the living image of perpetual movement. Nourishment keeps up the movements that fever excites.

Without food, the soul pines away, goes mad, and dies exhausted. The soul is a taper whose light flares up the moment before it goes out. But nourish the body, pour into its veins life-giving juices and strong liquors, and then the soul grows strong like them, as if arming itself with a proud courage, and the soldier whom water would have made flee grows bold and runs joyously to death to the sound of drums. Thus a hot drink sets into stormy movement the blood that a cold drink would have calmed.

What power there is in a meal! Joy revives in a sad heart and infects the souls of comrades, who express their delight in the friendly songs in which the Frenchman excels. The melancholy man alone is dejected, and the studious man is equally out of place in such company.

Raw meat makes animals fierce, and it would have the same effect on man. This is so true that the English who eat meat red and bloody, and not as well done as ours, seem to share more or less in the savagery due to this kind of food, and to other causes that can be rendered ineffective by education only. This savagery creates in the soul pride, hatred, scorn of other nations, indocility, and other sentiments that degrade the character, just as heavy food makes a dull and heavy mind whose usual traits are laziness and indolence.

From Man a Machine. A major materialist philosopher of the Enlightenment and resolute hedonist, La Mettrie fled France for the Netherlands—where he published Man a Machine—and Prussia. He died in Potsdam shortly after eating an enormous quantity of pheasant pâté with truffles. “All those who are not imposed upon by the pious insults of the theologians,” said Frederick the Great in a funeral oration, “mourn in La Mettrie a good man and a wise physician.” 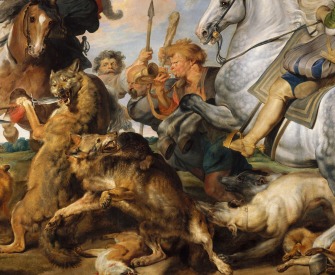 The search for cities of gold.More