“I have been, you see,” he added gently, “so perfectly patient—”

The room was warm and softly lit by one or two pink-shaded lamps. A little fire sparkled on the hearth, and a lustrous black bearskin rug on which a few purple velvet cushions had been flung was spread out before it.

“And now, darling,” Mr. Palmato said, drawing her to the deep divan, “let me show you what only you and I have the right to show each other.” He caught her wrists as he spoke, and looking straight into her eyes, repeated in a penetrating whisper, “Only you and I.” But his touch had never been tenderer. Already she felt every fiber vibrating under it, as of old, only now with the more passionate eagerness bred of privation and of the dull misery of her marriage. She let herself sink backward among the pillows, and already Mr. Palmato was on his knees at her side, his face close to hers. Again her burning lips were parted by his tongue, and she felt it insinuate itself between her teeth and plunge into the depths of her mouth in a long, searching caress, while at the same moment his hands softly parted the thin folds of her wrapper.

One by one they gained her bosom, and she felt her two breasts pointing up to them, the nipples hard as coral, but sensitive as lips to his approaching touch. And now his warm palms were holding each breast as if in a cup, clasping it, modeling it, softly kneading it, as he whispered to her, “Like the bread of the angels.”

An instant more, and his tongue had left her fainting mouth and was twisting like a soft, pink snake about each breast in turn, passing from one to the other till his lips closed hard on the nipples, sucking them with a tender gluttony.

Then suddenly he drew back her wrapper entirely, whispered, “I want you all, so that my eyes can see all that my lips can’t cover,” and in a moment she was free, lying before him in her fresh young nakedness, and feeling that indeed his eyes were covering it with fiery kisses. But Mr. Palmato was never idle, and while this sensation flashed through her, one of his arms had slipped under her back and wound itself around her so that his hand again enclosed her left breast. At the same moment the other hand softly separated her legs and began to slip up the old path it had so often traveled in darkness. But now it was light, she was uncovered; and looking downward beyond his dark, silver-sprinkled head, she could see her own parted knees and outstretched ankles and feet. Suddenly she remembered Austin’s rough advances and shuddered.

The mounting hand paused, the dark head was instantly raised. “What is it, my own?”

“I was—remembering—last week—” she faltered, below her breath.

“Yes, darling. That experience was a cruel one—but it has to come once in all women’s lives. Now we shall reap its fruit.”

But she hardly heard him, for the old swooning sweetness was creeping over her. As his hand stole higher, she felt the secret bud of her body swelling, yearning, quivering hotly to burst into bloom. Ah, here was his subtle forefinger pressing it, forcing its tight petals softly apart, and laying on their sensitive edges a circular touch so soft and yet so fiery that already lightnings of heat shot from that palpitating center all over her surrendered body, to the tips of her fingers and the ends of her loosened hair.

I’ve been on more laps than a napkin.

The sensation was so exquisite that she could have asked to have it indefinitely prolonged; but suddenly his head bent lower, and with a deeper thrill she felt his lips pressed upon that quivering, invisible bud, and then the delicate, firm thrust of his tongue, so full and yet so infinitely subtle, pressing apart those closed petals, and forcing itself in deeper and deeper through the passage that glowed and seemed to become illuminated at its approach….

“Ah—” she gasped, pressing her hands against her sharp nipples and flinging her legs apart. Instantly, one of her hands was caught, and while Mr. Palmato—rising, bent over her, his lips on hers again—she felt his firm fingers pressing into her hand that strong, fiery muscle that they used, in their old joke, to call his third hand.

“My little girl,” he breathed, sinking down beside her, his muscular trunk bare, and the third hand quivering and thrusting upward between them, a drop of moisture pearling at its tip.

She instantly understood the reminder that his words conveyed. Letting herself downward along the divan till her head was in line with his middle, she flung herself upon the swelling member and began to caress it insinuatingly with her tongue. It was the first time she had ever seen it actually exposed to her eyes, and her heart swelled excitedly: to have her touch confirmed by sight enriched the sensation that was communicating itself through her ardent, twisting tongue. With panting breath she wound her caress deeper and deeper into the firm, thick folds, till at length the member, thrusting her lips open, held her gasping, as if at its mercy; then, in a trice, it was withdrawn, her knees were pressed apart, and she saw it before her, above her, like a crimson flash, and at last, sinking backward into new abysses of bliss, felt it descend on her, press open the secret gates, and plunge into the deepest depths of her thirsting body….

From Beatrice Palmato, a prose fragment. Having published her first collection of short stories in 1899 in her late twenties, Wharton emerged as one of the America’s foremost novelists with the publication of The House of Mirth in 1905. In 1906 she left the United States for France, where she remained until her death in 1937. For her novel The Age of Innocence, Wharton was awarded a Pulitzer Prize in 1921. 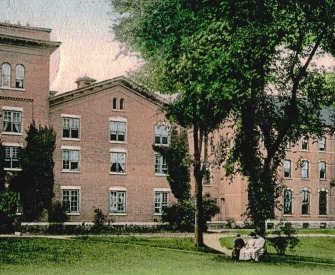 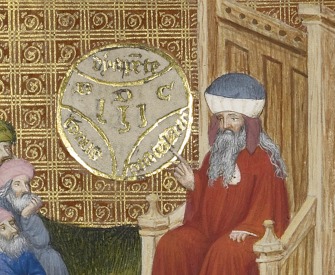 She showed him the things a woman knows how to do.More