Slowly, slowly through the early summer the cholera crept nearer. Out of the Far East came rumors of death…The cholera was raging in Samarkand…It had crossed the Persian frontier…It is in Mashhad! said the telegrams. A perfunctory quarantine was established between Tehran and the infected district, and the streams of pilgrims that flock ceaselessly to Mashhad were forbidden to enter the holy city. Then came the daily bulletins of death, the number of the victims increasing with terrible rapidity.

Mashhad was almost deserted, for all whom the plague had spared had fled to the mountains, and when a week or two later its violence began to abate, the ominous news flashed, “It is spreading among the villages to the westward.” From day to day it drew ever closer, leaping the quarantine bulwark, hurrying over a strip of desert, showing its sudden face in a distant village, sweeping northward, and causing sanguine men to shake their heads and murmur, “Tehran will be spared; it never comes to Tehran”—in a moment seizing upon the road to the Caspian Sea and ringing the city round like a cunning strategist. Then men held their breath and waited and almost wished that the suspense were over and the ineluctable day were come. Yet with the cholera knocking at their doors, they made no preparations for defense, they organized no hospitals, they planned no system of relief; cartloads of overripe fruit were still permitted to be brought daily into the town, and the air was still poisoned by the refuse which was left to rot in the streets. It was the month of Muharram; every evening the people fell into mad transports of religious excitement, crowding together in the shah’s theater to witness the holy plays and to mourn with tears the death of Hussein. Perhaps a deeper fervor was thrown into the long prayers and a greater intensity into the wailing lamentations, for at the door the grim shadow was standing, and which of the mourners could answer for it that not on his own shoulder the clutching hand would fall as he passed out into the night? The cloud of dust that hung forever over the desert and the city assumed a more baleful aspect; it hung now like an omen of the deeper cloud which was settling down upon Tehran. And still above it the sun shone pitilessly, and under the whole blue heaven there was no refuge from the hand of God. So the days passed, and the people drank bad water and gorged themselves on rotten fruit, and on a sudden, the blow fell—the cholera was in Tehran. 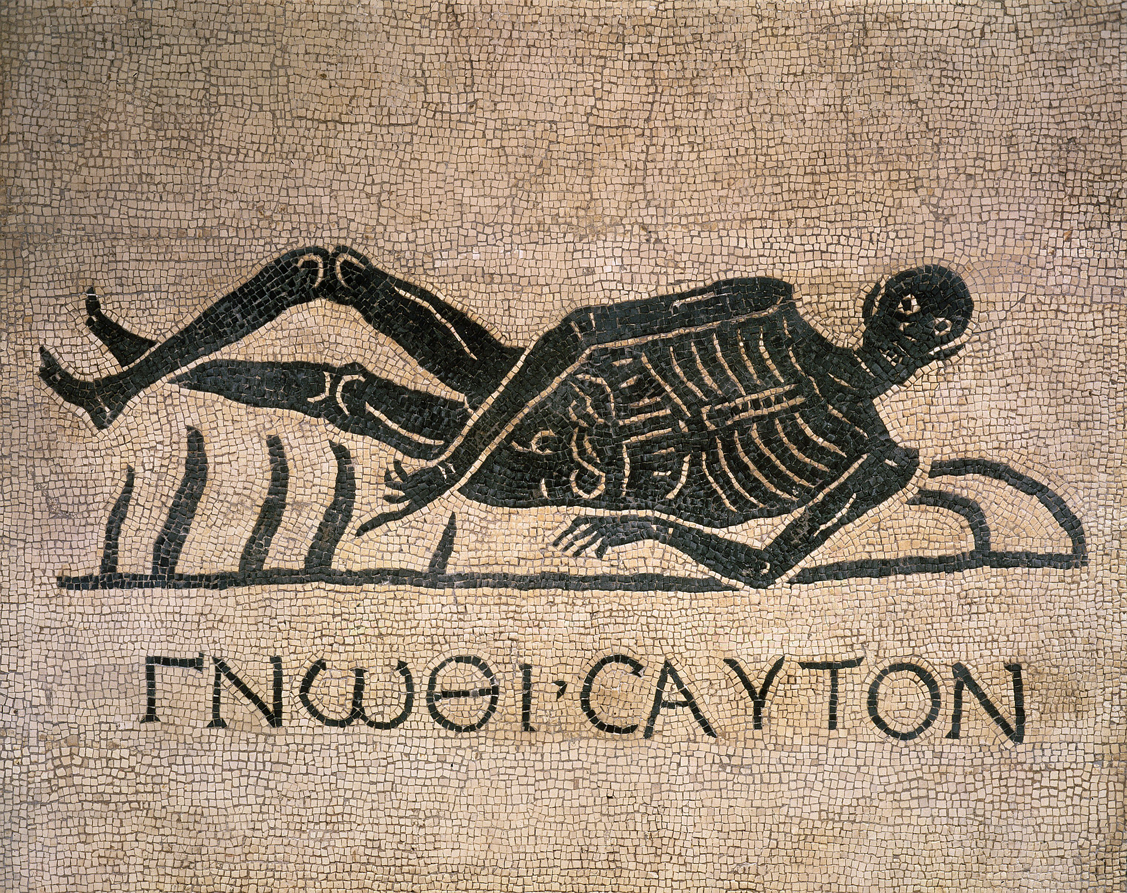 Woe to them that were with child in those days and to them that were sick! One blind impulse seized alike upon rich and poor—flight! flight! All who possessed a field or two in the outlying villages and all who could shelter themselves under a thin canvas roof in the desert gathered together their scanty possessions and, with bare necessaries of life in their hands, crowded out of the northern gateways. The roads leading to the mountains were blocked by a stream of fugitives, like an endless procession of holy families fleeing before a wrath more terrible than that of Herod: the women mounted on donkeys and holding their babies in front of them wrapped in the folds of their cloaks, the men hurrying on foot by their side. For the vengeance of the Lord is swift; in the East he is still the great and terrible God of the Old Testament; his hand falls upon the just and upon the unjust, and punishes folly as severely as it punishes crime. In vain the desert was dotted over with the little white tents of the fugitives, in vain they sought refuge in the cool mountain villages. Wherever they went they bore the plague in the midst of them; they dropped dead by the roadside, they died in the sand of the wilderness, they spread the fatal infection among the country people.

The most degrading of human passions is the fear of death. It tears away the restraints and the conventions which alone make social life possible to man; it reveals the brute in him which underlies them all. In the desperate hand-to-hand struggle for life there is no element of nobility. He who is engaged upon it throws aside honor, he throws aside self-respect, he throws aside all that would make victory worth having—he asks for nothing but bare life. The impalpable danger into whose arms he may at any moment be precipitating himself unawares tells more upon his nerves and upon his imagination than a meeting with the most redoubtable enemy in the open; his courage breaks under the strain.

Such fear laid hold of the people of Tehran.

The Persian doctors, whose duty it was to distribute medicines among the sufferers, shut up their stores and were among the first to leave the stricken city; masters turned their servants into the streets and the open fields if they showed symptoms of the disease and left them to die for want of timely help; women and little children were cast out of the innermost parts of their homes; the living scarcely dared to bury the bodies of the dead.

A little sleep, a little slumber, a little folding of the hands to rest.

Religious fervor grew apace under the influence of fear. Men to whom travel and intercourse with foreigners had given a semblance of Western civilization exchanged their acquired garb for a pilgrim’s cloak and set forth on the long journey to Mecca. The air was full of rumors. It was whispered that the mullahs were working upon native fanaticism and pointing to the presence of Europeans as a primary cause of evil which must be straightway removed. Today an incredible number of deaths were reported to have taken place in Tehran during the last twenty-four hours, tomorrow the news would run from lip to lip that the shah himself had succumbed. At the time when the cholera broke out in Tehran, his majesty was making his summer journey through the country. He at once dispatched an order to the effect that the disease was on no account to be permitted to come near his camp, but it was not within his conception of the duties of kingship to take precautions for the safety of any dweller in his realms but himself. He appeared to be considerably alarmed by the approach of an enemy who is no respecter of persons. He dismissed the greater part of his followers, and making a few nights’ halt in a palace in the neighborhood of his capital, he hurried on into the mountains. Even in those nights forty or fifty people died in his camp, but he was kept in ignorance of this untoward occurrence. Fortunate indeed were those ladies of his inner circle who accompanied him on his travels, or who had enough influence to succeed in having themselves transported to one of the numerous country palaces; the others were obliged to continue in the town, no one having time to spare them any attention, and it was not till the fury of the cholera was spent that the poor women were allowed to move into a less dangerous neighborhood.

Even under the shadow of death there were incidents which were not lacking in a certain grim humor. Such, for example, was the tale of the half-mad and more than half-naked Negro who lived in the desert beyond our doors, and who was accustomed to come whining to us for alms when we rode out. He must have possessed a sardonic sense of comedy, and the adventures of the hunchback cannot have been unfamiliar to him. He had a wife lurking in the village, though we were unconscious of her existence till he came in tears to inform us of her decease, begging that he might be given money wherewith to pay for her burial. A charitable person provided him with the necessary sum, with which (having never, in all probability, seen so much silver in his dirty palm) he incontinently decamped. But before he left, he took the precaution of setting up the dead body of his wife against the palings of our garden, thereby forcing the European dogs to bear twice over the expenses of her funeral. Persian beggars and cripples have more lives than they have limbs. Many good men died in Tehran, but when we returned there at the end of the season we found precisely the same group of maimed and ragged loiterers hanging about our doors.

Death of King Dasharatha, father of Prince Rama, detail from a c. 1605 illustrated manuscript of the Ramayana. The Metropolitan Museum of Art, Cynthia Hazen Polsky and Leon B. Polsky Fund.

The cholera was not of very long duration. A slight fall of rain reduced the daily number of deaths by several hundreds; before six weeks were past the people were returning to the streets they had quitted in precipitate haste; a fortnight later the surrounding villages also were free of sickness and had resumed their accustomed aspect, except for an air of emptiness in the tiny bazaars, from which in some cases a third of the population had been reft, and a corresponding number of fresh graves in the burial grounds. But another disease follows on the heels of cholera; typhoid fever is the inevitable result of an absolute disregard of all sanitary laws. The system of burial among the Persians is beyond expression evil. They think nothing of washing the bodies of the dead in a stream which subsequently runs through the length of the village, thereby poisoning water which is to be used for numberless household purposes, and in their selection of the graveyard they will not hesitate to choose the ground lying immediately above an underground channel which is carrying water to many gardens and drinking fountains. Even when they are buried, the bodies are not allowed to rest in peace. The richer families hold it a point of honor to lay the bones of their relations in some holy place—Karbala, where Hussein was slain, or the sacred shrine of Mashhad. They therefore commit them only temporarily to the earth, laying them in shallow graves and covering them with an arched roof of brickwork, which practice accounts for the horrible smell round the graveyards after an outbreak of cholera. A few months later, and long before time has killed the germs of disease, these bodies are taken up, wrapped in sackcloth, and carried, slung across the backs of mules, to their distant resting place sowing not improbably the seeds of a fresh outbreak as they go.

From Persian Pictures. After her uncle was appointed the British minister in Tehran in 1891, Bell took up the study of Persian and accompanied her aunt the following year on a trip to the East, where she wrote a series of letters that served as the basis for this book, published in 1894. She climbed the Matterhorn in 1904, documented Byzantine churches in Turkey in 1906, studied the palace of Ukhaidir on the Euphrates in 1911, and was serving as Britain’s oriental secretary in Iraq during the nation’s creation after World War I. She died from an overdose of sleeping pills in Baghdad in 1926.

Pica is an unexplainable food curiosity—the overwhelming desire to eat the inedible. More

The red badge of menudo stains.More