On the third day, the warder came to my room straight from his dinner. Looking sorry for himself, he said the Lord’s commissioners had arrived with the Queen’s attorney general, and that I had to go down to them at once.

He let me go, and then we went off together to the lieutenant’s lodgings inside the walls of the Tower. Five men were there waiting for me, none of whom, except Wade, had examined me before. He was there to direct the charges against me.

“You say,” said the attorney general, “you have no wish to obstruct the government. Tell us, then, where Father Garnet is. He is an enemy of the state, and you are bound to report on all such men.”

“Then we’ll see to it that you tell us before we leave this place.”

“Please God you won’t,” I answered. 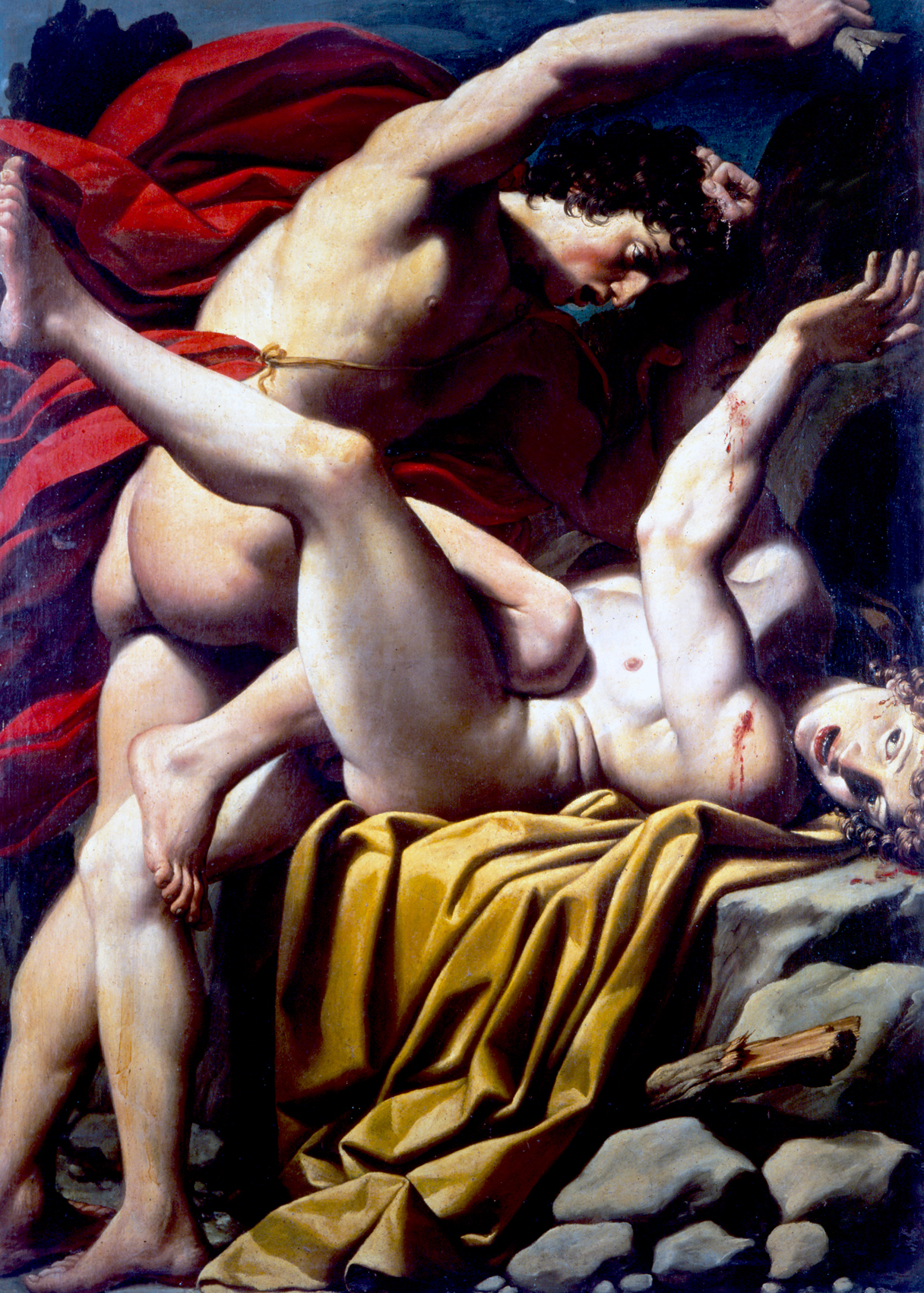 Then they produced a warrant for putting me to torture. They had it ready by them and handed it to me to read. (In this prison a special warrant is required for torture.)

I saw the warrant was properly made out and signed, and then I answered, “With God’s help I shall never do anything which is unjust or act against my conscience or the Catholic faith. You have me in your power. You can do with me what God allows you to do—more you cannot do.”

Then they began to implore me not to force them to take steps they were loath to take. They said they would have to put me to torture every day, as long as my life lasted, until I gave them the information they wanted.

“I trust in God’s goodness,” I answered, “that He will prevent me from ever committing a sin such as this—the sin of accusing innocent people. We are all in God’s hands, and therefore I have no fear of anything you can do to me.”

This was the sense of my answers, as far as I can recall them now.

I'm all for bringing back the birch, but only between consenting adults.

We went to the torture room in a kind of solemn procession, the attendants walking ahead with lighted candles.

The chamber was underground and dark, particularly near the entrance. It was a vast place, and every device and instrument of human torture was there. They pointed out some of them to me and said I would try them all. Then they asked me again whether I would confess.

I fell on my knees for a moment’s prayer. Then they took me to a big upright pillar, one of the wooden posts which held the roof of this huge underground chamber. Driven into the top of it were iron staples for supporting heavy weights. Then they put my wrists into iron gauntlets and ordered me to climb two or three wicker steps. My arms were then lifted up, and an iron bar was passed through the rings of one gauntlet, then through the staple and rings of the second gauntlet. This done, they fastened the bar with a pin to prevent it slipping, and then, removing the wicker steps one by one from under my feet, they left me hanging with my hands and arms fastened above my head. The tips of my toes, however, still touched the ground, and they had to dig away the earth from under them. They had hung me up from the highest staple in the pillar and could not raise me any higher without driving in another staple.

Hanging like this, I began to pray. The gentlemen standing around asked me whether I was willing to confess now.

“I cannot and I will not,” I answered. 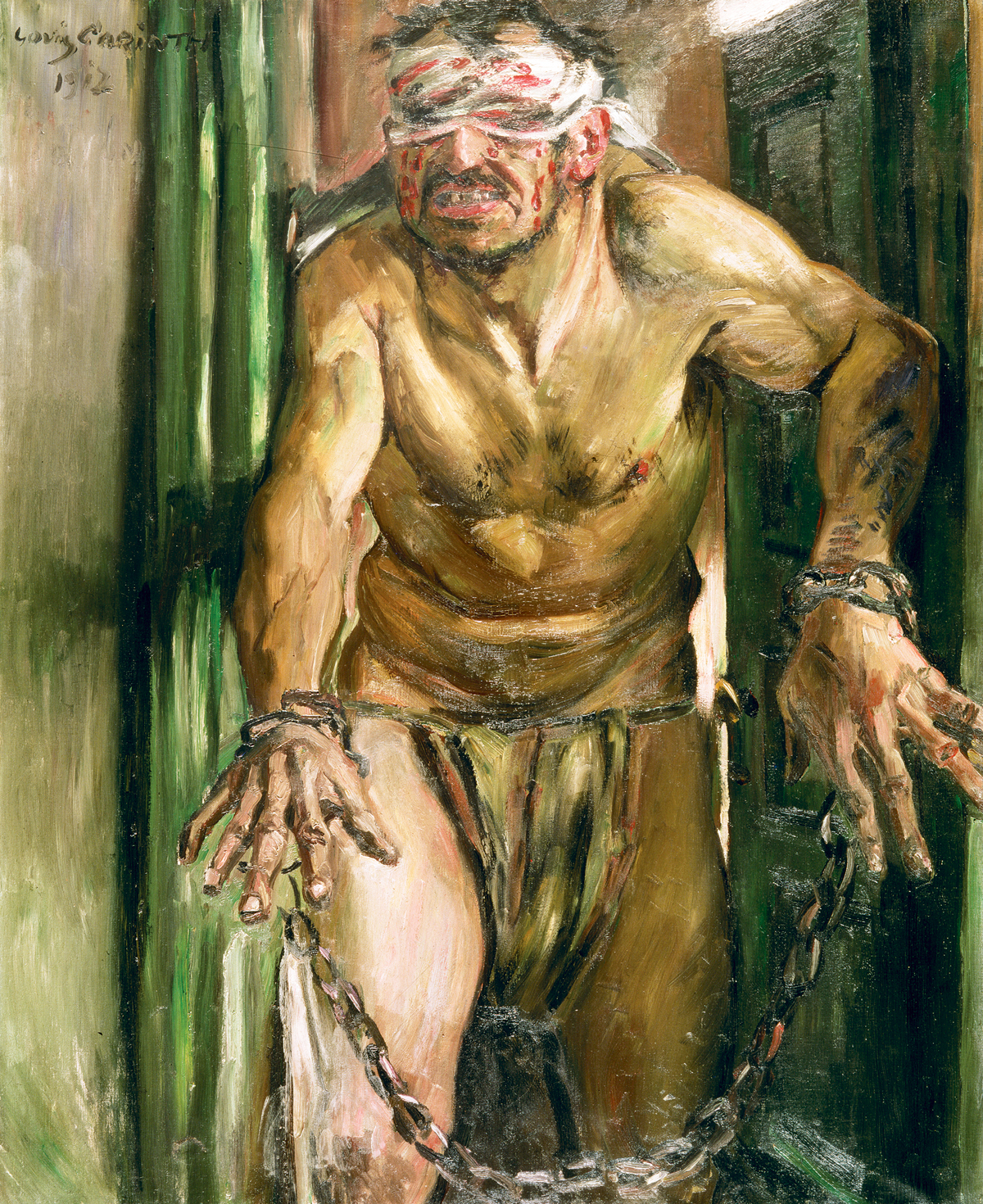 But I could hardly utter the words, such a gripping pain came over me. It was worst in my chest and belly, my hands and arms. All the blood in my body seemed to rush up into my arms and hands, and I thought that blood was oozing from the ends of my fingers and the pores of my skin. But it was only a sensation caused by my flesh swelling above the irons holding them. The pain was so intense that I thought I could not possibly endure it—and added to it, I had an interior temptation. Yet I did not feel any inclination or wish to give them the information they wanted. The Lord saw my weakness with the eyes of His mercy and did not permit me to be tempted beyond my strength. With the temptation, He sent me relief. Seeing my agony and the struggle going on in my mind, He gave me this most merciful thought: the utmost and worst they can do is to kill you, and you have often wanted to give your life for your Lord God. The Lord God sees all you are enduring—He can do all things. You are in God’s keeping. With these thoughts, God in His infinite goodness and mercy gave me the grace of resignation, and with a desire to die and a hope (I admit) that I would, I offered Him myself to do with me as He wished. From that moment the conflict in my soul ceased, and even the physical pain seemed much more bearable than before, though it must, in fact, I am sure, have been greater with the growing strain and weariness of my body.

Sometime after one o’clock, I think, I fell into a faint. How long I was unconscious I don’t know, but I think it was long, for the men held my body up or put the wicker steps under my feet until I came to. Then they heard me pray and immediately let me down again. And they did this every time I fainted—eight or nine times that day—before it struck five.

A little later they took me down. My legs and feet were not damaged, but it was a great effort to stand upright.

Father John Gerard, from his autobiography. Having matriculated at Oxford University’s Exeter College in 1579, Gerard in 1588 entered the Jesuit novitiate in Rome. He returned to England to become prominent in the underground Catholic community and in 1594 was captured and eventually sent to the Tower of London. After undergoing three years of imprisonment, he escaped by shimmying across the moat on a piece of rope strung from his cell window. 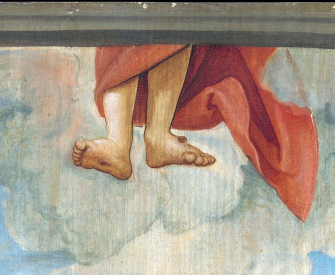