As Children should very seldom be corrected by Blows, so I think frequent and especially passionate Chiding of almost as ill Consequence.

It lessens the Authority of the Parents and the Respect of the Child; for I bid you still remember, they distinguish early betwixt Passion and Reason. And as they cannot but have a Reverence for what comes from the latter, so they quickly grow into a Contempt of the former. Or if it causes a present Terror, yet it soon wears off, and natural Inclination will easily learn to slight such Scarecrows which make a Noise, but are not animated by Reason. Children being to be restrain’d by the Parents only in vicious—which in their tender Years are only a few—Things: a Look or Nod only ought to correct them when they do amiss; or, if Words are sometimes to be us’d, they ought to be grave, kind, and sober, representing the Ill or Unbecomingness of the Faults, rather than a hasty Rating of the Child for it—which makes him not sufficiently distinguish whether your Dislike be not more directed to him than his Fault. Passionate Chiding usually carries rough and ill Language with it, which has this further ill Effect, that it teaches and justifies it in Children. 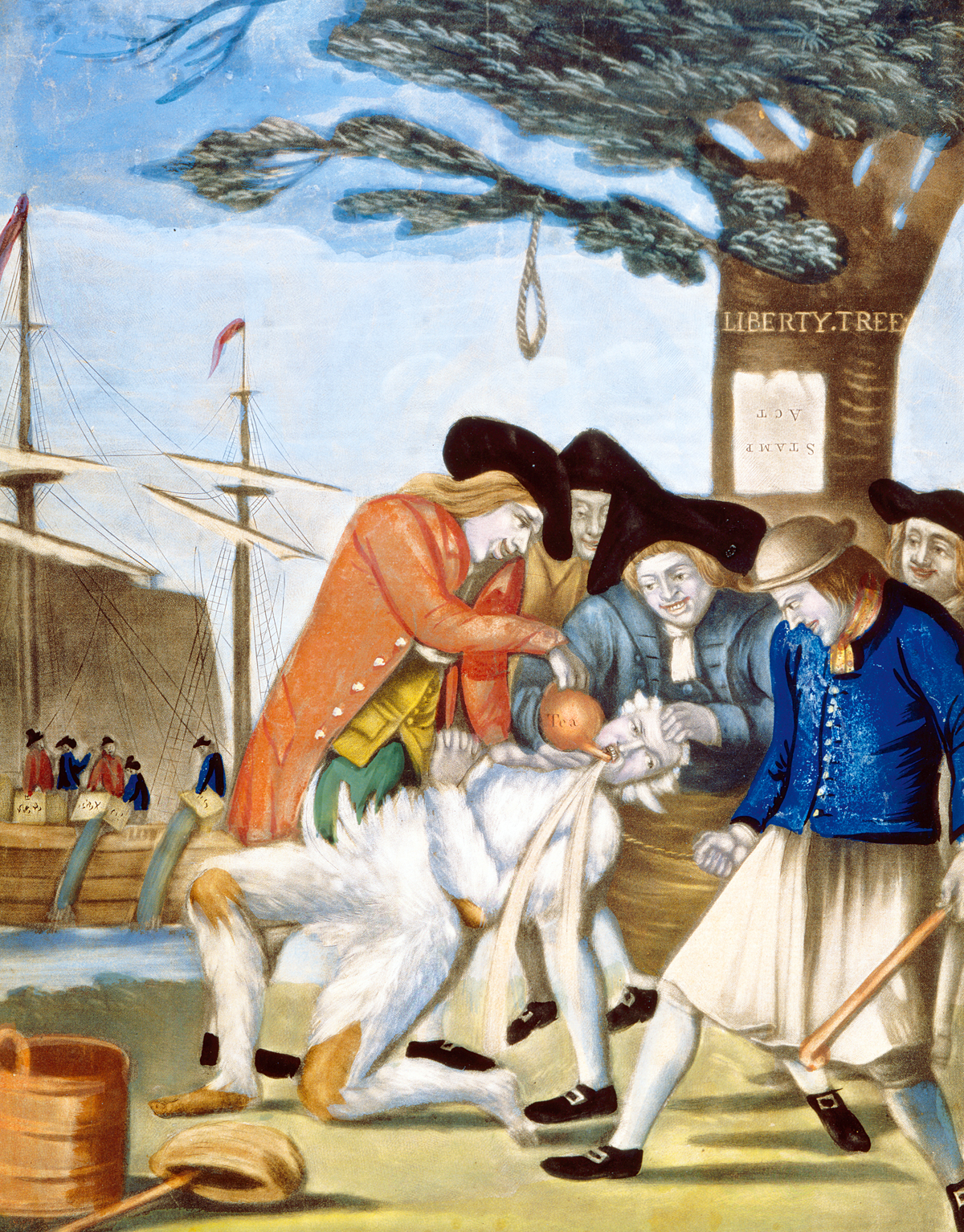 The Bostonians Paying the Excise-Man or Tarring and Feathering, by Philip Dawe, 1774. United States Library of Congress's Prints and Photographs division, Washington D.C.

I forsee here it will be objected to me: What then, will you have Children never beaten nor chid for any Fault? This will be to let loose the Reins to all Kind of Disorder. Not so much, as is imagin’d, if a right Course has been taken in the first Seasoning of their Minds, and implanting that Awe of their Parents above-mentioned. For Beating, by constant Observation, is found to do little good, for the Influence of that quickly wears out with the Memory of it. But yet there is one, and but one Fault for which I think Children should be beaten, and that is, Obstinacy or Rebellion. I would have it order’d so—if it can be—that the Shame of the Whipping, and not the Pain, should be the greatest Part of the Punishment. Shame of doing amiss and deserving Chastisement, is the only true Restraint belonging to Virtue. The Smart of the Rod, if Shame accompanies it not, soon ceases and is forgotten, and will quickly by Use lose its Terror. I have known the Children of a Person of Quality kept in Awe by the Fear of having their Shoes pull’d off, as much as others by Apprehensions of a Rod hanging over them. Some such Punishment I think better than Beating; for ’tis Shame of the Fault and the Disgrace that attends it that they should stand in Fear of, rather than Pain if you would have them have a Temper truly ingenuous. But Stubbornness, and an obstinate Disobedience, must be master’d with Force and Blows; for this there is no other Remedy. Whatever particular Action you bid him do, or forbear, you must be sure to see your self obey’d—no Quarter in this Case, no Resistance. For when once it comes to be a Trial of Skill, a Contest for Mastery betwixt you—as it is if you command and he refuses—you must be sure to carry it whatever Blows it costs if a Nod or Words will not prevail—unless, forever after, you intend to live in Obedience to your Son. A prudent and kind Mother of my Acquaintance was on such an Occasion forc’d to whip her little Daughter at her first coming home from Nurse eight Times successively the same Morning before she could master her Stubbornness and obtain a Compliance in a very easy and indifferent Matter. If she had left off sooner and stopp’d at the seventh Whipping, she had spoil’d the Child for ever, and by her unprevailing Blows, only confirm’d her Refractoriness, very hardly afterward to be cur’d. But wisely persisting till she had bent her Mind, and suppled her Will, she establish’d her Authority thoroughly in the very first Occasions and had ever after a very ready Compliance and Obedience in all Things from her Daughter; for as this was the first Time, so I think it was the last too she ever struck her.

From Some Thoughts Concerning Education. Locke suffered severe discipline as a child at the Westminster School. Having served as a professor and unlicensed family physician, he only began to write his major works, Two Treatises of Government and An Essay Concerning Human Understanding, when he was nearly sixty. Regarded as the father of the English Enlightenment, he died in Essex at the age of seventy-two in 1704.