Order and good government, and along with them the liberty and security of individuals, were established in cities at a time when the occupiers of land in the country were exposed to every sort of violence. But men in this defenseless state naturally content themselves with their necessary subsistence, because to acquire more might only tempt the injustice of their oppressors. On the contrary, when they are secure of enjoying the fruits of their industry, they naturally exert it to better their condition and to acquire not only the necessaries but the conveniences and elegancies of life. That industry, therefore, which aims at something more than necessary subsistence, was established in cities long before it was commonly practiced by the occupiers of land in the country.

The inhabitants of a city, it is true, must always ultimately derive their subsistence and the whole materials and means of their industry from the country. But those of a city, situated near either the seacoast or the banks of a navigable river, are not necessarily confined to derive them from the country in their neighborhood. They have a much wider range and may draw them from the most remote corners of the world, either in exchange for the manufactured produce of their own industry or by performing the office of carriers between distant countries and exchanging the produce of one for that of another. A city might in this manner grow up to great wealth and splendor, while not only the country in its neighborhood but all those to which it traded were in poverty and wretchedness. Each of those countries, perhaps, taken singly, could afford it but a small part, either of its subsistence or of its employment, but all of them taken together could afford it both a great subsistence and a great employment. There were, however, within the narrow circle of the commerce of those times, some countries that were opulent and industrious. Such was the Greek empire as long as it subsisted and that of the Saracens during the reigns of the Abassids. Such too was Egypt till it was conquered by the Turks, some part of the coast of Barbary, and all those provinces of Spain which were under the government of the Moors.

The inhabitants of trading cities, by importing the improved manufactures and expensive luxuries of richer countries, afforded some food to the vanity of the great proprietors, who eagerly purchased them with great quantities of the rude produce of their own lands.

A taste for the finer and more improved manufactures was in this manner introduced by foreign commerce into countries where no such works were carried on. But when this taste became so general as to occasion a considerable demand, the merchants, in order to save the expense of carriage, naturally endeavored to establish some manufactures of the same kind in their own country. 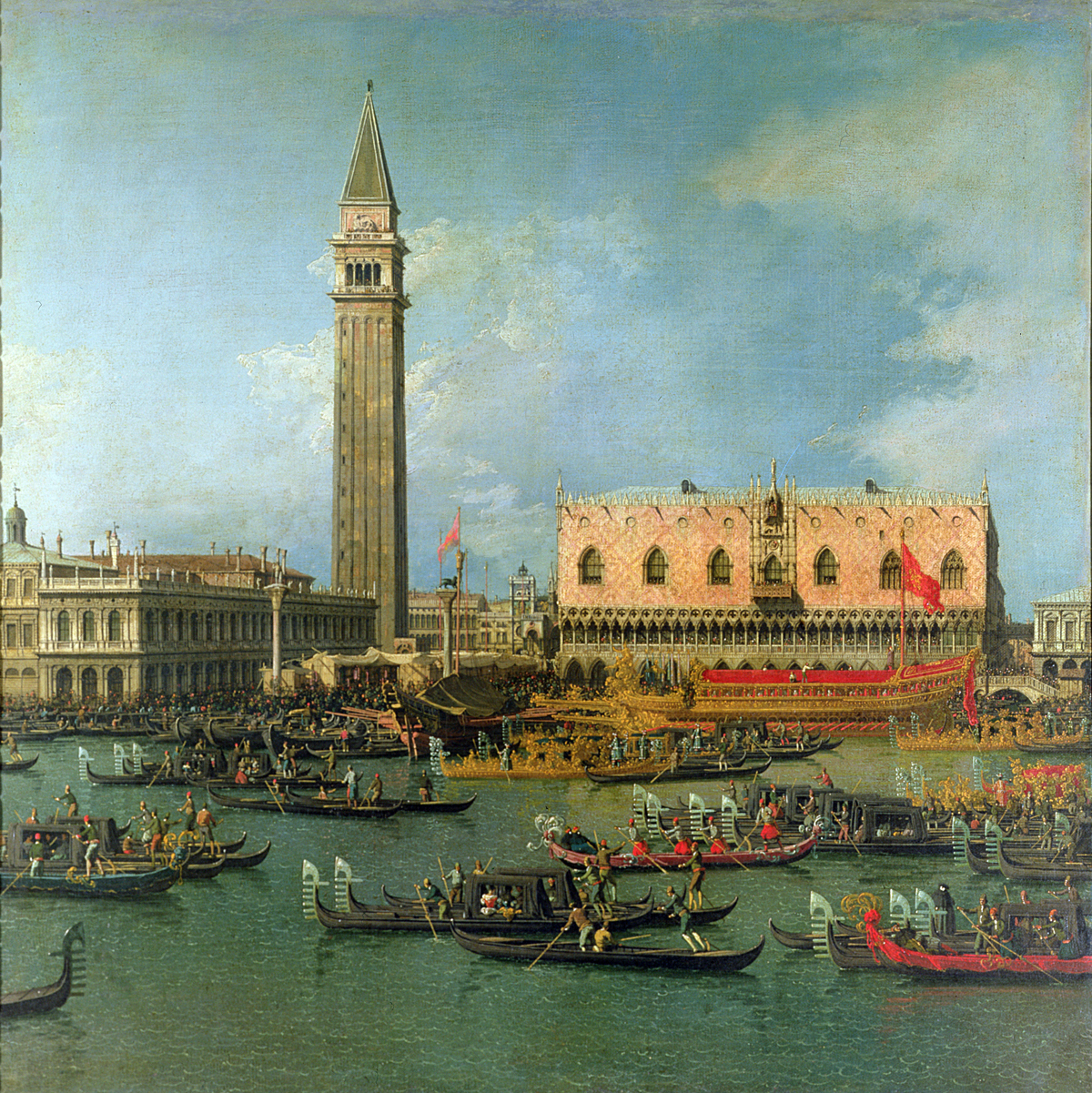 The Bucentaur Returning to the Molo on Ascension Day, by Canaletto, c. 1740. © Collection of the Earl of Leicester, Holkham Hall, Norfolk, The Bridgeman Art Library International.

The increase and riches of commercial and manufacturing towns contributed to the improvement and cultivation of the countries to which they belonged in three different ways.

First, by affording a great and ready market for the rude produce of the country, they gave encouragement to its cultivation and further improvement. This benefit was not even confined to the countries in which they were situated but extended more or less to all those with which they had any dealings. To all of them they afforded a market for some part either of their rude or manufactured produce and consequently gave some encouragement to the industry and improvement of all. Their own country, however, on account of its neighborhood, necessarily derived the greatest benefit from this market. Its rude produce being charged with less carriage, the traders could pay the growers a better price for it and yet afford it as cheap to the consumers as that of more distant countries.

Secondly, the wealth acquired by the inhabitants of cities was frequently employed in purchasing such lands as were to be sold, of which a great part would frequently be uncultivated. Merchants are commonly ambitious of becoming country gentlemen, and when they do, they are generally the best of improvers. A merchant is accustomed to employ his money chiefly in profitable projects, whereas a mere country gentleman is accustomed to employ it chiefly in expense. The one often sees his money go from him and return to him again with a profit: the other, when once he parts with it, very seldom expects to see any more of it. Those different habits naturally affect their temper and disposition in every sort of business. A merchant is commonly a bold country gentleman, a timid undertaker. The one is not afraid to lay out at once a large capital upon the improvement of his land when he has a probable prospect of raising the value of it in proportion to the expense. The other, if he has any capital, which is not always the case, seldom ventures to employ it in this manner. If he improves at all, it is commonly not with a capital but with what he can save out of his annual revenue. Whoever has had the fortune to live in a mercantile town situated in an unimproved country must have frequently observed how much more spirited the operations of merchants were in this way than those of mere country gentlemen. The habits, besides, of order, economy, and attention, to which mercantile business naturally forms a merchant, render him much fitter to execute with profit and success any project of improvement.

Thirdly, and lastly, commerce and manufactures gradually introduced order and good government, and with them, the liberty and security of individuals, among the inhabitants of the country, who had before lived almost in a continual state of war with their neighbors and of servile dependency upon their superiors. This, though it has been the least observed, is by far the most important of all their effects.

From The Wealth of Nations. Born in the small Scottish town of Kirkcaldy, Smith was briefly kidnapped by gypsies at the age of four; his biographer observed, “He would have made, I fear, a poor gypsy.” After publishing his Theory of Moral Sentiments in 1759, he was elected to the Royal Society, becoming acquainted with Edward Gibbon and Samuel Johnson. Smith spent more than a decade writing The Wealth of Nations. 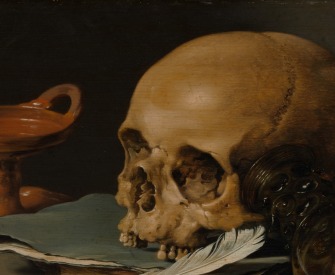