I conceive the churches should be built not where vacant ground may be cheapest purchased in the extremities of the suburbs but among the thicker inhabitants for convenience of the better sort—although the site of them should cost more: the better inhabitants contributing most to the future repairs and the ministers and officers of the church and charges of the parish.

I could wish that all burials in churches might be disallowed, which is not only unwholesome, but the pavements can never be kept even nor pews upright, and if the churchyard be close about the church, this is also inconvenient because the ground being continually raised by the graves, occasions in time a descent by steps into the church, which renders it damp and the walls green, as appears evidently in all old churches.

It will be inquired, Where then shall be the burials? I answer, in cemeteries seated in the outskirts of the town. A piece of ground of two acres in the fields will be purchased for much less than two roads among the buildings: this being enclosed with a strong brick wall and having a walk round and two crosswalks decently planted with yew trees, the four quarters may serve four parishes, where the dead need not be disturbed at the pleasure of the sexton or piled four or five upon one another—or bones thrown out to gain room. In these places beautiful monuments may be erected, but yet the dimensions should be regulated by an architect and not left to the fancy of every mason—for thus the rich, with large marble tombs, would shoulder out the poor, when a pyramid, a good bust, or statue on a proper pedestal, will take up little room in the quarters and be properer than figures lying on marble beds. It may be considered further that if the cemeteries be thus thrown into the fields, they will bound the excessive growth of the city with a graceful border, which is now encircled with scavengers’ dung stalls.

From a letter. An astronomer and founder of the Royal Society, Wren was also the leading English architect of his day. He submitted his design for the dome of St. Paul’s Cathedral one week before the Great Fire of 1666 destroyed eighty-seven of London’s churches. Wren oversaw the construction of fifty-one replacements; St. Paul’s was officially declared completed in 1711, when he was seventy-nine years old. 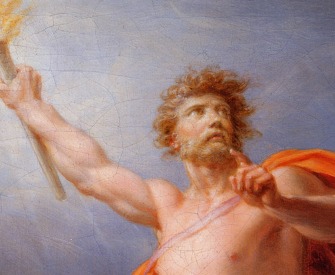 Easy entertaining with the Count of Monte Cristo.More