For a year or more, Goldmund had been a student at the cloister school of Mariabronn. He had played some hundred times with his classmates under the linden trees in the courtyard and under the beautiful chestnut tree—ball games, races, snowball fights. Now spring had come, but Goldmund felt tired and sick and often had headaches; he found it hard to stay awake in class, hard to concentrate.

Then one evening Adolf came up to him, the classmate he had first met during a fistfight and with whom he had begun to study Euclid that winter. It was in the hour after supper, an hour of recreation when the boys were permitted to play in the dormitories, to walk and talk in the outer cloister yard.

“Goldmund,” he said, pulling him down the stairs after him, “I want to tell you something, something funny. But you’re such a model student—you’ll probably end up a bishop one of these days. First you must give me your word of honor that you won’t tell the teachers on me.”

Goldmund immediately gave his word. There was cloister honor and student honor, and occasionally one contradicted the other, Goldmund was well aware of that. But, as anywhere else in the world, the unwritten law defeated the written one; he would never try to evade student laws and codes while he was himself a student. 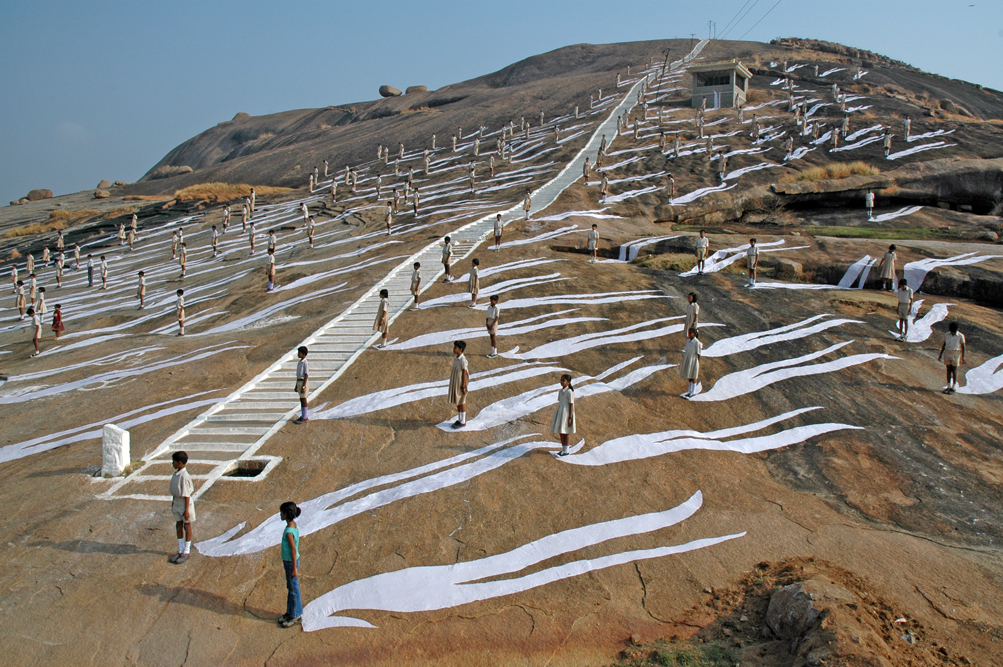 Adolf dragged him outside the arch under the trees. There was, he whispered, a group of good, strong-hearted classmates—he himself was one of them—who were carrying on an old student tradition, of reminding themselves that they were not monks. They would occasionally steal away from the cloister for an evening in the village. It was the kind of prank or adventure no decent fellow could avoid taking part in; later during the night they would sneak back again.

“But the gates are locked at that hour,” Goldmund objected.

Of course they were locked. Precisely. That was the fun of the whole thing. But there were secret ways to get back inside unnoticed; it wouldn’t be the first time.

Goldmund recalled hearing the expression “going to the village.” It stood for boys’ nocturnal escapades, for all kinds of secret adventures and pleasures that were forbidden on pain of heavy punishment. He froze inside. “Going to the village” was a sin, something forbidden. At the same time he understood only too well that that was precisely why the “regulars” considered it a point of honor to take the risk and that it was a certain distinction to be asked to join in this adventure.

He would have liked to say no, to run back and go to bed. He felt tired and weak; his head had ached all afternoon. But he felt slightly embarrassed in front of Adolf. And who could tell: perhaps there would be something new, something beautiful outside the cloister, something that might make one forget headaches and listlessness and all kinds of pain. It was an excursion into the world—although secret and forbidden, nothing to feel proud of. Still, perhaps it would bring release, be an experience. He stood undecided while Adolf continued to talk; suddenly he laughed and said yes.

The young man must store up, the old man must use.

Unobserved, they slipped out under the linden trees in the vast darkening courtyard; the outer gate had already been locked. Adolf led him to the cloister mill through which one could easily sneak out, unseen in the twilight, and unheard because of the constant whirring of wheels. In complete darkness they climbed through a window onto a pile of slippery-wet planks, one of which they pulled out and used as a bridge to cross the little stream. And now they were outside, on the pale glistening road that disappeared into the dark forest. All this was exciting and secret; he enjoyed it very much.

At the edge of the forest they found a third classmate, Konrad; they waited for a long time and were joined by a fourth, big Eberhard. All four tramped through the forest. Night birds rose above them in a rustle of wings; a few stars peeked wet and bright through quiet clouds. Konrad chattered and joked. Occasionally he’d make the others laugh, but there hung above them the solemn anxiety of night that made their hearts beat faster.

After barely an hour they came to the village on the other side of the forest. It seemed asleep. The low gables shimmered faintly, crisscrossed by dark ribs of timber; there wasn’t a light anywhere. Adolf led the way. Silent, on tiptoe, they circled several houses, climbed a fence, stood in a garden, sank into the soft earth of a flower bed, stumbled over steps, stopped by the wall of a house. Adolf knocked at a shutter, waited, knocked again. There was a sound inside. Soon a light shone, the shutter opened, and one after the other they climbed into a kitchen with a black hearth and an earthen floor. A tiny oil lamp was standing on the stove, its feeble flame flickering on a thin wick. And there was a girl, a haggard servant girl, who stood holding out her hand to greet the intruders. Another girl stepped out of the shadows behind the first one, a young thing with long black braids. Adolf had brought gifts for them, half a loaf of white cloister bread, and something in a paper sack, a handful of stolen incense perhaps, thought Goldmund, or candle wax or the like. The young girl with the braids went out of the kitchen, groped her way through the darkness to the door, stayed away for a long while, returned with a jug of gray clay with a blue flower painted on it and offered the jug to Konrad. He drank from it, passed it on. They all drank; it was strong apple cider.

In the light of the tiny lamp they sat down, the girls on rigid little stools and the students around them on the floor. They spoke in whispers, with interruptions for sips of cider, Adolf and Konrad making most of the conversation. From time to time one of them would get up and caress the hair and neck of the older girl and whisper into her ear; no one touched the younger girl. The big one was probably the maid, Goldmund thought, and the smaller, pretty one the daughter of the house. But what difference did it make. It was none of his business and he would never come back here. The secrecy of the escapade, the walk through the night forest had been beautiful, out of the ordinary, exciting but not dangerous. Forbidden, yes, but even so, the transgression did not burden one’s conscience. Whereas this, visiting girls at night, was more than just forbidden; he felt it was a sin. Perhaps for the others even this was only a small adventure, but not for him; he knew that he was destined for the ascetic life of a monk, and playing with girls was not permitted him. No, he would never come back here. But his heart pounded with anguish in the flickering half light of the poor kitchen. 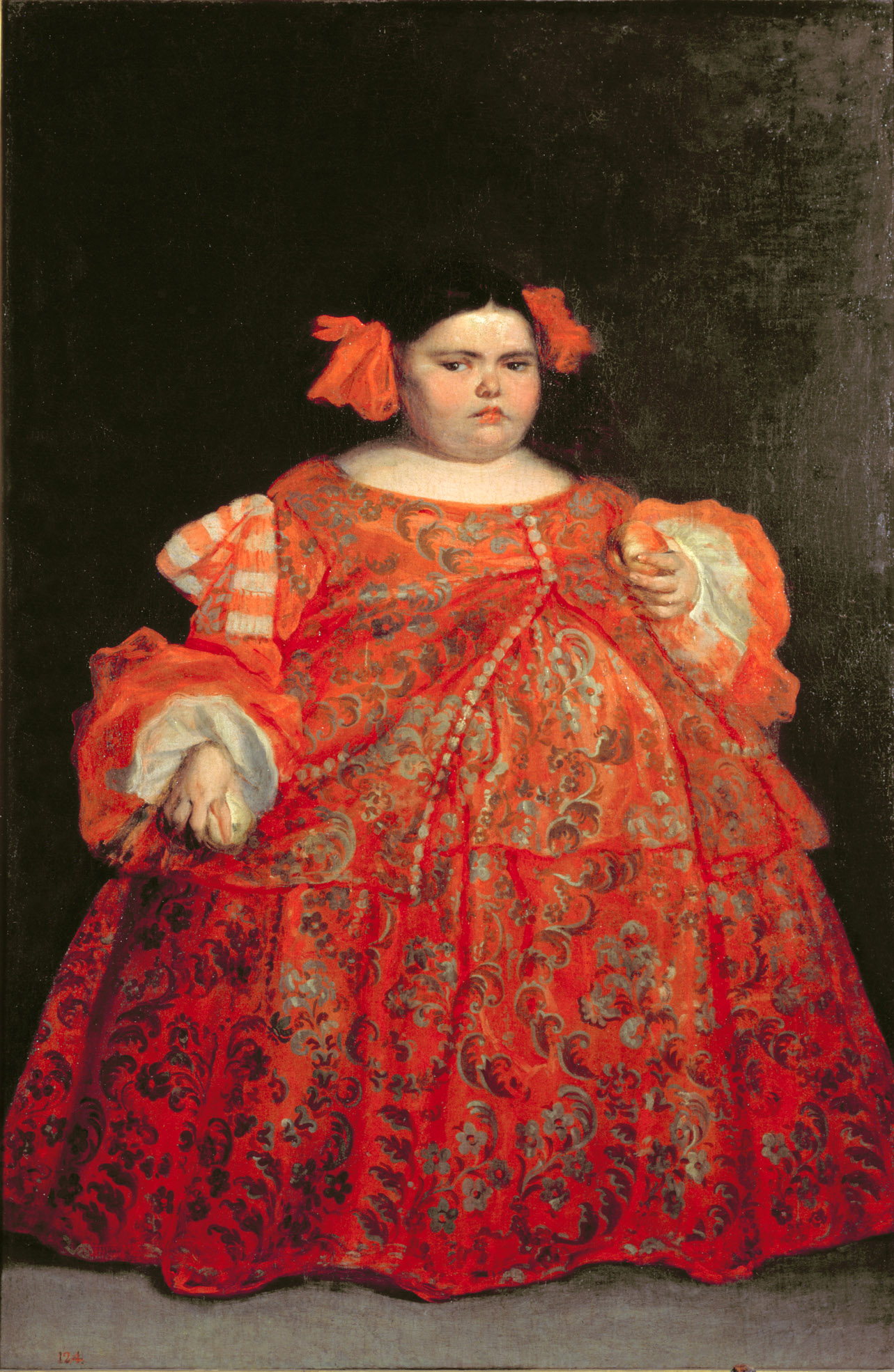 The others were showing off in front of the girls and spiking their talk with tidbits of Latin. The servant girl seemed to like all three; they would sidle up to her with their awkward little caresses, a timid kiss at most. They seemed to know exactly how much was permitted. And since the whole conversation had to be held in whispers, there was something rather silly about the scene, but Goldmund did not see it that way. He crouched on the floor and stared into the flickering flame of the lamp, not saying a word. Occasionally a slightly eager side glance would catch one of the caresses the others were exchanging. Stiffly he stared straight ahead again. More than anything else he would have liked to look at the younger girl with the braids, at no one but her, but that especially he forbade himself. And every time his will slackened and his eyes strayed to the sweet quiet face of the girl, he found her dark eyes riveted on his face, staring at him as though she were spellbound.

An hour may have passed—never had Goldmund lived through a longer hour. The students had exhausted their conversation and caresses; they sat in embarrassed silence; Eberhard began to yawn. The servant girl said it was time to leave. They stood up, shook her hand—Goldmund last. Then they shook hands with the younger girl—Goldmund last. Konrad was first to climb out through the window, followed by Eberhard and Adolf. As Goldmund was climbing out, he felt a hand hold him back by a shoulder. He could not stop; once outside on the ground he slowly turned his head. The younger girl with the braids was leaning out of the window.

“Goldmund,” she whispered. He stood and waited. “Are you coming back?” she asked. Her timid voice was no more than a breath.

Goldmund shook his head. She reached out with both hands, seized his head; her small hands felt warm on his temples. She bent far down, until her dark eyes were close before his.

“Do come back!” she whispered, and her mouth touched his in a child’s kiss.

Quickly he ran through the small garden, toppled across the flower beds, smelled wet earth and dung. A rose bush tore his hand. He climbed over the fence and trotted after the others out of the village toward the forest. “Never again!” commanded his will. “Again! Tomorrow!” begged his heart.

CAUTION: Users are warned that this work is protected under copyright laws and downloading is strictly prohibited. The right to reproduce or transfer the work via any medium must be secured with Farrar, Straus and Giroux, LLC.

From Narcissus and Goldmund. Hesse as a child studied the objects in his grandfather’s cabinet of curiosities—“a little dancing Hindu idol,” for example—and noted that “they so filled me with age-old Eastern images and ideas that later, whenever I met a Hindu or Chinese sage, it was like a reunion, a homecoming.” Running away from the Maulbronn seminary and attempting suicide upon his forced return, Hesse turned fifteen while in an insane asylum in 1892. He published his first major work, Peter Camenzind, in 1904 and received the Nobel Prize for Literature in 1946.