It didn’t dawn on me that there might be a few holes in my education until I was about thirty-five. I’d just bought a house, the pipes needed fixing, and the plumber was standing in my kitchen. There he was—a short, beefy guy with a goatee and a Red Sox cap and a thick Boston accent—and I suddenly learned that I didn’t have the slightest idea what to say to someone like him. So alien was his experience to me, so unguessable his values, so mysterious his very language, that I couldn’t succeed in engaging him in a few minutes of small talk before he got down to work. Fourteen years of higher education and a handful of Ivy League degrees, and there I was, stiff and stupid, struck dumb by my own dumbness. “Ivy retardation,” a friend of mine calls this. I could carry on conversations with people from other countries, in other languages, but I couldn’t talk to the man who was standing in my own house.

It’s not surprising that it took me so long to discover the extent of my miseducation, because the last thing an elite education will teach you is its own inadequacy. As two dozen years at Yale and Columbia have shown me, elite colleges relentlessly encourage their students to flatter themselves for being there, and for what being there can do for them. The advantages of an elite education are indeed undeniable. You learn to think, at least in certain ways, and you make the contacts needed to launch yourself into a life rich in all of society’s most cherished rewards. To consider that while some opportunities are being created, others are being canceled and that while some abilities are being developed, others are being crippled, is, within this context, not only outrageous, but inconceivable.

The first disadvantage of an elite education, as I learned in my kitchen that day, is that it makes you incapable of talking to people who aren’t like you. Elite schools pride themselves on their diversity, but that diversity is almost entirely a matter of ethnicity and race. With respect to class, these schools are largely—indeed increasingly—homogeneous. Visit any elite campus in our great nation and you can thrill to the heartwarming spectacle of the children of white businesspeople and professionals studying and playing alongside the children of black, Asian, and Latino businesspeople and professionals. At the same time, because these schools tend to cultivate liberal attitudes, they leave their students in the paradoxical position of wanting to advocate on behalf of the working class while being unable to hold a simple conversation with anyone in it. Witness the last two Democratic presidential nominees, Al Gore and John Kerry: one each from Harvard and Yale, both earnest, decent, intelligent men, both utterly incapable of communicating with the larger electorate.

But it isn’t just a matter of class. My education taught me to believe that people who didn’t go to an Ivy League or equivalent school weren’t worth talking to, regardless of their class. I was given the unmistakable message that such people were beneath me. We were “the best and the brightest,” as these places love to say, and everyone else was, well, something else: less good, less bright. I learned to give that little nod of understanding, that slightly sympathetic “oh,” when people told me they went to a less prestigious college. (If I’d gone to Harvard, I would have learned to say “in Boston” when I was asked where I went to school—the Cambridge version of noblesse oblige.) I never learned that there are smart people who don’t go to elite colleges, often precisely for reasons of class. I never learned that there are smart people who don’t go to college at all. Elite institutions are supposed to provide a humanistic education, but the first principle of humanism is Terence’s: “Nothing human is alien to me.” The first disadvantage of an elite education is how very much of the human it alienates you from.

What harm is there in getting knowledge and learning, were it from a sot, a pot, a fool, a winter mitten, or an old slipper?

The second disadvantage, implicit in what I’ve been saying, is that an elite education inculcates a false sense of self-worth. There is nothing wrong with taking pride in one’s intellect or knowledge. There is something wrong with the smugness and self-congratulation that elite schools connive at from the moment the fat envelopes come in the mail. From orientation to graduation, the message is implicit in every tone of voice and tilt of the head, every old-school tradition, every article in the student paper, every speech from the dean. The message is: you have arrived. Welcome to the club. And the corollary is equally clear: you deserve everything your presence here is going to enable you to get. When people say that students at elite schools have a strong sense of entitlement, they mean that those students think they deserve more than other people because their SAT scores are higher.

One of the great errors of an elite education, then, is that it teaches you to think that measures of intelligence and academic achievement are measures of value in some moral or metaphysical sense. But they’re not. Graduates of elite schools are not more valuable than stupid people, or talentless people, or even lazy people. Their pain does not hurt more. Their souls do not weigh more. If I were religious, I would say, God does not love them more.

The elite like to think of themselves as belonging to a meritocracy, but that’s true only up to a point. Getting through the gate is very difficult, but once you’re in, there’s almost nothing you can do to get kicked out. Not the most abject academic failure, not the most heinous act of plagiarism, not even threatening a fellow student with bodily harm—I’ve heard of all three—will get you expelled. The feeling is that, by gosh, it just wouldn’t be fair—in other words, the self-protectiveness of the old-boy network, even if it now includes girls. Elite schools nurture excellence, but they also nurture what a former Yale graduate student I know calls “entitled mediocrity.” A is the mark of excellence; A− is the mark of entitled mediocrity. It’s another one of those metaphors, not so much a grade as a promise. It means, “Don’t worry, we’ll take care of you. You may not be all that good, but you’re good enough.”

Here, too, college reflects the way things work in the adult world (unless it’s the other way around). For the elite, there’s always another extension—a bailout, a pardon, a stint in rehab—always plenty of contacts and special stipends—the country club, the conference, the year-end bonus, the dividend. If Al Gore and John Kerry represent one of the characteristic products of an elite education, George W. Bush represents another. It’s no coincidence that our current president, the apotheosis of entitled mediocrity, went to Yale. Entitled mediocrity is indeed the operating principle of his administration, but as Enron and WorldCom and the other scandals of the dot-com meltdown demonstrated, it’s also the operating principle of corporate America. The fat salaries paid to underperforming CEOs are an adult version of the A−. Anyone who remembers the injured sanctimony with which Kenneth Lay greeted the notion that he should be held accountable for his actions will understand the mentality in question—the belief that once you’re in the club, you’ve got a God-given right to stay in the club. But you don’t need to remember Ken Lay, because the whole dynamic played out again last year in the case of Scooter Libby, another Yale man.

Being an intellectual is not the same as being smart. Being an intellectual means more than doing your homework. If so few kids come to college understanding this, it is no wonder. They are products of a system that rarely asked them to think about something bigger than the next assignment. The system forgot to teach them, along the way to the prestige admissions and the lucrative jobs, that the most important achievements can’t be measured by a letter or a number or a name. It forgot that the true purpose of education is to make minds, not careers.

Being an intellectual means, first of all, being passionate about ideas—and not just for the duration of a semester, for the sake of pleasing the teacher, or for getting a good grade. A friend who teaches at the University of Connecticut once complained to me that his students don’t think for themselves. Well, I said, Yale students think for themselves, but only because they know we want them to. I’ve had many wonderful students at Yale and Columbia, bright, thoughtful, creative kids whom it’s been a pleasure to talk with and learn from. But most of them have seemed content to color within the lines that their education had marked out for them. Only a small minority have seen their education as part of a larger intellectual journey, have approached the work of the mind with a pilgrim soul. These few have tended to feel like freaks, not least because they get so little support from the university itself. Places like Yale, as one of them put it to me, are not conducive to searchers. 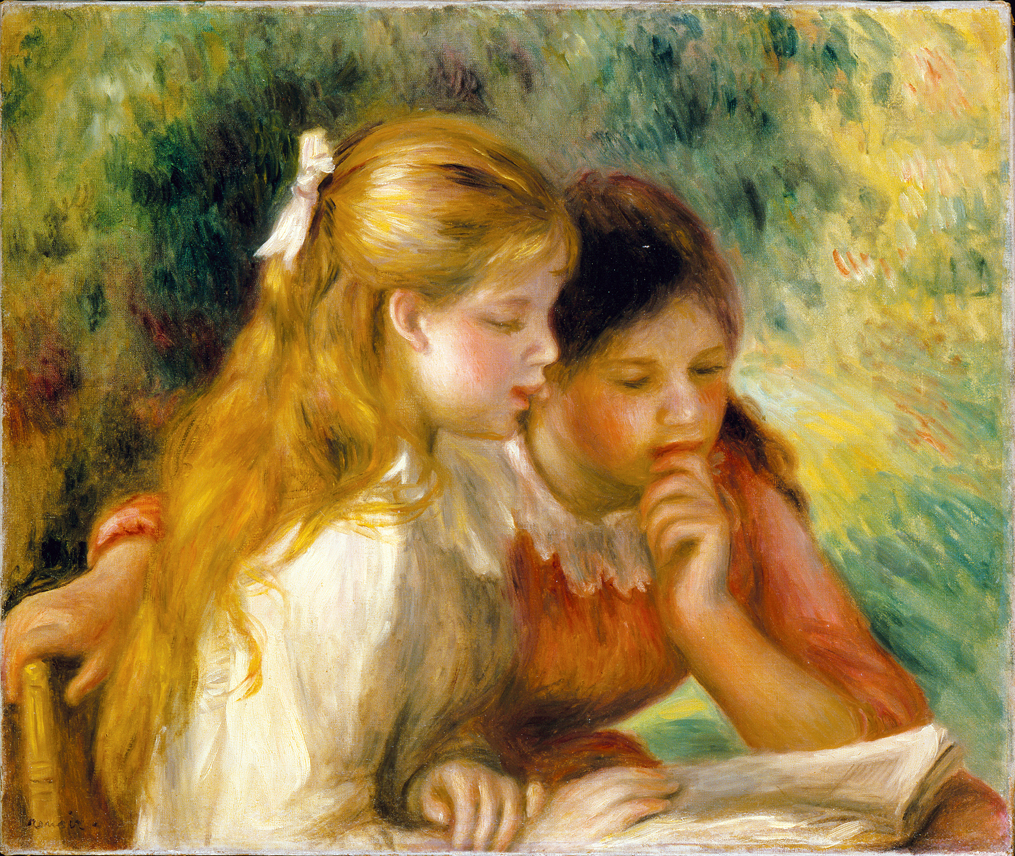 When elite universities boast that they teach their students how to think, they mean that they teach them the analytic and rhetorical skills necessary for success in law or medicine or science or business. But a humanistic education is supposed to mean something more than that, as universities still dimly feel. So when students get to college, they hear a couple of speeches telling them to ask the big questions, and when they graduate, they hear a couple more speeches telling them to ask the big questions. And in between, they spend four years taking courses that train them to ask the little questions—specialized courses, taught by specialized professors, aimed at specialized students. Although the notion of breadth is implicit in the very idea of a liberal arts education, the admissions process increasingly selects for kids who have already begun to think of themselves in specialized terms—the junior journalist, the budding astronomer, the language prodigy. We are slouching, even at elite schools, toward a glorified form of vocational training.

The liberal arts university is becoming the corporate university, its center of gravity shifting to technical fields where scholarly expertise can be parlayed into lucrative business opportunities.

Being an intellectual means thinking your way toward a vision of the good society and then trying to realize that vision by speaking truth to power. It means going into spiritual exile. It means forswearing your allegiance, in lonely freedom, to God, to country, and to Yale. It takes more than just intellect; it takes imagination and courage.

From “The Disadvantages of an Elite Education,” published in the Summer 2008 edition of The American Scholar. The author of Jane Austen and the Romantic Poets, Deresiewicz taught English at Yale University from 1998 to 2008.