To Marx, free trade is the normal condition of modern capitalistic production. Only under free trade can the immense productive powers of steam, of electricity, of machinery, be fully developed.

The quicker the pace of this development, the sooner and the more fully will be realized its inevitable results: society splits up into two classes, capitalists here, wage laborers there; hereditary wealth on one side, hereditary poverty on the other; supply outstripping demand, the markets being unable to absorb the ever-growing mass of the productions of industry; an ever-recurring cycle of prosperity, glut, crisis, panic, chronic depression, and gradual revival of trade, the harbinger not of permanent improvement but of renewed overproduction and crisis; in short, productive forces expanding to such a degree that they rebel, as against unbearable fetters, against the social institutions under which they are put in motion. The only possible solution: a social revolution, freeing the social productive forces from the fetters of an antiquated social order, and the actual producers—the great mass of the people—from wage slavery. And because free trade is the natural, normal atmosphere for this historical evolution, the economic medium in which conditions for the inevitable social revolution will be the soonest created—for this reason, and for this alone, did Marx declare in favor of free trade.

Anyhow, the years immediately following the victory of free trade over mercantilism in England seemed to verify the most extravagant expectations of prosperity founded upon that event. British commerce rose to a fabulous amount; the industrial monopoly of England on the market of the world seemed more firmly established than ever; new ironworks, new textile factories arose by wholesale; new branches of industry grew up on every side. There was, indeed, a severe crisis in 1857, but that was overcome, and the onward movement in trade and manufactures soon was in full swing again, until in 1866 a fresh panic occurred, a panic, this time, which seems to mark a new departure in the economic history of the world.

The unparalleled expansion of British manufactures and commerce between 1848 and 1866 was no doubt due, to a great extent, to the removal of the protective duties on food and raw materials. But not entirely. Other important changes took place simultaneously and helped it on. The above years comprise the discovery and working of the Californian and Australian goldfields that increased so immensely the circulating medium of the world; they mark the final victory of steam over all other means of transport; on the ocean, steamers now superseded sailing vessels; on land, in all civilized countries, the railroad took the first place, the macadamized road the second; transport now became four times quicker and four times cheaper. No wonder that under such favorable circumstances, British manufactures worked by steam should extend their sway at the expense of foreign domestic industries based upon manual labor. But were the other countries to sit still and to submit in humility to this change, which degraded them to be mere agricultural appendages of England, the “workshop of the world”? 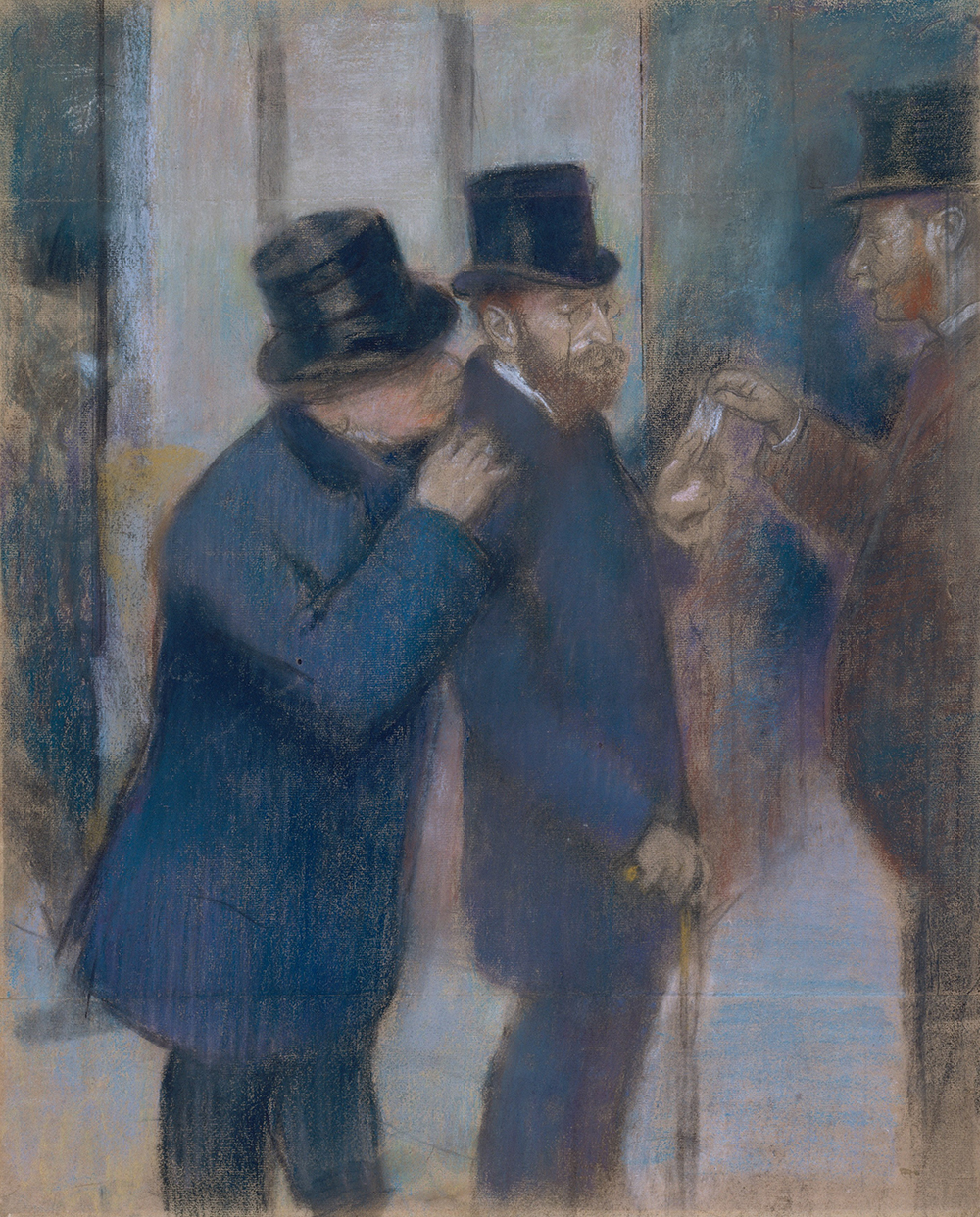 The foreign countries did nothing of the kind. France, for nearly two hundred years, had screened her manufactures behind a perfect Chinese wall of protection and prohibition and had attained in all articles of luxury and of taste a supremacy which England did not even pretend to dispute. Switzerland, under perfect free trade, possessed relatively important manufactures which English competition could not touch. Germany, with a tariff far more liberal than that of any other large continental country, was developing its manufactures at a rate relatively more rapid than even England. And America was, by the civil war of 1861, all at once thrown upon her own resources, had to find means how to meet a sudden demand for manufactured goods of all sorts, and could only do so by creating manufactures of her own at home. The war demand ceased with the war; but the new manufactures were there and had to meet British competition. And the war had ripened in America the insight that a nation of 35 millions, doubling its numbers in forty years at most, with such immense resources, and surrounded by neighbors that must be for years to come chiefly agriculturalists, that such a nation had the “manifest destiny” to be independent of foreign manufactures for its chief articles of consumption, and to be so in time of peace as well as in time of war. And then America turned protectionist.

Protection, being a means of artificially manufacturing manufacturers, may appear useful not only to an incompletely developed capitalist class still struggling with feudalism; it may also give a life to the rising capitalist class of a country which, like America, has never known feudalism, but which has arrived at that stage of development where the passage from agriculture to manufactures becomes a necessity. America, placed in that situation, decided in favor of protection. Since that decision was carried out, protection ought to have done its task for America, and ought to be now becoming a nuisance.

Protection is at best an endless screw, and you never know when you have done with it. By protecting one industry, you directly or indirectly hurt all others and have therefore to protect them, too. By so doing you again damage the industry that you first protected and have to compensate it. But this compensation reacts, as before, on all other trades, and entitles them to redress, and so on in infinitum. America, in this respect, offers us a striking example of the best way to kill an important industry by protection. In 1856 the total imports and exports by sea of the United States amounted to $641,604,850. Of this amount, 75.2 percent were carried in American vessels, and only 24.8 percent in foreign vessels. British ocean steamers were already then encroaching upon American sailing vessels; yet in 1860, of a total seagoing trade of $762,288,550, American vessels still carried 66.5 percent.

But the worst of protection is that when you once have got it, you cannot easily get rid of it. Difficult as is the process of adjustment of an equitable tariff, the return to free trade is immensely more difficult. The circumstances which permitted England to accomplish the change in a few years will not occur again. Protection to the silk manufacture (the only one which had still to fear foreign competition) was prolonged for a series of years and then granted in another positively infamous form; while the other textile industries were subjected to the Factory Act, which limited the hours of labor of women, young persons, and children, the silk trade was favored with considerable exceptions to the general rule, enabling them to work younger children, and to work the children and young persons longer hours than the other textile trades. The monopoly that the hypocritical free traders repealed with regard to the foreign competitors, that monopoly they created anew at the expense of the health and lives of English children.

There is no blindness more insidious, more fatal, than this race for profit.

But no country will again be able to pass from protection to free trade at a time when all, or nearly all, branches of its manufactures can defy foreign competition in the open market. The necessity of the change will come long before such a happy state may be even hoped for. That necessity will make itself evident in different trades at different times; and from the conflicting interests of these trades, the most edifying squabbles, lobby intrigues, and parliamentary conspiracies will arise. The machinist, engineer, and shipbuilder may find that the protection granted to the ironmaster raises the price of his goods so much that his export trade is thereby, and thereby alone, prevented. The cotton-cloth manufacturer might see his way to driving English cloth out of the Chinese and Indian markets, but for the high price he has to pay for the yarn, on account of protection to spinners, and so forth. The moment a branch of national industry has completely conquered the home market, that moment exportation becomes a necessity to it. Under capitalistic conditions, an industry either expands or wanes. A trade cannot remain stationary; stoppage of expansion is incipient ruin; the progress of mechanical and chemical invention, by constantly superseding human labor, and ever more rapidly increasing and concentrating capital, creates in every stagnant industry a glut both of workers and of capital, a glut which finds no vent everywhere, because the same process is taking place in all other industries.

Thus the passage from a home to an export trade becomes a question of life and death for the industries concerned; but they are met by the established rights, the vested interests of others who as yet find protection either safer or more profitable than free trade. Then ensues a long and obstinate fight between free traders and protectionists; a fight where on both sides the leadership soon passes out of the hands of the people directly interested into those of professional politicians, the wire-pullers of the traditional political parties, whose interest is not a settlement of the question but its being kept open forever; and the result of an immense loss of time, energy, and money is a series of compromises, favoring now one, now the other side, and drifting slowly though not majestically in the direction of free trade—unless protection manages, in the meantime, to make itself utterly insupportable to the nation, which is just now likely to be the case in America.

From his preface to “On the Question of Free Trade.” In 1842, at twenty-two years of age, Engels was sent by his father to Manchester to help manage the family’s cotton mill. On his way he met Karl Marx in Cologne. In 1847 a Free Trade Congress was held in Brussels. Marx intended to give remarks, but the congress was adjourned before he was allowed to speak. He delivered his remarks instead to a democratic association of which he was a vice president; they were later published in a pamphlet with this preface from Engels.