In the city of Zoon, in the kingdom of Alatta, Karnith Zo took the iron crown and went down to the plains that encircle Zoon and found his three strong armies clamoring to be led against the kingdom of Zeenar, over the river Eidis.

But the new king pondered long upon war. As he pondered, he saw the smoke arising tall and straight over small houses in the plain and the fields where the sheep fed. Westward the Agnid mountains frowned in the distance guarding the river Eidis; behind them the fierce people of Zeenar lived in a bleak land.

Later the king, going abroad through his new kingdom, came on the temple of the gods of old. There he found the roof shattered and the marble columns broken and tall weeds met together in the inner shrine, and the gods of old, bereft of worship or sacrifice, neglected and forgotten. And the king asked of his councilors who it was that had caused the gods themselves to be thus forsaken. And they answered him, “Time has done this.”

Next the king came upon a man bent and crippled, whose face was furrowed and worn, and the king, having seen no such sight within the court of his father, said to the man, “Who hath done this thing to you?”

And the old man answered, “Time hath ruthlessly done it.”

The king and his councilors went on, and next they came upon a body of men carrying among them a hearse. And the king asked his councilors closely concerning death. And the oldest of the councilors answered, “Death, O King, is a gift sent by the gods by the hand of their servant Time, and some receive it gladly, and some are forced reluctantly to take it, and before others it is suddenly flung in the middle of the day. And with this gift that Time hath brought him from the gods, a man must go forth into the dark to possess no other thing for so long as the gods are willing.”

Time, when it is left to itself and no definite demands are made on it, cannot be trusted to move at any recognized pace. Usually it loiters, but just when one has come to count upon its slowness, it may suddenly break into a wild irrational gallop.

The king went back to his palace and gathered the greatest of his prophets and his councilors and asked them more particularly concerning Time. And they told the king how Time was a great figure standing like a tall shadow in the dusk or striding, unseen, across the world, and how he was the slave of the gods and did their bidding but ever chose new masters, and how all the former masters of Time were dead and their shrines forgotten. And one said, “I have seen him once when I went down to play again in the garden of my childhood because of certain memories. And it was toward evening and the light was pale, and I saw Time standing over the little gate, pale like the light, and he stood between me and that garden and had stolen my memories of it because he was mightier than I.”

And another said, “He went one day into the desert and brought up life out of the waste places, and made it cry bitterly and covered it with the desert again.”

And all the while from the distance at the city’s edge rose a hum from the three armies of the king clamoring to be led against Zeenar. Thereat the king went down to his three armies and speaking to their chiefs said, “I will not go down clad with murder to be king over other lands. I will not desolate homes to rule over an orphaned land and a land widowed. But I will lead you against the pledged enemy of Alatta who shall crumble the towers of Zoon and hath gone far to overthrow our gods. He is a foe mightier than Zeenar with frontiers stronger than the Eidis; he leers at all the peoples of the earth and mocks their gods and covets their cities. Therefore we will go forth and conquer Time and save the gods of Alatta from his clutch, and coming back victorious shall find that death is gone and age and illness departed, and here we shall live forever by the golden eaves of Zoon.”

And the armies swore that they would follow the king to save the world and the gods.

So the next day the king set forth with his three armies and crossed many rivers and marched through many lands, and wherever they went they asked for news of Time.

Day after day and month by month the king pushed on with his armies, hoping to come at last on Time. Sometimes they encamped at night near palaces of beautiful design or beside gardens of flowers, hoping to find their enemy when he came to desecrate in the dark. Sometimes they came on cobwebs, sometimes on rusted chains and houses with broken roofs or crumbling walls. Then the armies would push on apace thinking that they were closer upon the track of Time.

As the weeks passed by and weeks grew to months, and always they heard reports and rumors of Time, but never found him, the armies grew weary of the great march, but the king pushed on and would let none turn back, saying always that the enemy was near at hand.

Month in, month out, the king led on his now unwilling armies, till at last they had marched for close upon a year. They came at last over a crest of a slope where the whole earth slanted green to the north. Below it lay green fields and beyond them moaned the sea. Among the green fields lay a village, and on this village the eyes of the king and his armies were turned as they came down the slope. It lay beneath them, grave with seared antiquity, with old-world gables stained and bent by the lapse of frequent years, with all its chimneys awry. On rusted hinges the doors swung to and fro and were fashioned of planks of immemorial oak with black knots gaping from their sockets. Tall and straight out of the twisted chimneys arose blue columns of smoke, and blades of grass peeped upward between the huge cobbles of the unmolested street. Between the gardens and the cobbled street stood hedges higher than a horseman might look, of stalwart thorn. Before each house there was cut a gap in the hedge, and in it swung a wicket gate of timber soft with the rain and years, and green like the moss. Over all of it there brooded age and the full hush of things bygone and forgotten. The king made his armies halt, and went down alone with one of his chiefs into the village.

Presently there was a stir in one of the houses, and a bat flew out of the door into the daylight, and three mice came running out of the doorway down the step, an old stone cracked in two and held together by moss; and there followed an old man bending on a stick with a white beard coming to the ground, wearing clothes that were glossed with use, and presently there came others out of the other houses, all of them as old, and all hobbling on sticks. These were the oldest people that the king had ever beheld, and he asked them the name of the village and who they were; one of them answered, “This is the City of the Aged in the Territory of Time.”

And the king said, “Is Time then here?”

And one of the old men pointed to a great castle standing on a steep hill and said, “Therein dwells Time, and we are his people”; and they all looked curiously at King Karnith Zo, and the eldest of the villagers spoke again and said,

“Whence do you come, you that are so young?” And Karnith Zo told him how he had come to conquer Time to save the world and the gods, and asked them whence they came.

And the villagers said, “We are older than always, and know not whence we came, but we are the people of Time, and here from the Edge of Everything he sends out his hours to assail the world, and you may never conquer Time.” But the king went back to his armies and pointed toward the castle on the hill and told them that at last they had found the enemy of the earth; and they who were older than always went back slowly into their houses with the creaking of olden doors. And the king and his armies went across the fields and passed the village. From one of his towers Time eyed them all the while, and in battle order they closed in on the steep hill.

But as the feet of the foremost touched the edge of the hill, Time hurled five years against them, and the years passed over their heads and the army still came on, an army of older men. But the slope seemed steeper to the king and to every man in his army, and they breathed more heavily. And Time summoned up more years, and one by one he hurled them at Karnith Zo and at all his men. And the knees of the army stiffened, and their beards grew and turned gray, and the conquering hours bore down, and the years rushed on and swept the youth of that army clear away till they came face to face under the walls of the castle of Time with a mass of howling years, and found the top of the slope too steep for aged men. Slowly and painfully, harassed with agues and chills, the king rallied his aged army that tottered down the slope.

Slowly the king led back his warriors over whose heads had shrieked the triumphant years. Year in, year out, they straggled southward, always toward Zoon. They passed again by towns and villages where once they had inquired curiously concerning Time, and none knew them there. They came again to the palaces and gardens where they had waited for Time in the night, and found that Time had been there. And all the while they set a hope before them that they should come on Zoon again and see its golden eaves. And no one knew that unperceived behind them there lurked and followed the gaunt figure of Time cutting off stragglers one by one and overwhelming them with his hours, only men were missed from the army every day, and fewer and fewer grew the veterans of Karnith Zo. 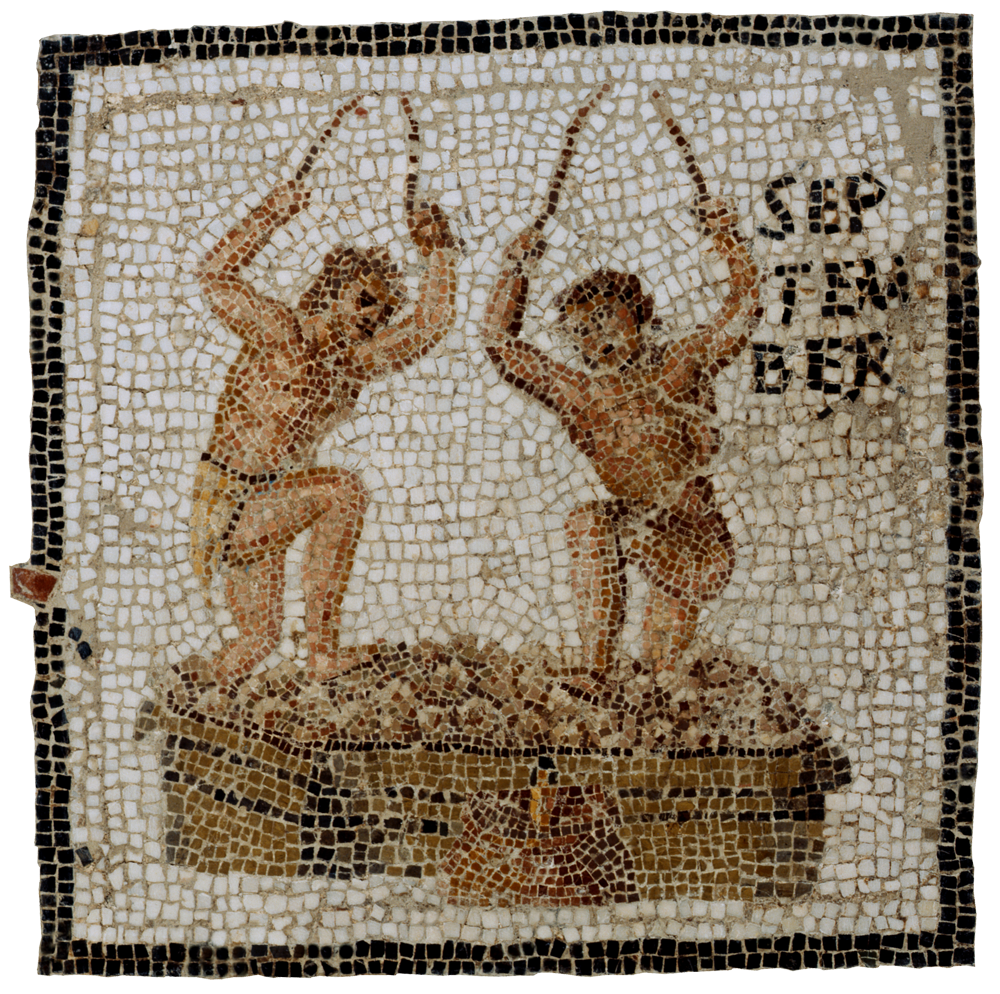 But at last after many a month, one night as they marched in the dusk before the morning, dawn suddenly ascending shone on the eaves of Zoon.

But drawing nearer they found that the gates were rusted and weeds grew tall along the outer walls, many a roof had fallen, gables were blackened and bent, and the golden eaves shone not as heretofore. And the soldiers entering the city expecting to find their sisters and sweethearts of a few years ago saw only old women wrinkled with great age and knew not who they were.

Suddenly someone said, “He has been here too.”

From “In the Land of Time.” Edward John Moreton Drax Plunkett became the eighteenth baron of Dunsany upon his father’s death in 1899, and six years later the Anglo-Irish writer published his first collection of fantastical stories, The Gods of Pegāna. After some of his plays were performed at the Abbey Theatre, which W.B. Yeats had helped to found, Dunsany served in France during World War I and sustained a wound during the Easter Uprising of 1916. His only science-fiction novel, The Last Revolution, was published in 1951.