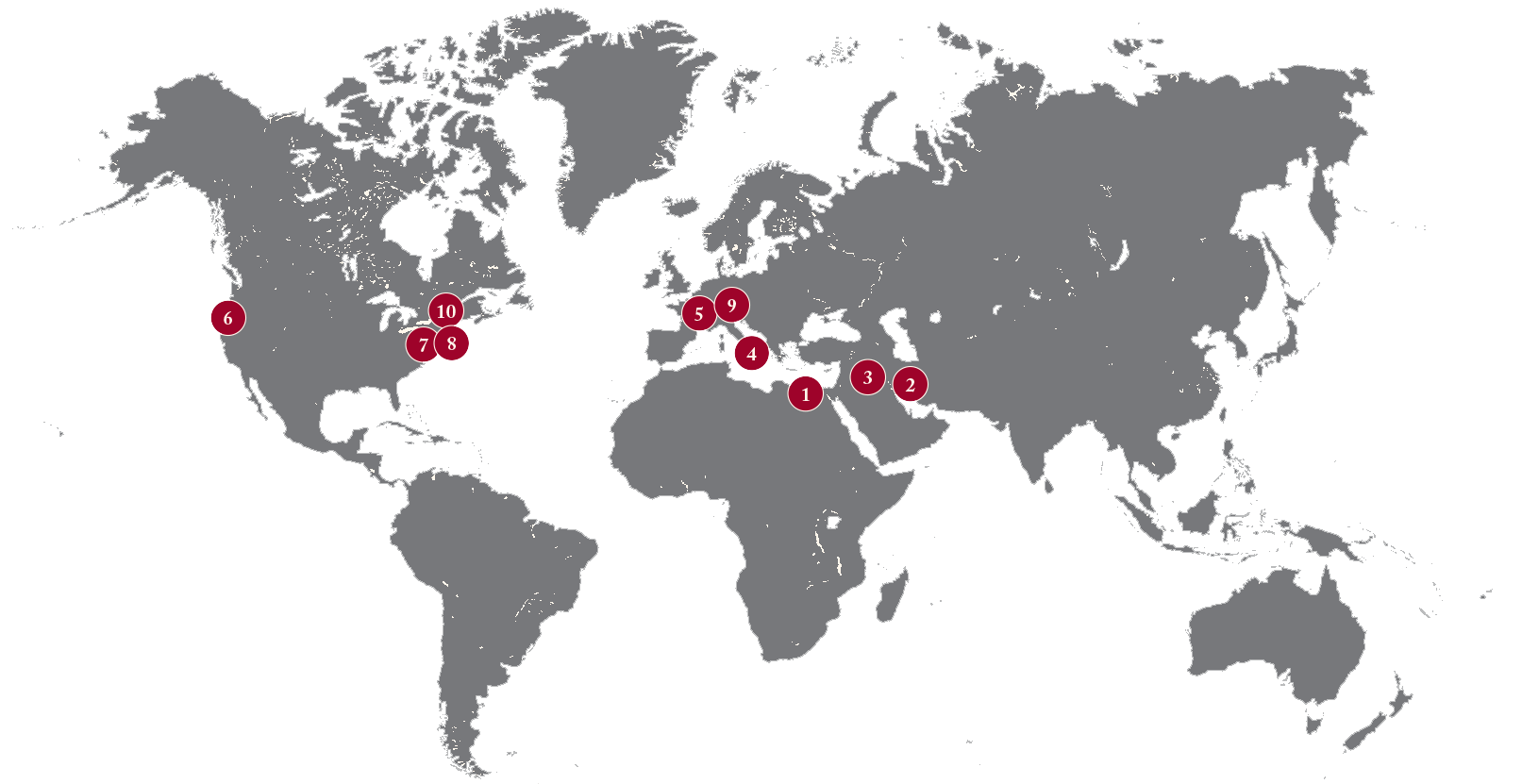 As inheritor of Alexander the Great’s Egyptian conquests, Ptolemy I establishes an “institution of the Muses” around 295 bc. Among the center’s luminaries are Hero of Alexandria, who builds and improves oil presses and hydraulics; Eratosthenes, who calculates the earth’s circumference; and the engineer Archimedes.

The center of science and medicine established in 271 bc by Sassanian king Shapur I holds the world’s first medical symposium in 550. The last known head of the academy hospital dies in 869, by which time the region’s intellectual center of activity has moved to Baghdad.

Around 830 the caliph al-Ma’mun funds the House of Wisdom (Bayt al-Hikmah) to encourage research and technical inquiry by Muslim scholars. Its first head is the mathematician al-Khwarizmi, who invents algebra. When Mongols sack Baghdad in 1258, the library’s books are thrown into the Tigris.

Though Murano had been Venice’s glassmaking district since 1291, Angelo Barovier’s invention of clear cristallo glass turns the tiny island into the main producer of European mirrors in the fifteenth century. By 1500 twenty-four glasshouses operate there.

Established in 1829, the school produces three thousand engineers from 1832 to 1870. In 1862 it begins awarding graduate diplomas in engineering, with the academic title ingénieur des arts et manufactures. Graduates include Gustave Eiffel, André Michelin, and Armand Peugeot.

Stanford University opens in Palo Alto in 1891. Forty-eight years later, graduates Bill Hewlett and David Packard start their electronics company in a garage at 367 Addison Avenue. Once home to eight million fruit trees, the region now has the world’s third-highest GDP per capita.

After buying thirty-four acres in rural New Jersey in 1875, Thomas Edison implements principles of mass production at his “invention factory,” which applies for a total of four hundred patents for products including the telephone, phonograph, and incandescent lightbulb before the enterprise moves to a larger space in West Orange, New Jersey, in 1887.

The research operation for AT&T and Western Electric, the labs are established in 1925 and serve as the setting for the first transmission of long-distance television images (1927) and the inventions of radio astronomy (1931), the vocoder (1937), and the modern solar cell (1954). In the 1960s the labs move to New Jersey, where they continue to operate as Nokia Bell Labs.

Resolving to slow the postwar emigration of European physicists to the United States, twelve founding member states pool resources in 1954 to study the basic constituents of matter. The organization develops the World Wide Web in 1989 and builds the Large Hadron Collider, the world’s most powerful particle accelerator, in 2008.

Built in the 1950s to replace a network of local roads, metro Boston’s inner beltway becomes a center of electronics innovation during the so-called Massachusetts Miracle of the 1980s. Polaroid, Raytheon, and Apollo Computer employ thousands in the region.