Dorian Gray stepped up on the dais to sit for his portrait with the air of a young Greek martyr, and made a little moue of discontent to Lord Henry, to whom he had rather taken a fancy. Lord Henry was so unlike his artist friend Basil. They made a delightful contrast. And he had such a beautiful voice. After a few moments he said to him, “Have you really a very bad influence, Lord Henry? As bad as Basil says?”

“There is no such thing as a good influence, Mr. Gray. All influence is immoral—immoral from the scientific point of view.”

“Because to influence a person is to give him one’s own soul. He does not think his natural thoughts, or burn with his natural passions. His virtues are not real to him. His sins, if there are such things as sins, are borrowed. He becomes an echo of someone else’s music, an actor of a part that has not been written for him. The aim of life is self-development. To realize one’s nature perfectly—that is what each of us is here for. People are afraid of themselves nowadays. They have forgotten the highest of all duties, the duty that one owes to oneself. Of course they are charitable. They feed the hungry, and clothe the beggar. But their own souls starve and are naked. Courage has gone out of our race. Perhaps we never really had it. The terror of society, which is the basis of morals, the terror of God, which is the secret of religion—these are the two things that govern us. And yet—”

“Just turn your head a little more to the right, Dorian, like a good boy,” said Basil, deep in his work, and conscious only that a look had come into the lad’s face that he had never seen there before. 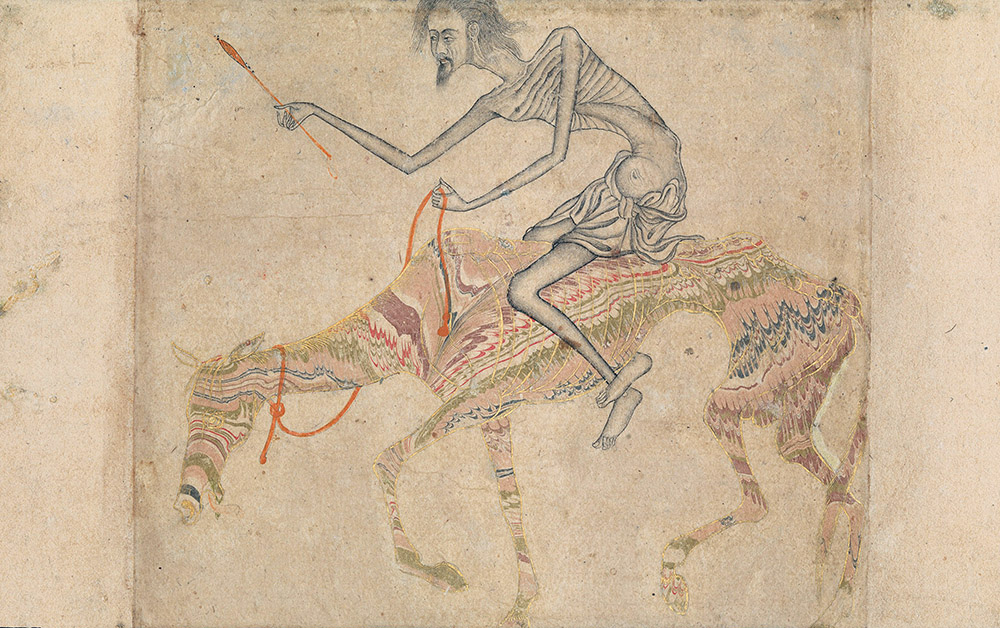 “And yet,” continued Lord Henry, in his low, musical voice, and with that graceful wave of the hand that was always so characteristic of him, and that he had even in his Eton days, “I believe that if one man were to live out his life fully and completely, were to give form to every feeling, expression to every thought, reality to every dream—I believe that the world would gain such a fresh impulse of joy that we would forget all the maladies of medievalism, and return to the Hellenic ideal—to something finer, richer than the Hellenic ideal, it may be. But the bravest man among us is afraid of himself. The mutilation of the savage has its tragic survival in the self-denial that mars our lives. We are punished for our refusals. Every impulse that we strive to strangle broods in the mind and poisons us. The body sins once and has done with its sin, for action is a mode of purification. Nothing remains then but the recollection of a pleasure, or the luxury of a regret. The only way to get rid of a temptation is to yield to it. Resist it and your soul grows sick with longing for the things it has forbidden to itself, with desire for what its monstrous laws have made monstrous and unlawful. It has been said that the great events of the world take place in the brain. It is in the brain, and the brain only, that the great sins of the world take place also. You, Mr. Gray, you yourself, with your rose-red youth and your rose-white boyhood, you have had passions that have made you afraid, thoughts that have filled you with terror, daydreams and sleeping dreams whose mere memory might stain your cheek with shame—”

“Stop!” faltered Dorian Gray, “Stop! You bewilder me. I don’t know what to say. There is some answer to you, but I cannot find it. Don’t speak. Let me think. Or, rather, let me try not to think.”

For nearly ten minutes he stood there, motionless, with parted lips, and eyes strangely bright. He was dimly conscious that entirely fresh influences were at work within him. Yet they seemed to him to have come really from himself. The few words that Basil’s friend had said to him—words spoken by chance, no doubt, and with willful paradox in them—had touched some secret chord that had never been touched before, but that he felt was now vibrating and throbbing to curious pulses.

What the brain does by itself is infinitely more fascinating and complex than any response it can make to chemical stimulation.

Music had stirred him like that. Music had troubled him many times. But music was not articulate. It was not a new world but rather another chaos that it created in us. Words! Mere words! How terrible they were! How clear and vivid and cruel! One could not escape from them. And yet what a subtle magic there was in them! They seemed to be able to give a plastic form to formless things, and to have a music of their own as sweet as that of viol or of lute. Mere words! Was there anything so real as words?

Yes; there had been things in his boyhood that he had not understood. He understood them now. Life suddenly became fiery colored to him. It seemed to him that he had been walking in fire. Why had he not known it?

With his subtle smile, Lord Henry watched him. He knew the precise psychological moment when to say nothing. He felt intensely interested. He was amazed at the sudden impression that his words had produced, and remembering a book that he had read when he was sixteen, a book which had revealed to him much that he had not known before, he wondered whether Dorian Gray was passing through a similar experience. He had merely shot an arrow into the air. Had it hit the mark? How fascinating the lad was!

From The Picture of Dorian Gray. After Wilde’s novel was first published in Lippincott’s, London critics derided its “moral and spiritual putrefaction.” Five years later the Marquess of Queensberry called him a “posing sodomite,” and Wilde sued for libel. “I cannot bear fools,” he told the marquess’ lawyer in court, “but your mother did.” His lawsuit went badly, uncovering evidence against him; the government sentenced him to two years’ imprisonment with hard labor. He died soon after, at the age of forty-six.

On the beginnings of our stories—and the history of who owns them. More

John Stuart Mill defends the power of the individual.More