The simplest event that comes under the observation of a crowd is soon totally transformed. A crowd thinks in images, and the image itself immediately calls up a series of other images, having no logical connection with the first.

We can easily conceive this state by thinking of the fantastic succession of ideas to which we are sometimes led by calling up in our minds any fact. Our reason shows us the incoherence there is in these images, but a crowd is almost blind to this truth and confuses with the real event what the deforming action of its imagination has superimposed thereon. A crowd scarcely distinguishes between the subjective and the objective. It accepts as real the images evoked in its mind, though they most often have only a very distant relation with the observed fact.

The first perversion of the truth effected by one of the individuals of the gathering is the starting point of the contagious suggestion. Before Saint George appeared on the walls of Jerusalem to all the Crusaders, he was certainly perceived in the first instance by one of those present. By dint of suggestion and contagion, the miracle signalized by a single person was immediately accepted by all.

Such is always the mechanism of the collective hallucinations so frequent in history, hallucinations that seem to have all the recognized characteristics of authenticity since they are phenomena observed by thousands of people.

To combat what precedes, the mental quality of the individuals composing a crowd must not be brought into consideration. This quality is without importance. From the moment that they form part of a crowd, the learned man and the ignoramus are equally incapable of observation.

Imagination is the secret and marrow of civilization. It is the very eye of faith.

This thesis may seem paradoxical. To demonstrate it beyond doubt, it would be necessary to investigate a great number of historical facts, and several volumes would be insufficient for the purpose.

Still, as I do not wish to leave the reader under the impression of unproved assertions, I shall give him some examples taken at hazard from the immense number of those that might be quoted.

The following fact is one of the most typical, because chosen from among collective hallucinations of which a crowd is the victim, in which are to be found individuals of every kind, from the most ignorant to the most highly educated.

The frigate Belle Poule was cruising in the open sea for the purpose of finding the cruiser Le Berceau, from which she had been separated by a violent storm. It was broad daylight and in full sunshine. Suddenly the watch signaled a disabled vessel; the crew looked in the direction signaled, and everyone, officers and sailors, clearly perceived a raft covered with men towed by boats displaying signals of distress. Yet this was nothing more than a collective hallucination. Admiral Desfosses lowered a boat to go to the rescue of the wrecked sailors. On nearing the object sighted, the sailors and officers on board the boat saw “masses of men in motion, stretching out their hands, and heard the dull and confused noise of a great number of voices.” When the object was reached, those in the boat found themselves simply and solely in the presence of a few branches of trees covered with leaves that had been swept out from the neighboring coast. Before evidence so palpable, the hallucination vanished. 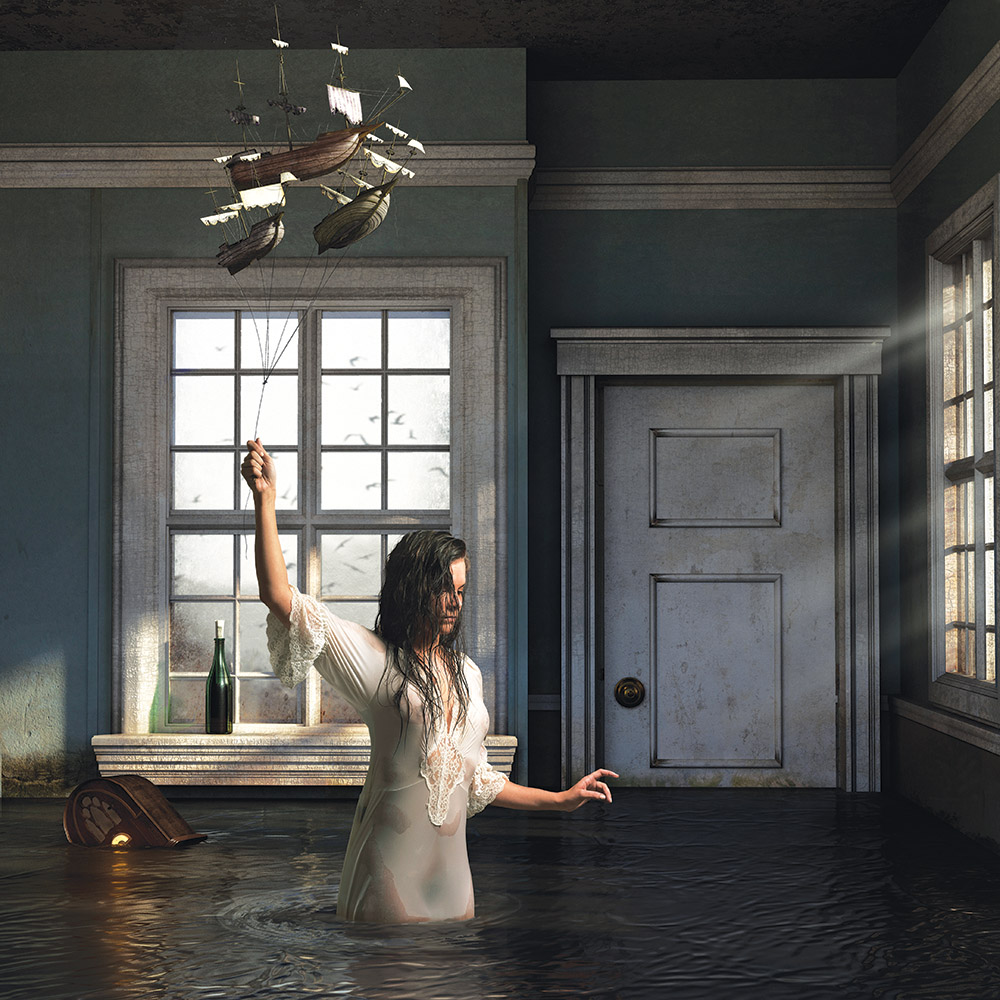 The mechanism of a collective hallucination of the kind we have explained is clearly seen at work in this example. On the one hand we have a crowd in a state of expectant attention, on the other a suggestion made by the watch signaling a disabled vessel at sea, a suggestion that, by a process of contagion, was accepted by all those present, both officers and sailors.

Analogous examples are innumerable. As I write these lines, the papers are full of the story of two little girls found drowned in the Seine. These children, to begin with, were recognized in the most unmistakable manner by half a dozen witnesses. All the affirmations were in such entire concordance that no doubt remained in the mind of the juge d’instruction [judge of inquiry]. He had the certificate of death drawn up, but just as the burial of the children was to have been proceeded with, a mere chance brought about the discovery that the supposed victims were alive and had, moreover, but a remote resemblance to the drowned girls. The affirmation of the first witness, himself a victim of illusion, had sufficed to influence the other witnesses.

The highest possible stage in moral culture is when we recognize that we ought to control our thoughts.

In parallel cases the starting point of the suggestion is always the illusion produced in an individual by more or less vague reminiscences, contagion following as the result of the affirmation of this initial illusion. If the first observer is very impressionable, it will often be sufficient that the corpse he believes he recognizes should present—apart from all real resemblance—some peculiarity, a scar, or some detail of toilet that may evoke the idea of another person. The idea evoked may then become the nucleus of a sort of crystallization that invades the understanding and paralyzes all critical faculty. What the observer then sees is no longer the object itself but the image evoked in his mind. In this way are to be explained erroneous recognitions of the dead bodies of children by their own mother, as occurred in the following case, already old, but which has been recently recalled by the newspapers:

The child was recognized by another child, who was mistaken. The series of unwarranted recognitions then began. An extraordinary thing occurred. The day after a schoolboy had recognized the corpse, a woman exclaimed, “Good heavens, it is my child!” She was taken up to the corpse; she examined the clothing and noted a scar on the forehead. “It is certainly,” she said, “my son who disappeared last July. He has been stolen from me and murdered.” The woman was concierge in the rue du Four; her name was Chavandret. Her brother-in-law was summoned, and when questioned, he said, “That is the little Filibert.” Several people living in the street recognized the child found at La Villette as Filibert Chavandret, among them being the boy’s schoolmaster, who based his opinion on a medal worn by the lad. Nevertheless, the neighbors, the brother-in-law, the schoolmaster, and the mother were mistaken. Six weeks later the identity of the child was established. The boy, belonging to Bordeaux, had been murdered there and brought by a carrying company to Paris.

To return to the faculty of observation possessed by crowds, our conclusion is that their collective observations are as erroneous as possible, and that most often they merely represent the illusion of an individual who, by a process of contagion, has suggestioned his fellows. Facts proving that the most utter mistrust of the evidence of crowds is advisable might be multiplied to any extent. Thousands of men were present twenty-five years ago at the celebrated cavalry charge during the Battle of Sedan, and yet it is impossible, in the face of the most contradictory ocular testimony, to decide by whom it was commanded. The English general Lord Wolseley has proved that up to now the gravest errors of fact have been committed with regard to the most important incidents of the Battle of Waterloo—facts that hundreds of witnesses had nevertheless attested.

From The Crowd: A Study of the Popular Mind. The year before completing this study of mob mentality, Le Bon, a medical doctor who traveled extensively in North Africa and Asia, published Psychological Laws of the Evolution of Peoples. The book promoted the theory that intelligence is determined by race; it was said to be a favorite of Theodore Roosevelt. A polymath, Le Bon had many interests, including inventing recording instruments, training horses, and studying intra-atomic energy. He died in 1931 at the age of ninety. 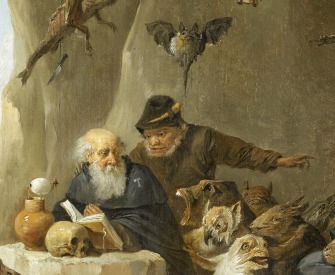 Owen Felltham discovers himself via dream.More