The courtiers represented to the emperor as follows: “In the village of Taima there is a valiant man called Kuyehaya of Taima. He is of great bodily strength, so that he can break horns and straighten out hooks. He is always saying to the people, ‘You may search the four quarters, but where is there one to compare with me in strength? Oh, that I could meet with a man with whom to have a trial of strength, regardless of life or death.’”

The emperor hearing this, proclaimed to his ministers, saying, “We hear that Kuyehaya of Taima is the champion of the empire. Might there be anyone to compare with him?”

One of the ministers came forward and said, “Thy servant hears that in the land of Idzumo there is a man named Nomi no Sukune. It is desirable that you send for him, by way of trial, and match him with Kuyehaya.”

From the Nihongi. Sometimes translated as The Chronicles of Japan, the work is the second-oldest book of classical Japanese literature, describing the country’s history from its mythic beginnings to around the year 720. This passage speaks to the origins of Sumo wrestling. 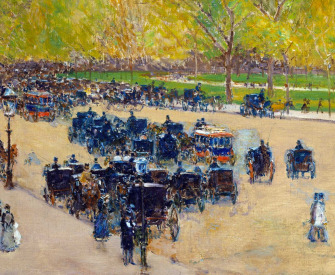 Greil Marcus witnesses the birth of a movement.More