A walk to the several docks of London—those vast emporiums of the riches of the entire world—will enable even the most skeptical to arrive at some sense of the magnitude of our metropolitan trade.

These docks, indeed, are the very focus of the wealth of our merchant princes. The cranes creak with the mass of riches. In the warehouses are stored heaps of indigo and dye stuffs, that are, as it were, so many ingots of untold gold. Above and below ground you see piles upon piles of treasure that the eye cannot compass. The wealth appears as boundless as the very sea it has traversed, and the brain aches in an attempt to comprehend the amount of riches before, above, and beneath it. There are acres upon acres of treasures—more than enough, one would fancy, to enrich the people of the whole globe.

As you pass along this quay, the air is pungent with the vast stores of tobacco. At that it overpowers you with the fumes of rum. Then you are nearly sickened with the stench of hides and huge bins of horns, and shortly afterward, the atmosphere is fragrant with coffee and spice. Nearly everywhere you see stacks of cork, or else yellow bins of sulfur, or lead-colored copper ore.

Along the quay you see among the crowd men with their faces blue with indigo, and gaugers with their long brass-tipped rules dripping with spirit fresh from the casks they have been probing. Then will come a group of flaxen-haired sailors chattering in German; and next a black seaman, with a red-cotton handkerchief twisted turbanlike round his head. Presently, a blue-smocked butcher pushes through the throng with fresh meat and a bunch of cabbage in the tray on his shoulder, and shortly afterward comes a broad, straw-hatted mate, carrying green parakeets in a wooden cage. Here, too, you will see sitting on a bench a sorrowful-looking woman, with new bright cooking tins at her feet, telling you she is some emigrant preparing for her voyage.

Then the jumble of sounds as you pass along the dock blends in anything but sweet concord. The sailors are singing boisterous songs from the Yankee ship just entering the dock; the cooper is hammering at the casks on the quay; the chains of the cranes, loosed of their weight, rattle as they fly up again; the ropes splash in the water; some captain shouts his orders through his hands; a goat bleats from a ship in the basin; and empty casks roll along the stones with a hollow drumlike sound. Here the heavy-laden ships have their gunwales down in the water, far below the quay, and you descend to them by ladders, while in another basin the craft stand high up out of the dock, so that their green copper-sheeting is almost level with the eye of the passenger, and above his head a long line of bowsprits stretch far over the quay, with spars and planks hanging from them as a temporary gangway to each vessel. 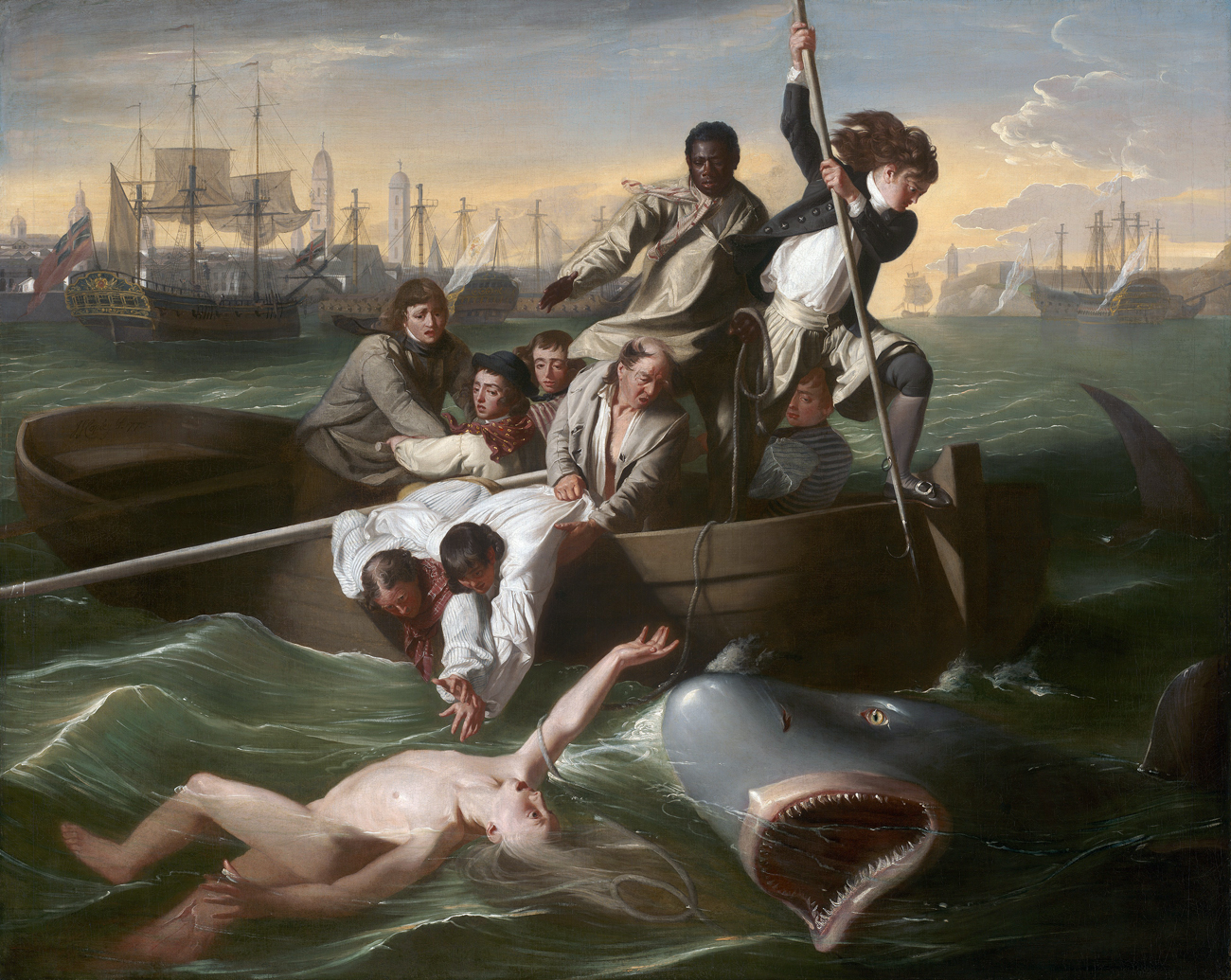 He who wishes to behold one of the most extraordinary and least known scenes of the metropolis should wend his way to the London dock gates at half past seven in the morning. There he will see congregated within the principal entrance masses of men of all ranks, looks, and natures. Decayed and bankrupt master butchers are there, and broken-down master bakers, publicans, grocers, old soldiers, sailors, Polish refugees, former gentlemen, discharged lawyers’ clerks, “suspended” government officials, almsmen, pensioners, servants, thieves—indeed everyone (for the work requires no training) who wants a loaf and who is willing to work for it. The London dock is one of the few places in the metropolis where men can get employment without character or recommendation.

As the hour approaches eight, you know by the stream pouring through the gates and the rush toward particular spots that the “calling foremen” have made their appearance, and that the “casual men” are about to be taken on for the day.

Then begins the scuffling and scrambling and stretching forth of countless hands high in the air to catch the eye of him whose nod can give them work. As the foreman calls from a book the names, some men jump up on the backs of others, so as to lift themselves high above the rest and attract his notice. All are shouting; some cry aloud his surname, some his Christian name, and some call out their own names to remind him that they are there. Now the appeal is made in Irish blarney, and now in broken English.

Indeed, it is a sight to sadden the most callous to see thousands of men struggling there for only one day’s hire, the scuffle being made the fiercer by the knowledge that hundreds out of the assembled throng must be left to idle the day out in want. To look in the faces of that hungry crowd is to see a sight that is to be ever remembered. Some are smiling to the foreman to coax him into remembrance of them; others, with their protruding eyes, are terribly eager to snatch at the hoped-for pass for work. Many, too, have gone there and gone through the same struggle, the same cries, and have left after all without the work they had screamed for.

If, however, the men fail in getting taken on at the commencement of the day, they then retire to the waiting yard, at the back of the docks, there to remain hour after hour, in hope that the wind may blow them some stray ship, so that other gangs may be wanted, and the calling foreman come to seek fresh hands there.

There are not less than twenty thousand souls living by dock labor in the metropolis. The London docks are worked by between one thousand and three thousand hands, according as the business is brisk or slack—that is, according as the wind is fair or foul for the entry of the ships into the port of London. Hence there are some thousands of stomachs deprived of food by the mere chopping of the breeze.

That the sustenance of thousands of families should be as fickle as the very breeze itself, that the weathercock should be the index of daily want or daily ease to such a vast body of men, women, and children, is a climax of misery and wretchedness that could hardly have been imagined to exist in the very heart of our greatest wealth.

From The Criminal Prisons of London. Mayhew helped to found the magazines Figaro in London in 1831 and Punch in 1841. From 1849 to 1850, he published eighty-two articles for the Morning Chronicle that served as the basis for his four-volume London Labour and the London Poor, of which Criminal Prisons was the fourth. Mayhew wrote that in his metropolis, “We find almost every geographic species of the human family,” adding, “if India has its thugs, London has its garrote men.”

Charlotte Brontë with a message from the Luddites.More