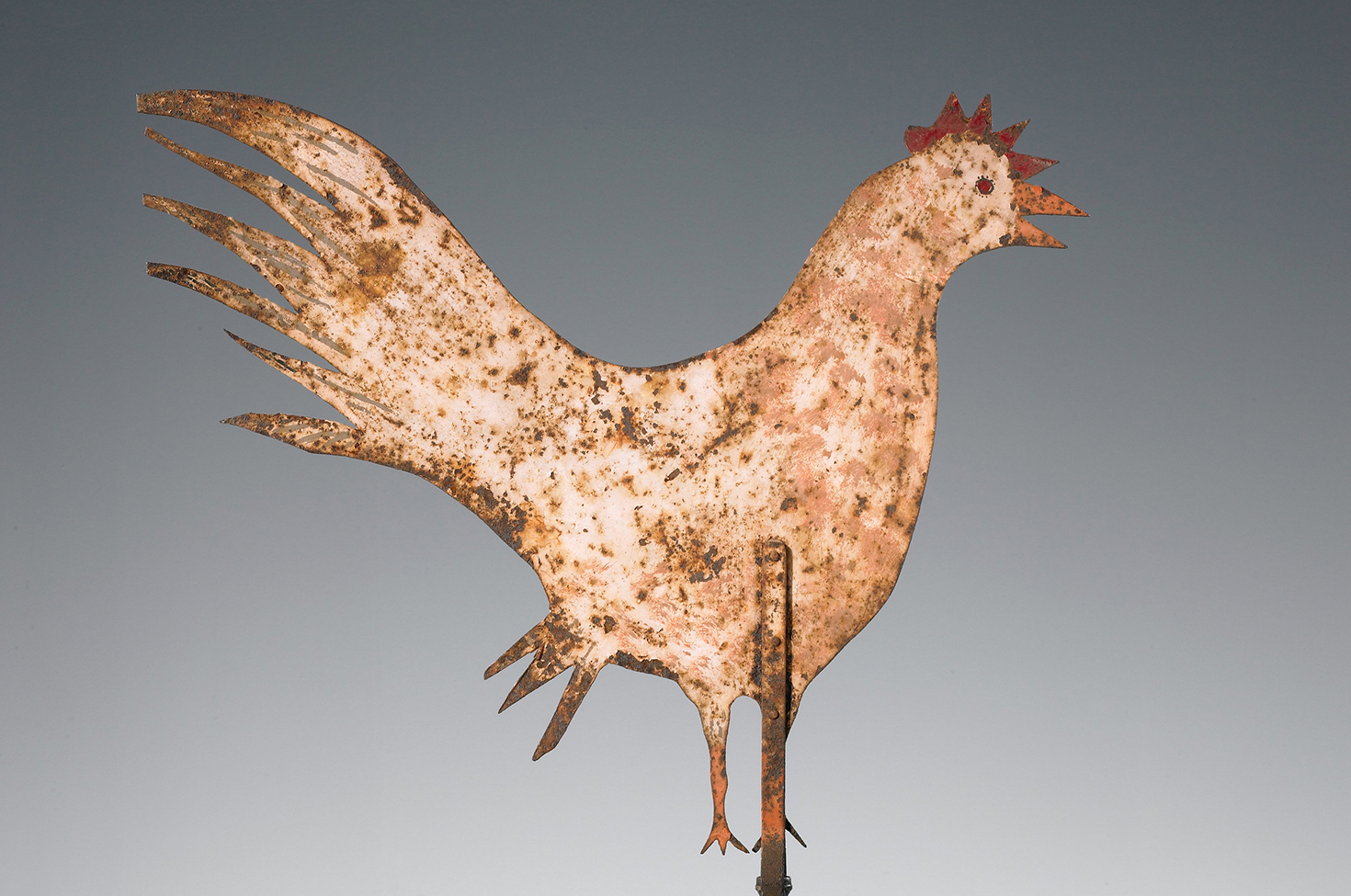 People have long proposed theories about climate, humans, and weather. Aristotle divided the world into five climatic zones and believed the “torrid zone” along the equator uninhabitable for humans; J. Hector St. John de Crèvecoeur thought Americans living on the frontier more barbarous than those near the sea. Learn more about these and other climatic claims below.

1748 | La Brède
Montesquieu inhales the bracing air and is invigorated.

Cold air constringes the extremities of the external fibers of the body; this increases their elasticity and favors the return of the blood from the extreme parts to the heart. It contracts those very fibers; consequently, it increases also their force. On the contrary, warm air relaxes and lengthens the extremes of the fibers; of course, it diminishes their force and elasticity.

People are therefore more vigorous in cold climates. Here the action of the heart and the reaction of the extremities of the fibers are better performed, the temperature of the humors is greater, the blood moves more freely toward the heart, and reciprocally the heart has more power. This superiority of strength must produce various effects; for instance, a greater boldness, that is, more courage; a greater sense of superiority, that is, less desire of revenge; a greater opinion of security, that is, more frankness, less suspicion, policy, and cunning. In short, this must be productive of very different tempers. Put a man into a close, warm place, and for the reasons above given, he will feel a great faintness.

What wealth can Eastern lands boast that is comparable to the advantages of the Western climate? They possess, indeed, those silken fabrics, the produce of a little worm, which glow with colors of various dyes. They have the precious metals and sparkling gems and odoriferous trees. But what are these, procured at the cost of life and health? Are they not attended with the presence of a familiar enemy—the air the Orientals breathe, and which constantly surrounds them?

c. 400 bc | Greece
The Hippocratic Corpus passes judgment on bodies and climates.

Those who inhabit a country that is mountainous, rugged, elevated, and well-watered, and where the changes of the seasons are very great, are likely to have a great variety of shapes among them and to be naturally of an enterprising and warlike disposition. Such persons are apt to have no little of the savage and ferocious in their nature. But those who dwell in places that are low-lying, abounding in meadows, and ill-ventilated, and who have a larger proportion of hot than of cold winds, and who make use of warm waters—these are not likely to be of large stature nor well proportioned but are of a broad make, fleshy, and have black hair. They are rather of a dark than of a light complexion and are less likely to be phlegmatic than bilious. Courage and laborious enterprise are not naturally in them but may be engendered in them by means of their institutions. And if there are rivers in the country that carry off the stagnant and rainwater from it, these may be wholesome and clear; but if there are no rivers, but the inhabitants drink the waters of fountains, and such as are stagnant and marshy, they must necessarily have prominent bellies and enlarged spleens. But those who inhabit a high country, and one that is level, windy, and well-watered, will be large of stature and like to one another, but their minds will be rather unmanly and gentle. Those who live on thin, ill-watered, and bare soils, and not well attempered in the changes of the seasons, in such a country they are likely to be in their persons rather hard and well braced, rather of a blond than a dark complexion, and in disposition and passions haughty and self-willed.

1782 | New York
Crèvecoeur looks at America in its proper light.

It is natural to conceive that those who live near the sea must be very different from those who live in the woods; the intermediate space will afford a separate and distinct class. Men are like plants: the goodness and flavour of the fruit proceeds from the peculiar soil and exposition in which they grow. We are nothing but what we derive from the air we breathe, the climate we inhabit, the government we obey, the system of religion we profess, and the nature of our employment. Here you will find but few crimes; these have acquired as yet no root among us. I wish I were able to trace all my ideas; if my ignorance prevents me from describing them properly, I hope I shall be able to delineate a few of the outlines, which is all I propose. Those who live near the sea feed more on fish than on flesh and often encounter that boisterous element. This renders them more bold and enterprising; this leads them to neglect the confined occupations of the land.

c. 340 bc | Athens
Aristotle knows the earth is not round.

There are two inhabitable sections of the earth: one near our upper or northern pole, the other near the other or southern pole; and their shape is like that of a drum. If you draw lines from the center of the earth, they cut out a drum-shaped figure. The lines form two cones; the base of the one is the tropic, of the other the ever visible circle; their vertex is at the center of the earth. Two other cones toward the South Pole give corresponding segments of the earth. These sections alone are habitable. Beyond the tropics no one can live; for there the shade would not fall to the north, whereas the earth is known to be uninhabitable before the shadow disappears or is thrown to the south; and the regions below the Bear are uninhabitable because of the cold. So we see that the way in which they now draw maps of the earth is ridiculous. They depict the inhabited earth as round, but both observation and reason show this to be impossible.

Seven or eight years ago, it was not uncommon for the Pecos to dry up, but now such a thing would be looked upon as a strange event. And in building Denver, a mistake was made in relying upon the dry bottom of Cherry Creek, which shortly afterward sent down a rush of water to warn them of her slumbering powers. Nor does this wholly exhaust the testimony on this point, for in addition thereto is the uniform assertion of those who have resided in the Territory for ten or twelve years or more that for six or seven years past there has been a gradual increase of rain. It is a common expression of the Mexicans and Indians that the Americans bring rain with them.

All this, it seems to me, must lead to the conclusion that since the Territory has begun to be settled, towns and cities built up, farms cultivated, mines opened, and roads made and traveled, there has been a gradual increase of moisture. Be the cause what it may, unless it is assumed that there is a cycle of years through which there is an increase, and that there will be a corresponding decrease, the fact must be admitted upon this accumulated testimony. I therefore give it as my firm conviction that this increase is of a permanent nature, and not periodical, and that it has commenced within eight years past, and that it is in some way connected with the settlement of the country; and that, as the population increases, the amount of moisture will increase.

Dragons are quite unknown in the Abyssinian Sea and in its numerous estuaries and bays. They are most frequent near the Atlantic. Different opinions have been advanced as to what the dragon is. Some believe that it is a black wind in the bottom of the sea, which rises into the air, that is to say, the atmosphere, as high as the clouds, like a hurricane whirling dust aloft as it rises from the ground, and destroying vegetation. The shape of the dragon becomes longer the higher it ascends in the air. Some people believe that the dragon is a black serpent which rises into the air, the clouds are at the same time black, all is dark, and this is succeeded by a terrible wind. Some are of the opinion that it is an animal which lives in the bottom of the sea, and that when it is haughty and overbearing, God sends an angel in a cloud, who draws it out. It has the shape of a black shining serpent. When it is carried through the air, it goes so high that it does not touch anything with its tail, except perhaps very high buildings or trees; but it frequently damages many trees.

1865 | San Francisco
Mark Twain predicts the weather for the apocalypse.

October 25
Occasional shakes, followed by light showers of bricks and plastering. N.B. Stand from under!

October 26
Considerable phenomenal atmospheric foolishness. About this time expect more earthquakes, but do not look for them, on account of the bricks.

October 28
Misery, dismal forebodings, and despair. Beware of all light discourse—a joke uttered at this time would produce a popular outbreak.

Read more Voices in Time from the Fall 2019 issue, Climate.