Most discussions of fatigue at the turn of the twentieth century begin with neurasthenia (from a Greek term meaning nervous exhaustion), the diagnosis popularized by neurologist George M. Beard in 1869. Like other physicians at the time, Beard viewed the body as a machine powered by energy produced by the nerves. The depletion of that energy resulted in the condition he called neurasthenia. Although sufferers reported an array of vague symptoms, including irritability, weight loss, anxiety, depression, insomnia, and impotence, fatigue was the most important and rest a commonly prescribed remedy. We tend to assume we live in a time of unprecedented and overwhelming social and technological change. In the late nineteenth century, similar anxieties were provoked by the advent of telephones, telegraphs, trains, and what contemporaries viewed as the accelerating pace of life in rapidly growing cities and the tendency toward busyness and overwork.

Another kind of fatigue was associated with manual labor. Historian Anson Rabinbach demonstrates that physiologists at the turn of the twentieth century drew on the discovery of the laws of thermodynamics to conceptualize human bodies as motors capable of converting energy into work. Fatigue was a critical issue because it prevented humans from working as long and efficiently as machines. Some scientists hoped to find a way to eradicate fatigue and thus increase productivity. Rabinbach focuses on Europe, but industrial fatigue also preoccupied U.S. social reformers in the Progressive Era, many of whom campaigned for more frequent breaks and shorter working hours for laborers. In doing so, they joined a long-standing crusade. “The length of the workdays,” historians Philip S. Foner and David R. Roediger write, traditionally had been “the central issue raised by the American labor movement during its most dynamic periods of organization.” It was “the prime demand in the class conflicts that spawned America’s first industrial strike, its first citywide trade union councils, its first labor party, its first general strikes, its first organization that united skilled and unskilled workers, its first strike by females, and its first attempts at regional and national labor organization.” Progressive reformers worked alongside union leaders, seeking to reduce hours through protective legislation rather than collective action. 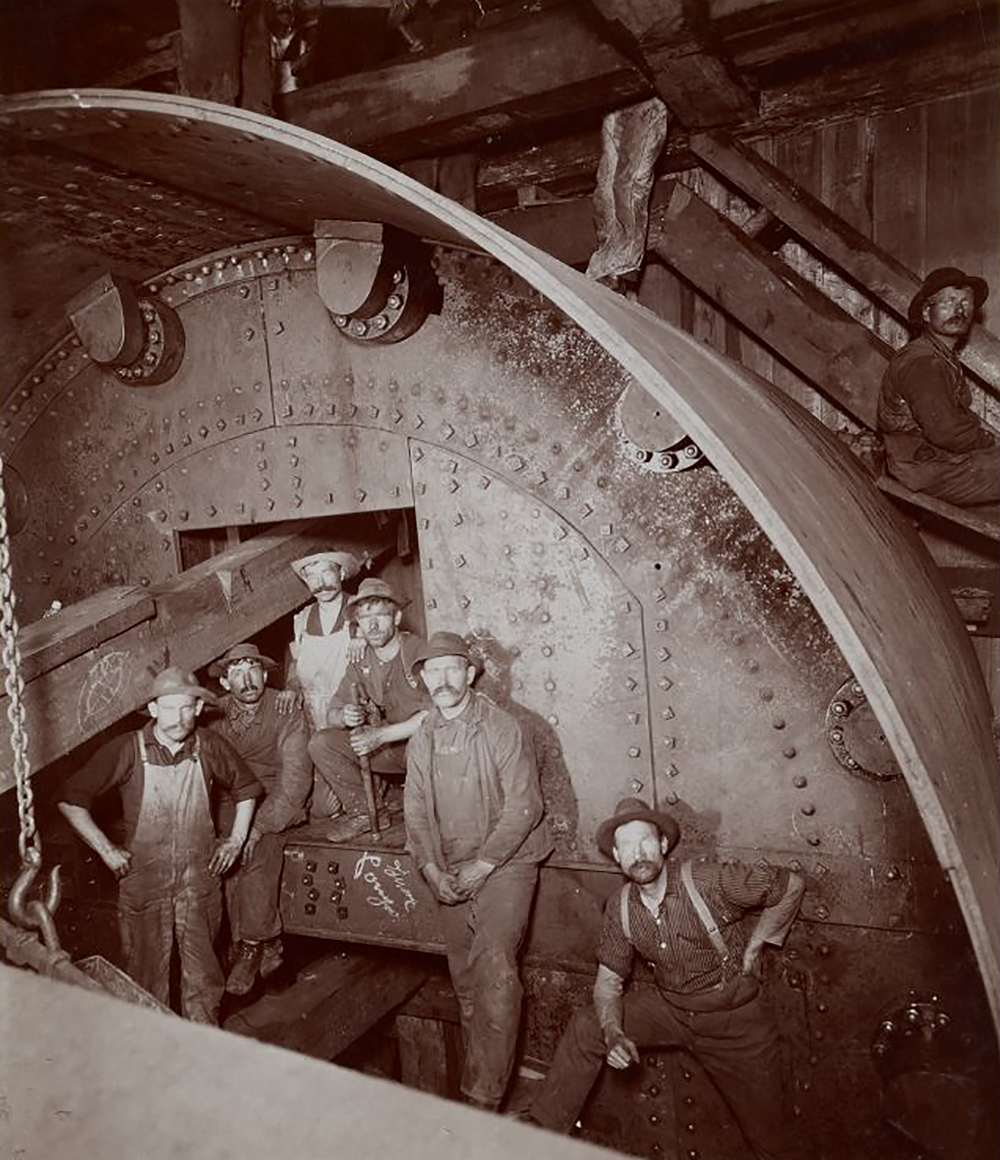 Josephine Clara Goldmark’s landmark book Fatigue and Efficiency appeared in 1912. Chair of the Committee on the Legal Defense of Labor Laws of the National Consumers League, Goldmark had begun her study of fatigue several years earlier at the request of her brother-in-law Louis Brandeis (later the first Jewish justice on the U.S. Supreme Court), who was preparing his brief for Muller v. Oregon, the Supreme Court case that established the constitutionality of limiting women’s working hours. Although Goldmark noted that many factors contributed to industrial fatigue, including noise, speed, and monotony, she placed the greatest emphasis on the length of the working day.

The book was very much a product of its time. Writing during a period that glorified science, Goldmark explained that she drew “upon the scientific study of fatigue—one of the most modern inquiries of physiological, chemical, and psychological science—for aid in the practical problem of reducing the long working day in industry.” Physiology was by far the most important. Physiologists gravitated to the study of industrial fatigue in part because they viewed it as a way to increase the status of their field. Frederic Schiller Lee, a Columbia University physiology professor and prominent researcher on fatigue, introduced Goldmark’s book by declaring that “among the many conditions of human life which may be classed as causes of misery, there is none more potent than the failure of men to live in accordance with physiological laws.” The book opened with a summary of laboratory research on animal muscles demonstrating that fatigue resulted from toxins in the blood. “A tired person is literally and actually a poisoned person,” Goldmark wrote, “poisoned by his own waste products.” Adequate rest was essential because it enabled the body to eliminate the “noxious products of activity” and rebuild tissues. 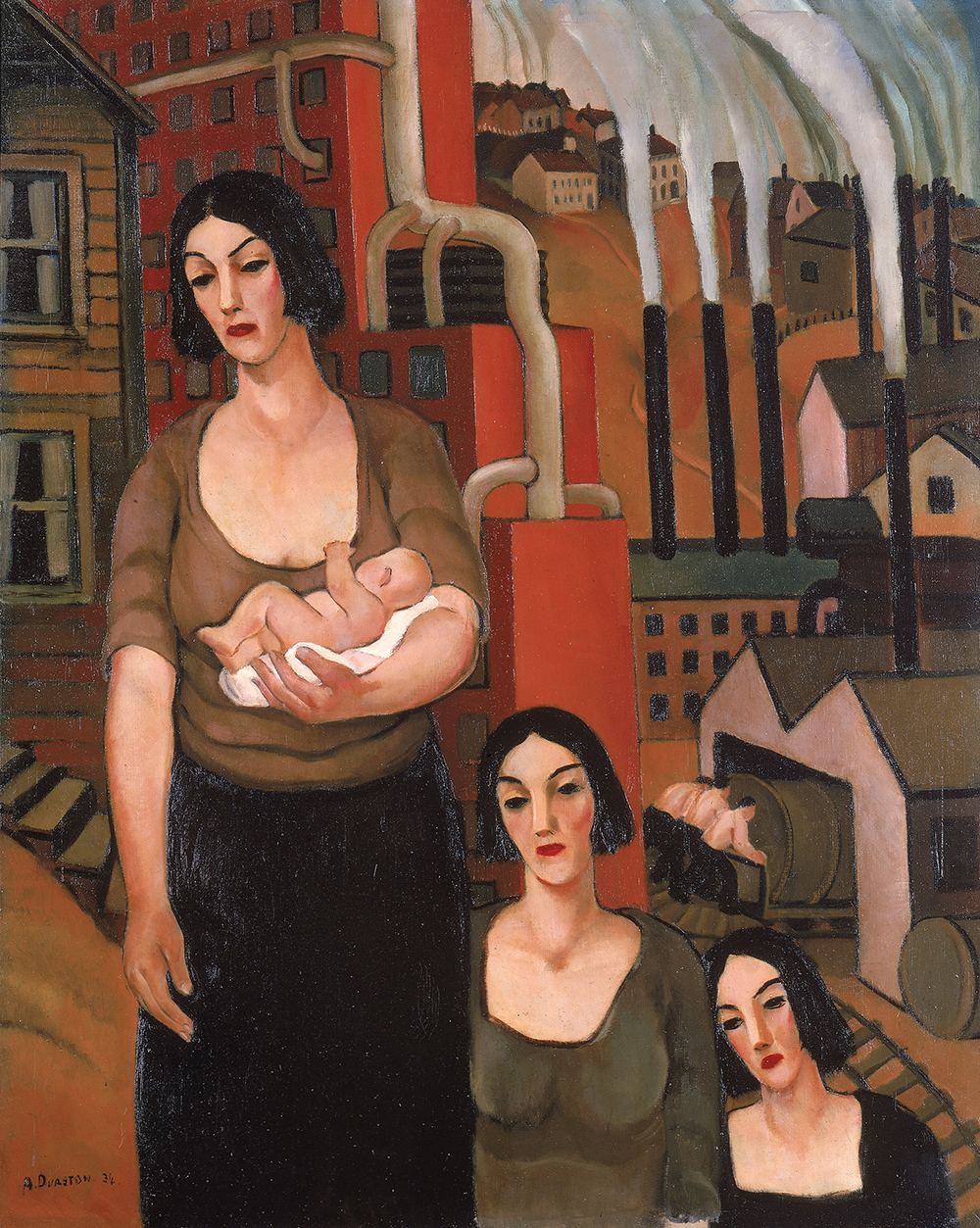 The book also reflected contemporary beliefs about women’s bodies. Women “are less resistant to fatigue than men,” Goldmark wrote, “and their organisms suffer more gravely than men’s from the strains and stresses of industrial fatigue.” The consequences included a reduced birth rate, increased infant mortality, and “race degeneration” (a eugenic term for the social and biological decline of whites). The prominent place of the word efficiency in the book’s title further demonstrates Goldmark’s adherence to contemporary values. Like the respect for science, the celebration of efficiency was a hallmark of the era. Historian Steffan Blayney notes that British physiologists “conceived of the human body wholly in terms of its economic attributes. The worker’s physical capabilities were reduced to productive capacities. The worker was an object of medical and scientific intervention only insofar as he or she represented a constituent part of the machinery of industrial labor.” Blayney’s observation also applies to the United States. Unlike the trade unionists who viewed workers’ well-being as an end in itself, social reformers sought to increase “workforce capacity” and, by extension, productivity. Their argument was that because exhaustion prevented employees from working effectively during the last hours of a long day, they could accomplish more if they had shorter hours and more frequent rests. Rather than relying on workers’ testimony or clinical examinations, Goldmark used diminished output as the measure of fatigue.

With the rapid diffusion of mechanical engineer Frederick Winslow Taylor’s system of scientific management, concerns about industrial fatigue began to fade. That system sought to remove control of the labor process from workers by dividing it into component parts, analyzing each job through time and motion studies, and assigning specific tasks to individuals. Throughout his career Taylor campaigned for the eradication of “soldiering,” or loafing, which he called “the greatest evil,” implicitly rendering physical fatigue irrelevant. Although Goldmark praised the “stupendous” increase in production that Taylor’s system made possible, she doubted those “marvelous results” could be “attained by legitimate means…without extra strain upon the vitality of the workers.” She urged advocates of the new system to conduct research into “the ultimate physical adjustment of the workers to the heightened intensity of their tasks.” After reviewing the literature on scientific management, Frederic Schiller Lee concluded that “usually no careful and adequate precautions are taken, such as the introduction of resting periods, to avoid the incidence of fatigue.” And Robert F. Hoxie, an economics professor at the University of Chicago, disparaged practitioners of scientific management by noting that “the best of them are technicians with little knowledge of the subject of fatigue.” 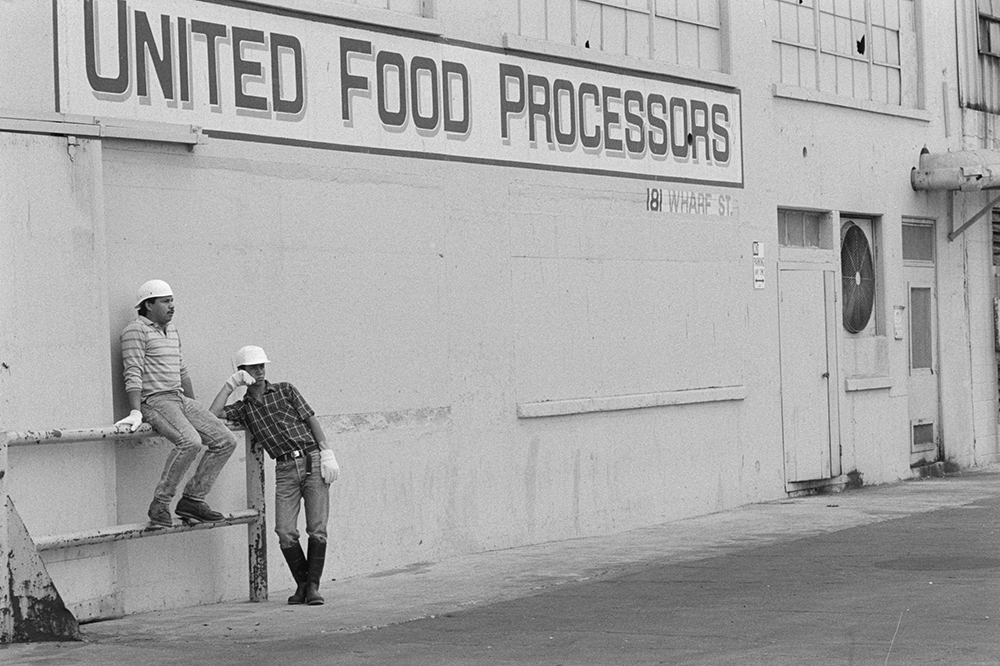 But Taylor wielded enormous influence. The Principles of Scientific Management, published in 1911, was the best-selling business book in the first half of the twentieth century, and numerous firms quickly adopted his methods. Taylor’s powerful supporters included Harvard economics professor Edwin Gay, who had long wanted to establish a business school there. Corporate managers argued that business practices could not be taught, but after meeting Taylor in 1907, Gay became convinced, in his words, “that there is a scientific method involved in and underlying the art of business.” The Harvard Business School opened the following year with fifteen faculty members and eighty students. Gay was the first dean. Taylor delivered an annual series of lectures, and his principles of managerial efficiency shaped the first-year curriculum.

Lee was able to generate renewed interest in industrial fatigue during World War I. As a member of the Committee on Industrial Fatigue of the Council on National Defense, he argued that plans to boost production for the war effort must include a consideration of worker fatigue. When a wave of strikes and riots following the war ushered in a more conservative period, however, behavioral scientists replaced physiologists as management experts. Addressing the Boston Society of Psychiatry and Neurology in 1920, Harvard professor E.E. Southard declared that psychiatrists should play a role in industry as the “modern specialist[s] in unrest.” In a 1930 article in Scientific American, Donald A. Laird, the director of the Colgate Psychology Laboratory, pronounced the “poor emotional adjustment of the individual” the “most treacherous and insidious source” of worker fatigue. Mary T., a thirty-five-year-old sales clerk at Macy’s, represented a “typical case.” Because she had been complaining of tiredness for six years, her employers had given her repeated leaves with pay. Finally, the store psychiatrist easily found “emotional causes for her chronic fatigue state.” She had few friends, was very jealous of her married sister, and had poor relationships with her parents, with whom she still lived. After explaining that she had been “seeking pity and sympathy through appearing tired,” the psychiatrist “planned a scheme of emotional reeducation for her.” With that help, her mental health improved and “her chronic fatigue disappeared.” 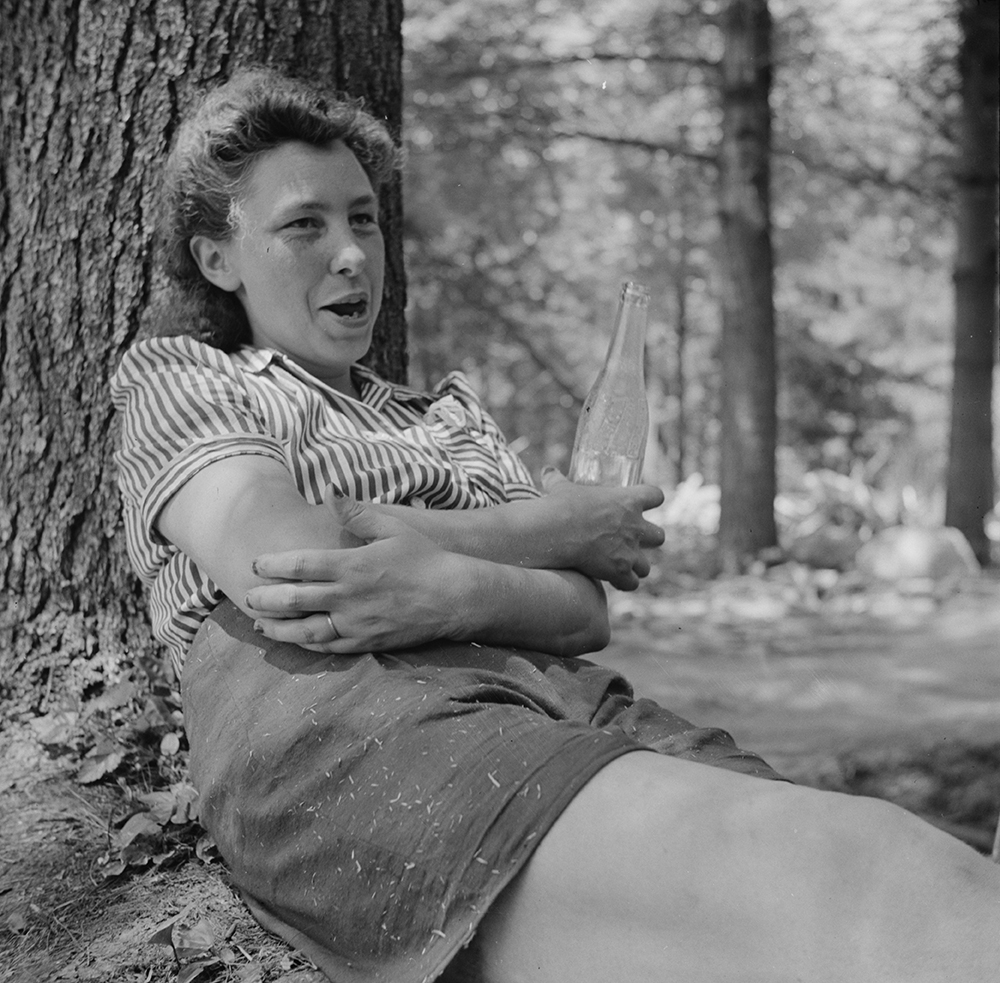 A far more prominent psychologist was Elton Mayo, an Australian-born professor at the Harvard Business School, who helped to launch the human relations school of management studies. Mayo was the principal investigator of the famous experiments conducted at Western Electric’s factory at Hawthorne, a suburb of Chicago, between 1924 and 1933. His primary conclusion was that productivity depended far more on the psychological states of workers than on their conditions of employment and that the ideal supervisor could meld workers and management into a united whole. As scholar Richard Gillespie’s extensive historical analysis demonstrates, that finding owed more to Mayo’s own conservative ideology and the vested interests of his funders than to the experimental data.

Mayo was an associate of the Harvard Fatigue Laboratory after its establishment in 1927 as a joint enterprise of the Harvard Business and Medical Schools. Despite its name, that facility represented a radical departure from Progressive ideals. One observer noted that the “close association with industry clearly affected the proper functioning of the laboratory.” Suspicious of the goals of its studies, miners in the Andean mountains refused to submit to researchers’ examinations. We can only speculate about how the sharecroppers in Benoit, Mississippi, responded to investigators who described them as “colorfully dressed, happy, and well-behaved negroes.” We have seen that Lee had been confident that the application of scientific knowledge could demonstrate the importance of industrial fatigue. Researchers at the Fatigue Lab were equally convinced that they could use science to prove the opposite. The lab’s most famous studies, involving biochemical analysis of the blood of marathon runners, found that athletes were able to maintain a steady state, or equilibrium, even when participating in the most strenuous exercise. The researchers concluded that fatigue rarely occurred among industrial workers and that managers thus could safely disregard the issue. Mayo’s 1933 book, Human Problems in an Industrial Civilization, describing the Hawthorne experiments, opened with a discussion of that conclusion.

By the time the Fatigue Laboratory closed in 1947, the struggle for shorter hours had faltered. A key event was the passage of the Fair Labor Standards Act in 1938. Rather than restricting night work, the law created the right to “time-and-a-half” overtime pay, effectively ending the campaign to reduce hours. After that, both the number of hours Americans worked each week and the number of weeks they worked each year began to rise. 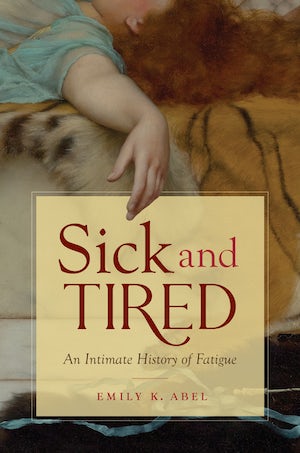 Emily K. Abel is professor emerita of public health and women’s studies at the University of California, Los Angeles, and the author of several books, including Sick and Tired: An Intimate History of Fatigue and Hearts of Wisdom: American Women Caring for Kin, 1850–1940.