The Epic of Gilgamesh is not just the world’s oldest poem. It is a classic, in the sense that it remained central to the literature and thought of a whole series of cultures across the Near East over millennia. We can account for its significance in several ways. Some of its themes are universal. We still agonize that even the greatest human life is limited in span; we mourn and rage against the loss of our loved ones; and like Gilgamesh we still want to know about our origins and the meaning of things. One title for the epic was He Who Saw the Deep. Gilgamesh goes on a quest for meaning. His failure to find acceptable answers is our failure, too. His fortitude in the face of that failure is true heroism. Like so many epic poems, the particular story speaks to our wider experience.

But there is another theme of the epic: the life of humans in cities. For Gilgamesh is about civilization and wilderness, about war and peace, and about a world of cities.

Civilization and wilderness stand vividly opposed in the first tablet of the epic. Gilgamesh is both the protector of the city who built its rampart, and also the wild bull terrorizing the citizenry. Then the civilized life of brick-built Uruk is opposed to the steppe where Enkidu lives like an animal with the animals. Woman tames Enkidu, and Enkidu tames Gilgamesh. The opposition between the domesticated world of the farmer and the surrounding wilderness recurs in many literatures, but here we read it expressed in poetry for the first time. Even the written poem, ordered by line and tablet and copied out again and again over the generations, seems like a domestication of wild impulsive speech and song. When the gods complain to the chief god Anu about Gilgamesh’s behavior they say, “A savage wild bull you have bred in Uruk-the-Sheepfold.” The city, with its gardens, its date grove, and temples, is compared to the enclosure built to protect domestic livestock, but there is a wild animal inside the pen, Gilgamesh the King! His path in the story will lead him from uncontrolled violence to assuming the role of a culture hero, a civilizing force. From Andrew George’s translation of the Epic of Gilgamesh:

Gilgamesh the tall, magnificent and terrible
who opened passes in the mountains,
who dug wells on the slope of the uplands,
and crossed the ocean, the wide sea to the sunrise
who scoured the world ever searching for life,
and reached through sheer force Uta-napishti the Distant:
who restored the cult-places destroyed by the Deluge,
and set in place for the people the rites of the cosmos.

Male heroism in the epic is bound up with the city, with sieges and attacks and sacks and bold defenses, and with a restoration of order. The two most ancient story cycles in the Greek world—the siege of Troy and Seven Against Thebes—also revolved around these themes. Epic began as a song about the civilizing process, and these epics have at their heart the precarious achievement of the city and its farmers, besieged on one side by the wilderness and its monstrous beast and on the other by immortal gods whose passing whims condemn whole human generations to misery. 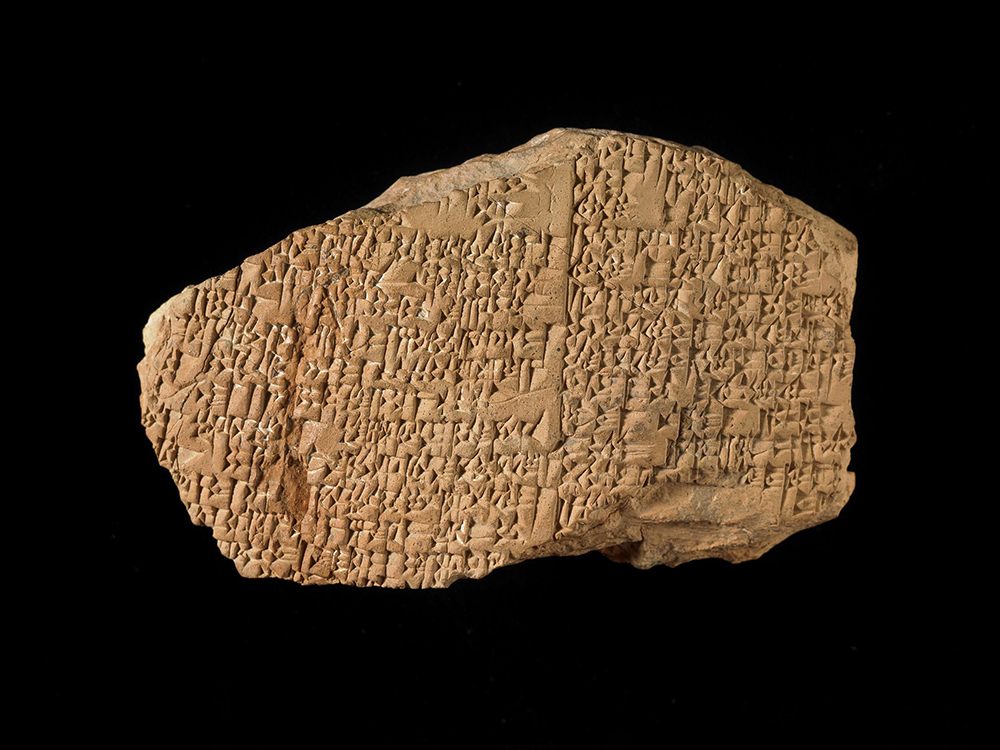 Center stage in all the Gilgamesh stories is Uruk. The Standard Version was composed at the beginning of the Near Eastern Iron Age, around the time Troy fell and Mycenae was abandoned. But five poems remain from the earliest Sumerian versions of the story and from these we can tell that the city was from the start central to the tale of Gilgamesh (Bilgames in Sumerian). One poem describes a war between two neighboring cities, Kish and Uruk, each of which has its own king or champion, Akka in Kish and Bilgames in Uruk. Uruk has great ramparts, Akka’s army lays siege to it, and after an exchange of embassies Enkidu sallies forth and battle is fought before the walls. Only a glimpse is given of the society of Uruk, but Bilgames addresses both a council of elders and also the young men of the city, who seem to make up its warriors. From administrative records we hear of an assembly called a puhrum in Sumerian cities, which some scholars have compared to primitive democracy. Other Sumerian poems about Bilgames mention priests and priestesses, a royal minstrel, craftsmen and merchants. Uruk itself is dimly visible, a city of wider and narrow streets, with the palace and the temple of Eanna the only prominent structures within it. This is essentially the same image of the city that appears in the later Middle Babylonian and Neo-Assyrian period versions. (Indeed it is more or less the same image we gain of Troy from reading the Iliad.) Later versions of Gilgamesh add more detail. The Uruk of the Standard Version has walls made of fired brick; it possessed a great temple and precincts laid out for the gods, and the walls also enclosed gardens for the production of dates. Around the city are the orchards and grain fields, beyond them the ranges where flocks graze and around that the wild steppe, where Enkidu appears.

Beyond that familiar landscape lay mythologized lands to which Gilgamesh and Enkidu travel and where they encounter strange creatures. There was the Cedar Mountain, home of the giant Humbaba, protected by strange magic. There were the terrifying scorpion men who guarded the mountains where the sun rose and set. Far to the east was the sea which Gilgamesh had to cross to reach the island home of Uta-naphisti. We can try to put these places on a map if we choose—Lebanon for the Cedar Mountain? the Persian Gulf for the eastern ocean?—but perhaps it makes better sense to say that once any people begin to think of the world as centered on civilization and cultivated fields they will always come to imagine its limits in terms evoked by the medieval cartographer’s note “Here be dragons.” 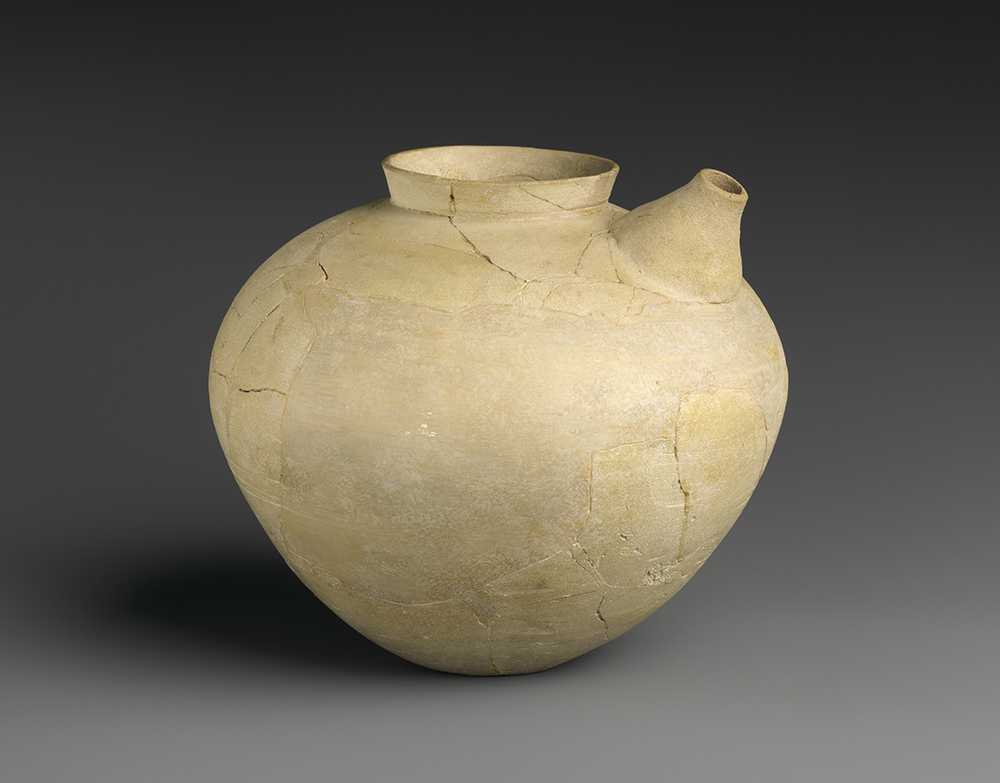 The centrality of the city in the Epic of Gilgamesh goes a long way toward explaining why it became so important in Mesopotamian culture. City-states of the kind that appeared in Sumer around 3000 bc provided the enduring framework of social life in Mesopotamia for all the epic’s long lifetime and long after it was forgotten. Meanwhile, empires rose and fell and Amorites and Kassites and other peoples invaded. Eventually there were cities of one kind of another in most of the places the epic was read: coastal cities like Byblos and Ugarit, followed in the Iron Age by Tyre and the other Phoenician centers; inland hill towns like Jerusalem and Amman; desert oases and caravanserais like Palmyra and Petra; and rich farming centers in the fertile river valleys of the Bekaa in Syria and the Tigris and Euphrates in Mesopotamia. Whatever the political regime, and whatever the basis of the local economy, the city remained the fundamental building block out of which Ancient Near Eastern civilizations were built. For their populations epic tales of cities in conflict never grew old, and the matter of how kings ought to behave never went away either. The Epic of Gilgamesh is one of the earliest examples of what is sometimes termed a “Mirror of Princes,” a book that illustrates the conduct of both bad and good rulers, and makes clear the difference between them. Just as the story of Troy—first written down in archaic Greece—remained full of meaning in democratic Athens and Republican Rome and for Macedonian and Roman emperors, so the stories of Gilgamesh the King and the city of Uruk would always resonate in Mesopotamia.

The Epic of Gilgamesh gives us a precious glimpse of how the world’s first urban civilization was imagined by its inhabitants. If it is a surprisingly familiar picture, then that is a sign of how influential Near Eastern ideas would be on later civilizations, even those that had forgotten that an Epic of Gilgamesh ever existed.

From The Life and Death of Ancient Cities: A Natural History by Greg Woolf. Copyright © 2020 by Greg Woolf and published by Oxford University Press. All rights reserved. Greg Woolf is the director of the Institute of Classical Studies, School of Advanced Study, at the University of London. He is the author of The Life and Death of Ancient Cities: A Natural History, Rome: An Empire’s Story, and Et Tu Bruté: The Murder of Caesar and Political Assassination.