Every enslaved person in Prince George’s County, Maryland, in the late eighteenth century knew that one mixed-race family, the Butlers, had just won their freedom. The Butler family filed more than ninety suits for freedom, winning every single one of them between 1787 and 1791. Suddenly, similar claims of freedom seemed plausible.

The Butler case exposed a tangle of contradictions in the colonial laws. The family’s ancestor Eleanor “Irish Nell” Butler was a free white woman who arrived in the colony in 1681 as an indentured servant of Charles Calvert, Third Lord Baltimore. She married Charles Butler, an enslaved man held by William Boarman, an officer in the provincial militia and an associate of Lord Baltimore. Boarman had obtained a 3,333-acre grant in Charles County from the king and served as justice of the peace, as a delegate to the General Assembly, and as county sheriff. A 1664 act of the Assembly required that when a freeborn woman married an enslaved man, she would become a slave for the duration of her husband’s life. Her children would also be enslaved. The children of women already married to enslaved men would be slaves until they were thirty years old. Calling these marriages “shameful matches,” the Assembly punished freeborn English women who were “forgetful of their free condition, and to the disgrace of our nation, do intermarry with negro slaves.”

According to several accounts, Lord Baltimore confronted Nell about the marriage on her wedding day. One witness said that he “chided” her and “told her she would put a mark by that upon her children.” Another said that Baltimore asked her to marry a man “of her own color.” A third person overheard Baltimore observe, “What a pity so likely a young girl as you are should fling herself away to marry a negro.” Warned by Lord Baltimore that the act would apply to her and that she and her children would be enslaved, Nell brazenly responded that she “had rather marry the negro under these circumstances than to marry his Lordship with his country.” At this, Baltimore threw up his hands. Go ahead, marry him and “be damned,” he allegedly said.

Nell married Charles at the Boarman plantation in a Catholic ceremony presided over by a priest, in front of dozens of witnesses and friends. Sometime after the wedding, Lord Baltimore urged the Maryland Assembly to repeal the 1664 act both because he wished to exempt Nell and Charles from its penalties and because he considered the act an encouragement to slaveholders who might force white women into marriages with enslaved men. There being so few enslaved women in the colony, masters might be tempted to arrange marriages that would bring them even more enslaved laborers in the generations to come. “The instigation, procurement, or connivance” of the slaveholders, the Assembly patronizingly concluded, exacerbated “the lascivious and lustful desires” of the women.

At Baltimore’s urging the legislature reversed and repealed the 1664 act in 1681 and declared that both the white women who married slaves and their children would remain free. The new law applied to all such marriages contracted after the last day of that assembly. To prevent further mixed-race marriages, the law fined masters ten thousand pounds of tobacco for allowing such marriages on their plantations.

Joined in matrimony before the new act took effect, the Butlers remained enslaved, and the Boarmans passed them down as property from generation to generation. But the Butlers’ children were all born after the 1681 act. Were they free? Or did the 1664 act apply to them because their parents were married under its provisions?

In 1770 the Butlers’ grandchildren William and Mary sued for their freedom. They were first cousins once removed. Though married, both were directly descended from Nell Butler, so each had a legitimate claim to freedom. The repercussions of their freedom suit would affect potentially dozens of other slaveholders across the Western Shore of Maryland. One of the witnesses testified that “there was about one hundred and twenty of them [Butlers]” who could be freed if the case were successful. However, he also observed that the enslaved “by their count” said there were as many as three hundred who might claim their freedom. Whites were suspicious that “some saltwater negroes,” as they derisively put it, were being counted, using the term to describe those who had come directly from Africa and could not have been descended from white women. Hundreds of other enslaved people in different families caught between the provisions of the 1664 and 1681 acts might make similar claims and bring lawsuits. Thousands might be liberated in the wake of this single decision.

The judges of the provincial court initially ruled in favor of freedom and ordered William and Mary Butler discharged from their enslavement.

But Boarman’s attorneys were quick to appeal the case to the highest appellate court in the colony. They argued that Nell and her children were property, and property could not be taken away by legislation “ex post facto” unless explicitly stated. A law, they concluded, cannot operate “on events antecedent to its passage.”

Within a few months, the court of appeals reversed the lower court’s ruling and denied the Butlers their freedom. The justices determined that the assembly of 1681 “knew that [property] rights had been acquired under the law of 1664, and in the course of so many years as that law subsisted, there might have been instances where these rights had been transferred.” Although the General Assembly decided to repeal the 1664 act, the judges “thought it would be contrary to public faith to destroy these rights.” Plainly speaking, slaveholders had property rights on the lives of children yet unborn, a claim they acquired through the 1664 act. The court would not “strip him [Boarman]” of this property, nor would it interfere with the property rights of slaveholders who might have purchased slaves from Boarman. The right to the unborn children meant all would continue to be enslaved.

After the American Revolution, the next generation of Butlers filed a new round of lawsuits. In Prince George’s County twenty-six-year-old Mary Butler sued Adam Craig for her freedom. At the same time another family caught in the provisions of the 1664 law—the Toogoods—brought their own lawsuits claiming descent from a free white woman. Like the Butlers, the Toogoods had lost an earlier freedom suit in the colonial courts. In October 1782 Eleanor Toogood sued Dr. Upton Scott, one of the most prominent physicians in Annapolis. When Eleanor Toogood’s case went to trial, the judges of Maryland’s general court allowed hearsay testimony about her ancestor and declared her free. Scott appealed the judgment, one of the first freedom suits in Maryland after the Revolution to reach the courts. On appeal Toogood’s attorney, Jeremiah Townley Chase, called the 1664 act “highly penal and rigorous, if not inhuman.” The Maryland court of appeals agreed and upheld the general court’s conclusion that the Toogoods were free. 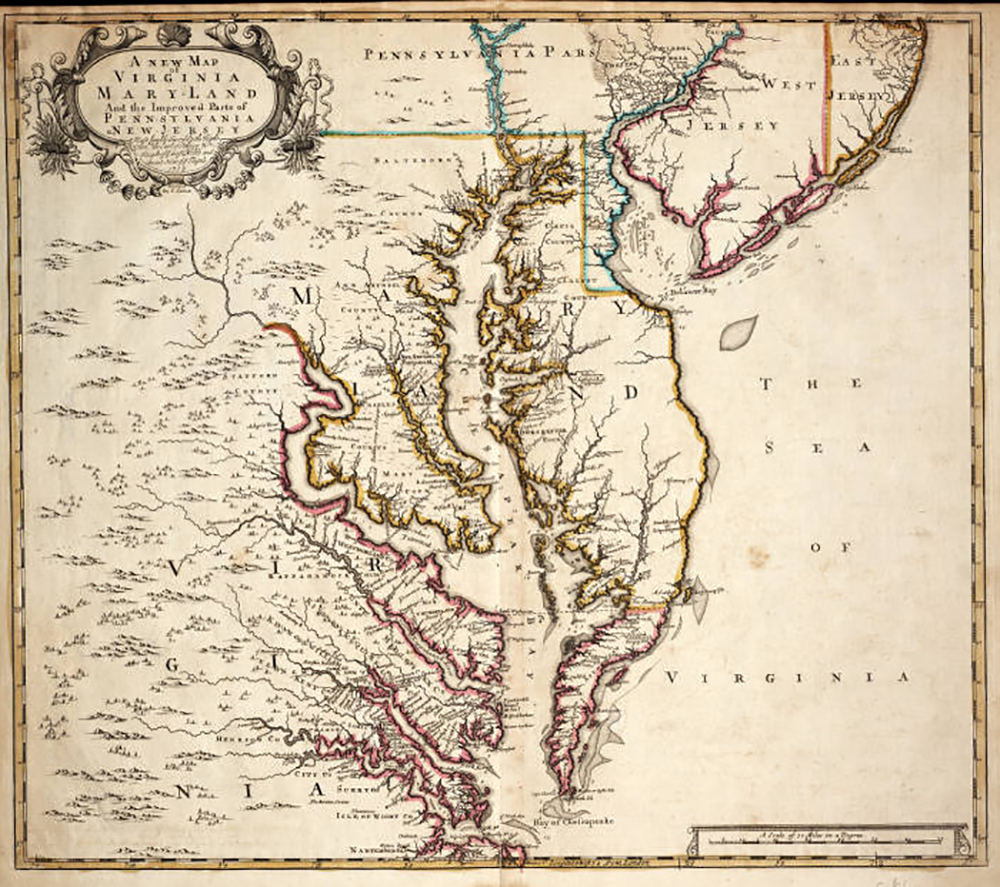 A few years later, in 1787, Mary Butler’s freedom suit followed. Chase made the same argument for her as he had for Eleanor Toogood—that the 1664 act was “highly penal,” that its punishment was “unjust and cruel,” and that the previous judgment in the colonial court was nonbinding. Neither Eleanor Toogood nor Mary Butler had been named in the lawsuits of their mothers. How could their petition not be heard? Their argument was grounded in the Revolutionary, Enlightenment, and republican skepticism of absolutism, excessive punishment, and inherited status. According to newly discovered evidence, much of it secondhand hearsay, Nell Butler had never been convicted in a court of record for intermarrying with an enslaved man, and therefore neither she nor her descendants could be enslaved.

In June 1791, when Adam Craig appealed the decision freeing Mary Butler, he enlisted a noted authority on colonial law—the lord propriety’s attorney general of Maryland—who argued that the colonial decision was “conclusive” and “settled the law.” But the Maryland High Court of Appeals was unpersuaded, disregarded the colonial court’s earlier decision, and upheld the general court’s use of hearsay evidence and its decision in favor of Mary Butler’s freedom. Mary Butler’s children immediately sued and won. Thirty-five years old, now a free woman, she appeared in the general court and was deposed as a witness for her children. In case after case the defendants simply conceded the matter, and juries in Annapolis awarded the Butlers not only their freedom but also hundreds of pounds of tobacco in damages, lawyer’s fees, and court costs.

Slaveholders took notice. Jesuit priest Nicholas Lewis Sewall purchased an enslaved woman in Charles County named Chloe in a creditor’s sale. She was “said to be of the Butler Breed.” In the bill of sale, the seller noted that he had changed her name to “Suck” and stipulated that if she won “her freedom by courts of law or otherwise,” then the seller “shall not be answerable or accountable.” The unequivocal warning was caveat emptor, buyer beware.

For good reason, it seemed. Chloe Butler sued Sewall in 1791 and won her freedom. A year later all of her adult children—Abraham, Fanny, Bridget, and Henny—won their cases. Nearly every large slaveholder in the Western Shore of Maryland was involved in the Butler lawsuits, either directly as a defendant or indirectly as a witness: the Carrolls, the Boarmans, the Claggetts, the Diggeses, the Darnalls, the Hills, and the Neales, to name a few. In the October 1791 term of the general court the Butler family won every single case they filed. Stephen Butler sued Charles Carroll of Carrollton, the leader of the Maryland Senate, and the jury handed down a verdict that Butler was “entitled to liberty and all the rights of a free man” and “most unjustly and wrongfully deprived of his liberty.”

The Butler suits suggested that colonial precedent could be overturned, but they left a core question unanswered: Did Mary Butler, Chloe Butler, Stephen Butler, and all of the others prevail in court because their ancestor was white or because their ancestor was free? If hereditary enslavement for descendants of white women offended juries and judges, would they react the same way to claims by free native and free black descendants? William G. Thomas III is the John and Catherine Angle Chair in the Humanities and Professor of History at the University of Nebraska. He previously served as co-founder and director of the Virginia Center for Digital History at the University of Virginia. His books include A Question of Freedom: The Families Who Challenged Slavery from the Nation’s Founding to the Civil War.