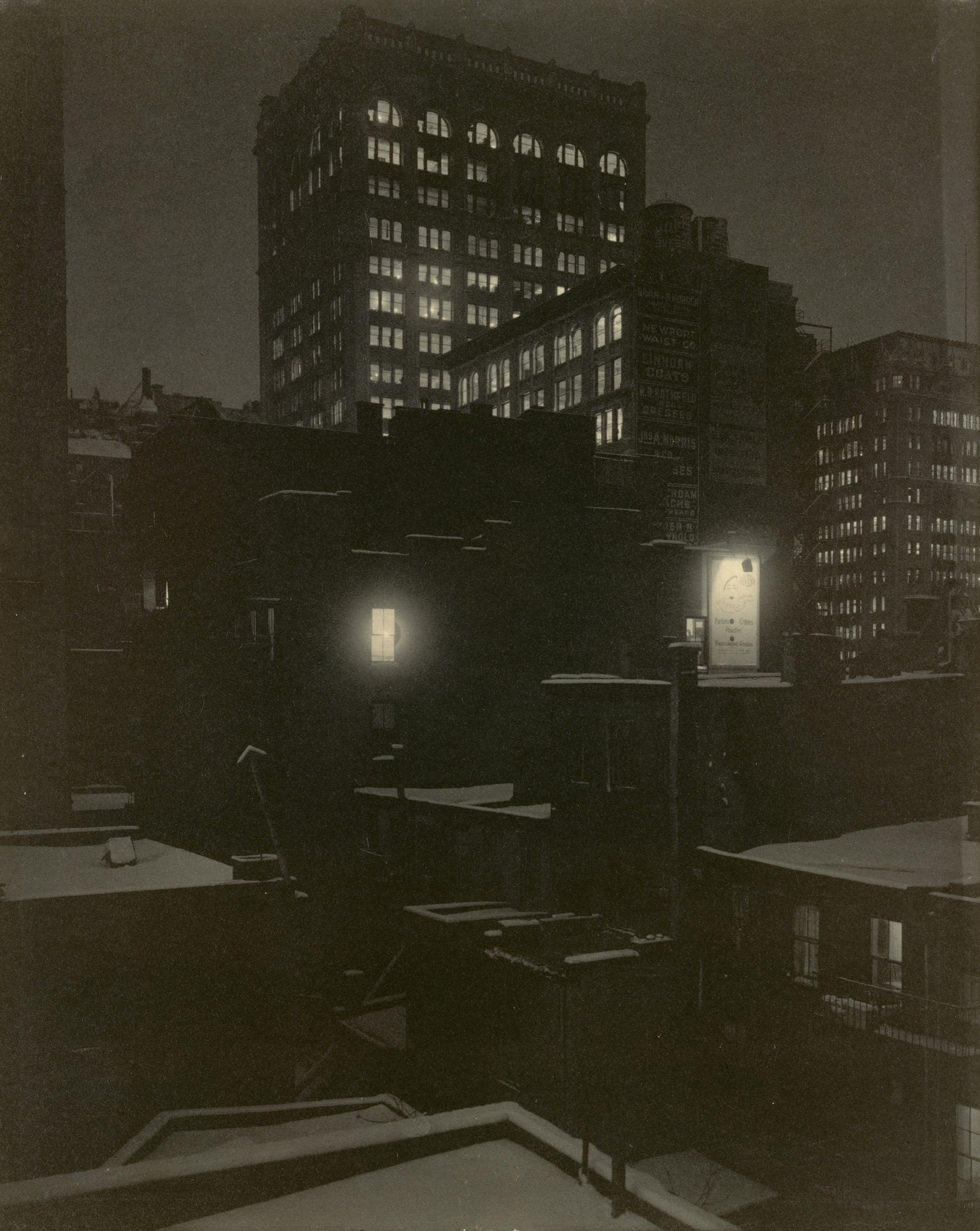 Sometimes I forget that I’ve never been to Dublin. I feel its cobblestones under my feet. I hear the “shouts in the street” of Irish schoolboys—what Stephen Dedalus calls “God” in James Joyce’s Ulysses—as clearly as I do the susurrations of my dog Bloom beneath my desk as I write. I picture the cemetery where my dog’s namesake, Leopold Bloom, attends the funeral of Paddy Dignam, spying at the edges of the funeral party a “lankylooking galoot” wearing a mackintosh, more vividly than I can any of the cemeteries in which my grandparents are buried. I have an uncanny familiarity with what Dedalus elsewhere calls the “items in the catalogue of Dublin’s furniture”: the Martello Tower at Sandycove, the Forty Foot promontory, the “scrotumtightening sea” below, the “unwholesome sandflats” of Sandymount Strand, the residence at 7 Eccles Street, Sweny’s Chemist, Trinity College, Merchant’s Arch, where a man might buy a smutty book like Sweets of Sin for his wife, and on through to the Liffey.

This March marked the hundredth anniversary of the publication of the first chapter of Ulysses—the preeminent “modernist city novel”—in The Little Review. Joyce said to writer Frank Budgen, as they walked along the Universitätstrasse in Zurich, that one of his goals in writing Ulysses was “to give a picture of Dublin so complete that if the city one day suddenly disappeared from the earth it could be reconstructed out of my book.” One can imagine John Dos Passos stating a similar aim with regards to his New York City novel Manhattan Transfer, or Alfred Döblin saying the same of his Berlin Alexanderplatz. These three novels are modernist city novels of the interwar period that move beyond story and character to build structures and trace movements, reconstructing modern metropolises that a world war would soon change forever. Joyce, Dos Passos, and Döblin fashioned not novels but eternal text-cities in which the reader may witness, wander, get lost. 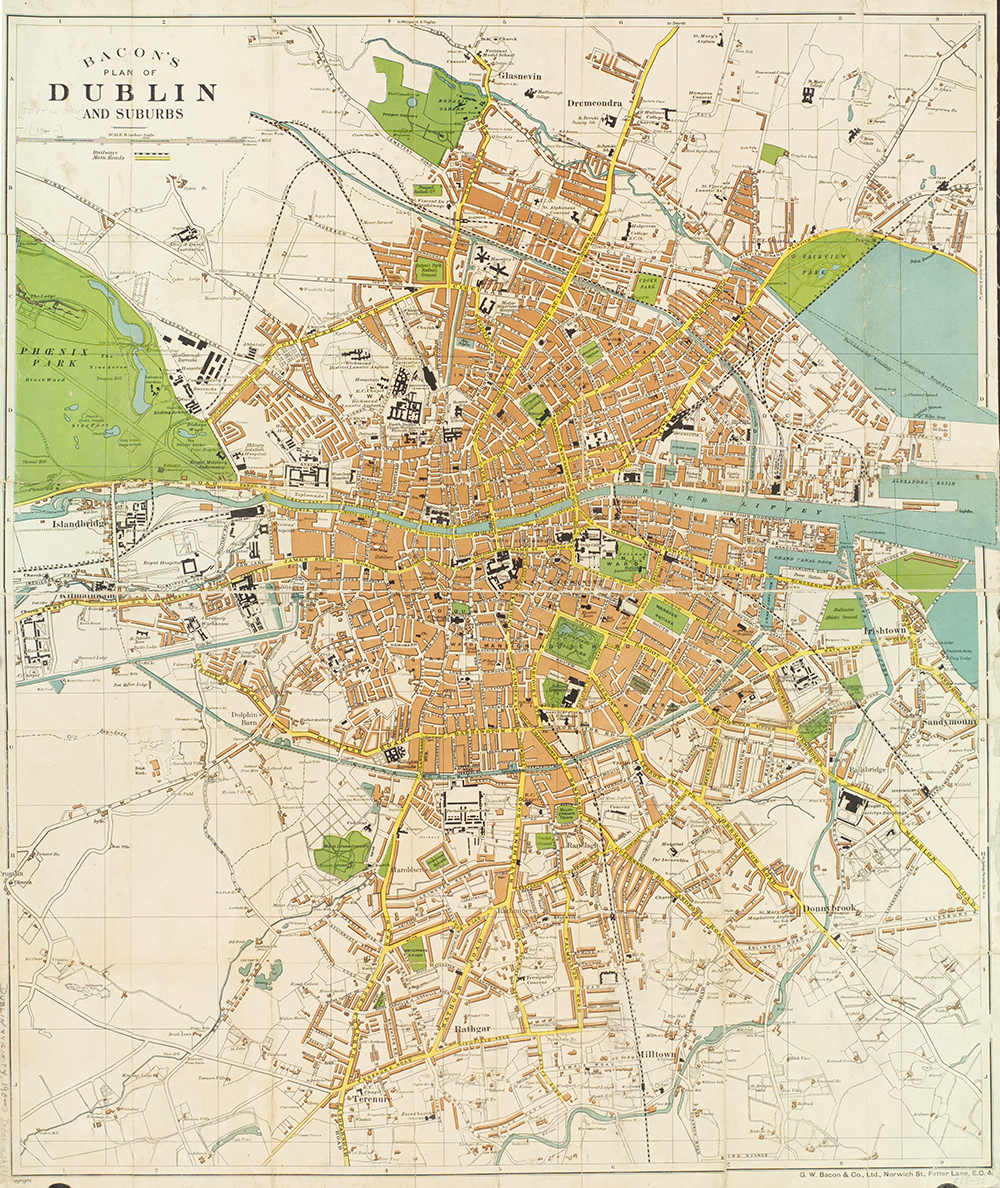 Ostensibly, Berlin Alexanderplatz—reissued last month by NYRB Classics in a new, long-awaited Michael Hofmann translation—is the tale of Franz Biberkopf, “former transport worker, housebreaker, pimp, manslaughterer,” who, upon his release from Tegel Penitentiary, attempts to stay on the straight and narrow. But Berlin is—perhaps as all cities are—a maze of curves and angles, making any straight and narrow path potentially untenable. In titling the book Berlin Alexanderplatz, though, Döblin tips his hand: the traditional concerns of the bourgeois novel—specifically, character and plot—are replaced by an unprecedented interest in the setting, in that urban space, Berlin. The novel is as concerned with presenting the streams of the city’s consciousness as it is with the internal monologues of its protagonist. The reader drifts from page to page as if from street to street. There is a plot, but it is not the principal force of the novel. When Döblin follows a particular plot point too closely, he admits as much: “If the reader is not interested in pursuing that, he can simply skip the following few pages.” It is easier to imagine the novel sans Biberkopf than it is to imagine it outside of Berlin.

No wonder, then, that Biberkopf is elsewhere described as a “cement worker, later furniture mover.” Cities are cement and furniture, building and bustle, things that stay still and things that move. Of course, things that stay still in a city can suddenly, and will eventually, move, grow, change, decay, disappear. Buildings crumble, stores go out of business, streets age, accumulating faultlines like faces. Things that move can and do also momentarily pause. A busker stares up at a pedestrian silhouetted by the sun, still as a statue, his last note lingering. The maelstrom of traffic often screeches to a halt. This is why cities are so difficult to capture in a traditional realist novel, and why they’re the perfect grist for modernist experimentation: the city resists being seen as pure architecture or pure activity. We mistake the city if we take it for mere setting or plot. The city is character; it breathes its own life, speaks in its own tongue, moves to its own rhythms. 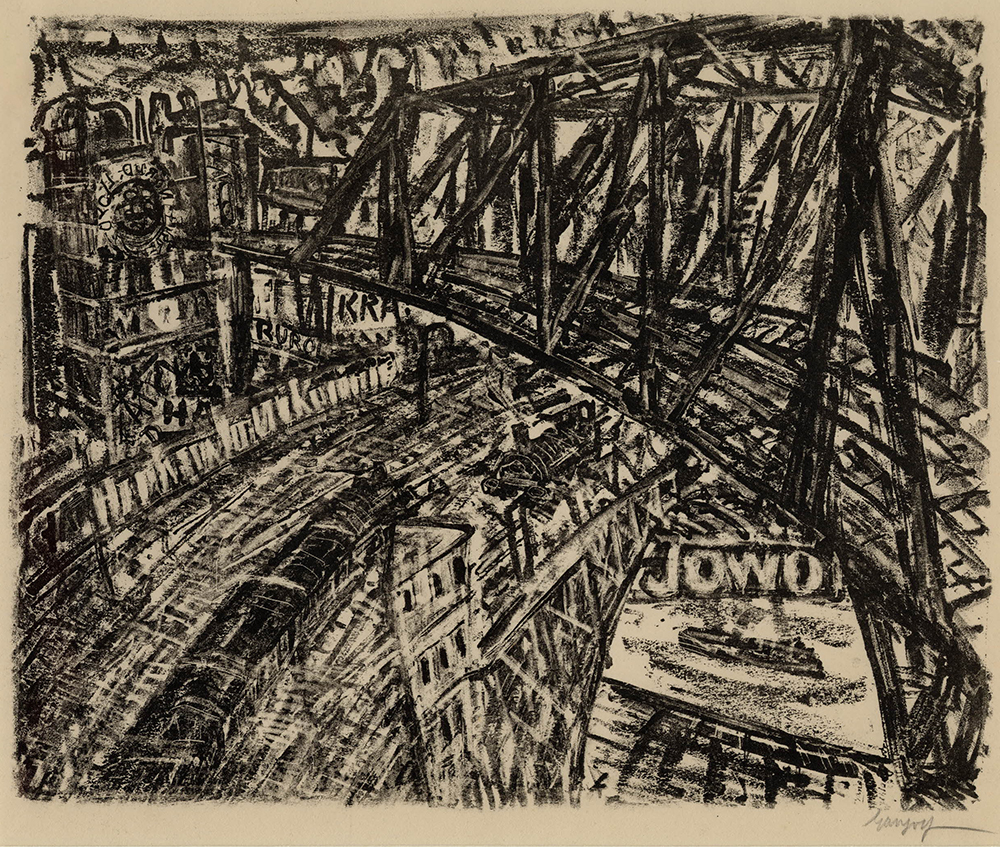 As Biberkopf first enters Berlin, the city’s cacophony overwhelms him—and a barrage of impressions rush toward the reader:

The streets were full of bustle, Seestrasse, people got on and off. Something in him screamed: Watch out, watch out. The tip of his nose felt cold, something brushed his cheek. Zwölf Uhr Mittagszeitung, B.Z, Die neuste Illustrierte, Die Funkstunde. Any more fares. The police have blue uniforms now. He made his way off the tram unnoticed, mingled with the crowd. What was wrong? Nothing. Hey, watch where you’re going or I’ll whop you. The crowds, the crowds. My skull needs grease, it must have dried out. All that stuff. Shoe shops, hat shops, electric lights, bars. People will need shoes to run around in, we had a shoe shop too, once, let’s not forget that. Hundreds of shiny windows, let them flash away at you, they’re nothing to be afraid of, it’s just that they’ve been cleaned, you can always smash them if you want.

A year after the release of Berlin Alexanderplatz, Walter Benjamin claimed, “The stylistic principle governing this book is that of montage. Petty-bourgeois printed matter, scandalmongering, stories of accidents, the sensational incidents of 1928, folk songs, and advertisements rain down in this text.” Döblin not only gives us exquisite descriptions of the architecture and inhabitants of the city, but tosses in weather reports (“An area of low pressure is moving slowly south over a broad front”) and scientific formulas (“The size of the force is expressed with the following formula”), retellings of ancient myth (“Agamemnon, his father, had set out”) and casualty statistics (“In Berlin in 1927, there were 48,742 deaths”), among a maze of other material ordinarily absent from the novel. The narrative apparatus of this text (and of its modernist city-novel brethren) is a bricolage labyrinth—and not only does this replicate the city’s muddle, it also leads the novel down unexplored corridors. “The montage explodes the framework of the novel,” Benjamin writes, “bursts its limits both stylistically and structurally, and clears the way for new, epic possibilities.” 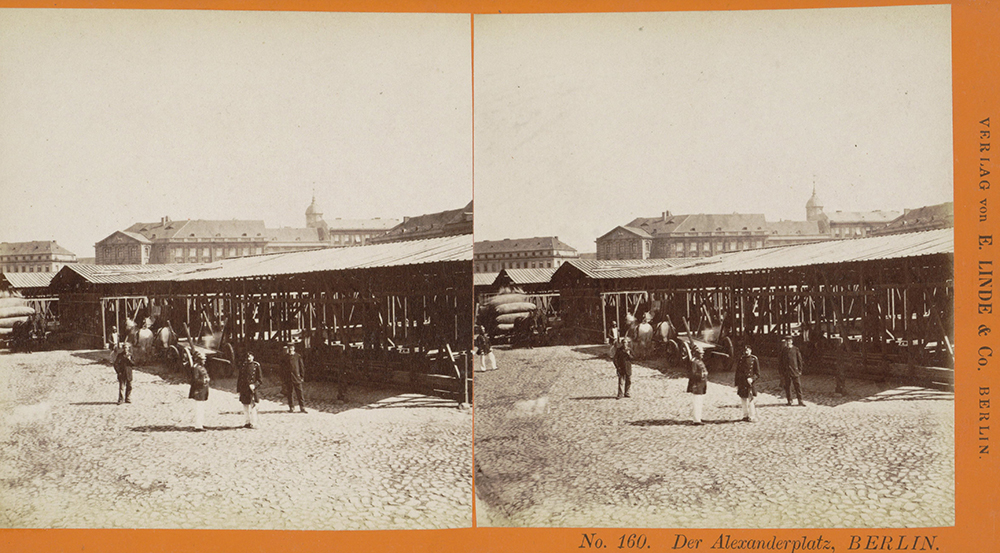 The city, as best expressed in modernist literature, reveals its own “inexhaustible richness” (to borrow a phrase Virginia Woolf used to describe London) through formal innovation and stylistic play. We see this not only in Döblin’s Berlin, Joyce’s Dublin, and Dos Passos’ New York City, but in Woolf’s London, Marcel Proust’s Paris, Franz Kafka’s Prague, Robert Musil’s Vienna, Andrei Bely’s St. Petersburg, and the Harlem of the Harlem Renaissance poets. These writers were not party to the same exact project, but each used avant garde stylistic and formal approaches to represent the muddled metropolis.

This conception of the metropolis, though, wasn’t entirely a modernist creation. The city had long been seen as a site of chaos and confusion, action and grime, mystery and danger. Cesare Pavese claimed that, years before the experiments of Joyce and Döblin, “Balzac discovered the big city as a den of mysteries, and the sense he keeps ever-alert is that of curiosity.” According to Italo Calvino:

To make a novel out of a city, to represent the streets and the various districts as dramatis personae, each one with a character in conflict with every other; to give life to human figures and situations as if they were spontaneous growths from the cobbles of the streets, or else protagonists in such dramatic contrast with them as to cause a whole string of disasters; to work in such a way that at every changing moment the true protagonist was the living city, its biological continuity, the monster that was Paris—this is what Balzac felt impelled to do when he began to write Ferragus.

While it is true that Balzac’s Paris is a multifarious monster—precursor to the textual Berlins and Dublins that came after—the difference between Balzac and his city-novel progeny is that the modernists were less concerned with a city’s “biological continuity” (its unity, progression, and connective tissue) and more interested in what could be called a city’s “biological discontinuity” (its intrinsic inability to adhere to a tidy narrative). This is what Döblin meant when he referred to “the chaos of cities.” In exploration of this biological discontinuity and in articulation of a certain urban texture, the modernists implemented new ways to embody the city’s multitude: the stream of consciousness, multiple perspectives, free indirect discourse, appropriation, fragmentation, and, especially, montage.

Though the play with innovative forms, modes, and registers is one of the defining qualities of modernism, not all modernists used the same devices to reach identical ends. While Virginia Woolf did “dramatize London perpetually,” as she explained in the last year of her life, she never attempted to fully reconstruct the city in a novel in the way Joyce attempted to reconstruct Dublin in Ulysses. She was drawn toward describing the metropolis, giving it gorgeous expression through the impressions and sensations of her characters. Her sentences unspool like film stock, projecting one image unto the next, but they are representational, and filter through her characters’ consciousnesses like point-of-view shots in a movie.

In the work of Joyce, Döblin, and Dos Passos, similar stylistic techniques were performed not merely to describe the city but to reconstruct it. The focus on reconstructing the city and its consciousness (and the expression of this consciousness through extensive use of tools like montage and free indirect discourse) doesn’t just allow these texts to map out an urban landscape, but to become Baedekers in brick and mortar. In other words, Ulysses is not an atlas of Dublin, it is a Dublin; Berlin Alexanderplatz, likewise, is a Berlin. These are not novels; they are cities unto themselves, writ in text of stone and concrete. 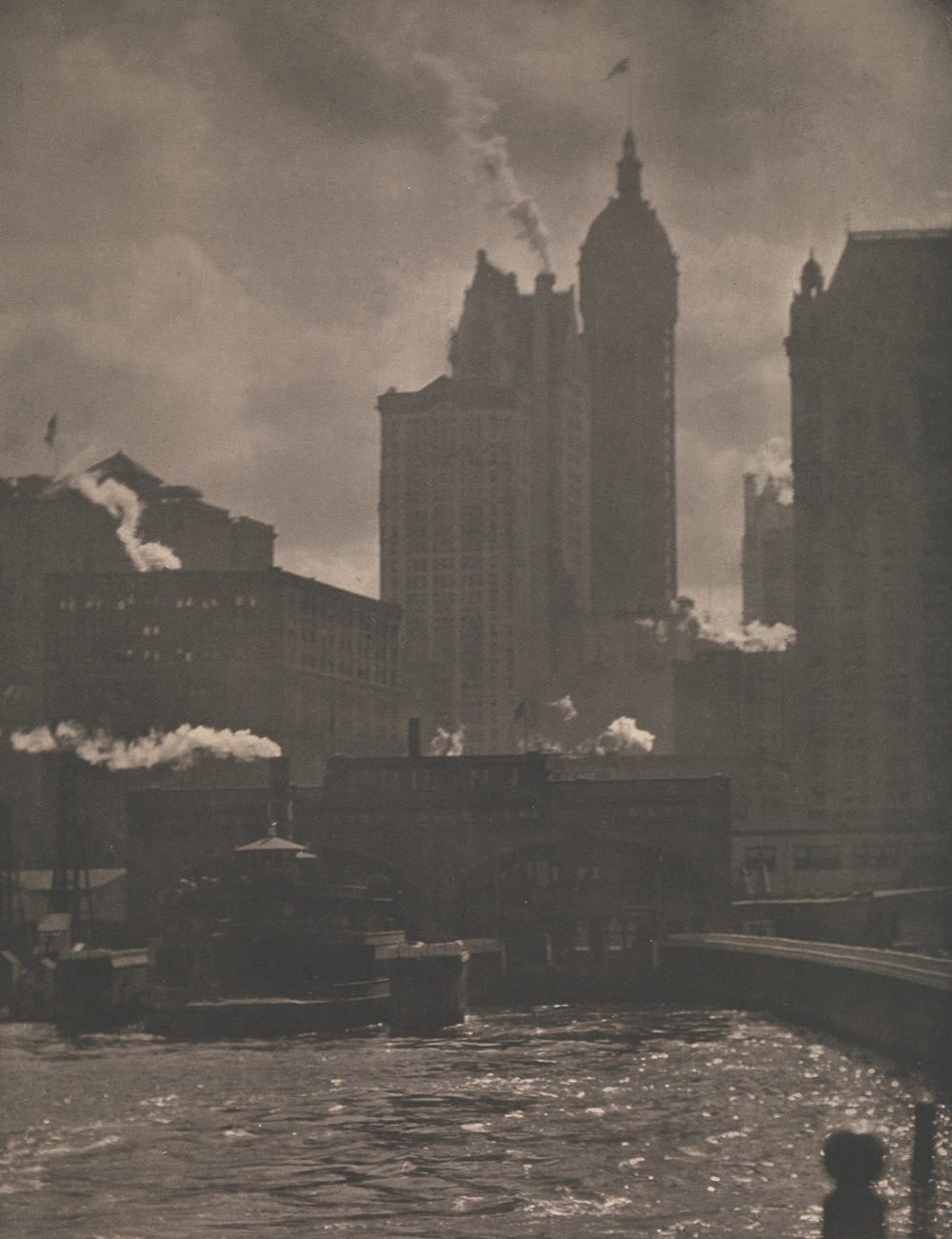 Joyce Carol Oates once asked, “If the city is a text, how shall we read it?” With these novels, the question must be reversed: “If the text is a city, how shall we walk through it?” The answer lies in seeing the reader of the text as that infamous reader of the city: the flâneur, using what Walter Benjamin called “the ambulatory gaze that the flâneur directs on [the city].” For the reader-flâneur, linearity isn’t important; it’s about wandering through the text and seeing what one sees, letting the city speak. In Manhattan Transfer, for example, the New York City docks communicate their cacophony as we readers wander by:

In text-cities like Ulysses, Berlin Alexanderplatz, and Manhattan Transfer, readers walk through words and pages, experiencing a city alive, asserting its idiosyncrasy, its uniqueness—fleeting, eternal, fugitive, infinite—amid the ebb and flow of passages. So I have indeed been to Dublin—a Dublin, at least—and a Berlin, too, walked through them, explored them, felt their rhythms, regardless of whether or not I’ve actually stepped foot on Irish or German soil.

Read more on text-cities in our Fall 2010 issue, The City.

Tyler Malone is a writer based in Southern California. He is the founder and editor-in-chief of The Scofield and a contributing editor for Literary Hub. His work has appeared in the Los Angeles Times, the Los Angeles Review of Books, LA Weekly, and elsewhere.