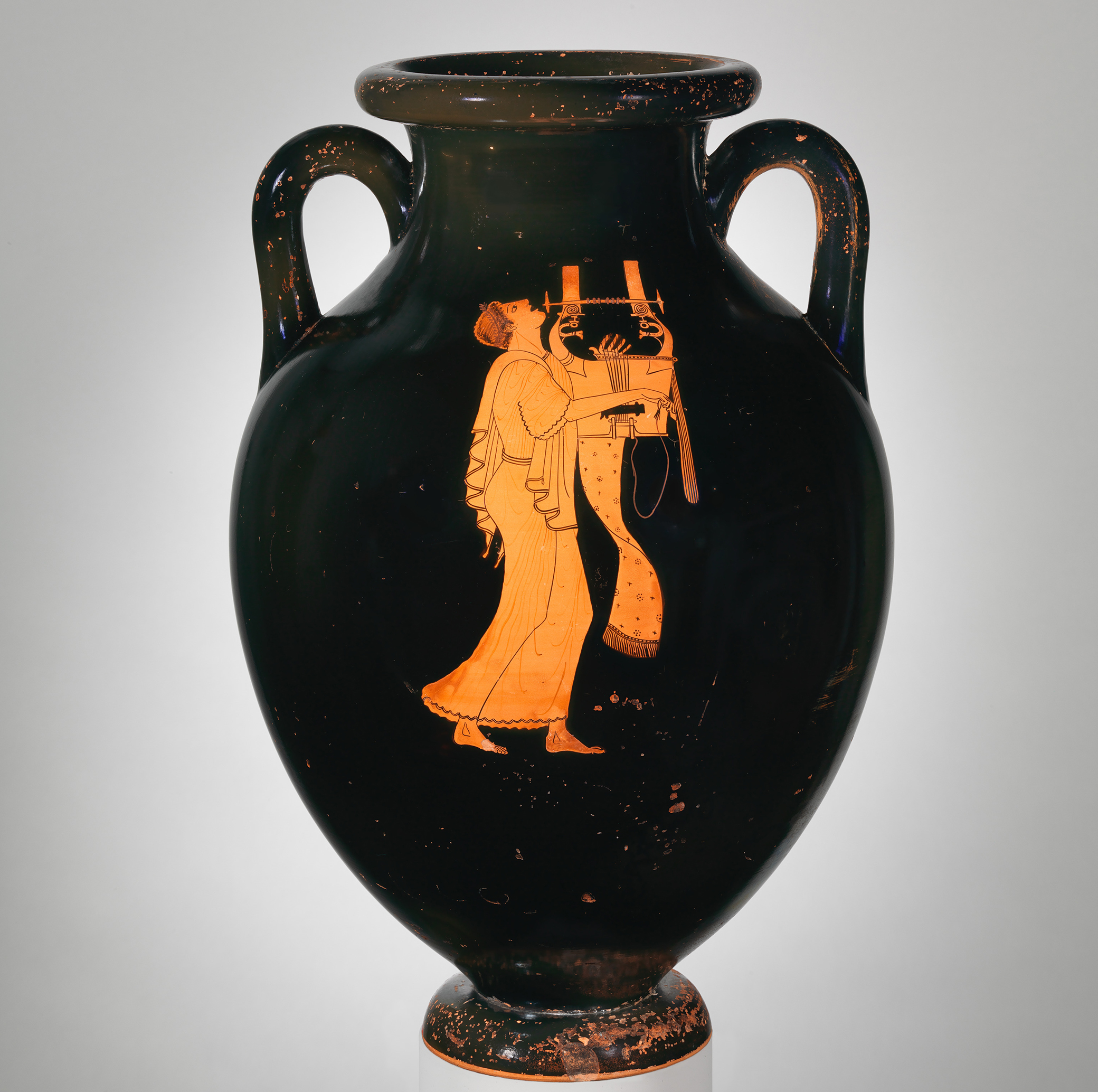 Terracotta amphora, attributed to the Berlin Painter, c. 490 bc. The Metropolitan Museum of Art, Fletcher Fund, 1956.

• Illustrating “the centuries-long process of decolonization as a kind of mitosis.” (Aeon)

• “Much has been said about Frederick Douglass’ relationships with his mostly white travel companions on the antislavery circuit—but what about his black compatriots?” (Black Perspectives)

• Re-creating ancient music for a performance of a Greek tragedy: “His aulos, sounding something like a bagpipe but without its characteristic drone, brought out the somber mood of the old men, weighed down by time (they describe their own song as the ‘dirge of an ancient bird’).” (NYR Daily)

• A puzzle in a pocket diary. (Library of Congress Blog)

• Why you shouldn’t use history in your ads if you’re just going to deploy it incorrectly: the Ancestry.com story. (NBC News)

• While the world waits for the newest royal baby…a photo essay on royal baby traditions. (The New York Times)

• It has been a long time since Ken Burns’ Civil War was released. (Smithsonian.com)

• This week in obituaries: the playwright who wrote Children of a Lesser God, a woman who fought fascists, and the man behind H&R Block.