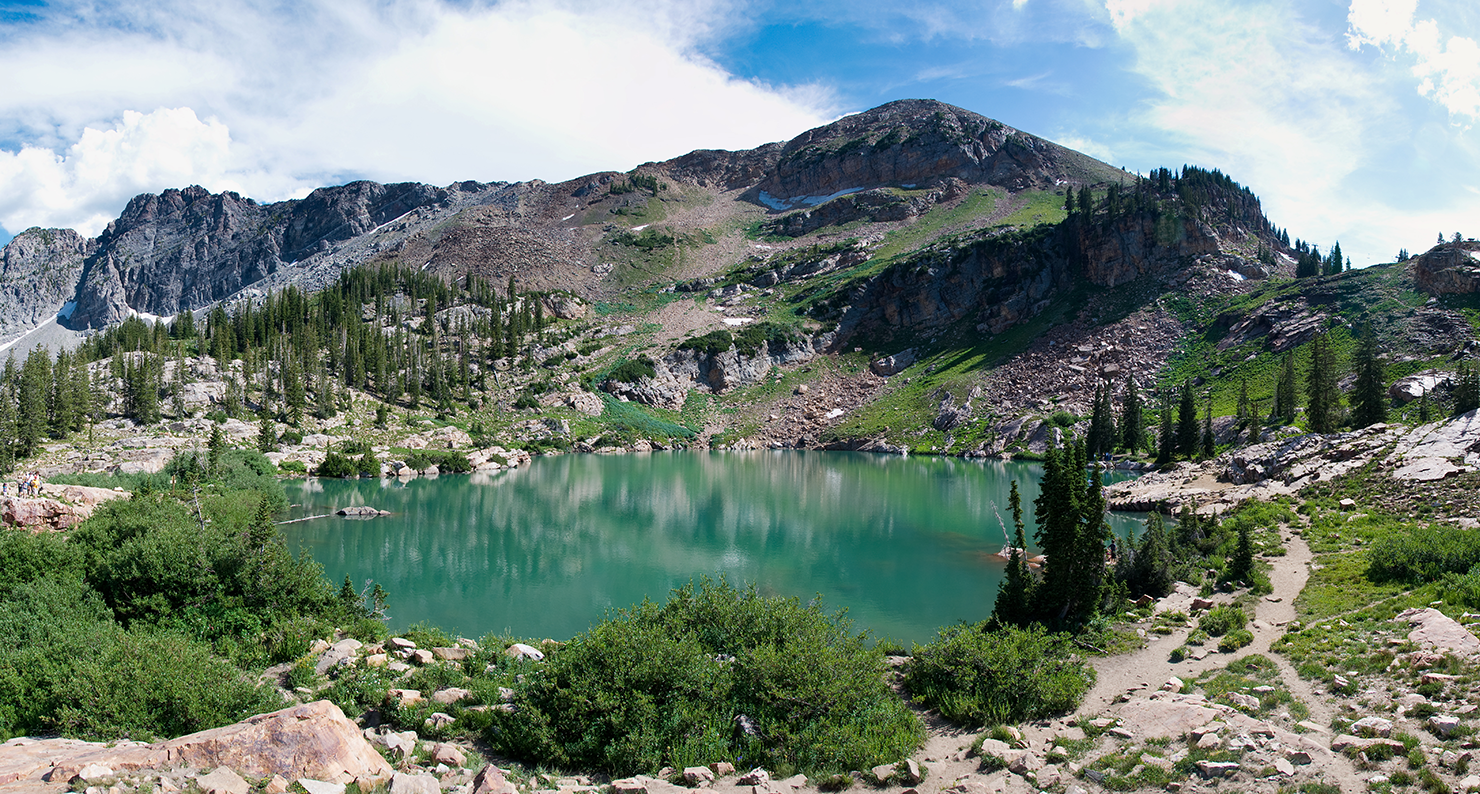 “Great rocks, a lake, and plenty of wildflowers are essential desiderata,” Vladimir Nabokov wrote to James Laughlin, his publisher, in the spring of 1943 as he searched for a place to work on a Guggenheim-supported novel. Laughlin knew just the spot: Alta Lodge, the ski resort he co-owned in the mountains near Salt Lake City. With tourism depressed by wartime, Laughlin was happy to offer a room at six dollars per day to Nabokov; his wife, Vera; and their son, Dmitri. The off-season lodge would be quiet, while the mountain valleys would offer some of the best butterfly collecting in the United States, in a place that had hitherto seen little serious collecting.

The Nabokovs stayed through August, and the quality of the butterflying was as high as promised. Though Nabokov worked away at the book that would become Bend Sinister, he spent at least as much time traipsing the hills in shorts and sneakers, frequently covering a dozen or more miles a day. With the help of Dmitri, he located a lost subspecies of butterfly and collected moths for a friend at the American Museum of Natural History; two of the moths turned out to belong to unknown species.

Nabokov and Laughlin never had a particularly easy relationship. Their first encounter was a negotiation over the publication rights for The Real Life of Sebastian Knight, and they seem never quite to have shed that air of business. “I wanted to be his friend,” Laughlin later wrote, “but he didn’t want any jejeune ninkapoop to be his friend…He would force a smile for me sometimes but it was a long-ways-away smile.” Nabokov, for his part, wrote to Edmund Wilson, “The landlord and the poet are fiercely competing in Laughlin—with the first winning by a neck.” Nonetheless, much of the time he spent at Alta Lodge that summer was in the company of the Nabokov family, and he accompanied Nabokov on a few expeditions.

One proved nearly fatal. After more than four hours of hiking, the two were descending a steep slope covered by ice-crusted snow when they lost their footing and began to slide toward the edge. Nabokov managed to snag a rock with his butterfly net, and Laughlin was able to grab Nabokov’s shoe while rushing past him. The net held, and the men survived. 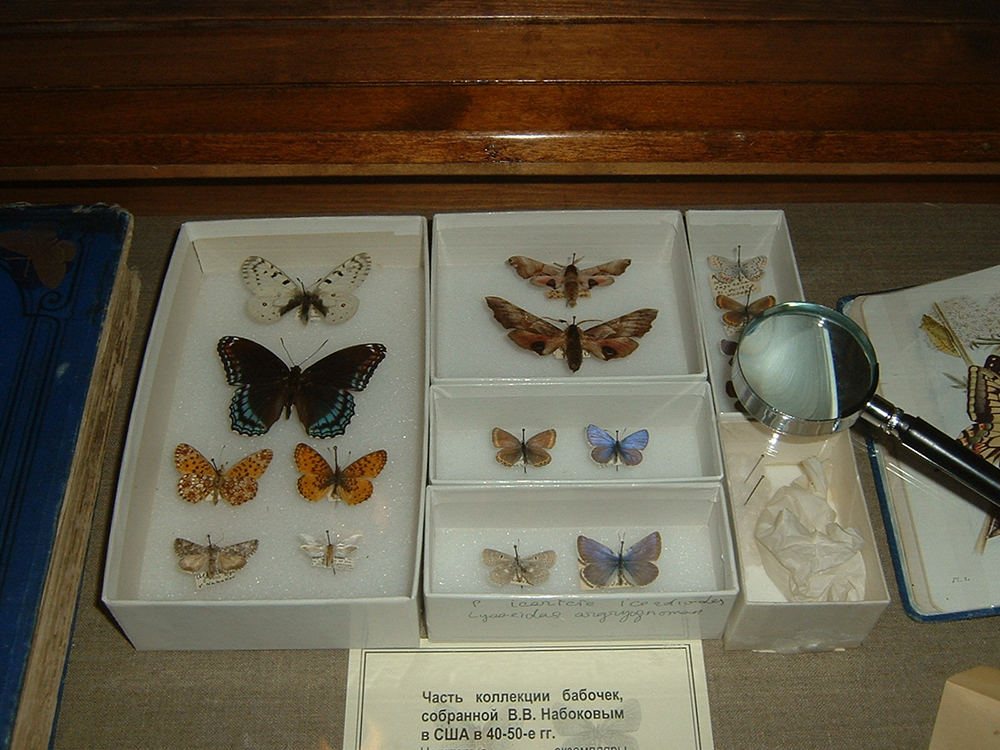 That was not the only time death came near Nabokov that summer. I first encountered the other incident in a letter from Laughlin to Guy Davenport dated July 30, 1989. “He had beautiful manners,” wrote Laughlin of Nabokov, “but his blood was icy.” He then proceeded to tell a story from that summer in Utah: after a long day of butterflying, Nabokov returned for dinner and “told me that he had heard what sounded like groaning in Grizzly Gulch,” which seems to have been roughly a mile away from Alta Lodge. Caught up in the chase of a particular butterfly, Nabokov hadn’t bothered to investigate. “Next day some hikers found the body of an old prospector who had fallen in the steep gulch and cracked open his head and bled to death.”

It seems possible that this was an anecdote Laughlin related regularly, as the other place it turns up in print is in an interview of Laughlin conducted by poet Donald Hall for the August 23, 1981, issue of the New York Times Book Review. Slightly edited, this tale made its way into Clifton Fadiman’s 1985 book Little, Brown Book of Literary Anecdotes. The story Laughlin told Hall is basically the same as in the letter to Davenport, but with the addition of dialogue: “‘Did you stop?’ Laughlin asked him. ‘No, I had to get the butterfly.’”

Both times Laughlin seems to relate it as a mere oddity, a demonstration of Nabokov’s obsessive personality, and adds no commentary. In the letter, he moves right along to a question about Davenport’s recent trip to Paris. For his part, Davenport seems to take the story nearly as lightly, replying only “I think the old prospector was lucky to be desamaritanized by him.” Hall adds a single comment, noting that Nabokov’s fiction “has never been praised for its compassion; he was single-minded if nothing else.”

But surely I’m not alone in being taken aback by it? Even knowing Nabokov to have been self-involved, a bit cold, the callousness evinced here is surprising. Yet the incident is all but absent from the story of Nabokov’s life—it’s not mentioned in Brian Boyd’s exhaustive biography, Robert Roper’s recent Nabokov in America, or Ian S. MacNiven’s biography of Laughlin. Considering the outsize attention generally accorded to all things Nabokov, I’m surprised it has never made waves.

Did it really happen? In his biography of Laughlin, MacNiven writes, “I have found that Laughlin was in the main searingly honest,” but cautions that “he was occasionally unreliable. He sometimes embroidered not out of malice, but because he was a storyteller in the fine old sense of the word: he loved a good tale, and if he could improve on events by giving them a more dramatic spin, so much the better.” He adds, however, that Laughlin “hardly ever invented calumnies about others.” A story about Nabokov ignoring the pain of another in favor of a butterfly chase, surely, would qualify as calumny.

Seven decades later, with so little information to go on, the story is difficult, if not impossible, to verify. At a minimum, it seems that Laughlin touched up one aspect in the telling: in his account for Donald Hall, the gulch was, confusingly, Bear Gulch instead of Grizzly Gulch, and he said it was renamed Dead Man’s Gulch after the death of the prospector. Yet a book published in 1918, George Robert Bird’s Tenderfoot Days in Territorial Utah, refers to a Dead Man’s Gulch near Alta and states it was given that name due to its frequent avalanches. Perhaps, then, the whole thing is an invention, a manifestation of Laughlin’s need to make Nabokov’s chilly standoffishness concrete in the years after their professional relationship lapsed into stubborn arguments about paperback rights and reprints. (In his biography of Laughlin, MacNiven writes that in the 1960s New Directions vice president Robert Mercer MacGregor mused that Nabokov had switched from his declared hobby of “thinking up chess problems for experts” to doing the same for publishers.) 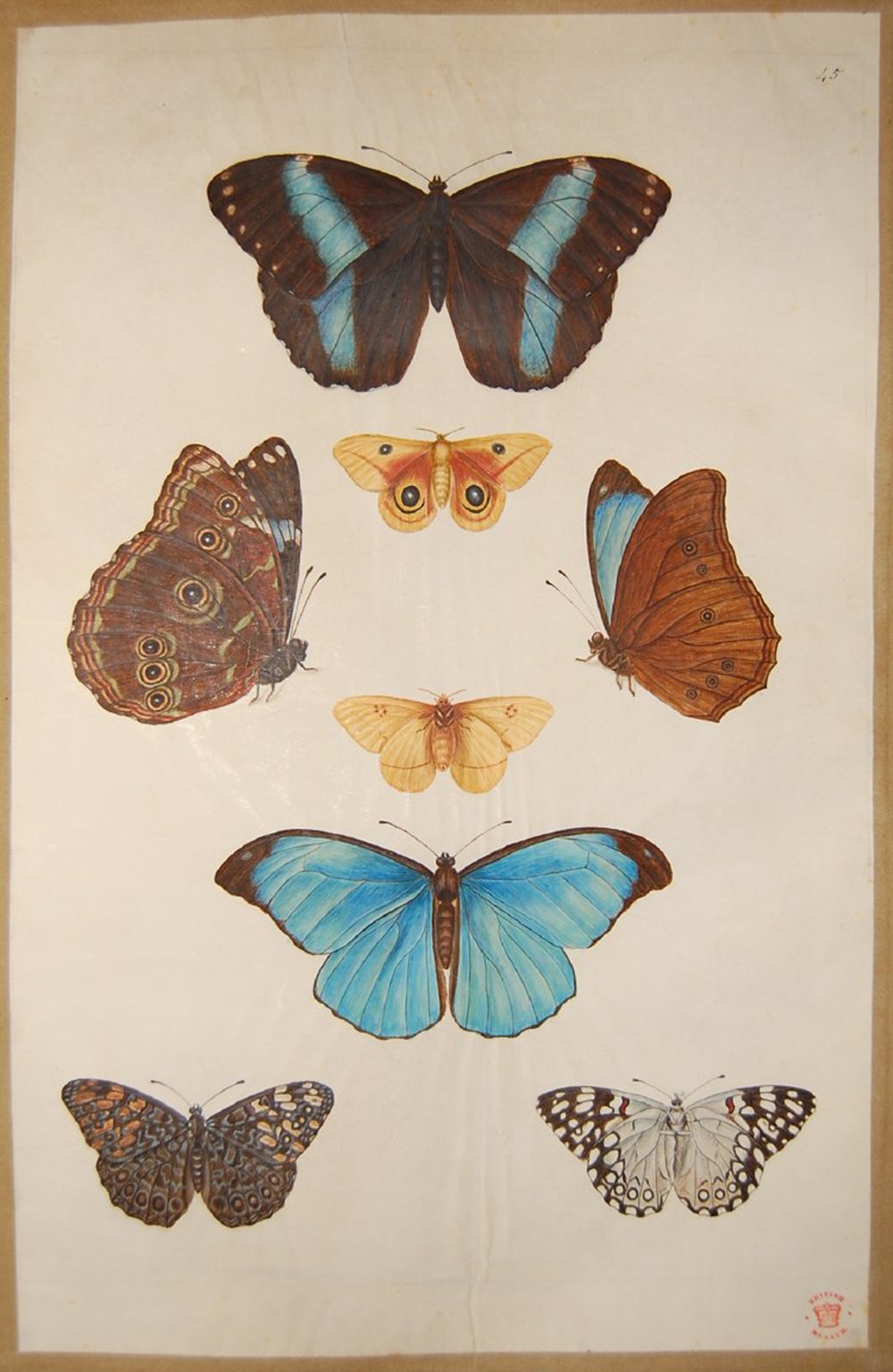 Still, the story comports with what we know of Nabokov’s focus when the subject was butterflies. In his memoir, Speak, Memory, Nabokov writes, “Few things indeed have I known in the way of emotion or appetite, ambition or achievement, that could surpass in richness or strength the excitement of entomological exploration.” That interest could certainly turn obsessive, and Brian Boyd, in the introduction to Nabokov’s Butterflies, describes Nabokov’s time studying specimens in a Cornell lab in the 1940s as such: “Why did he feel driven to spend up to fourteen hours a day at the microscope? Chiefly because he could not stop. He found it bliss to be able to make far-reaching discoveries.” Does his “passion for pappillons,” Boyd wonders, “indicate that he is insufficiently interested in people?”

It’s a charge that has been levied at Nabokov many times. Critics have argued that his works privilege aesthetics—particularly the aesthetics of prose—over human interest or moral questions. Nabokov at times offered support for that position, writing in 1959, “For me a work of fiction exists only insofar as it affords me what I shall bluntly call aesthetic bliss,” and that “Lolita has no moral in tow.” But, as with so many things relating to Nabokov, here lies treacherous ground: many scholars today push against that view of his work. A few years before denying any morality to Lolita, Nabokov had taken the opposite position, writing to Edmund Wilson, “When you do read Lolita, please mark that it is a highly moral affair.” In 1945, defending his book on Gogol, he offered a more nuanced take on the relationship between morality and art: “I never meant to deny the moral impact of art which is certainly inherent in every genuine work of art. What I do deny and am prepared to fight to the last drop of my ink is the deliberate moralizing which to me kills every vestige of art in a work however skillfully written.”

Regardless of whether the incident actually happened, perhaps Nabokov might have appreciated Laughlin’s telling it as a story, refusing to make it a clear morality tale and leaving the shock to stand on its own. But it seems likely that Nabokov wouldn’t have appreciated the one other place, exceedingly strange, where the story lives on today: in sermons. An online search for the terms Nabokov and dead prospector turns up a handful of ready-made inserts for a sermon on the story of the Good Samaritan that uses Nabokov as an instructive counterexample. Seemingly all trace back to the Little, Brown Book of Literary Anecdotes. One concludes, simply, “While people around us are dying, how often we chase butterflies!” Another follows the story with “Praise God that Jesus did anything but chasing butterflies! He has chased us down with compassion and proved it by going to the cross.” And thus Nabokov, known to many only as the man who wrote that dirty book, makes his way into church, an unlikely stand-in for us and our everyday failures of compassion.

Levi Stahl is the editor of The Getaway Car: A Donald E. Westlake Nonfiction Miscellany and the marketing director at the University of Chicago Press. He tweets about books as @levistahl.