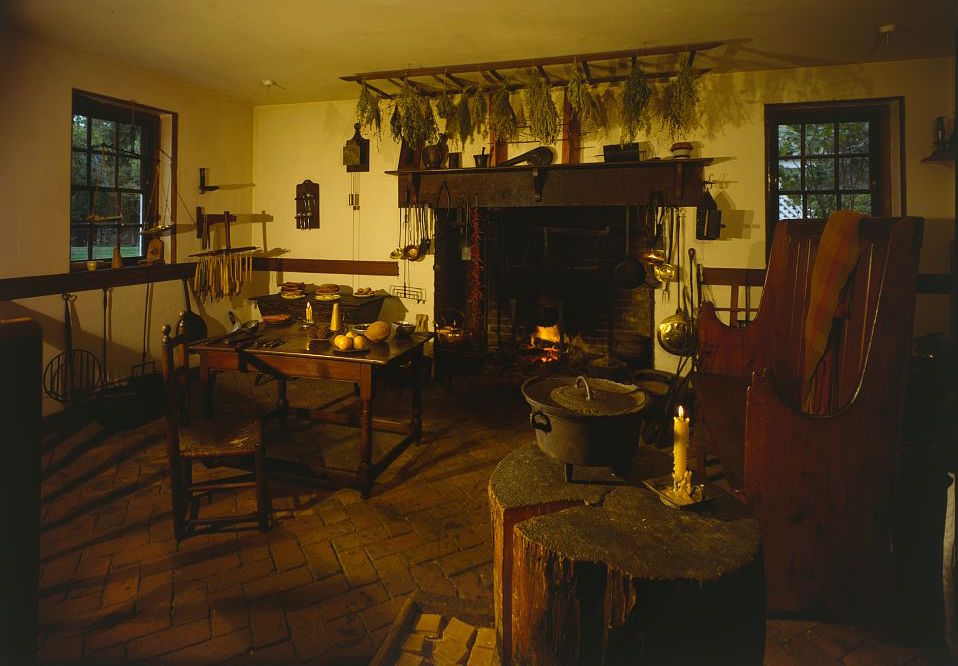 American food is bland—so goes the stereotype, at least. But the truth is, we’ve been eating hot bowls of fiery chili and cayenne-pepper-laced curries for more than two centuries, and now there’s a bottle of Sriracha in nearly every fridge. America has a long history with heat: we went from spicy-food lovers to haters and all the way back again. And our relationship with spicy food—which involves native cuisines, immigration, and the domestic-science movement—speaks to our complicated identities as Americans.

Much of what we view as American identity is English: pilgrims and Plymouth, pumpkin pie and pot roast. It’s seasoned with at most a few herbs, perhaps a few imported spices. It’s from this English heritage that much of our stereotype of being lovers of bland food comes from. But by the early nineteenth century, American cookbooks had begun to move away from pure British cuisine, reflecting America’s multiculturalism with increasingly fiery food. One of America’s earliest cookbooks is also considered one of the most influential: The Virginia Housewife by Mary Randolph, published in 1824. As food historian Karen Hess points out in her introduction to the 1984 reprint, Randolph’s recipe selection illustrated “an elemental change in palate” from somewhat tame English dishes to highly spiced regional cuisine. Randolph’s book contains half a dozen curry recipes and a homemade curry powder that uses a full ounce of cayenne pepper, as well as turmeric, coriander, cumin, ginger, nutmeg, and mace. The recipes reflected not only her British forebears’ love of curry (which also bucks the bland-food stereotype) but also a common trait of American port cities: a love of spicy cuisine from the Far East. Indigenous American foods are reflected in the recipe “To Barbecue Shote”: the origin of barbecue is the native word and cooking technique barbacoa, and in this recipe a “fat, young hog” is dressed in a sauce that includes garlic, black pepper, and highly seasoned mushroom ketchup (a soy-sauce-like concoction made from salted fermented mushrooms and spices). Enslaved black cooks brought dishes and spicy seasonings from the Caribbean like pepper pot, a tripe soup that includes whole dried chilies in Randolph’s recipe. Based on The Virginia Housewife, it would be safe to say that America in the first half of the nineteenth century was a very spicy place.

But not everyone approved of this liberal use of spice in American cooking. In the 1830s, the Reverend Sylvester Graham, an advocate of vegetarianism, spoke out against spice. You may have heard of Graham: he invented a whole-wheat flour—which he dubbed Graham flour—that is used to make the cracker that also bears his name. In his book Lectures on the Science of Human Life, a compilation of talks he gave across the country, Graham warned that black pepper—today considered the most innocuous of spices—caused irritation to the system that would lead to fits of depression and ultimately insanity.

As alarmist as his views may sound today, Graham and his fellow food reformers had lasting effects on our daily diet. Positive changes included the addition of more whole grains, fruits, and vegetables to our meals. Negative changes, like a suspicion of strong flavors, led American cuisine down a path to blandness. In an effort to keep food “pure” and “wholesome,” we began reforming our own culinary traditions, editing out rich spice blends, garden herbs, and even sour condiments.

A final blow to spicy food was dealt with the advent of domestic science. The late nineteenth century brought the discoveries of vitamins, minerals, and calories. Diet was looked at in a new scientific light, and the role of the mother—who was responsible for feeding her family—was imbued with a new level of responsibility. Home economics courses were offered in colleges, and dietitians taught women how to prepare balanced meals. The word mother had a new meaning: domestic scientist, expert of her family’s health.

But flavor was not seen as important within domestic science. In fact, spices could be considered detrimental to health. Spices didn’t deliver valuable vitamins or calories; from a nutritional standpoint, they were useless. The addition of spice to food was deemphasized—it was important for food to be healthy, not for it to taste good. These new ideas on how to make a proper meal can be seen in Fannie Farmer’s Boston Cooking School Cookbook. First published in 1896, it was known for its emphasis on standardized measurement and balanced nutrition. In the introduction, Farmer wrote, “Food is anything that nourishes the body,” and went on to offer a lengthy explanation of “proteids,” carbohydrates, the chemical composition of milk, and other revelations from domestic science. Under the heading “Condiments,” she includes only thirteen herbs and spices important to cooking, offering black and white pepper as separate ingredients; she noted that the latter is “less irritating than black pepper to the coating of the stomach.” Cayenne is mentioned, but her recipes never include more than “a few grains.” “Condiments are not classified as food,” Farmer explained. “They are used to stimulate the appetite by adding flavor to food,” but their presence seemed entirely optional.

The influence of food reformers like Graham, the advent of domestic science, and the popularity of Farmer’s cookbook left much of American food extremely bland by the turn of the twentieth century. A 1909 New York Times article about the popularity of French food in the United States sought to reassure those who feared that French cuisine was “highly spiced, thereby injurious to the American palate”: “The hot spices of the tropics, used to stimulate sluggish livers, find no place on the French cook’s shelf. He has little use for peppers, ginger, curry, pickles, and hot or acid seasonings. Food elements irritating and stimulating are not French.” The article goes on to say that eating traditional American food, such as the spicy “traditional” American recipes in The Virginia Housewife, leads to a cabinet filled with “medicine bottles and pill boxes—blood medicine, liver, and stomach regulators, tonics and appetizers.” 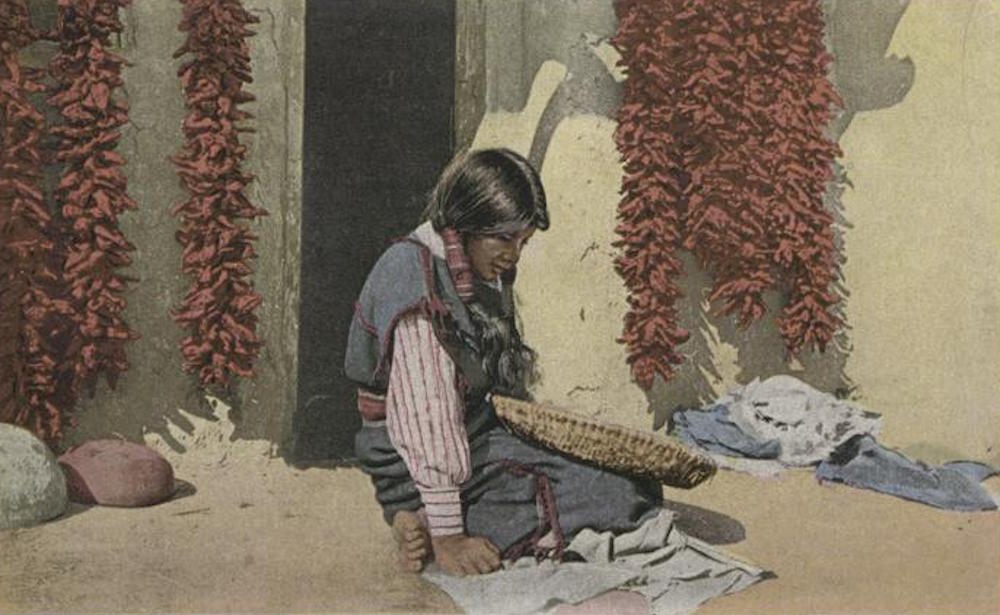 Postwar America began to move away from the bland world of safe, balanced, “nutritional” food, however. Much of this change of attitude came because World War II had sent soldiers to France and Italy, where they could sample and grow to love the local cuisine. James Beard was stationed in Provence during the war, and his experiences with the local garlic-laden, heavily seasoned cuisine would affect for him the rest of his career. Beard became a culinary icon, and the “Seasoning Shelf” chapter of his Fireside Cookbook (1949) has thirty-three separate entries, more than twice as many as Farmer recommended fifty years earlier.

More recently, increased immigration from Central America, the Caribbean, and Southeast Asia have made the biggest changes in how Americans eat, making spicier cuisine and condiments a part of mainstream culture. Spicy Sichuan cuisine from China became a part of the American landscape after restrictive immigration laws were lifted with the Immigration and Nationality Act of 1965. David Tran, creator of America’s beloved Sriracha hot sauce, and his family came to the U.S. as refugees in 1980, after the Vietnam War. A new generation of Indian Americans are opening fast-casual restaurants that are mainstreaming hot Indian flavors. All of these Americans have changed who we are as a country for the better, and that change is reflected in what we eat.

Many of these new immigrants come from hot parts of the world, and most spicy cuisine originates near the equator. Many spices we consider hot are also antimicrobial; according to one study by Cornell University, garlic and cayenne pepper kill many food-borne microbes upon contact. These bacteria-fighting properties helped preserve food in warm climates, where microbe growth was a threat, especially in a time before refrigeration. But one reason these cuisines remain spicy—and appeal to humans in cooler climes—is that spicy food is addictive. Capsaicin, a chemical in chili peppers, trips heat receptors in our mouth. Our brain, fearing trouble, releases endorphins to calm us. Endorphins are addictive, so we begin to crave the experience and seek to repeat it. Spicy food becomes a safe thrill.

For nearly two hundred years, the idea of spicy food has stood in opposition to the concept of “healthy” food, whether or not Americans agreed heavily spiced food tasted good. But today, the opposite idea has taken hold: spicy food is being studied for its ability to kill cancer cells. A study at Purdue University found spicy food made diners feel more satiated, which helped with weight loss. Capsaicin’s endorphin-releasing properties are also being used for pain management. Another study, done in China, showed that individuals who ate spicy food, particularly chilies, six to seven times per week reduced their overall risk of premature death by 14 percent.

Spicy food has made its home in America once again, thanks to a new wave of Americans who have changed this country’s demographics and food preferences, as well as a better understanding of the health benefits of spicy food. It is a symbol of America’s complex and multicultural nature, from the references to indigenous and Afro-Caribbean cuisine in The Virginia Housewife to today’s “Signature Sriracha Sandwich” on offer at McDonald’s. Contrary to popular stereotypes, Americans love spicy food.